The D23 Expo 2022 is in full swing at Anaheim, and our MickeyBloggers are over there reporting live all weekend! But, amidst all the exciting announcements, speeches, trailers, and more, we stopped by Disney California Adventure, to visit the Oogie Boogie Bash that took place last night…. 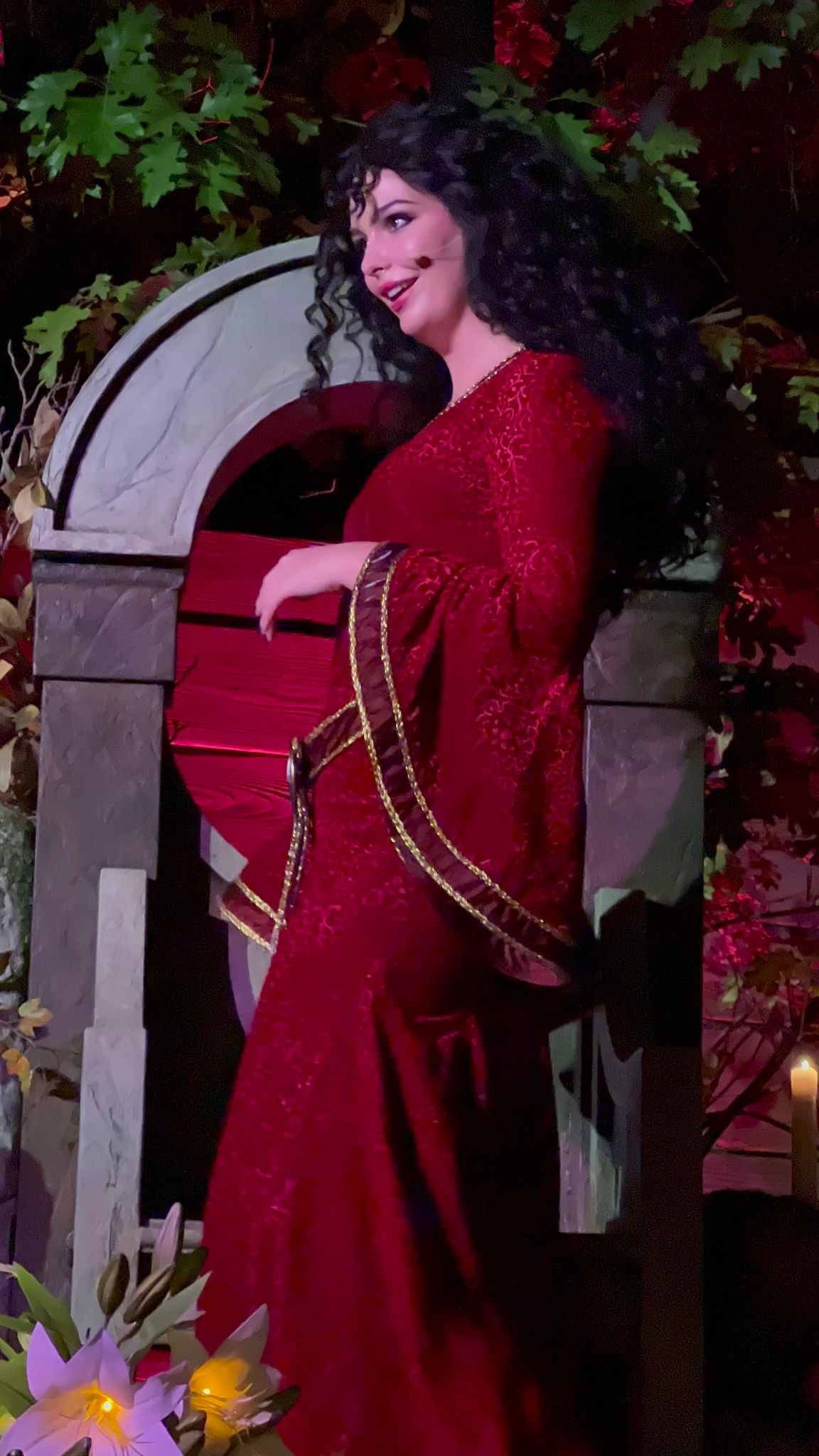 As expected, guests attending the special, ticketed event were joined by a whole host of ruffians and thugs, including a chilling assortment of Disney Villains! One such terror was Mother Gothel, who was out to gaslight guests and make consistent claims that, after all, Mother knows best. 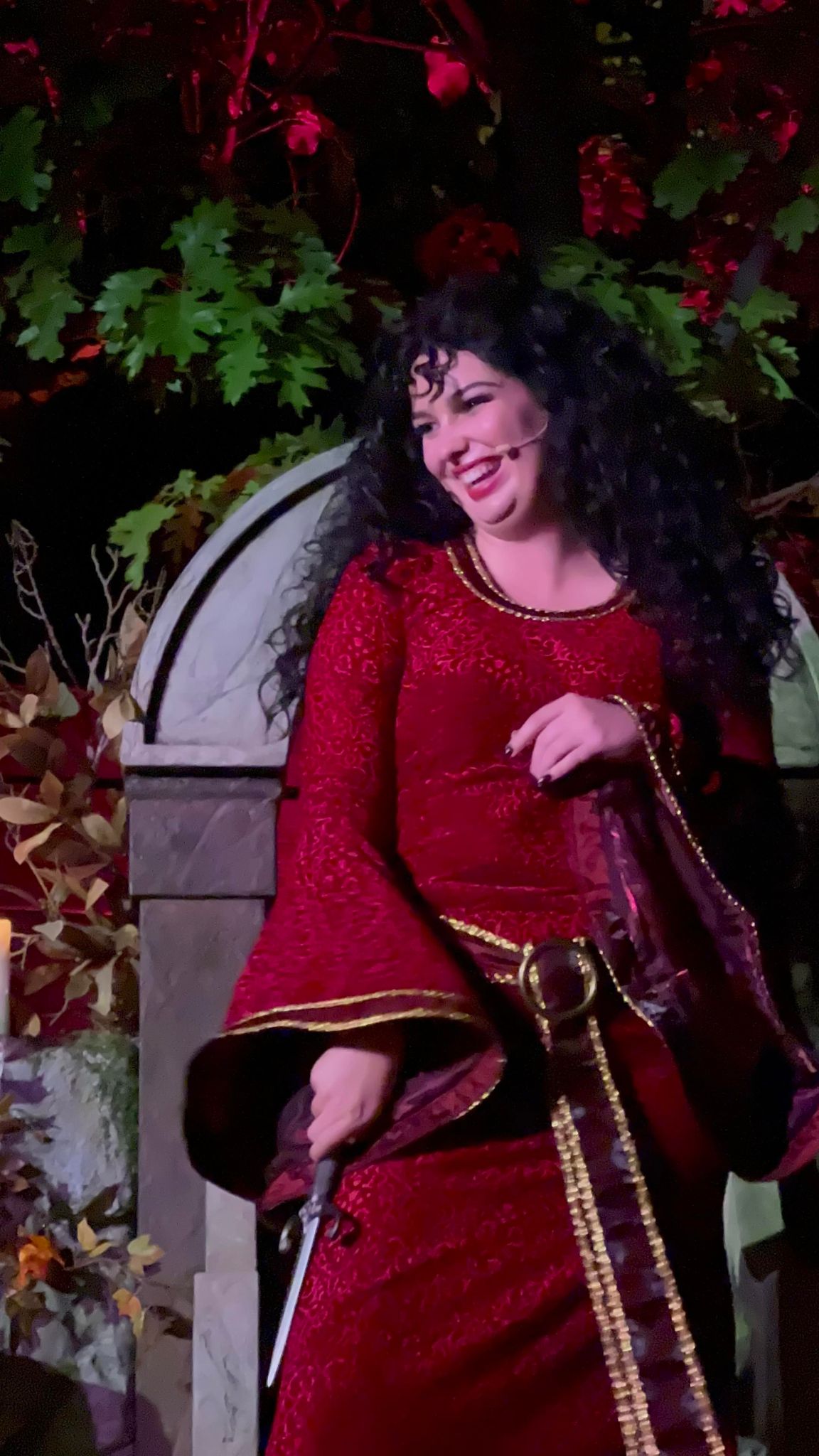 As evil as she may be, I will say that Mother Gothel was looking rather fabulous last night, in her blood-red, embellished gown and with her black curls bouncing in the wind. I almost feel sloppy, underdressed, immature and clumsy just looking at her – no wonder Rapunzel felt safer staying inside her tower.

Just look at that dagger she is holding! It’s a scary world out there! 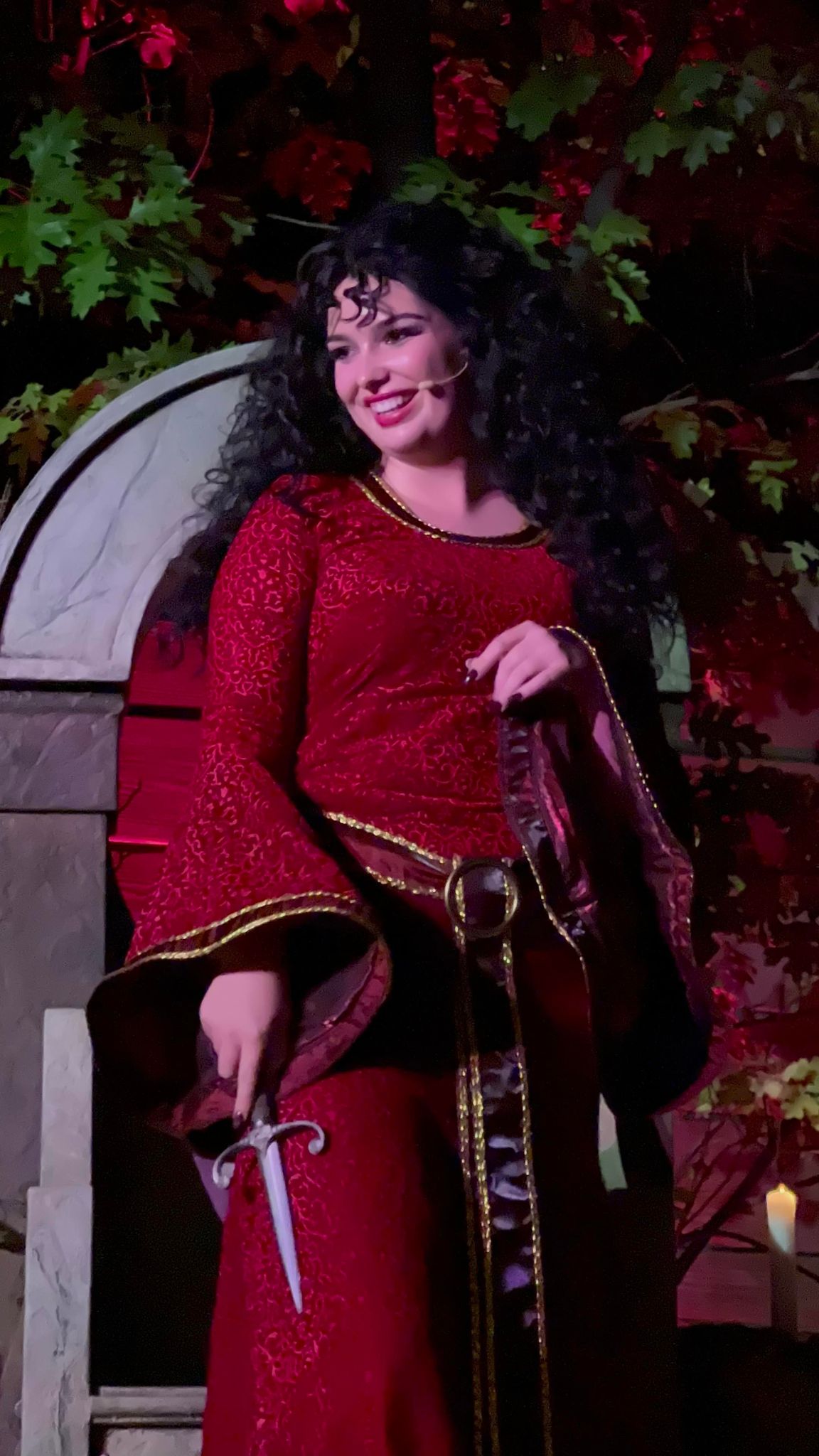 At the bash, Mother Gothel was joined by a host of many other characters out to interact with guests. One character making his meet-and-greet debut was Bruno, from Disney’s Encanto!

I know they say we don’t talk about Bruno, but we actually wrote a whole article on the interaction – which you can read here! 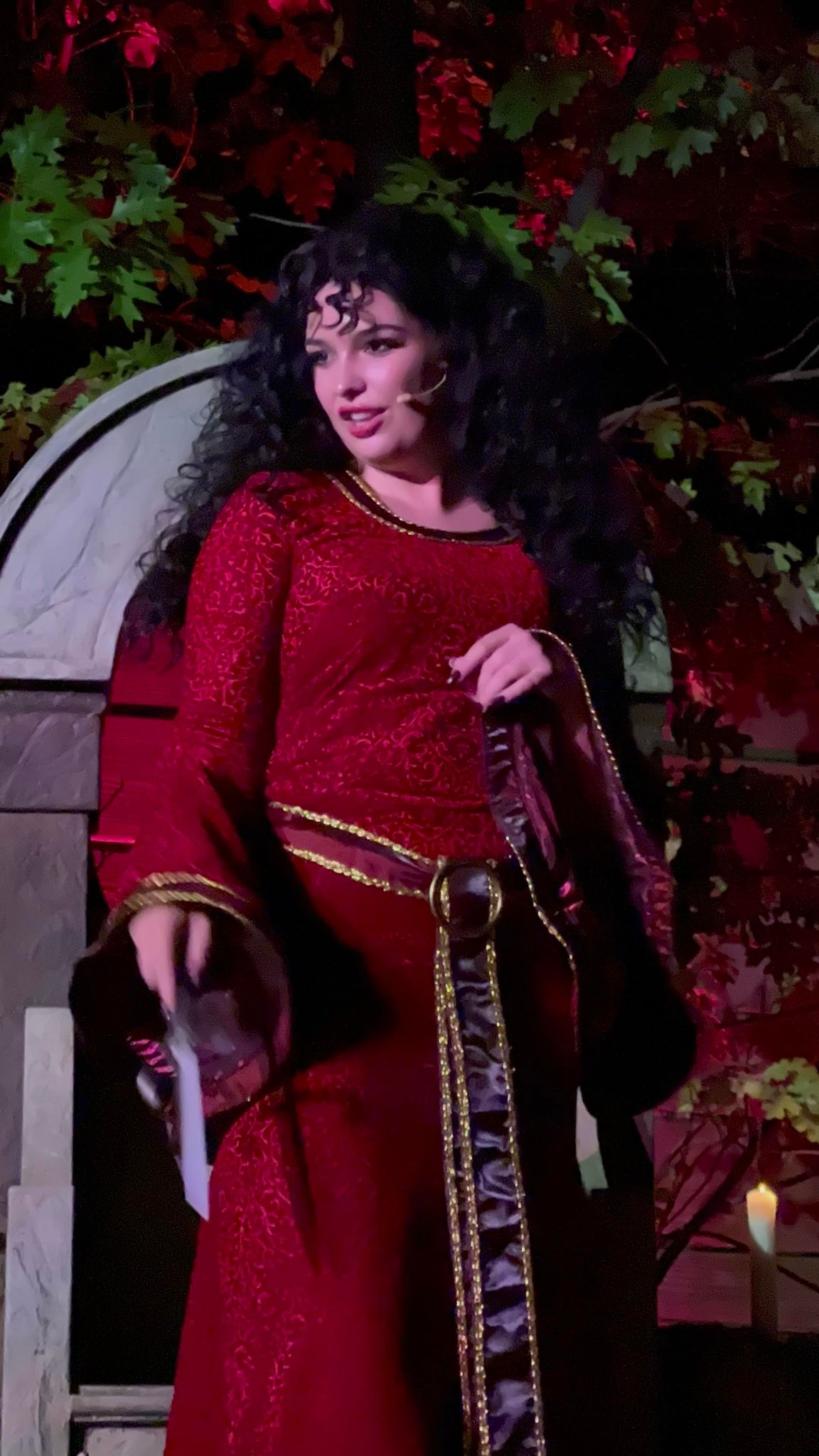 The Oogie Boogie Bash is a consistently popular event at Disneyland, with all party dates for this year already sold out. So, if you’re hoping to attend next year’s dates, you’d better clear your diary early, as these villainous gatherings sure are a hot ticket event! 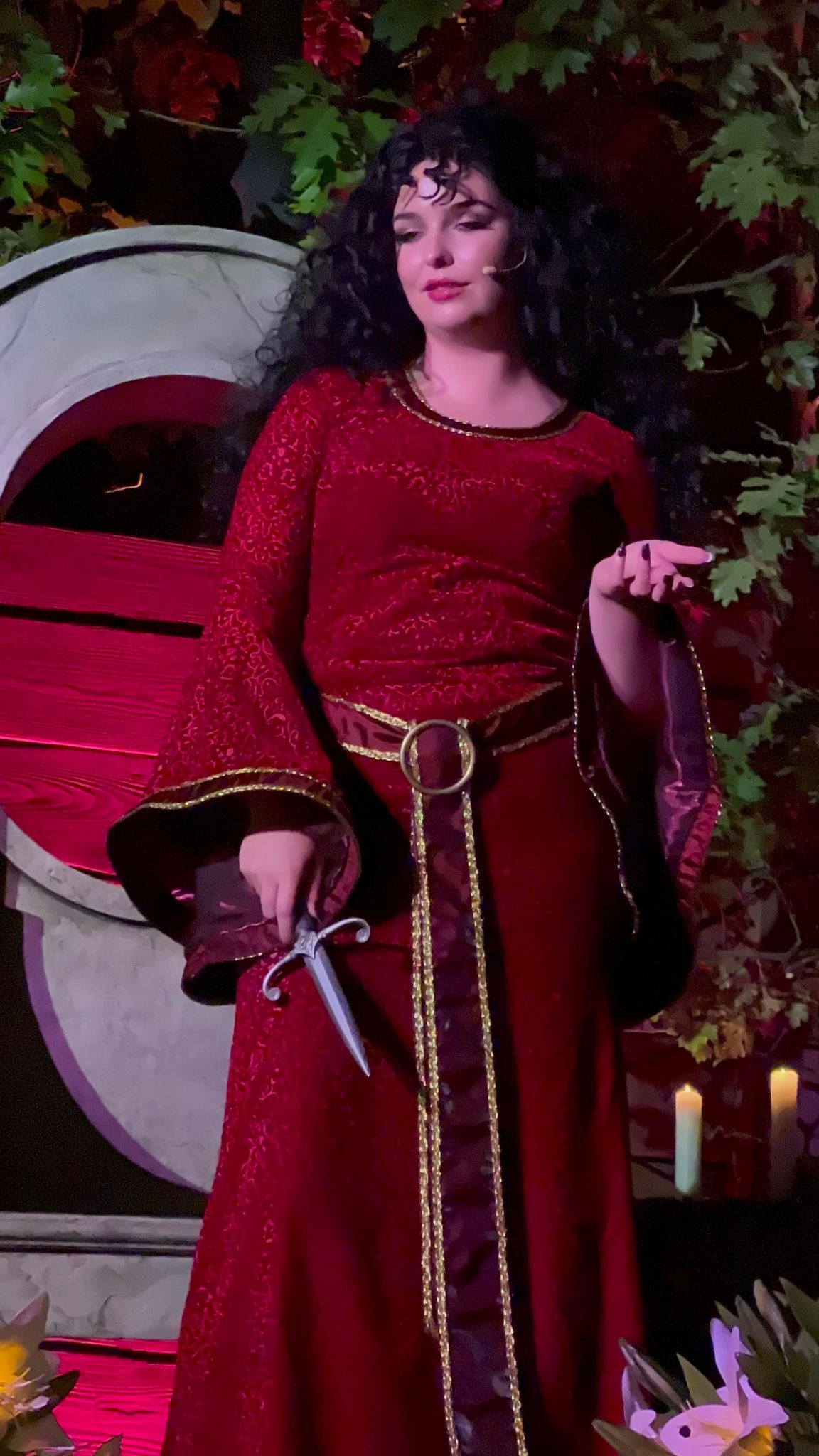 As ever, it was a chilling experience to meet Mother Gothel at the Oogie Boogie Bash. Make sure to stay tuned to MickeyBlog.com and over on our social channels for more sneak peeks at what else took place during the event! 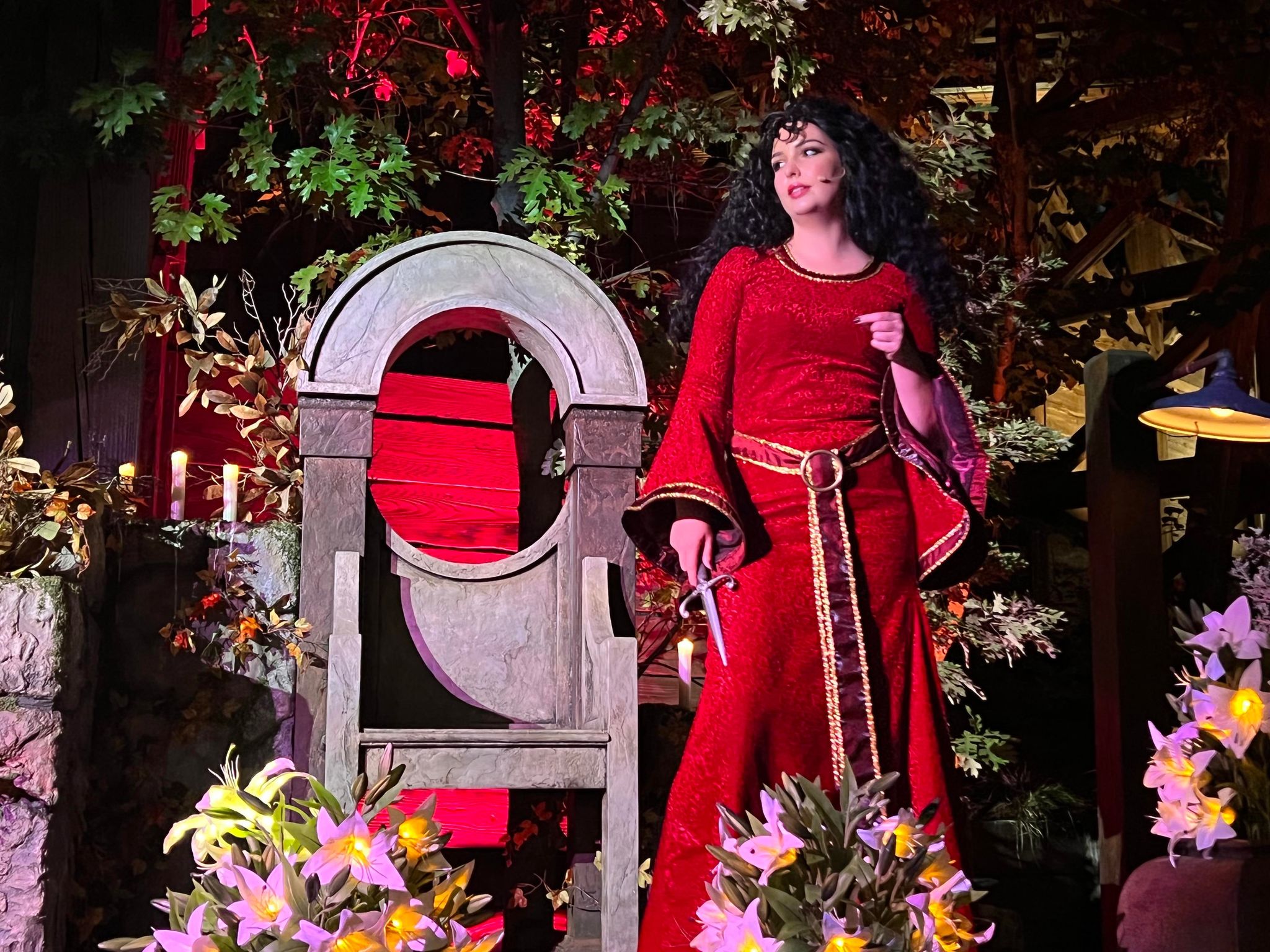