ICYMI: All the Marvel Projects Announced at This Year’s D23 Expo 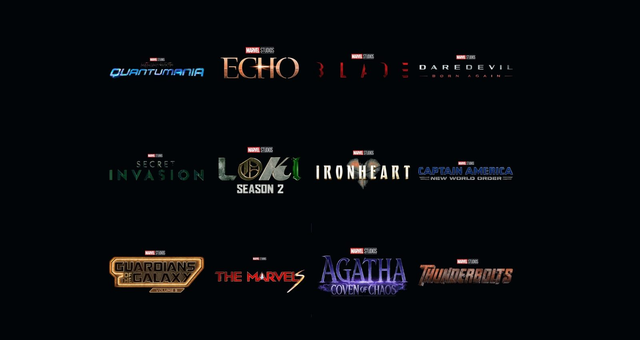 This weekend’s D23 Expo was a HUGE one for Marvel fans with Disney announcing several MCU projects in the pipeline.  Marvel Studios head Kevin Feige was on hand to outline the next phase with big reveals on both feature films and series!

There’s a few big surprises in here so be sure to check out our recap below:

The director of Black Panther: Wakanda Forever Ryan Coogler shared a sneak peek of some never-before-seen clips from the film which is due to arrive in theaters on November 11th.  Guests were treated to a first look at Queen Ramonda criticizing the UN for trying to steal vibranium from Wakanda following the death of T’Challa.

The clip also included images of the Dora Milaje who seem to be preparing for an epic fight against Namor.

Get ready to meet a brand new superhero!  D23 audiences were treated to a quick glimpse of Riri Williams in the footage for Wakanda Forever but that’s not all! Marvel is also giving Riri her own Ironheart Disney+ series. Its still a work in progress but Feige teased that the show will focus on the convergence of magic and technology.

‘Ant-Man and the Wasp: Quantumania’

Paul Rudd, Evangeline Lilly and Johnathan Majors all took to the stage at D23 to discuss the next fill in the Ant-Man and the Wasp franchise – Quantumania.  This fill will have the distinction of being the project that officially kicks off phase 5 of the Marvel Cinematic Universe.

Rudd referred to the film as bananas and said that Major’s portrayal of Kang “Throws this whole thing into such new territory.”

In addition D23 attendees were treated to footage showing members of the Pym, VanDyne and Lang families in the quantum realm facing off against Kang the Conqueror.

This was definitely a project that had tongues wagging at D23.  Gael Garcia Bernal along with Laura Donnelly appeared at D23 to give guests a sneak peek of Werewolf at Night which will make its Disney+ debut in October.

The film is shot entirely in black and white as a tip of the hat to The Twilight Zone monster films from the 30s and 40s.  The film will follow a group of monster hunters trying to figure out who the monster among them might be!?

Another hit from Friday’s MCU panel, Secret Invasion centers the Skrulls, a group of shapeshifting aliens that have invaded earth.  You may remember the Skrulls from Captain Marvel.

Don Cheadle took to the D23 Expo stage to share some footage from the series.  You can check out the official trailer above.

Cheadle also revealed that guests will want to be on the lookout for another Marvel series Armor Wars that will apparently being shotting in 2023. 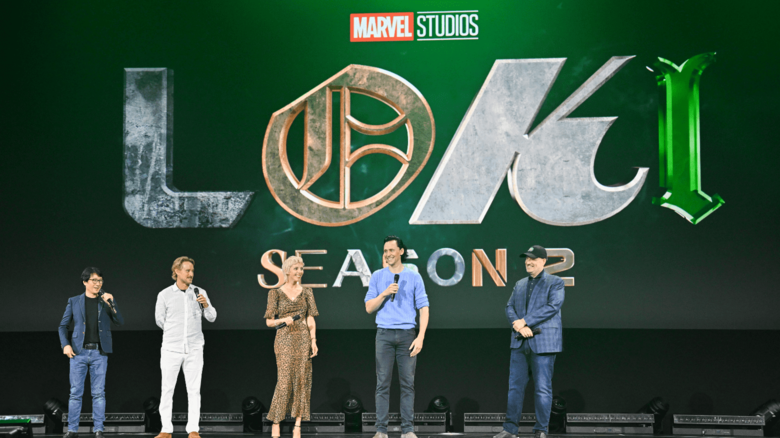 The cast of Loki including Tom Hiddleston and Owen Wilson took to the stage to share a teaser trailer from the second season.  The cast, along with Feige promised that more mischief is on the way!

Those hoping for an announcement of the cast for Fantastic Four were left sorely disappointed. During his MCU presentation, Feige told audiences that a cast announcement would be revealed during next year’s D23 Expo.  In the meantime he confirmed that Matt Shankman (who directed WandaVision) will helm the project. 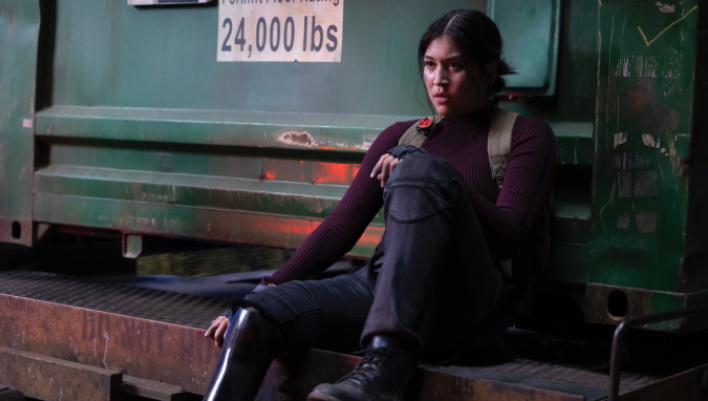 A new MCU series is slated for Disney+.  Echo focuses on a deaf female heroine.  Feige told us that the events in the series will take place after Hawkeye on the MCU timeline and American Sign Language will feature throughout the series.

It was also confirmed that Vincent D’Onofrio will be returning as King Pin with Alagua Cox as the title character. 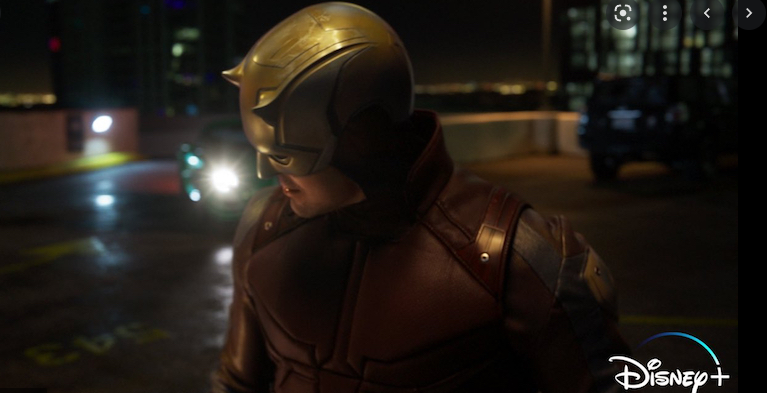 D’Onofrio and Charlie Cox also revealed that Matthew Murdock (AKA Daredevil) who has cropped up in Disney+ series She-Hulk will be getting his own show.  Though shooting hasn’t started yet on the project we do know that D’Onofrio (Kingpin) will be involved. 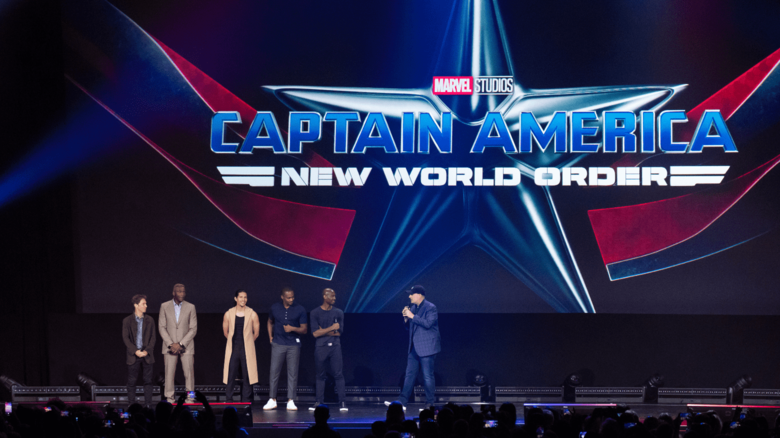 Anthony Mackie was on hand to discuss his return as Captain America in Captain America: New World Order.  Joining him onstage was Danny Ramiez (who will be playing Joaquin Torres) Carl Lumbly (Isaiah Bradley) and Tim Blacke Nelson (Samuel Sterns AKA the Leader) Its still early stages for the project with no official release date given as of yet. An announcement that proved popular with audiences, Feige announced the team that will be part of Thunderbolts and its pretty epic. Those involved in the project includes Julia Louis-Dreyfus as Valentina Allegra de Fontaine, David Harbour as Red Guardian, Hannah John-Kamen as Ghost, Olga Kurylenko as Task Master, Wyatt Russel as John Walker aka U.S. Agent, Florence Pugh as Yelena Belova and Sebastian Stan as the Winter Soldier. 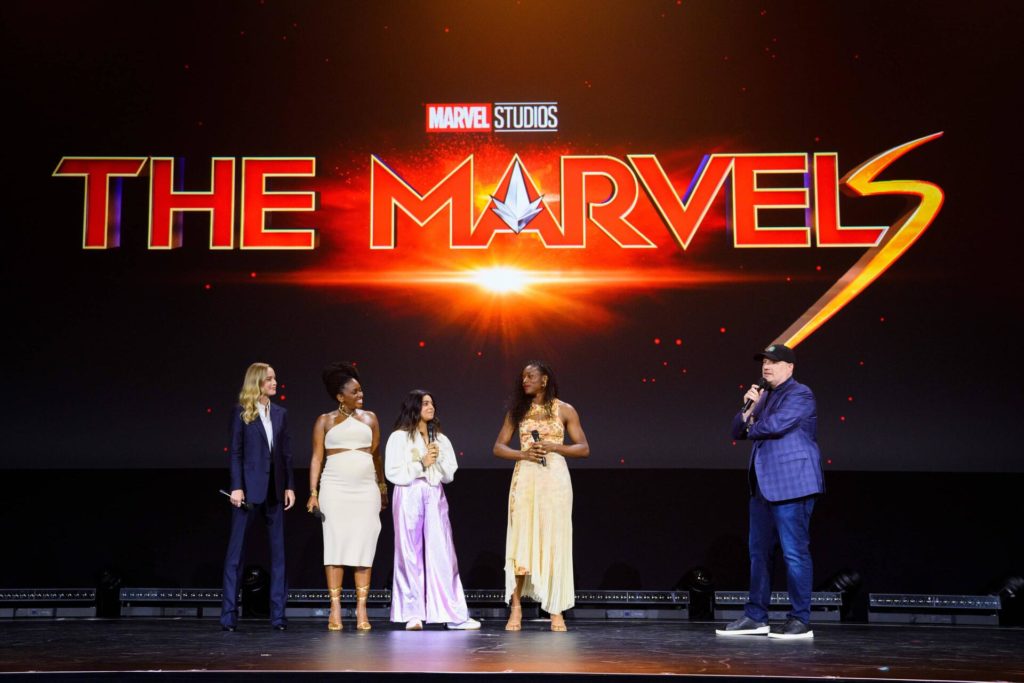 Brie Larson, Iman Vellani and Teyonah Parris closed out the Marvel event with footage from the upcoming feature film.  We know that in the film Miss Marvel, Captain Monica Rambeau and Captain Marvel will find that their powers have become interconnected and they must find a way to untangle themselves.

Expect an action-packed film with comedic moments as well as the return of the Fierkin Goose!

All of this sounds pretty epic right!? Read Readers are encouraged to keep following along with MickeyBlog where we’ll continue to keep you updated about all of the awesome projects outlined above!