In one of the year’s spookiest Disney events, Oogie Boogie Bash at Disney California Adventure Park never disappoints with rare character sightings. Last night’s exclusive party for D23 Gold members certainly lived up to the hype with elusive meet-and-greets and even a concert by the Land of the Dead’s most famous crooner, Ernesto de la Cruz. 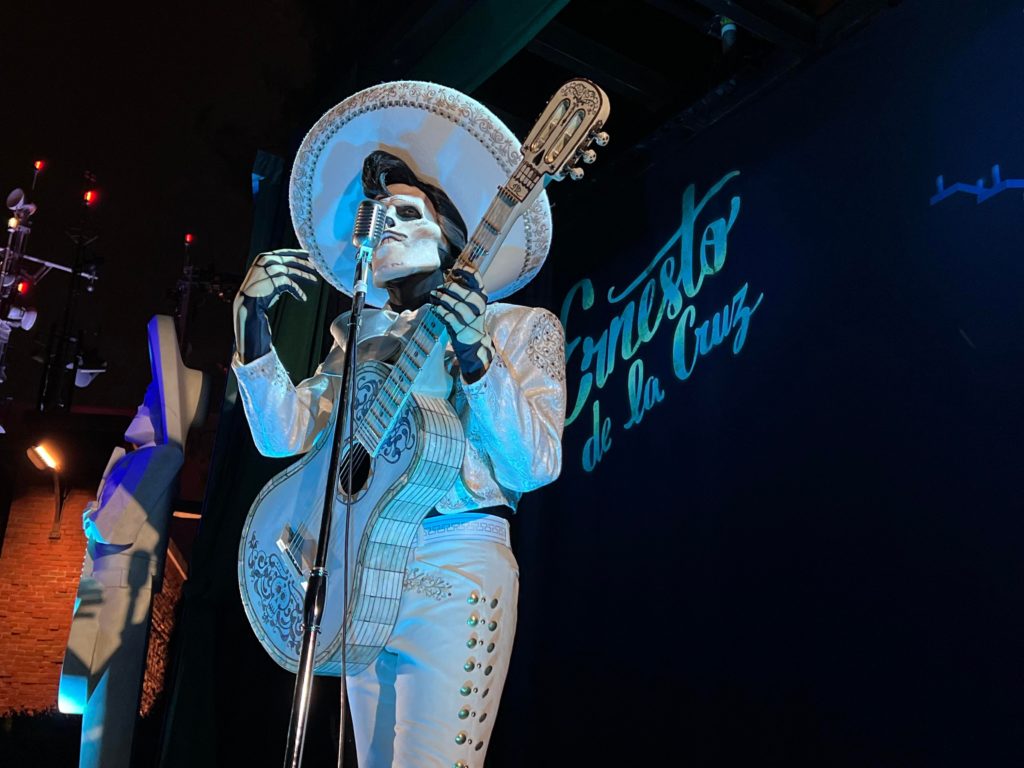 Dressed and ready for his Dia de los Muertos concert performance, the villainous Ernesto de la Cruz took the stage last night to serenade the crowd with his famous hit, “Remember Me,” as well as many other songs from the film. 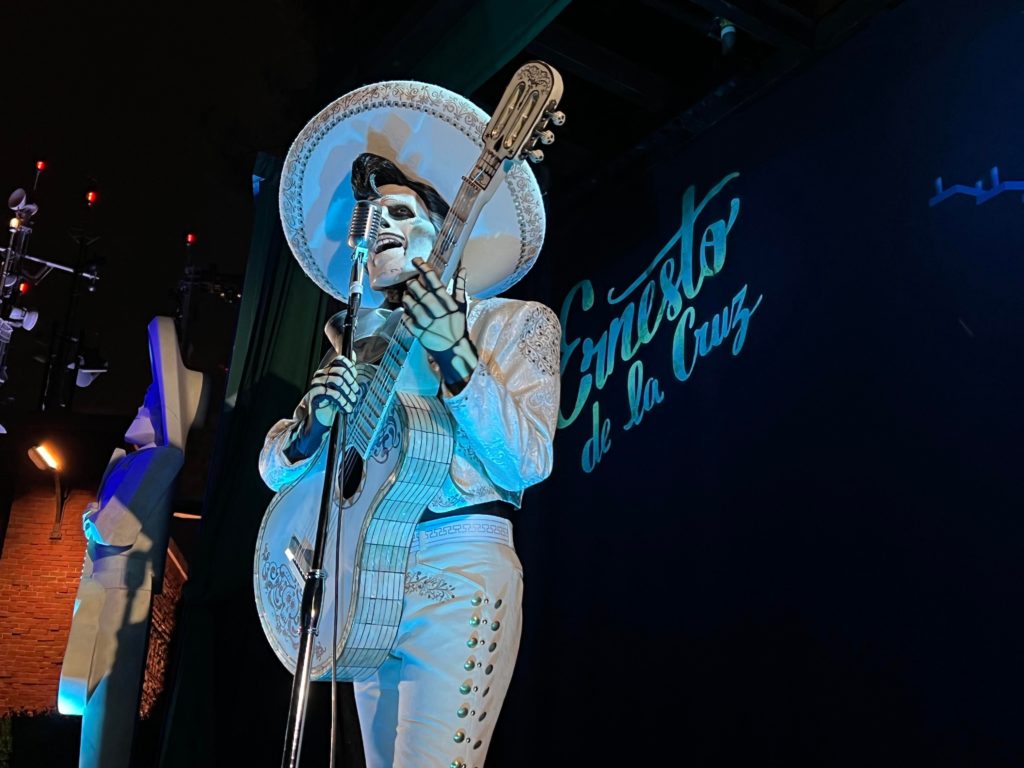 “Your dream came true tonight. I am here,” he boasted as he greeted the crowds that had gathered. The selfish de la Cruz always could wow the audience and hide his treacherous deeds that helped skyrocket his career in the 2017 Pixar film, “Coco.” 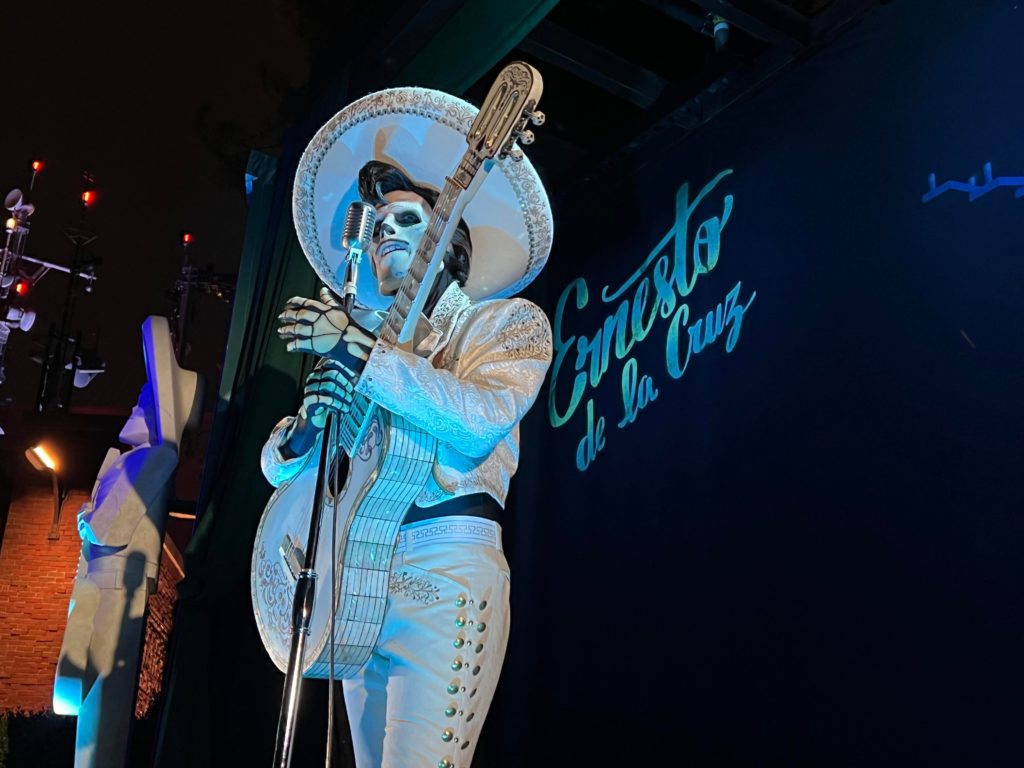 Throughout the evening, the skeletal version of de le Cruz calmly delivered some of his most haunting lines from the film clad in his detailed white suit, which coordinated perfectly with the accents in his guitar. 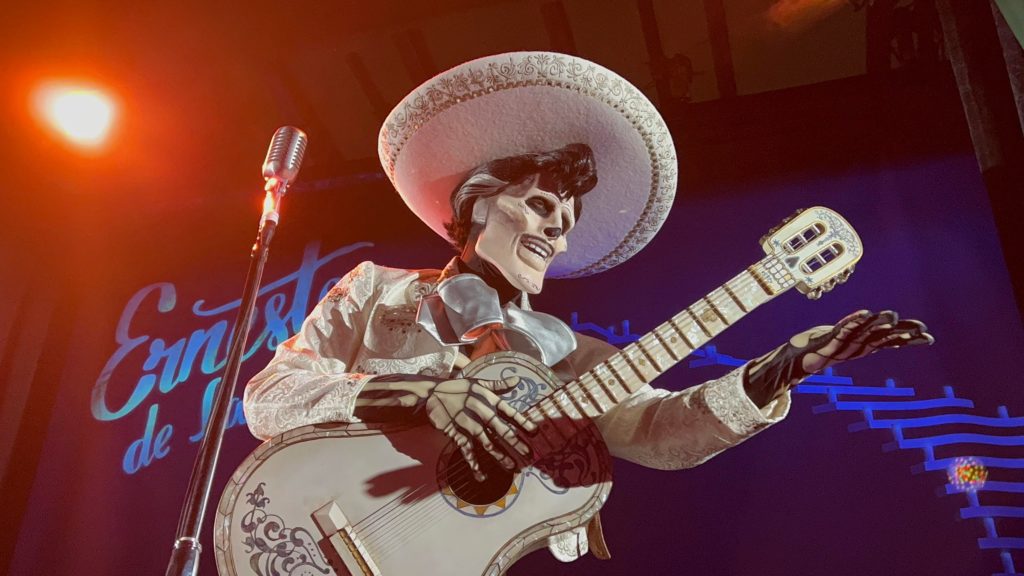 The detailing in his entire ensemble really blew us away! 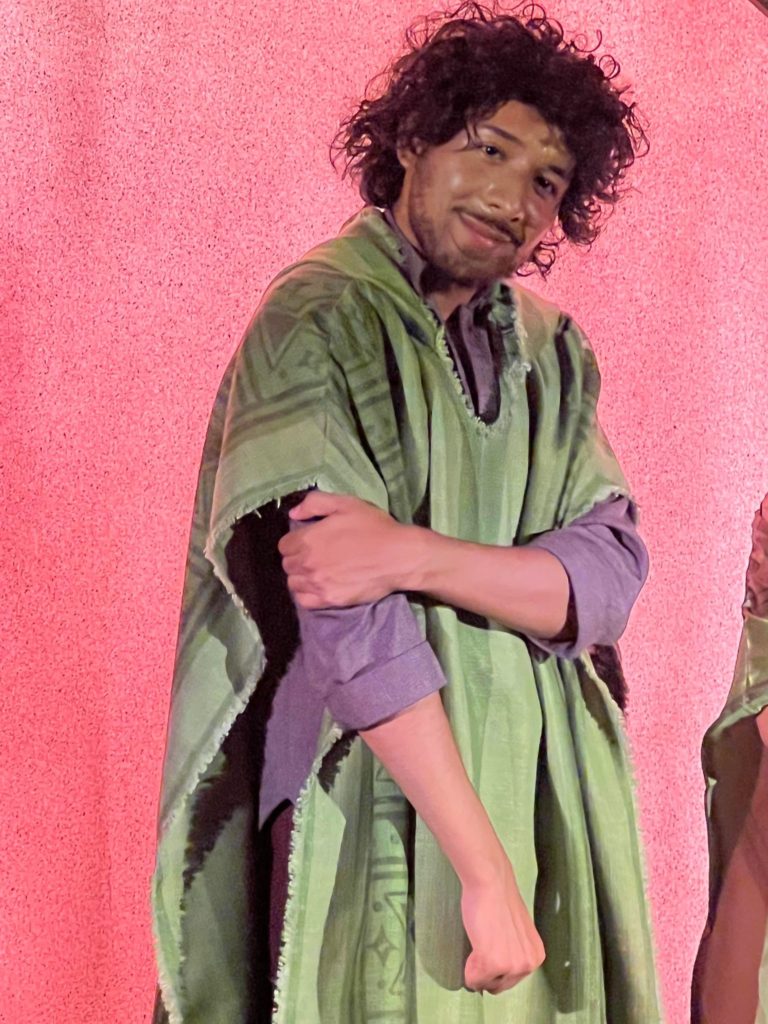 Everyone is, in fact, talking about Bruno this year at Oogie Boogie Bash as he makes his treat trail debut along with Ping from “Mulan.” Popular favorites, including Agatha Harkness, Mother Gothel, Sid from “Toy Story” and, of course, Oogie Boogie himself also returned this year along with the Headless Horseman. 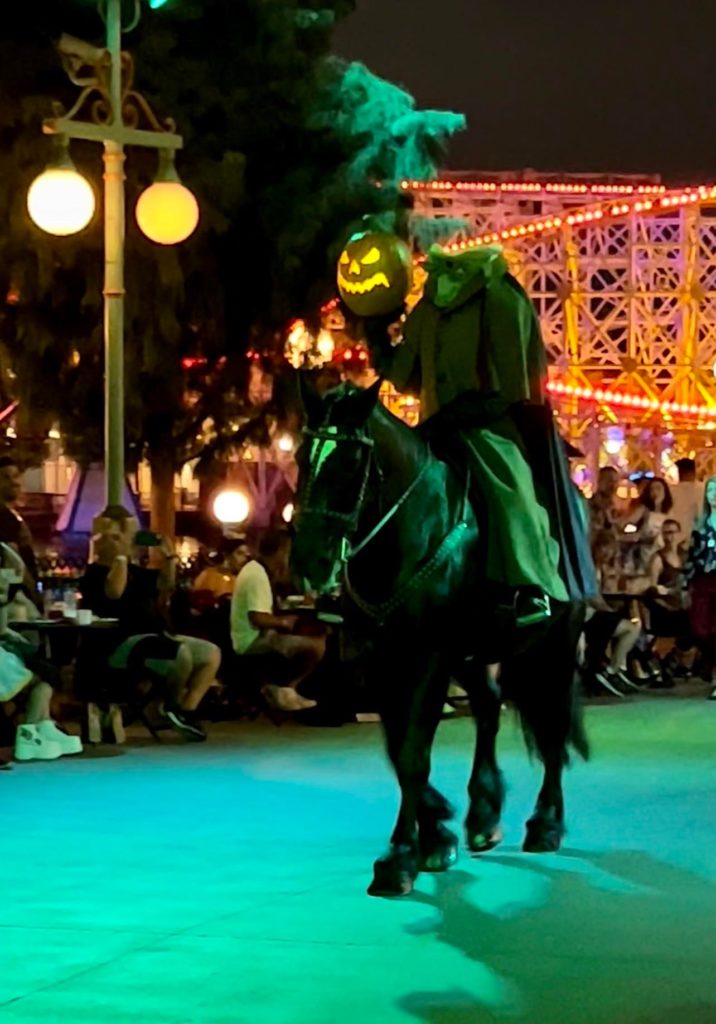 MickeyBlogger Greg continues his quest for all of the latest Disney news today as he waits for the highly anticipated Disney Parks, Experiences, and Products panel to begin later this afternoon at the 2022 D23 Expo in Anaheim.