All the Marvel Movies and TV Shows Announced at D23

Okay, Disney just concluded its panel for upcoming Marvel projects with a couple of bonus projects thrown in for good measure.

Disney even snuck in some Avatar and Indiana Jones stuff as well.

Here are all the shows, movies, casting, and trailers Disney fans need to know about!

The other new trailer matters more to Marvel fans, though. Here’s the first look at Secret Invasion:

"I'm the last person standing between them and what they really want."

While the panel didn’t show it, an Echo trailer is also available behind closed doors. The clip shows Vince D’Onofrio returning as Kingpin.

I guess Echo didn’t kill him enough in Hawkeye. Kingpin is wearing some sort of cover on one eye, so she may have permanently damaged him, though. 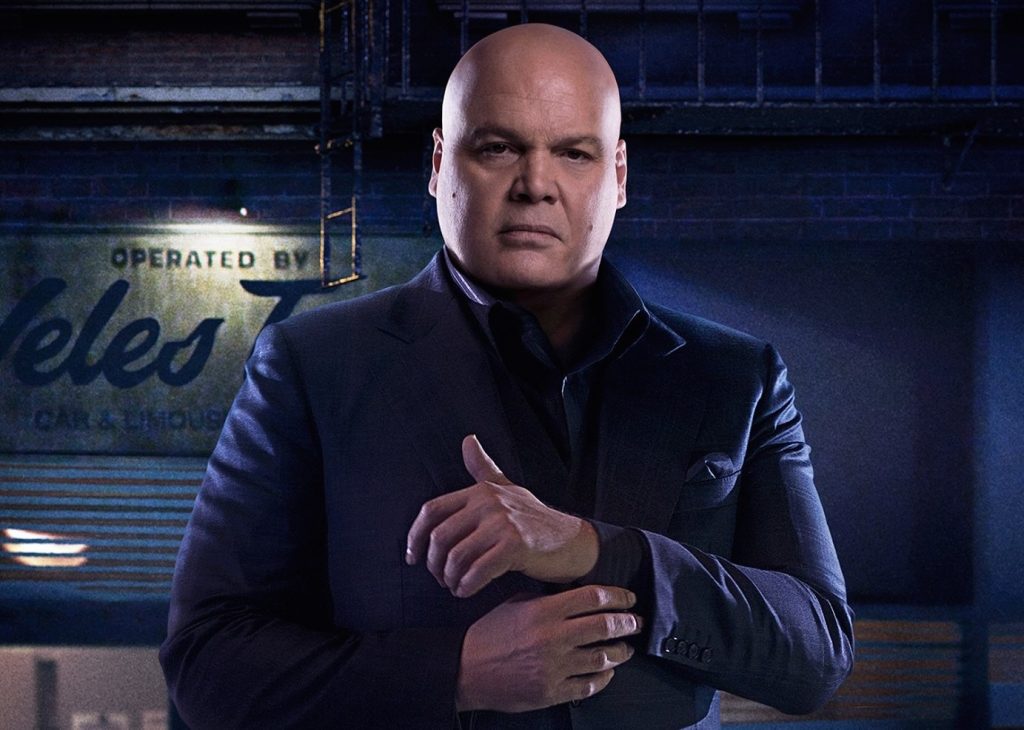 Does Kingpin strike you as the forgive and forget type? Yeah, me neither.

The panel also showed a clip of Daredevil’s appearance on She-Hulk. It’s from an episode that has yet to air. 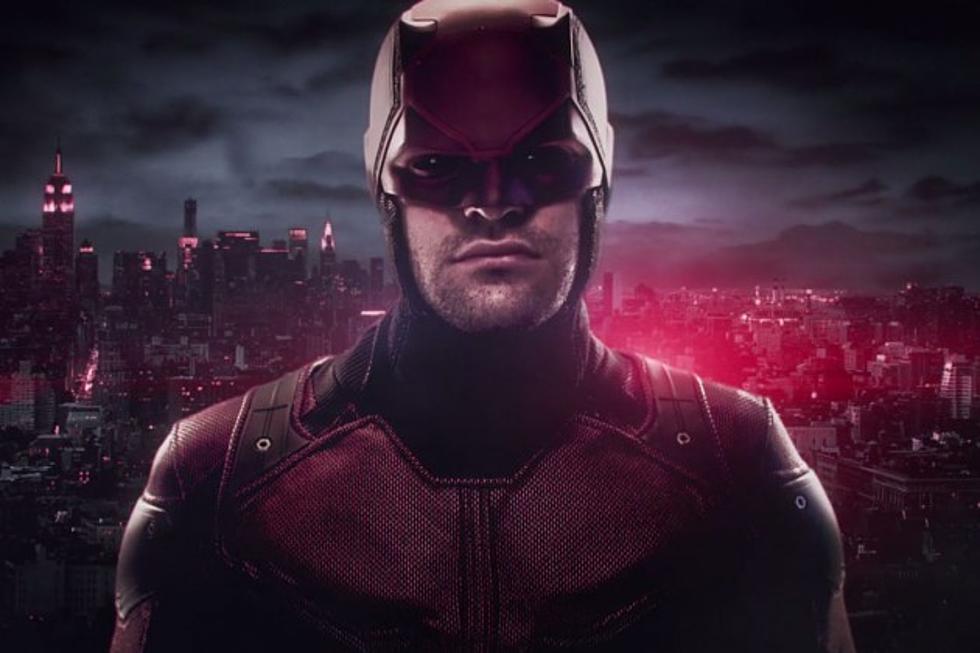 Actor Charlie Cox joined D’Onofrio on stage, where the two actors celebrated the impending return of Daredevil as a Disney+ series. Its name is Daredevil: Born Again.

The panel also included a brief look at Ironheart, although there wasn’t much by way of new intel.

Anthony Ramos from In the Heights and Hamilton is now confirmed as The Hood, but that report was already out there.

Also, Ke Huy Quan of Everything Everywhere All at Once will join Loki season 2 as a member of the TVA.

Ke Huy Quan has been cast in #Loki S2 pic.twitter.com/S10IDtiIXC

That’s all that we learned about the various Disney+ MCU series today. Remember that D23 isn’t over yet, though!

Throughout the pandemic, other insiders kept speculating that a Dark Avengers movie was in the offing.

The identities of the Thunderbolts have been unveiled! Read more about the Marvel Studios’ Thunderbolts presentation at #D23Expo: https://t.co/IaKG0guQsL pic.twitter.com/Owi4WJRzoB

However, I repeatedly heard something different. Disney preferred a different comic book for a story regarding the antiheroes of the MCU.

Not that long ago, Thunderbolts came to light as the first MCU film of its kind. In it, some of the damaged characters will come together. 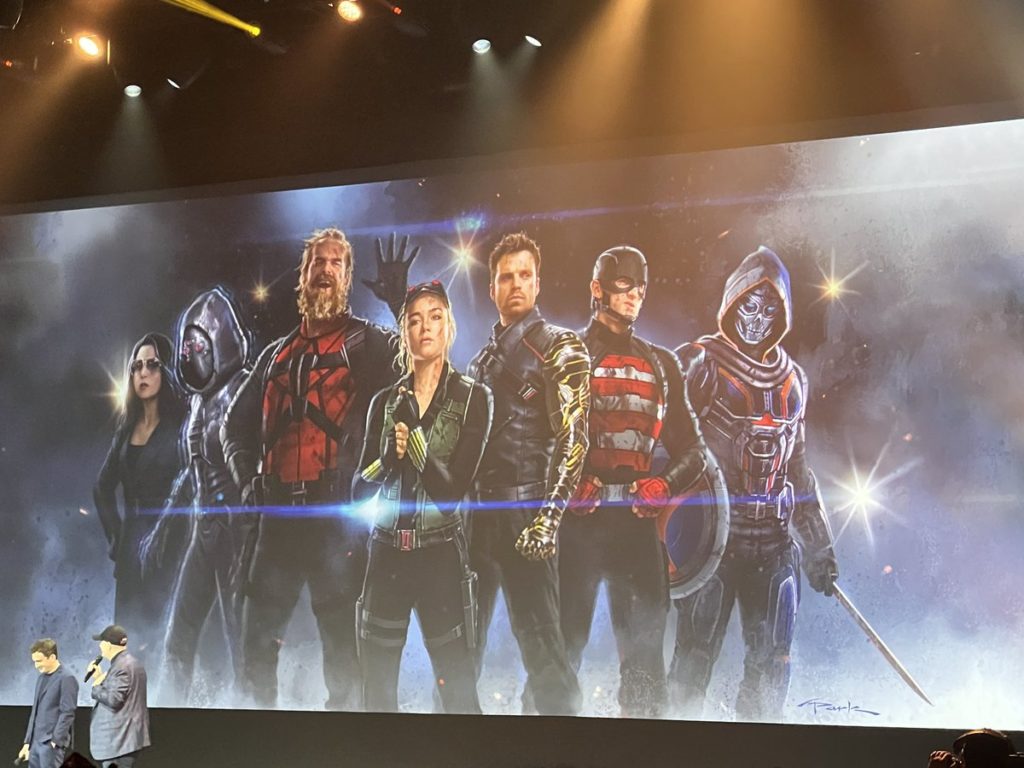 Today, Disney confirmed the cast, and it featured many of the names that we’d speculated on MarvelBlog.

Folks, that’s a stellar cast that takes its highlights from the Black Widow movies but also adds The Falcon and the Winter Soldier (TFAWS) players as well.

Then, we have the damaged characters of Ghost and Taskmaster, villains in previous MCU stories who didn’t mean to be evil. They just didn’t have a choice.

Frankly, this project sounds terrific and could have ramifications outside the MCU. If it proves successful, a Disney Villains team-up story isn’t beyond the realm of possibility.

Speaking of Captain America, Disney also revealed details about the upcoming fourth film in the franchise.

I have concerns about this one because we have a new Captain America whose film will be unfairly compared to the most recent two films.

Disney will get the band back together from the solid TFAWS to give the new film a better chance.

Carl Lumbly will return as his previous iteration of Captain America, while Danny Ramirez gains the wins as The Falcon.

Notably, Tim Blake Nelson returns as The Leader, a role he portrayed in The Incredible Hulk. So, Marvel is no longer running away from that title.

“Marvel is part of cinema history. So to be coming back is an honor”

Tim Blake Nelson on returning as The Leader in #CaptainAmericaNewWorldOrder pic.twitter.com/65yGYA6zUZ

Remember that another villain from the film, The Abomination, currently appears on She-Hulk.

Israeli actress Shira Haas of Unorthodox will also appear as Sabra, an Israeli superheroine in the comics. So, this casting hints at another international focus to the story.

I cannot find any video of this, but Harrison Ford appeared to show off the still unnamed Indiana Jones 5.

Variety and other sources have reported that Ford teared up a little bit while watching footage from the film.

I’m more interested in seeing footage of that than I am of the movie teaser…and I say that as an Indiana Jones superfan.

Ford is presumably tired of hearing this question for the past 30 years, so he added: “This is it. I will not fall down for you again. But thank you so much.” 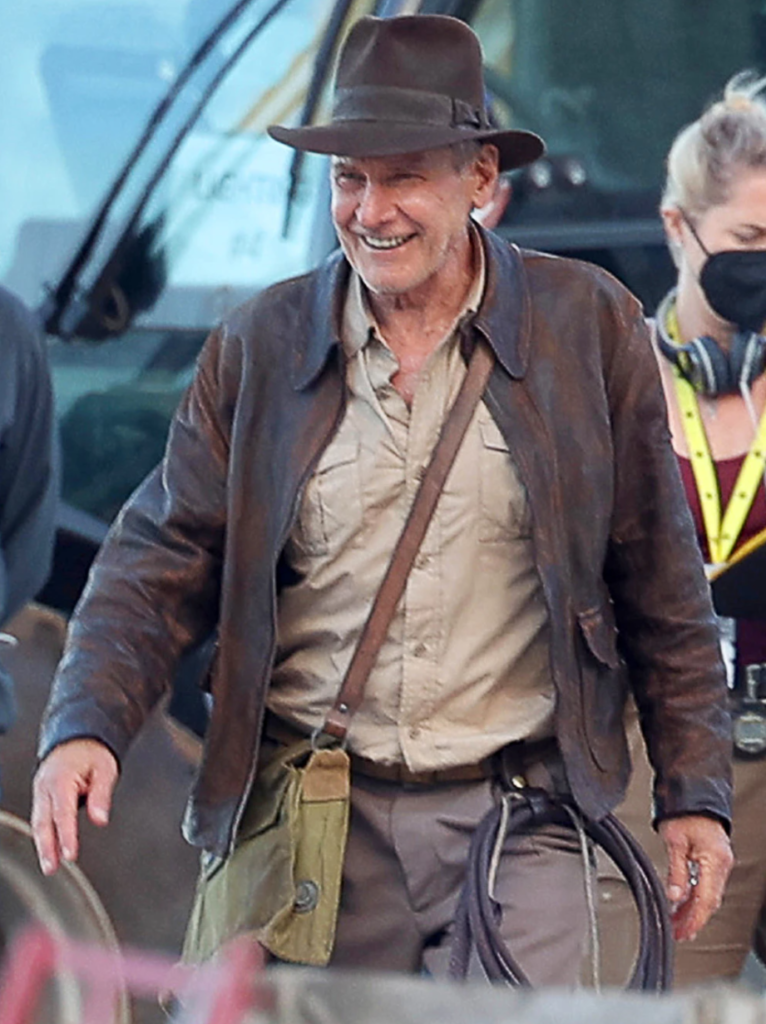 The gap between Raiders of the Lost Ark and Indiana Jones 5 will cover 42 years. That’s a long time for an actor to play one role. 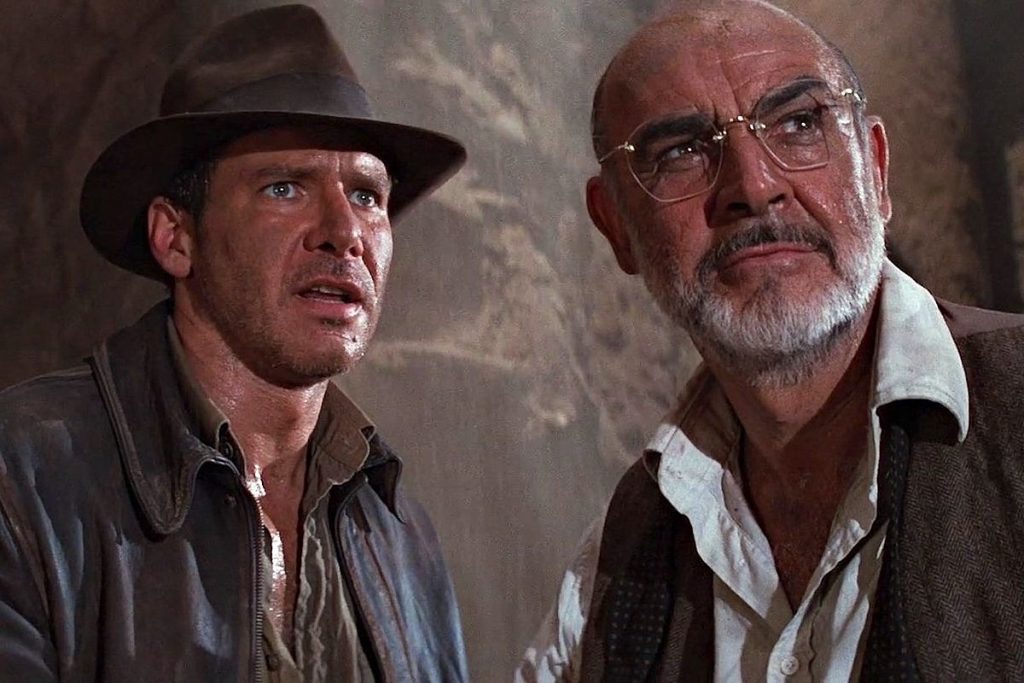 Depending on which source you believe – projections are all over the place – as much as 42 percent of the population wasn’t even alive when Raiders was released.

Thankfully, the franchise will apparently end on a high note. Ford stated,+ “I’m very proud to say that this one is fantastic.” 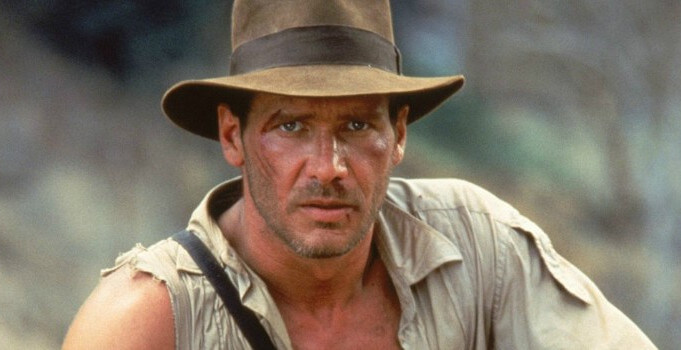 The living legend later added that director Phoebe Waller-Bridge is a primary reason why the film’s so good. Ford sounds satisfied that he’s exiting with such a solid finale.

Avatar: The Way of Water will debut in theaters on December 16th. After that, Disney has already announced the release dates for three other projects.

The next Avatar films will debut every two years afterward, starting in 2024. So, Disney is all-in on Avatar. 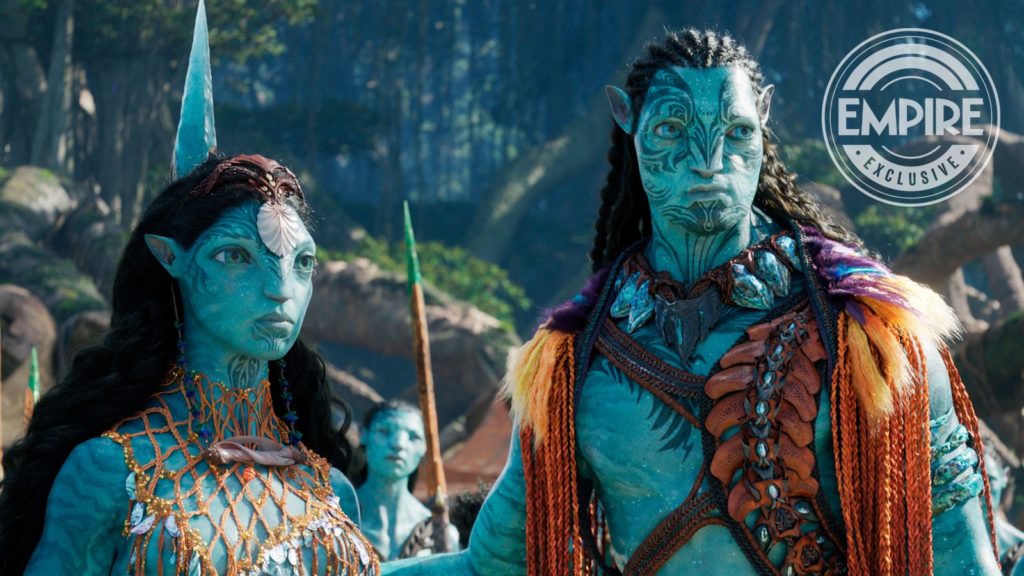 Cameron revealed that filming is already underway for Avatar 4, which confirms that Avatar 3, a 2024 release, has finished principal photography.

Many people remain convinced that Avatar’s cultural significance borders on non-existent and that these movies will disappoint at the box office. 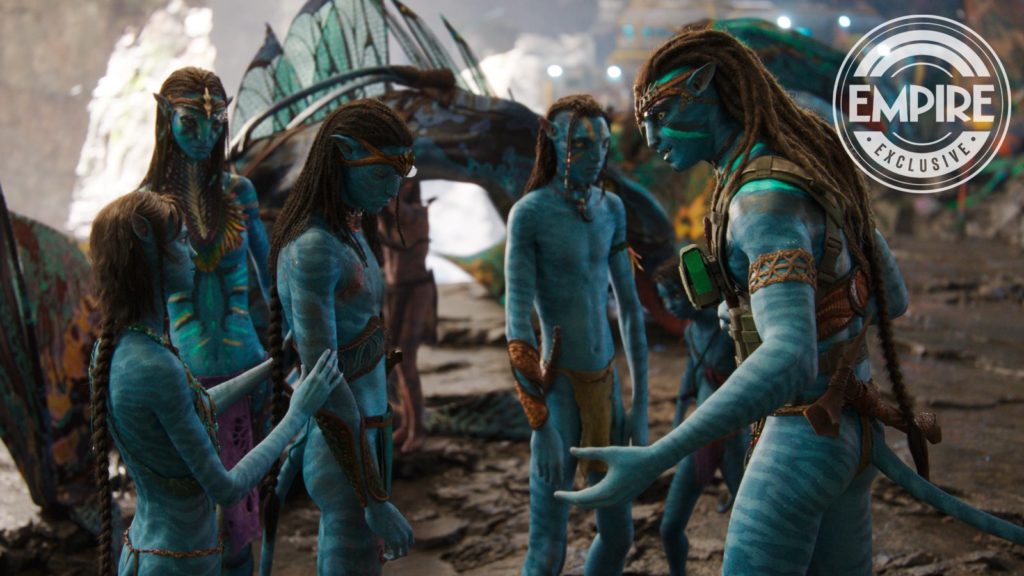 Cameron appears well aware of these opinions and rather excited to remind people once again that’s he one of the greatest living directors.

Disney will re-release Avatar in theaters on September 23rd, wherein it will once again expand its box office lead over Avengers: Endgame.

The company also showed new images from the film:

Okay, the internet will grouse about these subjects, as people didn’t get what they wanted.

Disney chose not to reveal the new Wolverine or the Fantastic Four cast. That’s the bad news.

Marvel did confirm that Matt Shakman will direct Fantastic Four, but that wasn’t even a secret.

The lack of other announcements will naturally lead to speculation regarding the accuracy of those reports. 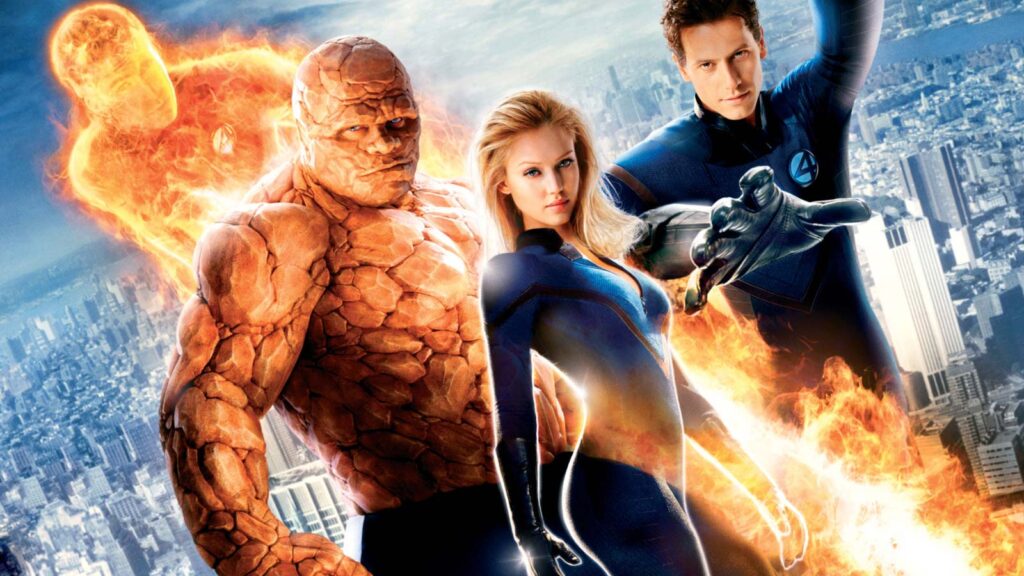 Maybe we don’t know who is playing Reed Richards, Wolverine, and Doctor Doom after all.