Wow! Get Ready for Inside Out 2!

That is right MickeyBlog fans! Have you been following along with us today? Tons of excitement and great news to share. And we were so excited about this recent announcement from Disney and Pixar.

Wow! It is back and we are here for it- Get Ready for Inside Out 2!

Oh JOY! Amy Poehler is back to star in Inside Out 2. Directed by Kelsey Mann, produced by Mark Nielsen, and written by Meg LeFauve, Disney and Pixar’s Inside Out 2 releases Summer 2024. pic.twitter.com/HMHY391vN9

This exciting news was just shared earlier today. And once again starring Amy Poehler! The sequel is directed by Kelsey Mann, produced by mark Nielsen, and written by Meg LeFauve.

No additional details are available at this time, but we are counting down the days for this release in Summer 2024. 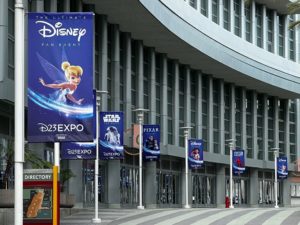 Many speculated that the announcement of Inside Out 2 would happen at the D23 Expo and they were right!

Fans loved the original Inside Out ( 2015) and the movie grossed over $800 million. The announcement of a sequel has got Disney/Pixar fans and moviegoers extremely excited.

Did You See Inside Out? Inside Out follows the story of Riley as she is guided by five anthropomorphic emotions as she moves to a new city. The five emotions go on the journey inside her head and help her deal with the move in this fan-fave film.

The movie released to critical acclaim and fans have been eager for a sequel. Originally, Director Pete Docter shared that he had no plans for a sequel and at the time was focusing on 2020’s Soul. Though Pixar typically shies away from franchise fare, we are glad they changed their minds!

It is uncertain if Kaling and Hader are returning, or if new emotions will be introduced. We can’t wait for more info.

As always, stay tuned to MickeyBlog to stay updated on all things Disney!