VIDEO: The Much-Anticipated Trailer for ‘Disenchanted’ Has Dropped

Boy oh boy are we here at MickeyBlog excited!  As part of this weekend’s D23 Expo, Disney has released the official trailer for the highly anticipated sequel to Enchanted named Disenchanted.

The sequel will reunite the cast members including Amy Adams, Patrick Dempsey, Idina Menzel, and James Marsden 15 years after the original film for an all singing all dancing live-action and animation mash-up!  The film will be out on Disney+ on November 24, 2022.

Pretty amazing right!? As you may have gathered Giselle (Amy Adams) and Robert (Patrick Dempsey) wed, but Giselle has grown disillusioned with life in the city, so they move their growing family to the sleepy suburban community of Monroeville in search of a more fairy tale life. Unfortunately, it isn’t the quick fix she had hoped for. Suburbia has a whole new set of rules and a local queen bee, Malvina Monroe (Maya Rudolph), who makes Giselle feel more out of place than ever. Frustrated that her happily ever after hasn’t been so easy to find, she turns to the magic of Andalasia for help, accidentally transforming the entire town into a real-life fairy tale and placing her family’s future happiness in jeopardy. Now, Giselle is in a race against time to reverse the spell and determine what happily ever after truly means to her and her family.

An official promo poster was also unveiled for the film.  Here’s a first look below! 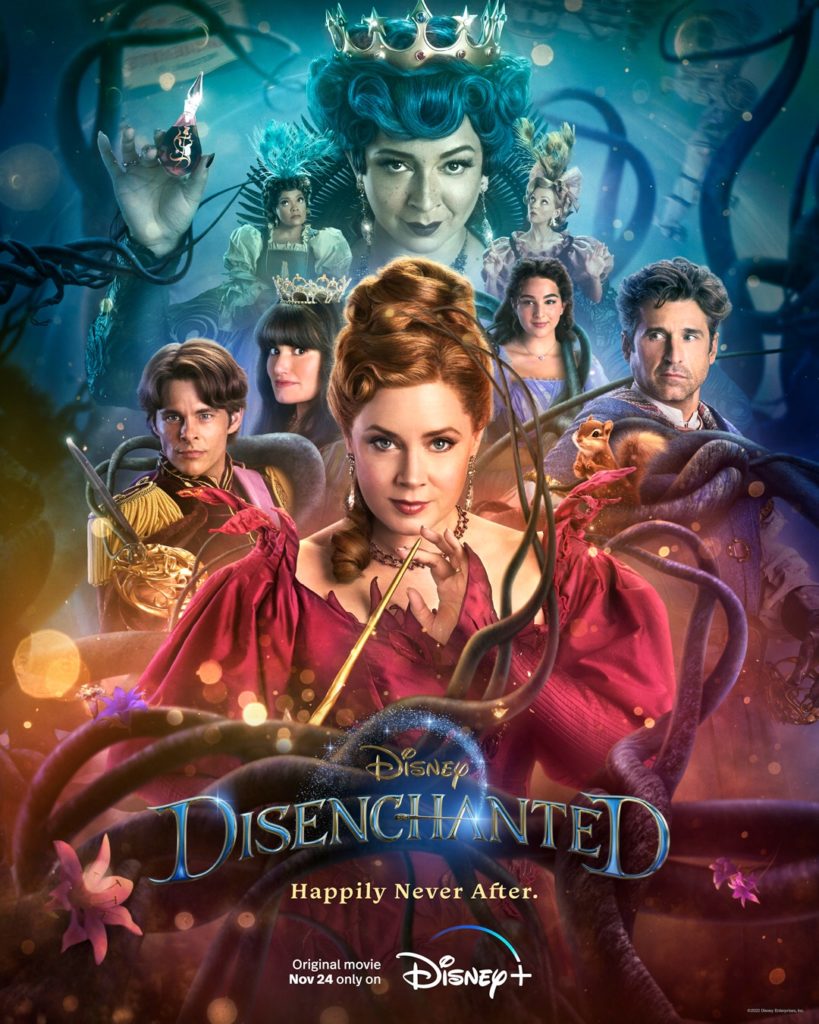 The film will also star Maya Rudolph, Gabriella Baldacchino, Yvette Nicole Brown, and Jayma Mays. It is directed by Adam Shankman and features new songs from Alan Menken and Stephen Schwartz.   The film is based on a screenplay by Brigitte Hales and story by J. David Stern, David N. Weiss and Richard LaGravenese.

The icing on the cake is that the movie also features songs with music written by 8-time Oscar-winning composer Alan Menken!  Don’t miss Disenchanted when it arrives at Disney+ on November 24, 2022.

Readers are encouraged to keep following along with MickeyBlog for further D23 Expo news and updates. We’ll be coming to you from Anaheim all weekend long.