Disney promised some special Disney+ Day surprises at the theme parks today (September 8th) and they are definitely delivering on this promise!  For those unfamiliar, Disney+ Day is an annual celebration of the Disney Plus streaming network.  Each year Disney pulls out all the stops and celebrates with new programs, films, discounts and in-park experiences like the Rescue Rangers who were on the scene at Disney’s Hollywood Studios this morning! 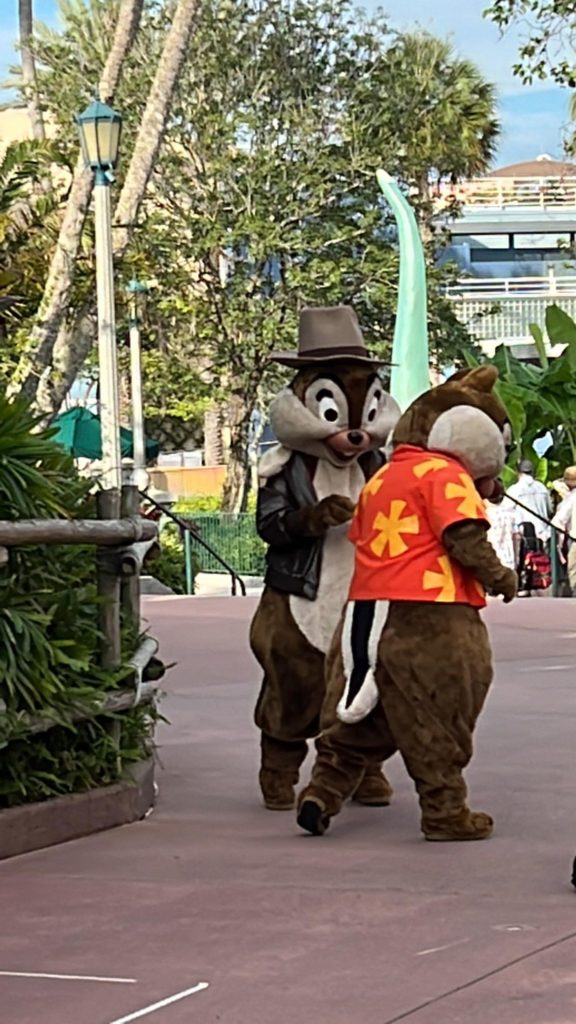 That’s right! Chip and Dale were among the special characters on hand to greet guests arriving at Hollywood Studios this morning. 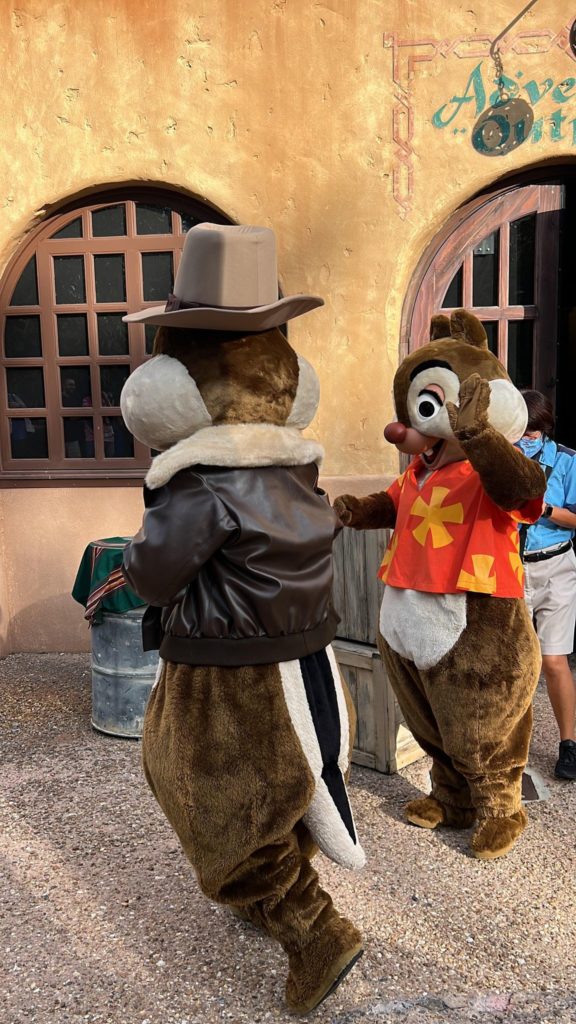 Just like in the award-winning Disney+ Series, Chip is wearing a brown leather jacket and hate! 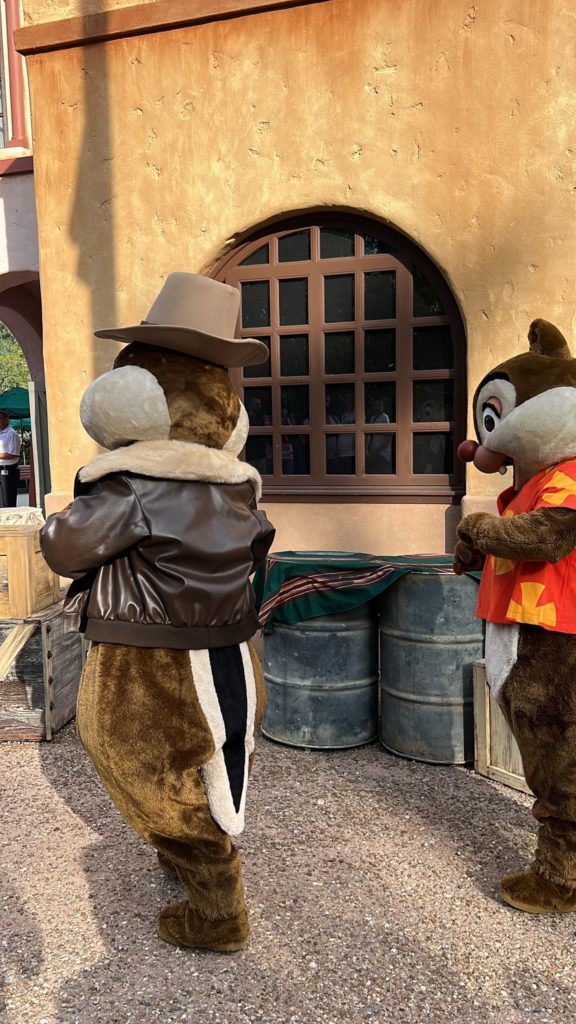 In contrast, Dale has on an orange floral shirt! 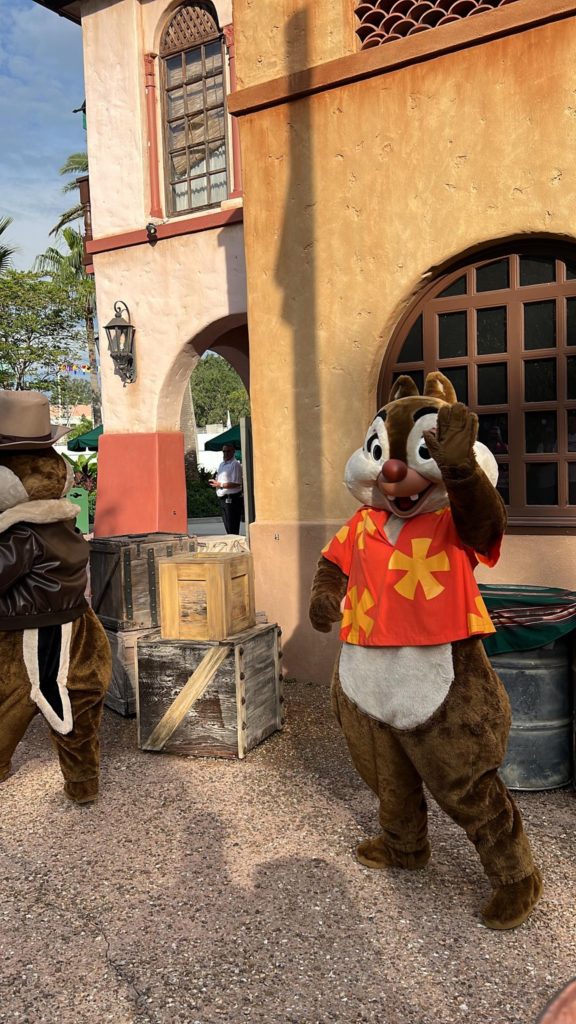 Though seeing Chip and Dale at Disney World is a rather common occurrence, seeing the duo in Rescue Rangers form is rare! 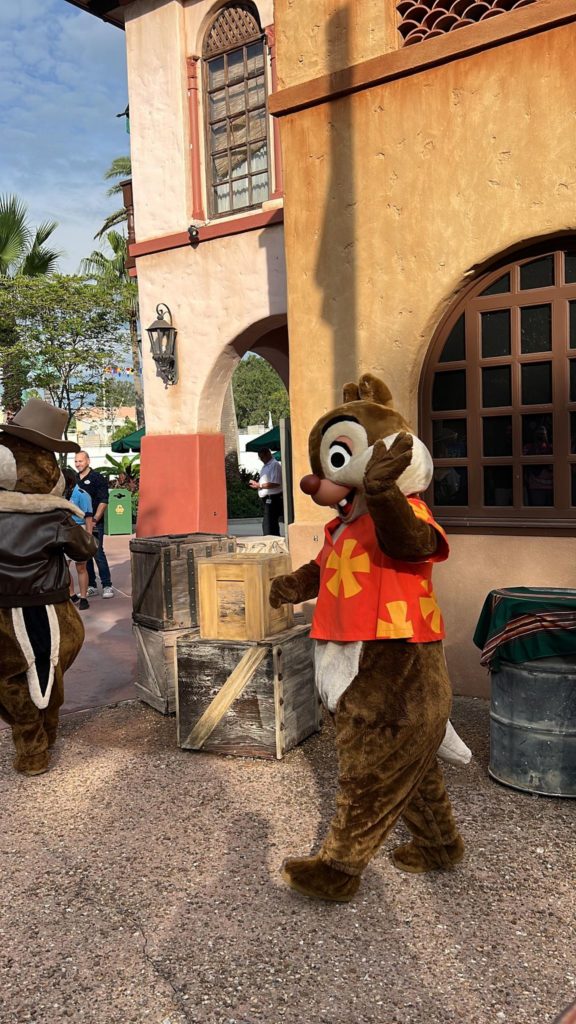 That’s why there was a lot of excitement in the park when these two made an appearance! 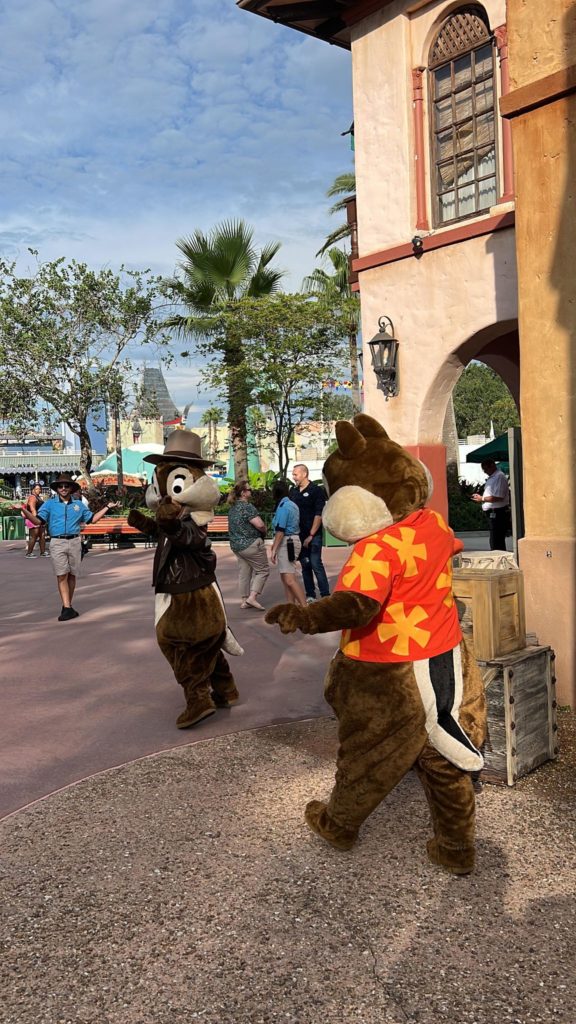 It wasn’t long before a line started to form to meet the duo! 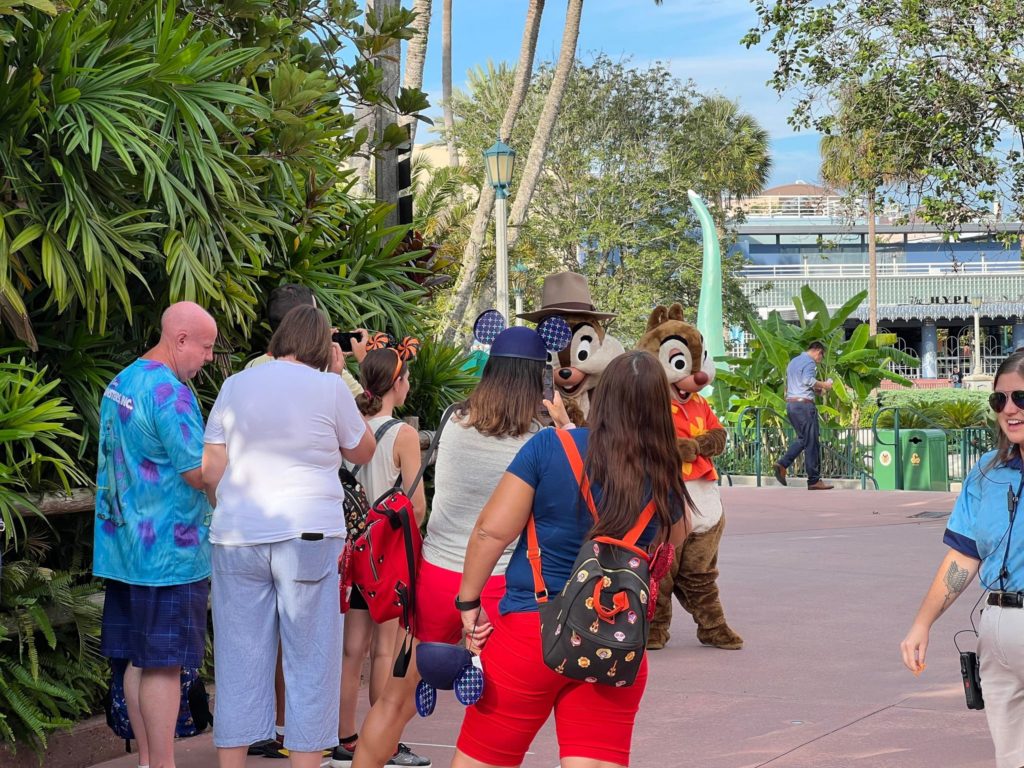 The duo were happy to meet with guests and pose for photos this morning! 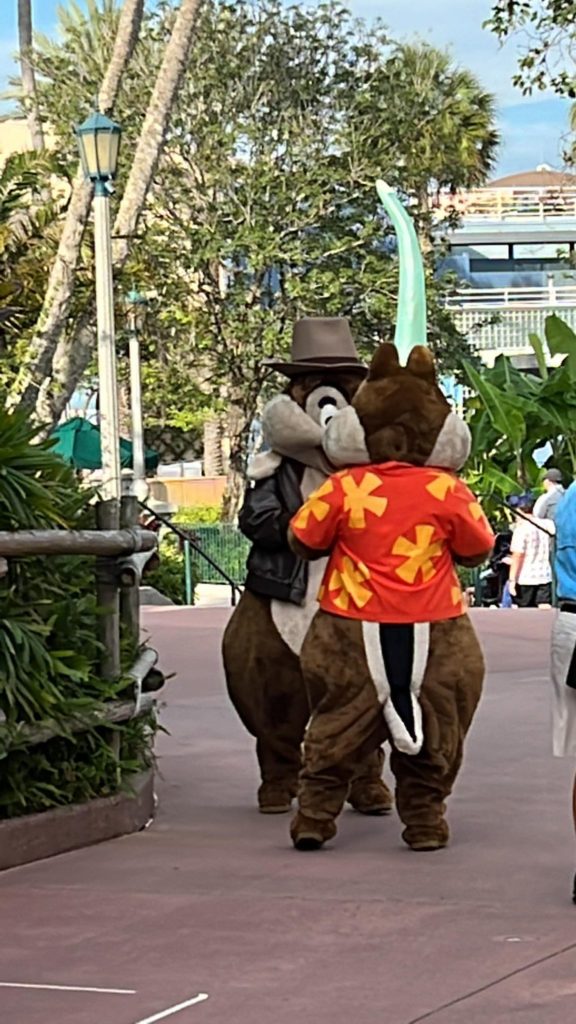 As a matter of fact, our MickeyBlogger Jared lined up to meet Chip and Dale this morning. 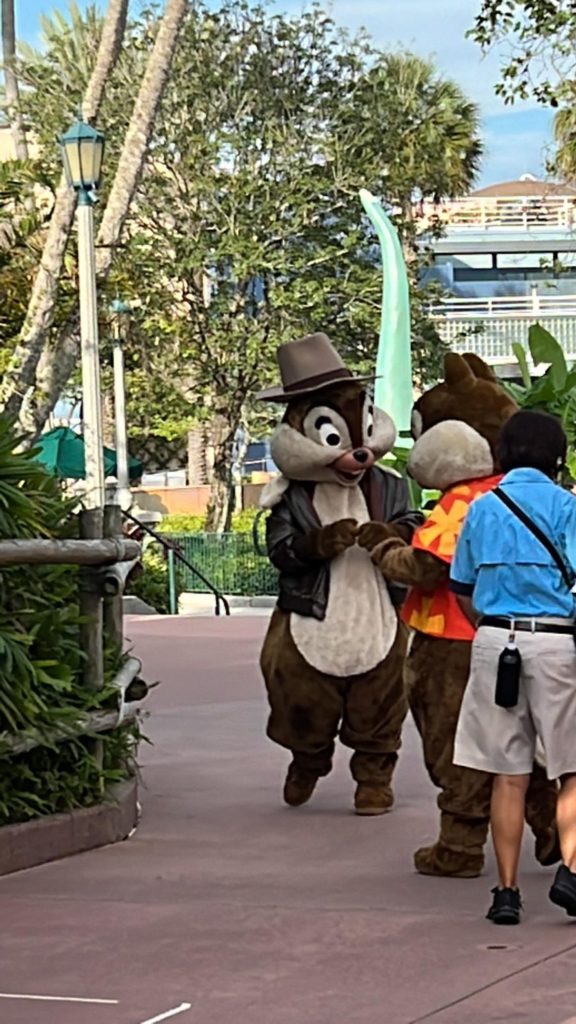 Below you can see the three fellas posing together. 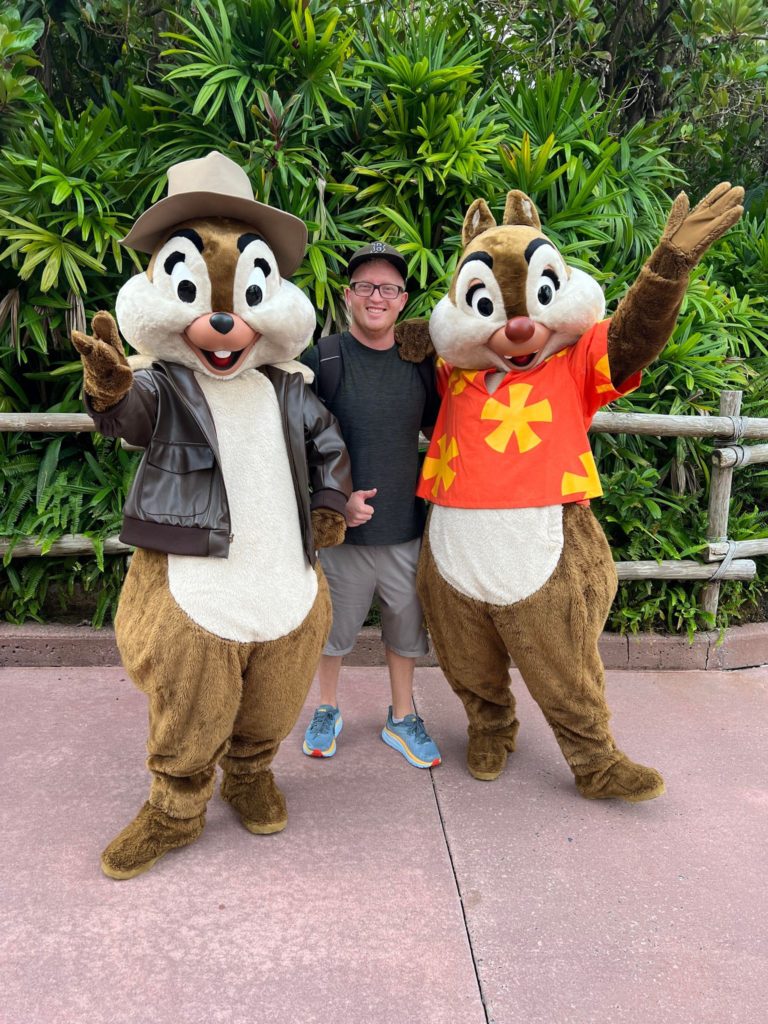 Jared also took some photos of the chipmunks individually. 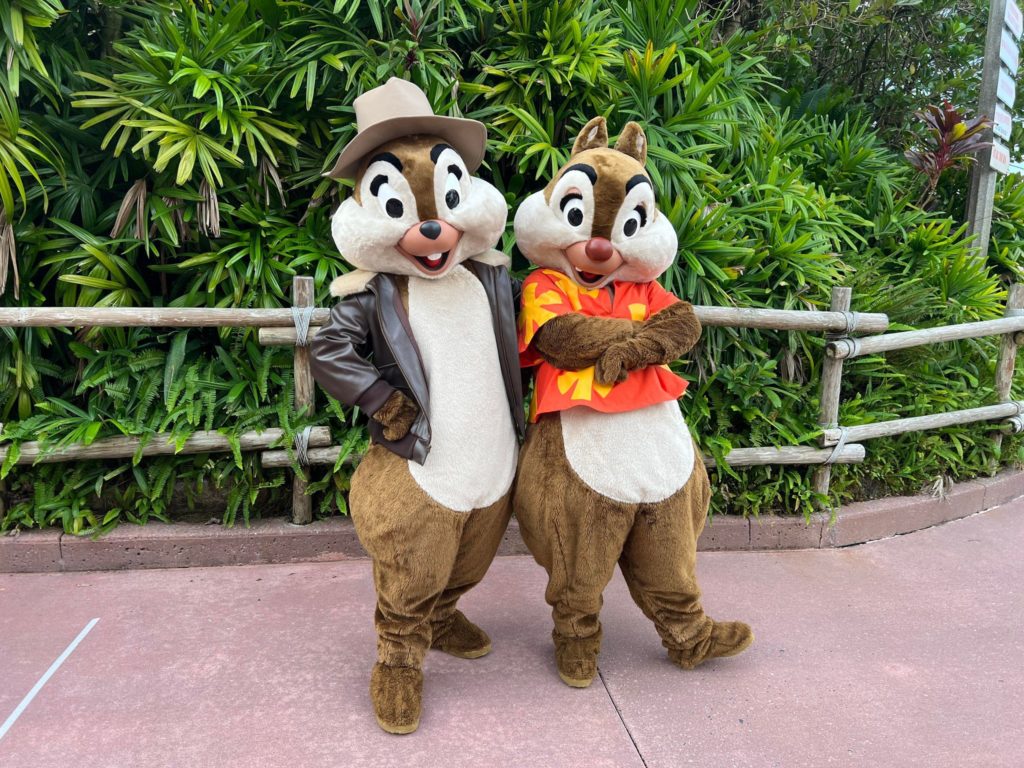 We have to say that these too really made our day. 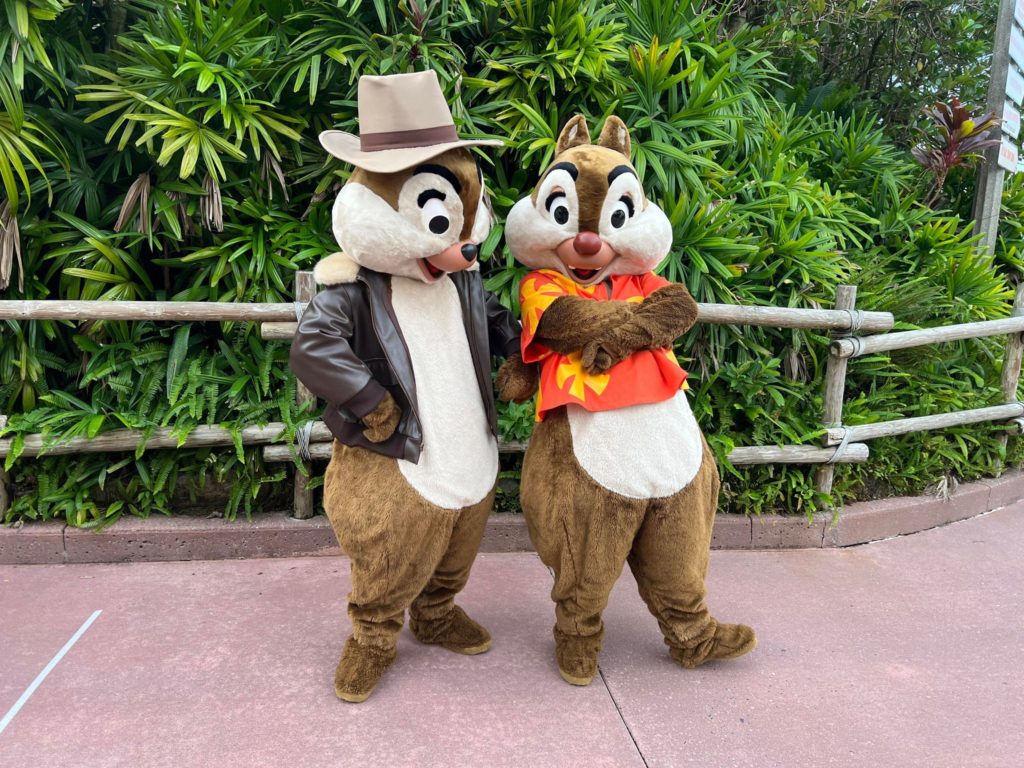 They are absolutely adorable! 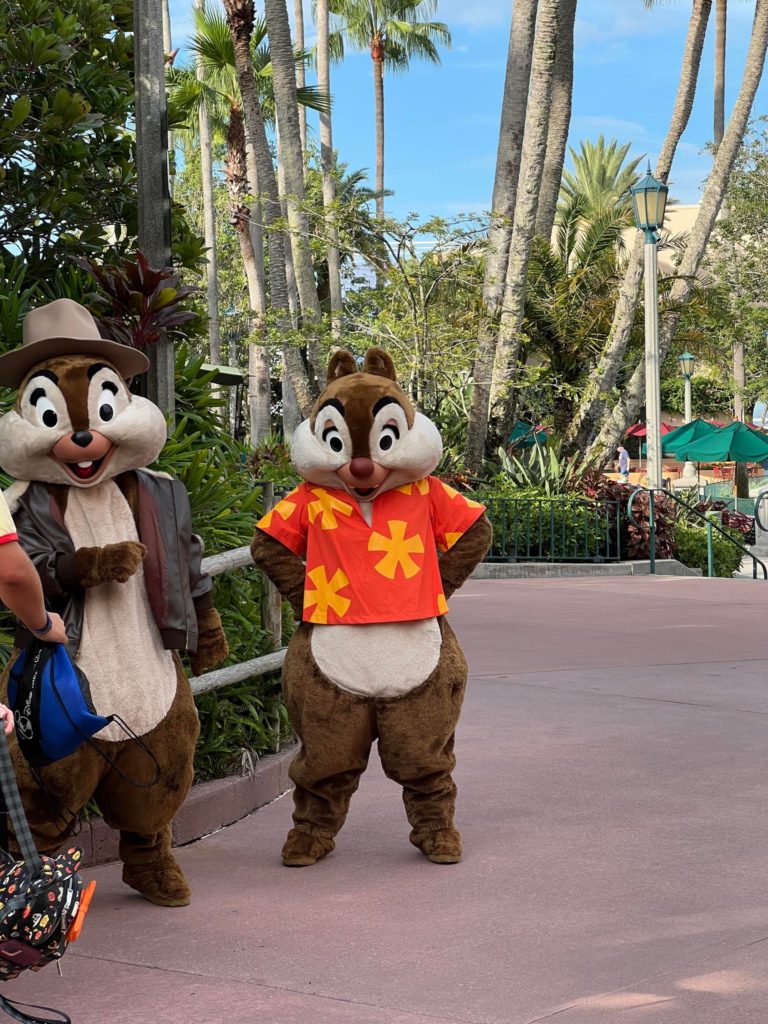 If you’re lucky enough to be at Hollywood Studios today then be on the lookout for this loveable pair! 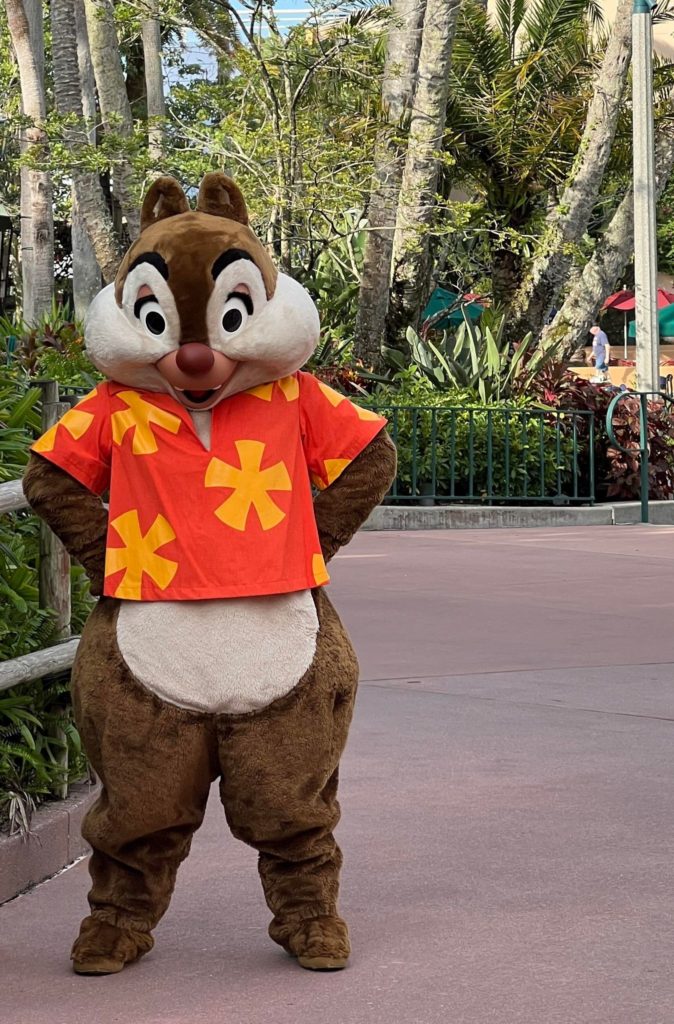 This is just one of the special meet and greets that will be unveiled as part of Disney+ Day today! 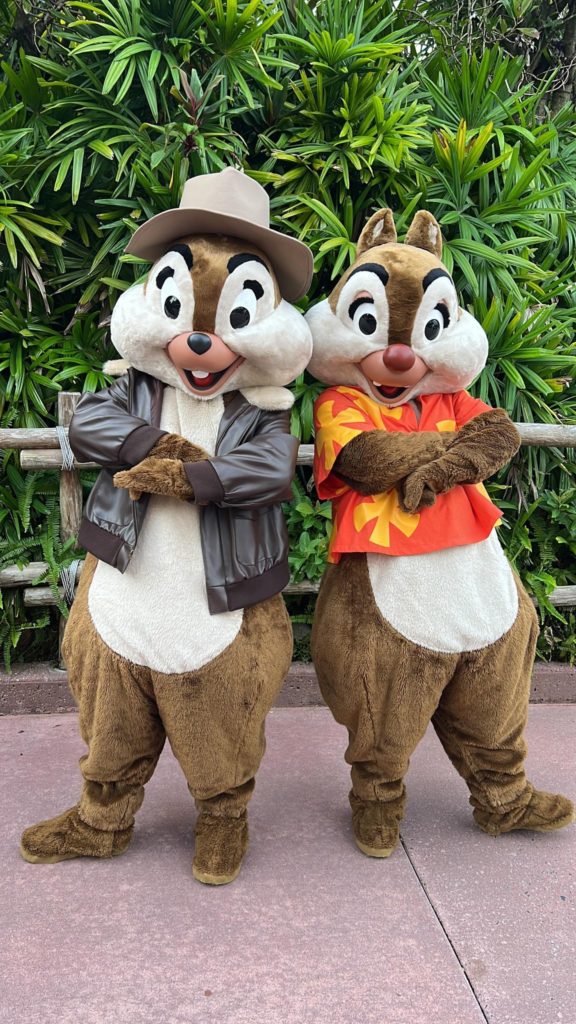 We’ll be coming to you LIVE! from the theme parks throughout the day! 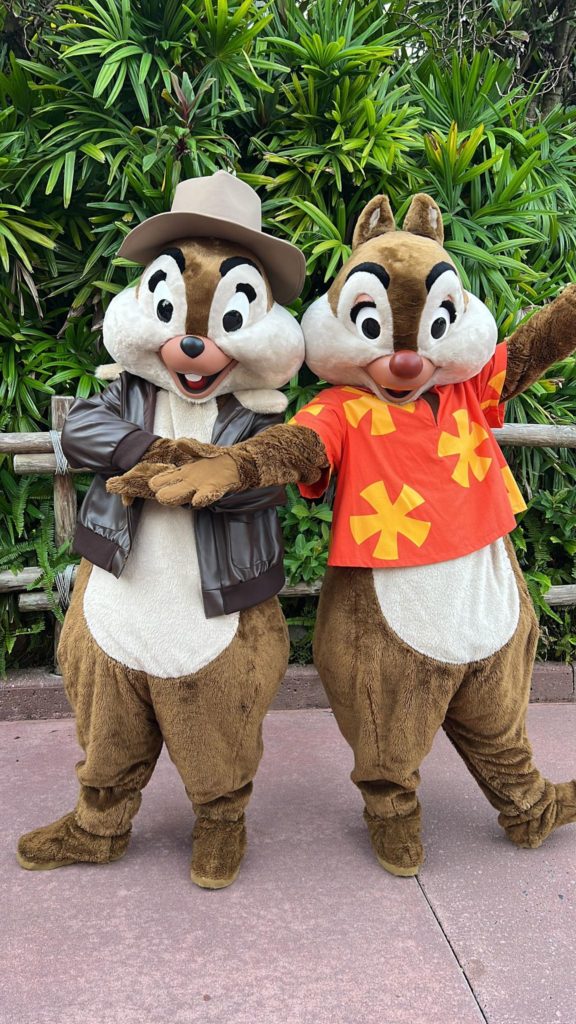 We’ll be sure to keep you posted of all of the special happenings! 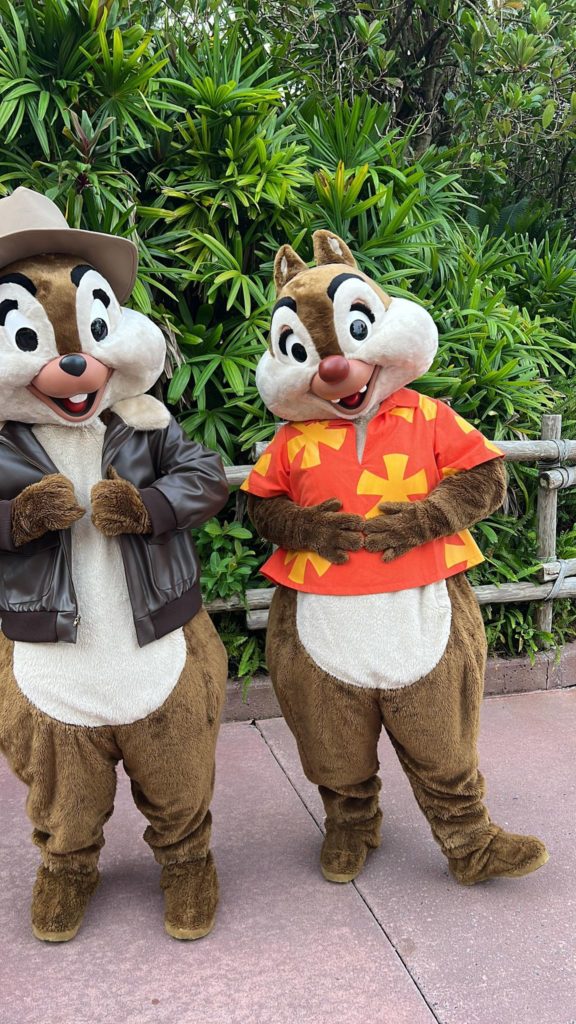 We also managed to capture some videos of the Rescue Rangers in action which you can check out below:

Look at those adorable poses!

Above you can see Chip and Dale giving big waves to the crowds!

Also, don’t miss Chip and Dale in Rescue Rangers NOW on Disney+.  The feature was recently awarded with an Emmy Award for Outstanding Television Movie!

Readers are encouraged to keep following along with MickeyBlog we’ll be coming to you LIVE from the theme parks each and every week.