MickeyBloggers were at Disney Traders this morning and spotted three new Marvel tees for kids.

No matter who your tot’s favorite character is, they’re sure to love one of these – Spider Man, The Avengers, and Captain America. 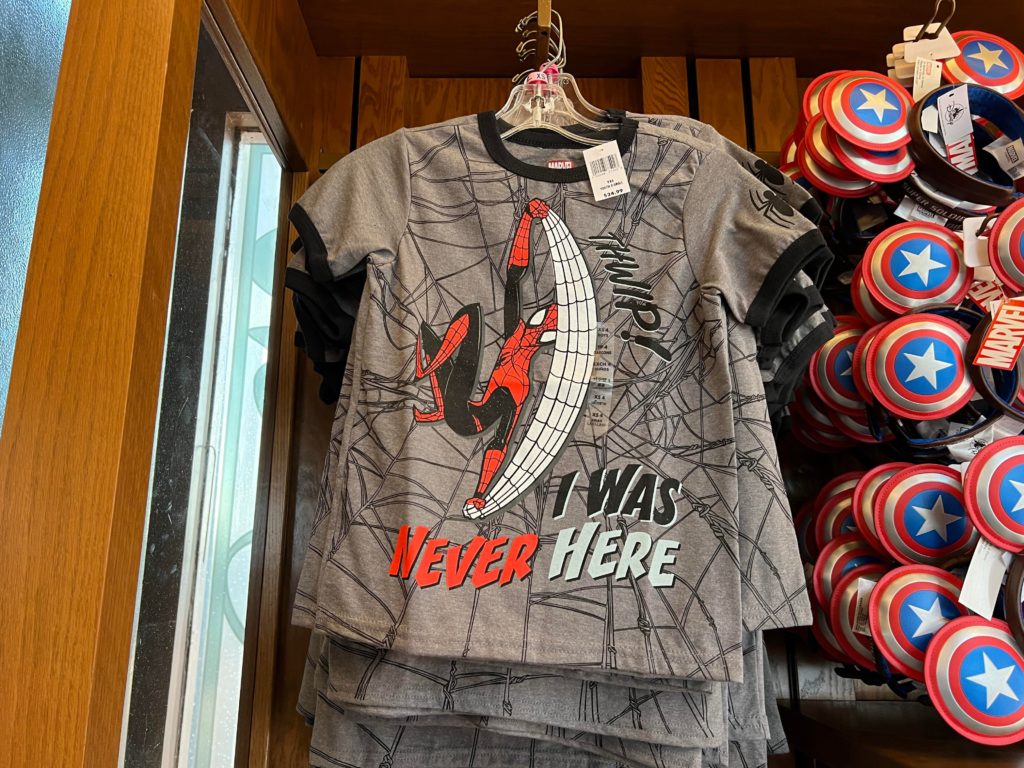 First, a heathered grey Spiderman t-shirt that is covered in spider webs. On the front, Spiderman looks like he just saved the day with a web barrage.

He’s about to disappear from sight while saying, “I was never here.” 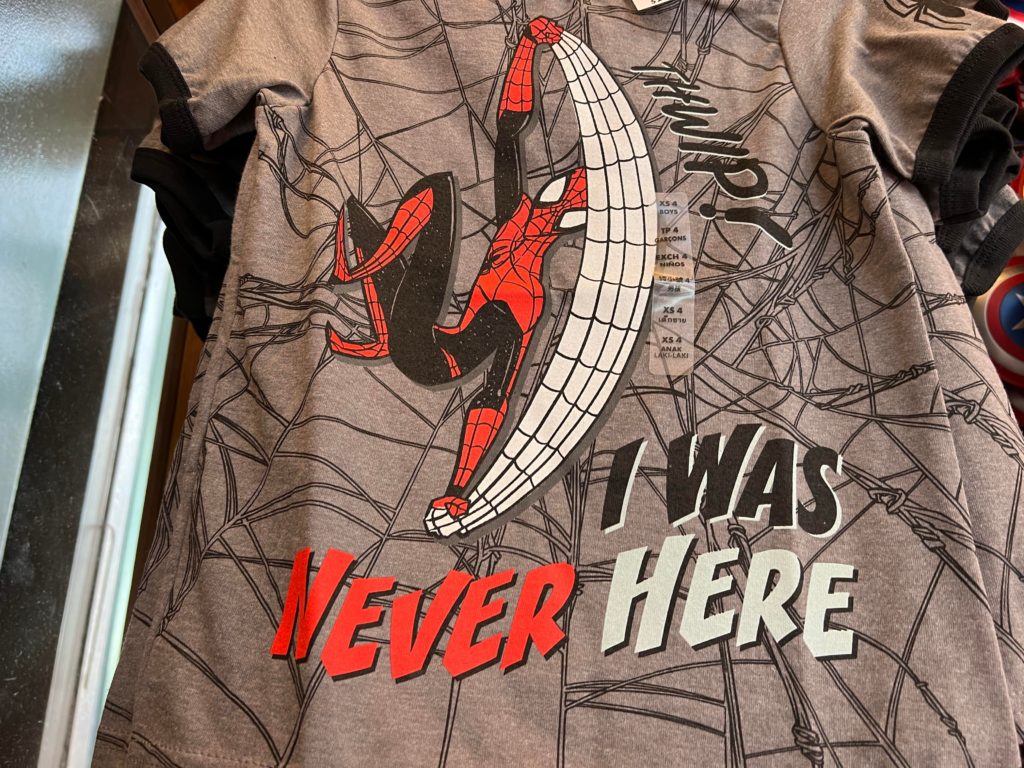 Spiderman is famous for saying, “with great power comes great responsibility.” So, even the littlest fan is sure to feel the strength of their favorite webbed hero in this cool t-shirt. 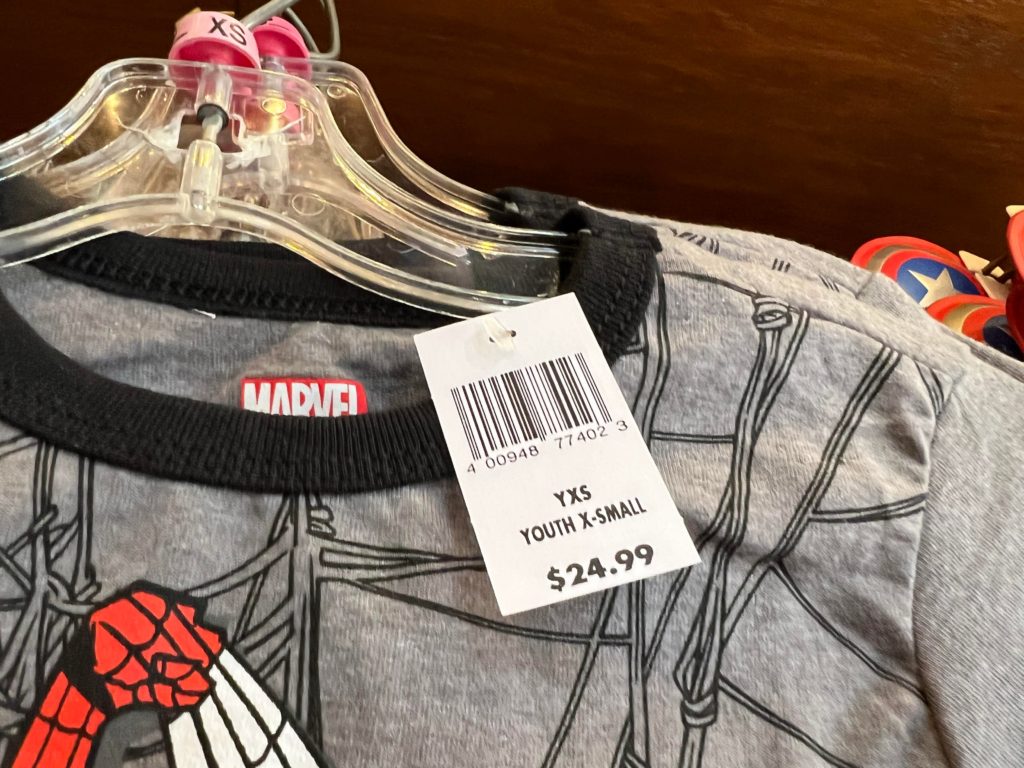 Second, take at a look at this t-shirt! This white tee looks like a classic cover of The Avengers comic book from 1963. 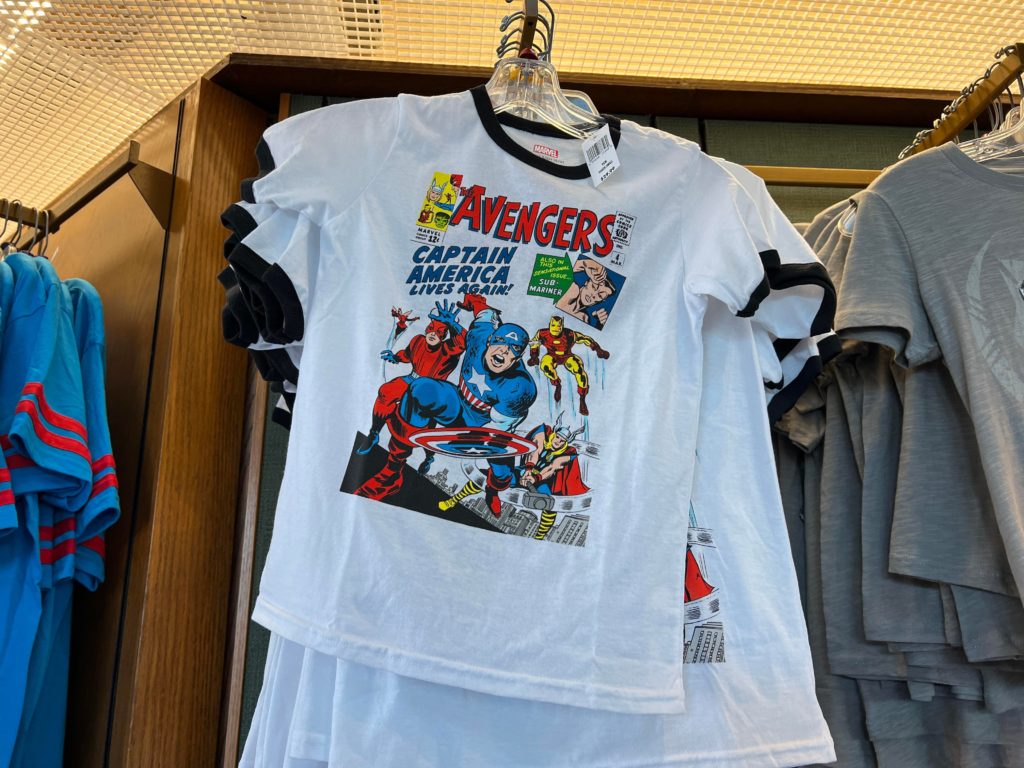 The cover comes from the #4 issue of the comic book series. Even if your kiddo wasn’t around to read comic books like this one, they’re sure to recognize and appreciate the heroes on the front.

The crew is all here with Captain America, Iron Man, Thor, Ant-Man, and Wasp. If you look up close at the top left of the image, you can even see the Incredible Hulk. 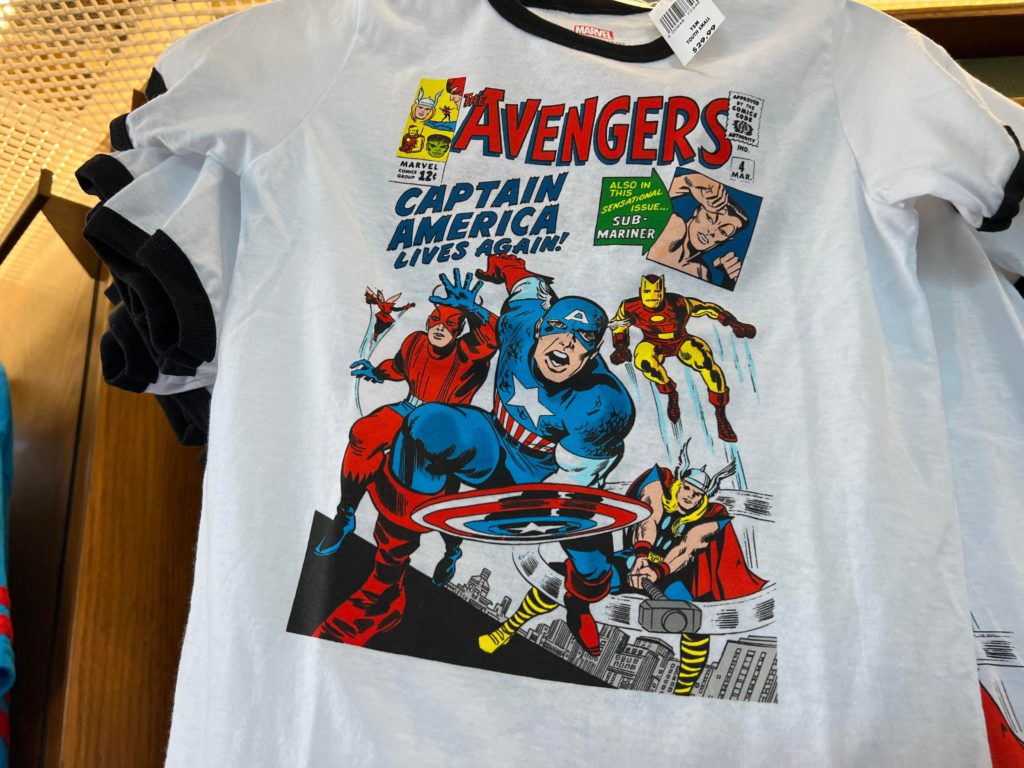 I love the nostalgia of a vintage tee. This particular one retails for $29.99 before tax. 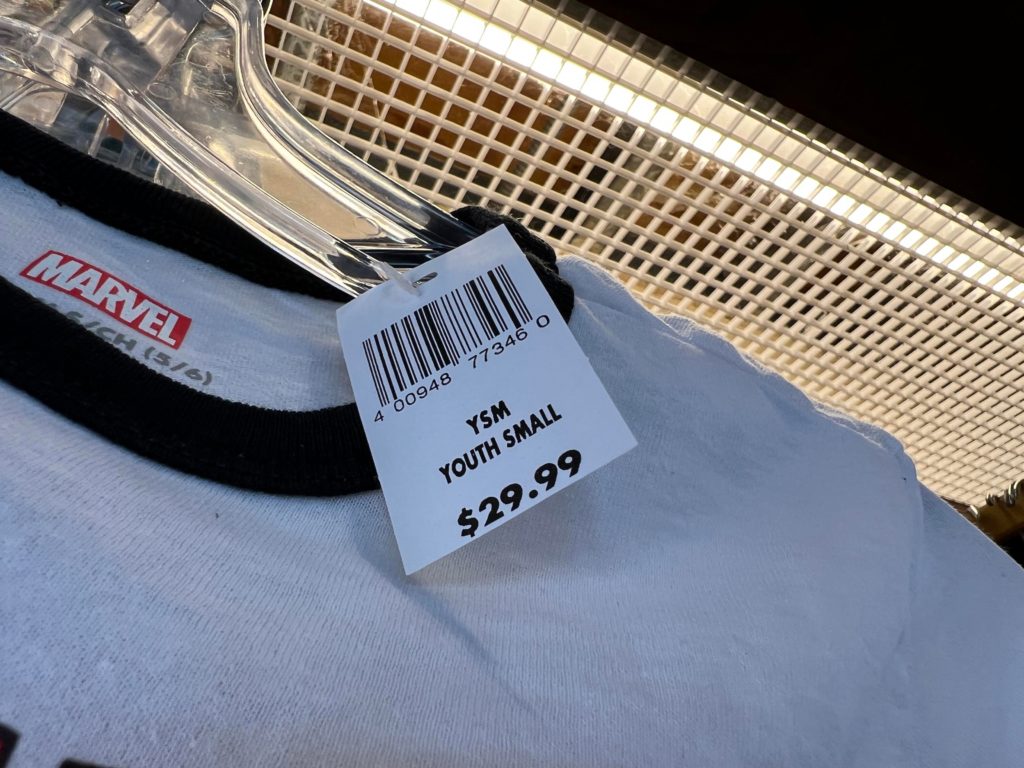 Third, this simple, white tee is a nod to a joke that originated from Captain America’s potty mouth in ‘Avengers: Age of Ultron.’

On the front of this t-shirt, we can see Captain America mid jump shouting the word, “LANGUAGE!” 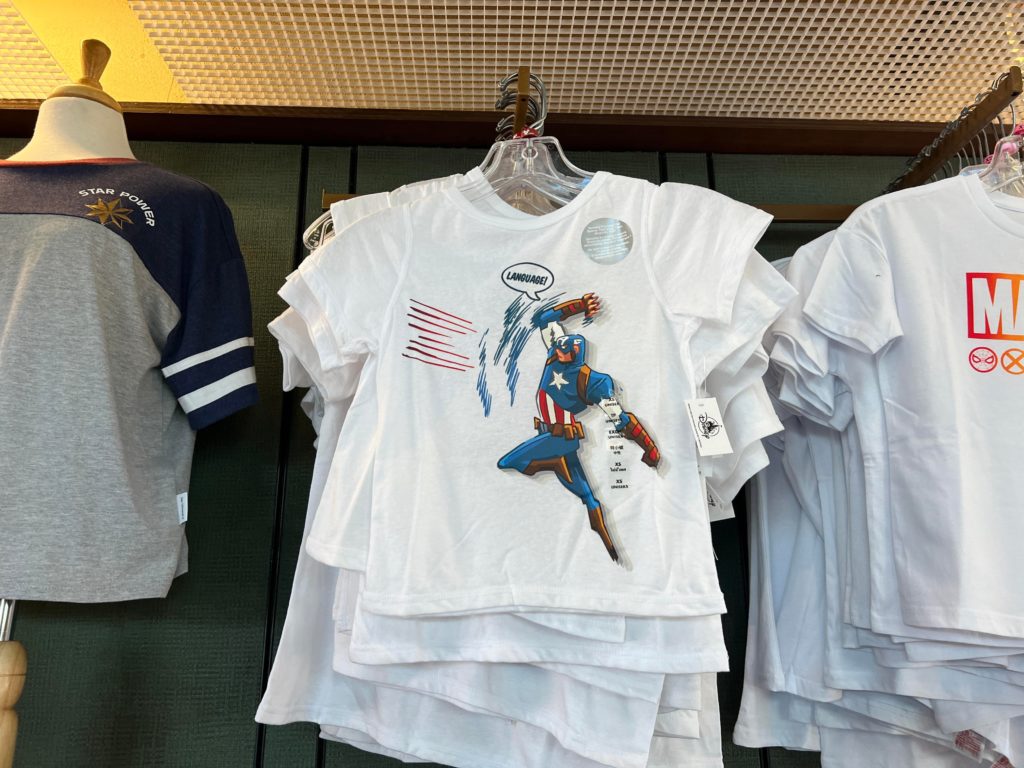 In the movie, Iron Man uses a colorful word. Iron Man reprimands him by saying, “Language!”

Ultimately, Iron Man won’t let Cap live it down and it becomes a long-standing joke throughout the film. 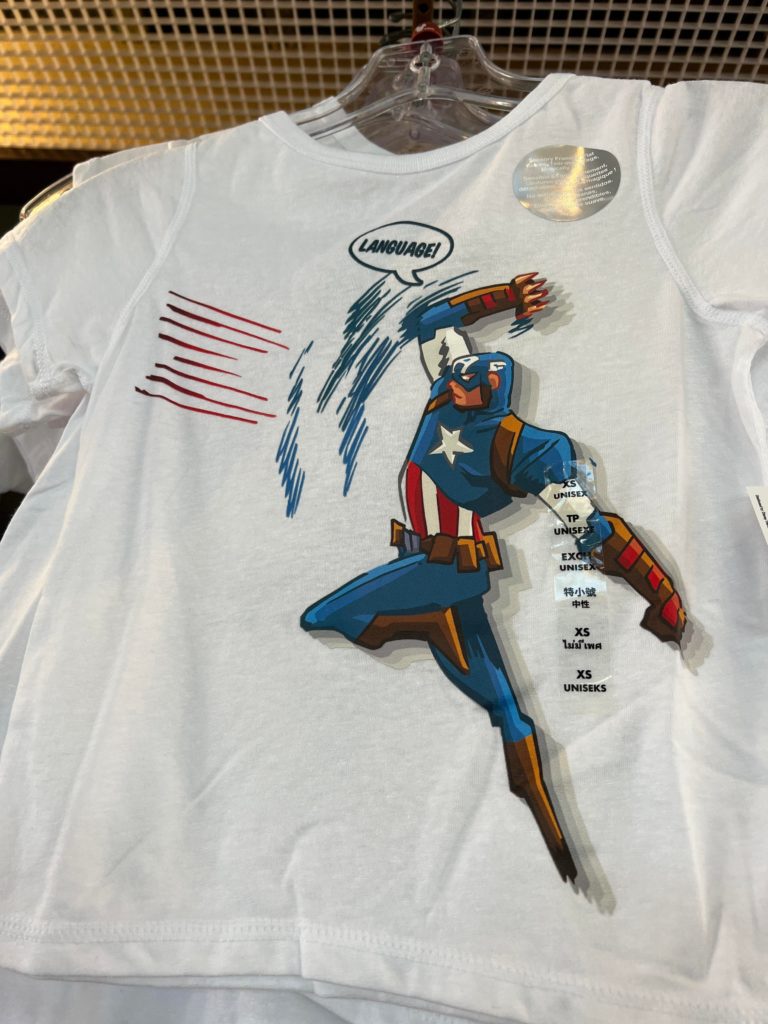 I feel like this t-shirt is just as much for kids as it is for their grownup. It retails for $24.99 before tax. 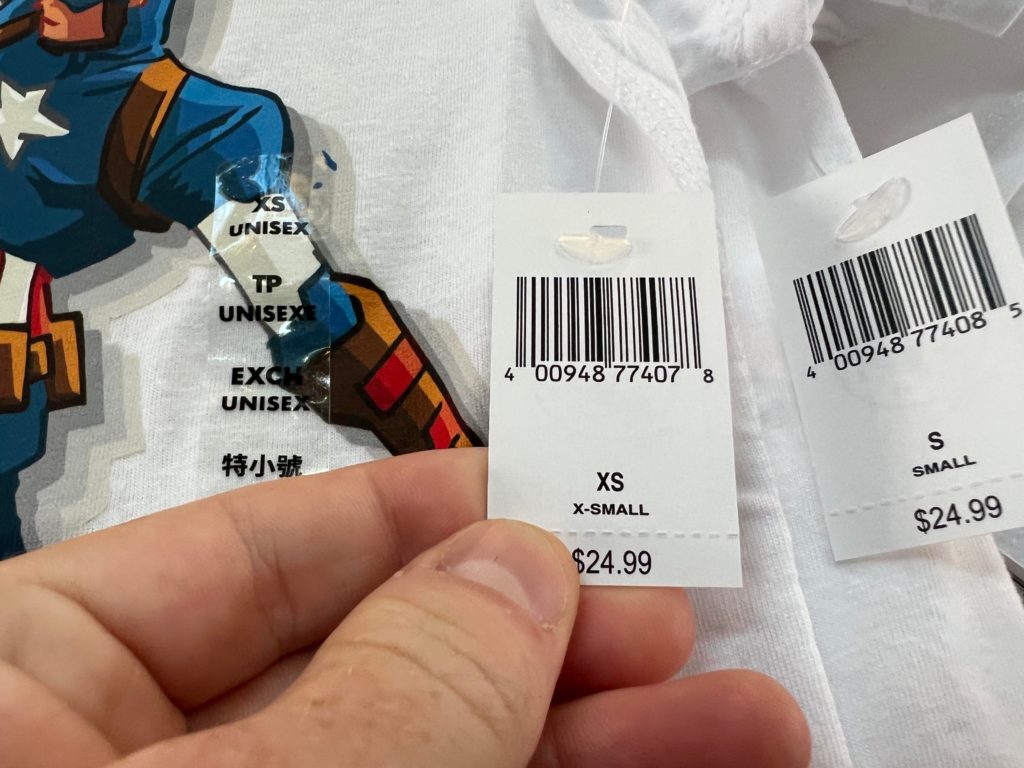 Disney Traders is full of fun merchandise. Make sure to stop by and see these in person. Little Marvel fans can represent their favorite superheroes with one, or all three of these cool kid tees.