We’ve got some exciting news!  Earlier this week, we here at MickeyBlog mentioned that the live-action version of Pinocchio directed by Robert Zemeckis and starring Tom Hanks as Geppetto would be coming to Disney+ on September 8th!  Today, Disney marketing is in overdrive with a brand new trailer and promo poster for the film and we’ve got a first look at both!

First let’s take a look at the trailer:

Capturing the magic and whimsy of the film and the bond between the father/son duo is a new promo poster that is sure to give you the feels!

A boy made out of pine… ✨ Stream #Pinocchio, a #DisneyPlusDay premiere, September 8 on @DisneyPlus! pic.twitter.com/VQxxAYMvG8

I don’t know about you all but today’s media release has me so excited to see the film when it arrives on the Disney+ streaming network next month!

If you’ve been following along with MickeyBlog, you’ll know that this updated version of the classic fairy tale will also star Benjamin Evan Ainsworth as the voice of young Pinocchio, Joseph Gordon-Levitt as Jiminy Cricket, Cynthia Erivo as the Blue Fairy, Keegan-Michael Key as Honest Joh, Luke Evans as The Coachman and Lorraine Bracco as (new character) Sofia the Seagull. 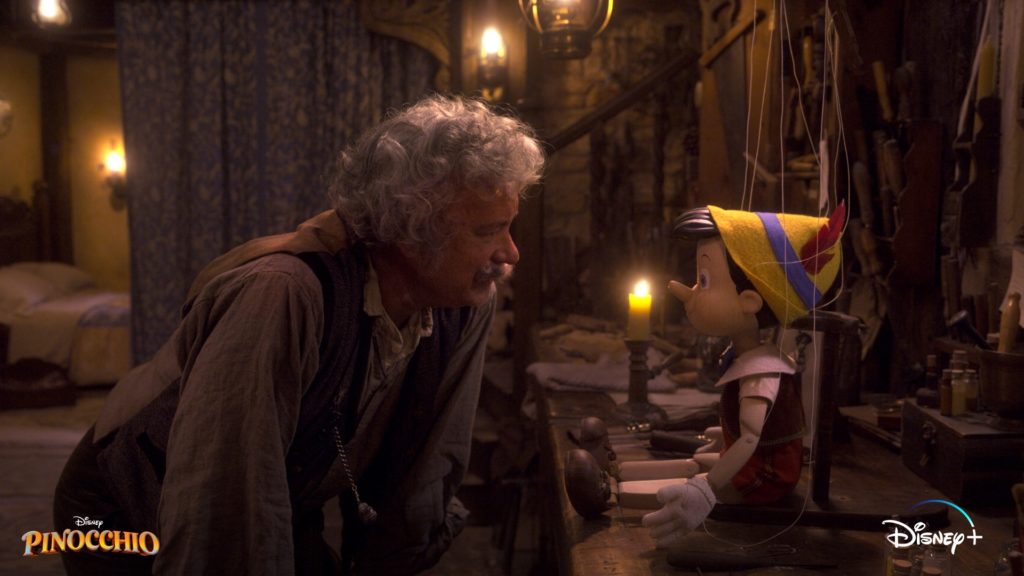