Take a journey under the sea with a chocolate-filled treat that surfaced today at Dockside Diner, a popular quick service eatery at Hollywood Studios. The Seaside Brownie delights with such a sweet bite as well as a darling set of toppings in honor of World Princess Week. 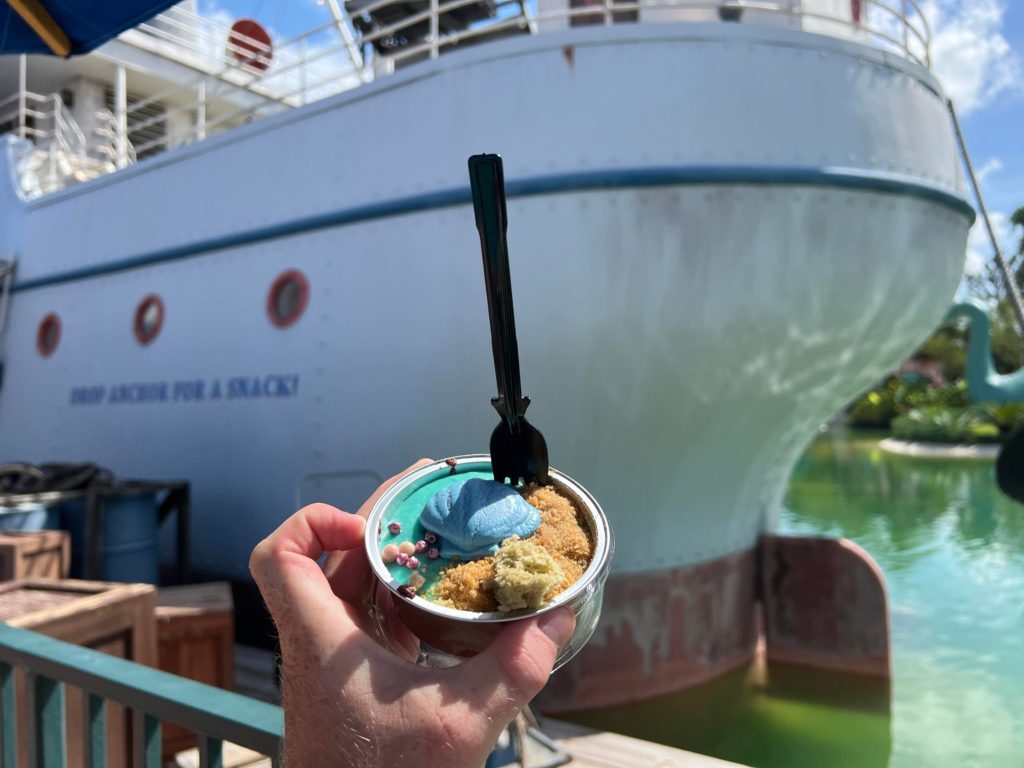 Served in a cup, this brownie definitely requires a dinglehopper for consumption (preferably one not previously used to brush hair as Ariel often does). 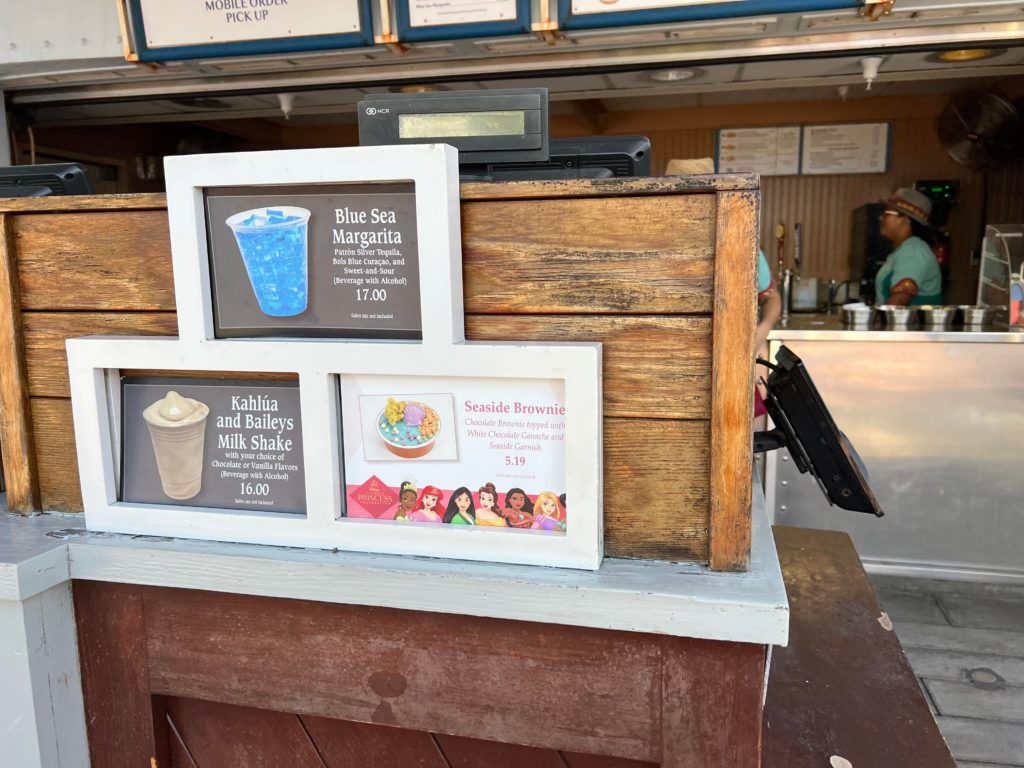 Underneath the seagreen colored topping rests a moist chocolate brownie. Layered on top of that, the aqua-hued white choclate ganache adds an extra decadent burst of sweetness. 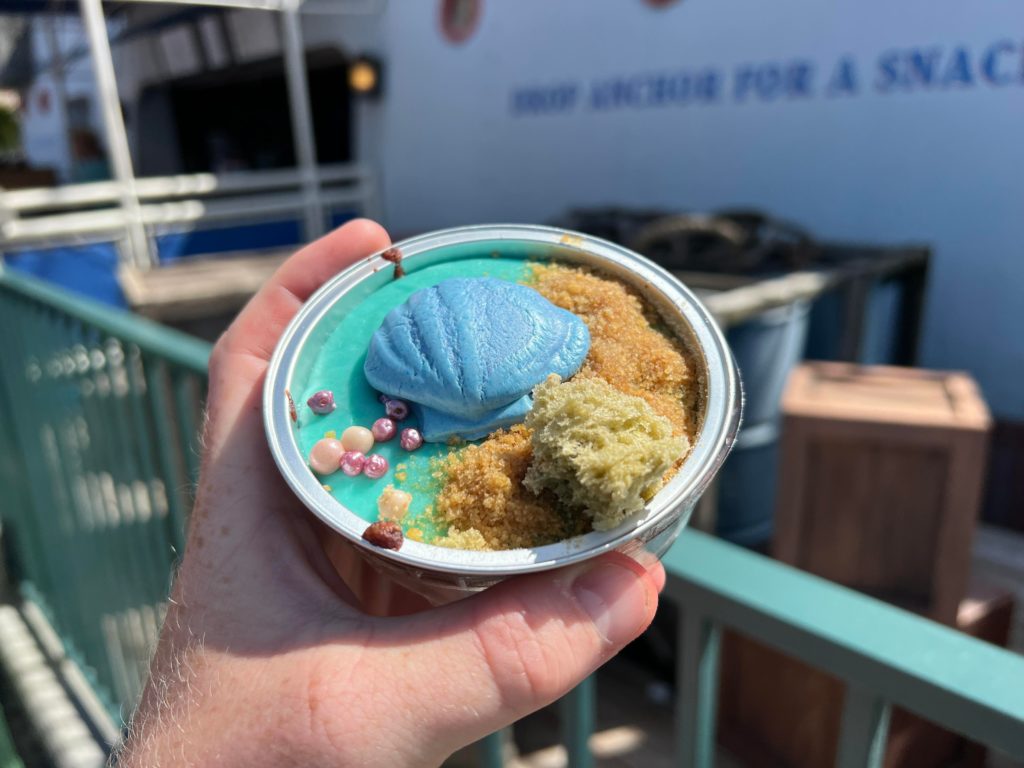 On top, the brownie cup features garnishes filled with seaaside whimsy. We especially loved the blue candy shell as well as the sugar pearls speckled across the top of the treat in white and pink shades. 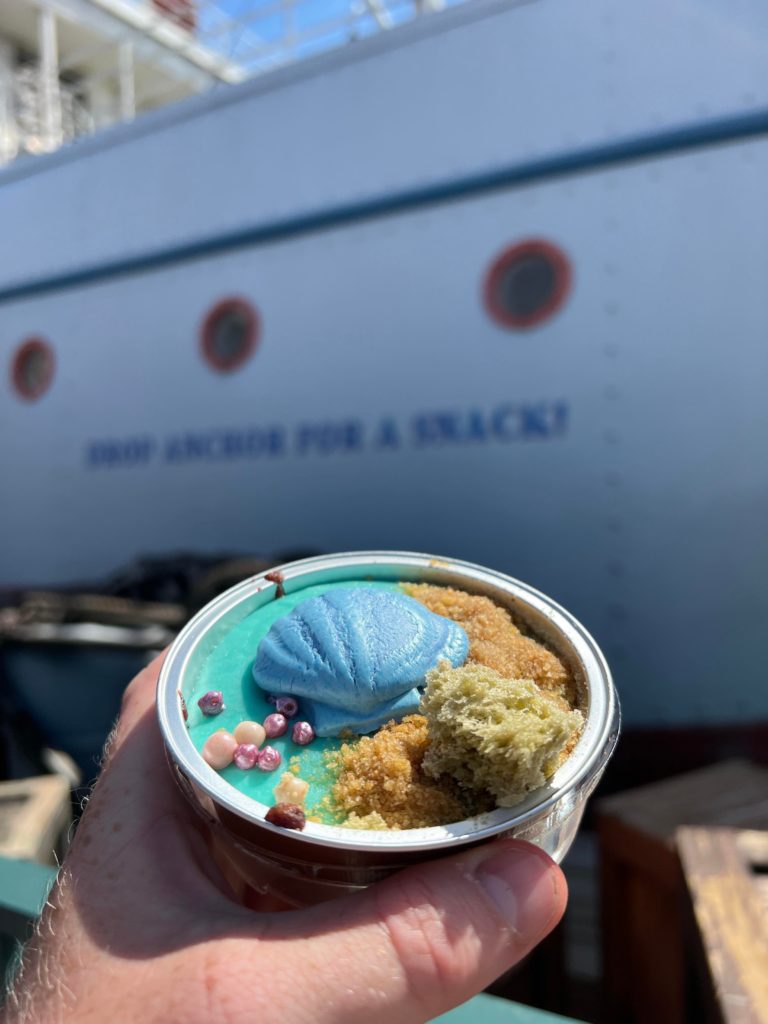 Two different sugar crumbles also add to the artistic elements of the brownie. With one taking on the shape of a piece of coral, the other sugary topping appears to create a beach on one side of the dessert’s canvas.

Aside from the special Seaside Brownie, which honors Princess Ariel during this week’s World Princess Week Festivities, Dockside Diner also gathers much acclaim for its quick seafood bites, including a super scrumptious shrimp salad roll. 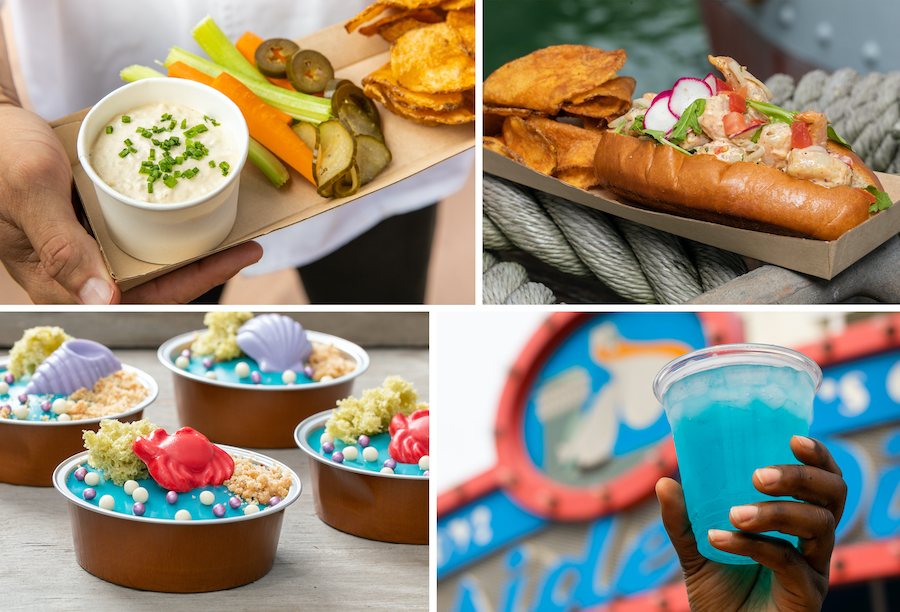 The eatery also offers a few freshing beverages, including the popular Blue Sea Margarita. Luckily, the Seaside Brownie also tends to pop up on the menu even when the World Princess Week festivities end. 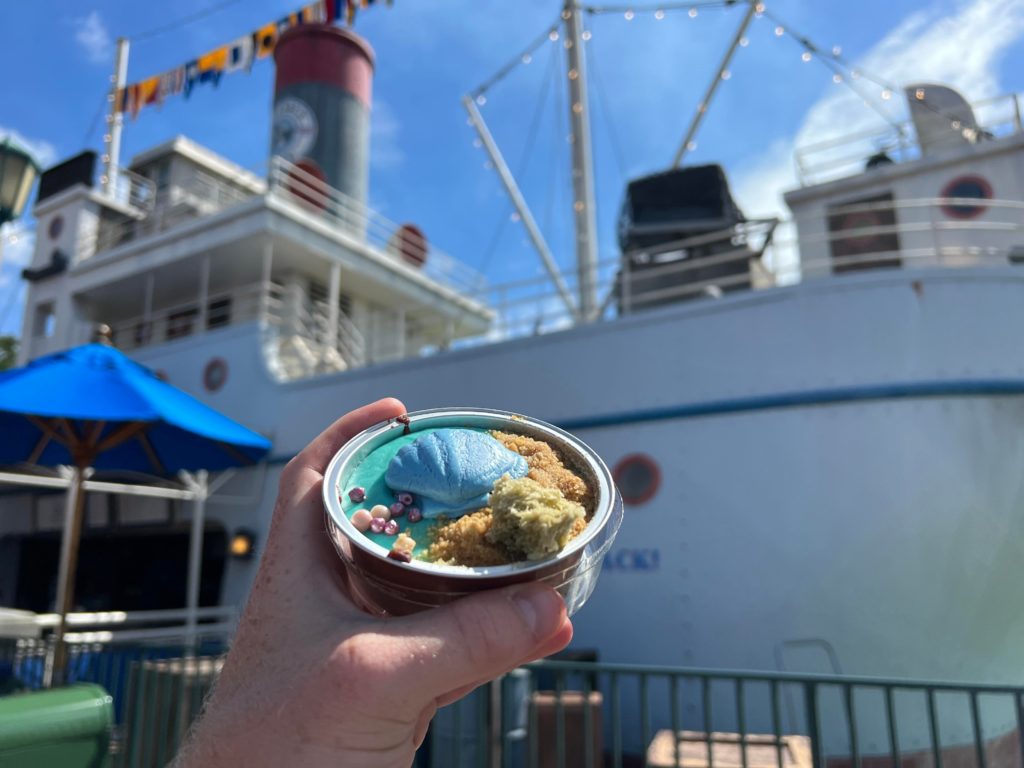 It’s hard to miss Dockside Diner’s giant ship structure just in front of Hollywood & Vine in Hollywood Studios. Make sure to keep an eye out for Goofy and Max as they occasionally pop by the lagoon nearby to try their hand at fishing midday.