Live-Action Pinocchio To Debut on Disney+ on September 8th

Today, Disney is giving us a first look at all of the incredible programs heading our way for Disney+ Day on September 8, 2022.  One that has viewers the most excited is the release of Disney’s live-action version of Pinocchio which will be premiering on the day!

If you’ve been following along with MickeyBlog, you’ll know that this updated version of the classic fairy tale is being directed by Robert Zemeckis and will star Tom Hanks in the role of Geppetto.

Below is a look at the previously released promo poster for the project. 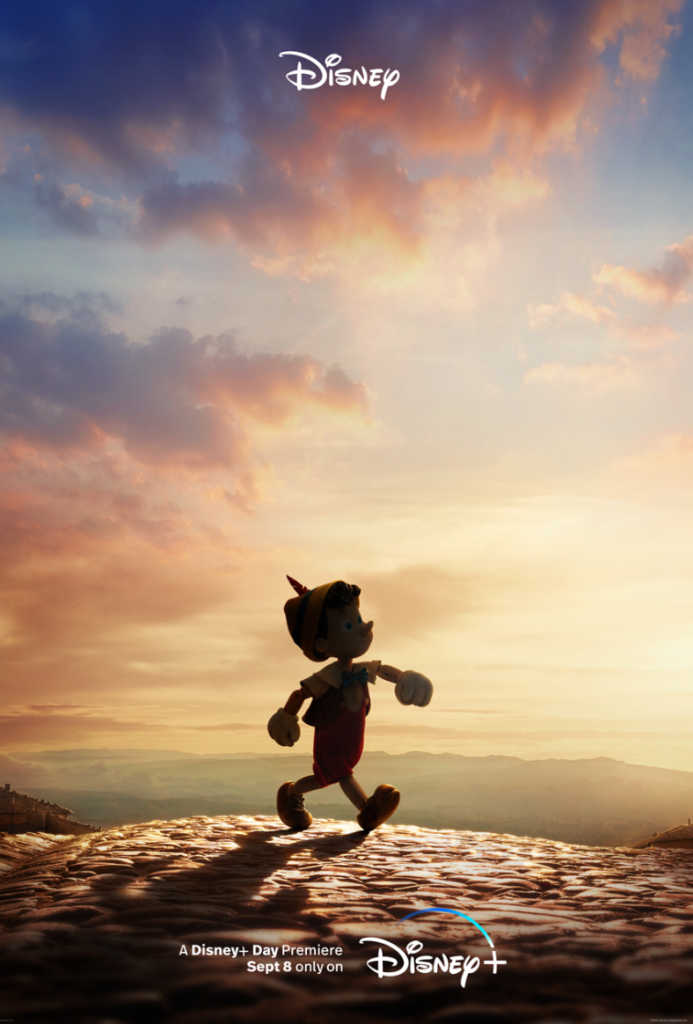 Joining Hanks in the cast are Benjamin Evan Ainsworth who voiced young Pinocchio, Joseph Gordon-Levitt as Jiminy Cricket, Cynthia Erivo as the Blue Fairy, Keegan-Michael Key as Honest Joh, Luke Evans as The Coachman and Lorraine Bracco as (new character) Sofia the Seagull.

Earlier this year, Disney took to social media to share  a first look at  Tom Hanks in character. You can check it out below:

First Look! Check out Tom Hanks as Geppetto and our beloved Pinocchio, voiced by Benjamin Evan Ainsworth. #Pinocchio is coming to #DisneyPlus this September. pic.twitter.com/mqm5j2I5jR

Disney’s official description for the film is as follows:

“Academy Award® winner Robert Zemeckis directs this live-action retelling of the beloved tale of a wooden puppet who embarks on a thrilling adventure to become a real boy. Tom Hanks stars as Geppetto, the wood-carver who builds and treats Pinocchio (Benjamin Evan Ainsworth) as if he were his own son. Joseph Gordon-Levitt is Jiminy Cricket, who serves as Pinocchio’s guide as well as his ‘conscience’; Academy Award® nominee Cynthia Erivo is the Blue Fairy; Keegan-Michael Key is ‘Honest’ John; Academy Award® nominee Lorraine Bracco is Sofia the Seagull, a new character, and Luke Evans is The Coachman.”

If that hasn’t put you in the mood to see this film then the trailer below definitely will:

We expect more awesome details to be released regarding the project in the days and weeks ahead.

Readers are encouraged to keep following along with MickeyBlog for more Disney+ news and updates!