After years of playing one of the most emotionally powerful characters in the Marvel Cinematic Universe, actress Brie Larson burst with excitement recently. The star who plays Captain Marvel recently visited Disneyland Paris for the grand opening of Avengers Campus there, which features Captain Marvel herself in a highly anticipated new thrill ride.

Despite Disneyland Paris housing the second Avengers Campus (the first opened at Disney California Adventure Park last year), the new campus at Walt Disney Studios Park is the only land to feature the new high-speed coaster. With a powerful name and storyline, Avengers Assemble: Flight Force thrills riders as they assist Iron Man and Captain Marvel in saving humanity from an “intergalactic threat,” according to the attraction’s website.

The many stages of emotions when your biggest childhood dream comes true. I have a ride at Disney!!! pic.twitter.com/1u6IueG5vw

Larson shared her awe-struck reactions to the exhilirating indoor roller coaster as well as the intricate queue and detailed merchandise in a recent YouTube video. In the YouTube video, Larson also shares a special moment in which she had a chance to chat with Carold Danvers herself during the visit.

“Disneyland is one of my favorite places on Earth, so to be here in Paris, I’ve never been to this location before, and as well, to be here for the opening of my own ride is making me emotional,” Larson says in the video. “I obviously shot footage for it for a couple of days, but I didn’t know what it all meant.” 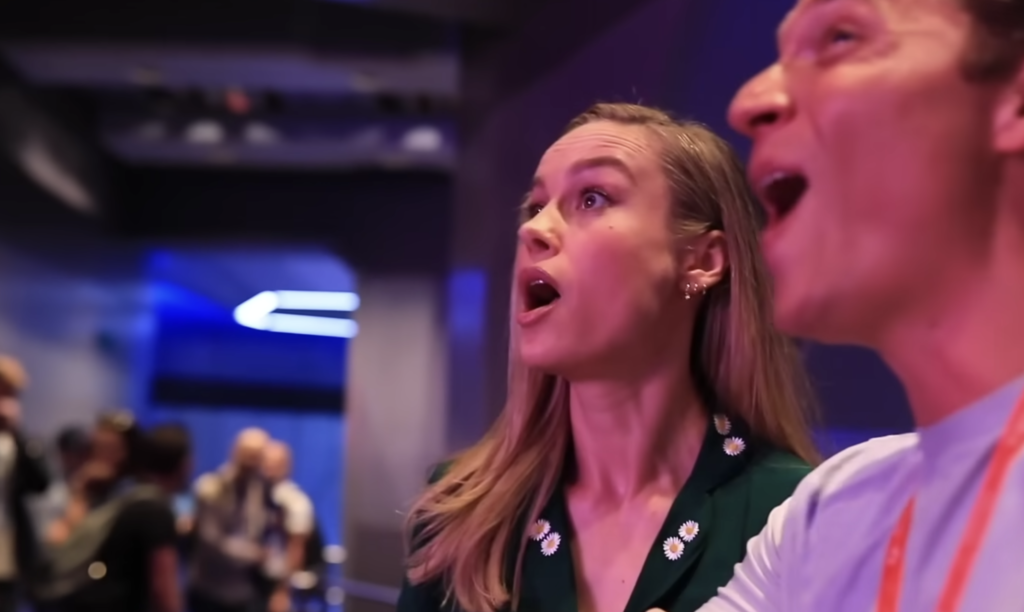 Throughout the experience at Walt Disney Studios Park, Academy Award-winner Larson shares her joy with boyfriend Elijah Allan-Blitz, an Emmy Award-winng director and actor.  The range of emotions that they both display as well as Larson’s knack for story-telling is absolutely priceless .