Disney enthusiasts love when characters are brought to life!  Well, Disney Imagineers are not the only ones to bring extra magic as Porsche reveals the Sally Special. 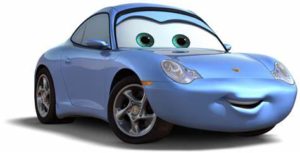 Porsche announced its vision of creating this unique Disney/Pixar character tribute earlier this year.  Now, they confirmed the Porsche 911 Sally Special will be available to Disney/Pixar and car lovers. 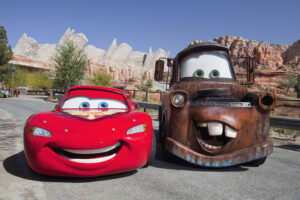 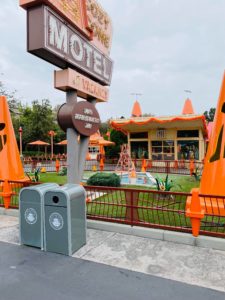 Sally Carrera is a beloved character from the Disney/Pixar animated film, Cars.  She is a blue, Porsche 911.  In fact, you can take pictures with her at Walt Disney World’s Art of Animation Resort. Hence, Sally Carrera inspired the Sally Special.  Likewise, the car is painted with “Sally Blue Metallic,” which is contrasted by the special “Turbo” inspired wheels.

Attention to detail intrigues any Disney fanatic, and Porsche did not disappoint.  A special decal simulates the character’s pinstripe tattoo.

Okay, so the Sally Special is unique and beautiful, but how does it perform?  Boris Apenbrink, Director of Porsche Exclusive Manufaktur Vehicles says, “The Sally Special is based on the fastest, most engaging and agile 911 Carrera there is – the 473 hp 911 Carrera GTS – equipped with a manual gearbox to appeal to those who love driving, just like Sally Carrera.” 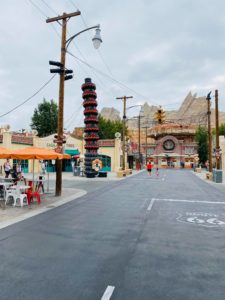 Accordingly, the Sally Special project began in November 2021.  It was a collaboration between Porsche’s design team and Disney/Pixar employees. 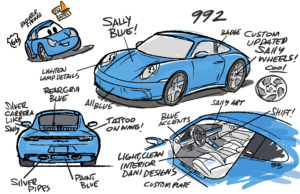 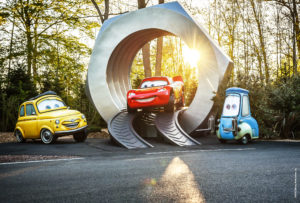 So, how much do you think the Sally Special will bring in at the auction?  Only time will tell, but we are excited as Porsche reveals her…brought to life! 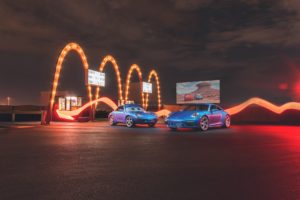