As I mentioned in this month’s Disney Rumors, silly season is upon us. The rumor mill is in full force with the 2022 D23 Expo just around the corner.

The last time this happened, an unnamed site published a speculative article wherein they claimed a classic Magic Kingdom attraction would re-theme. 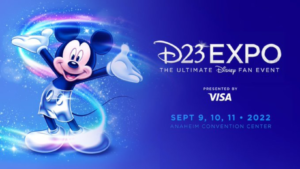 Word of this rumor spread like wildfire on the internet, triggering the most forceful denouncement I’ve ever seen from Disney’s Parks Blog. Someone woke up and chose violence that day.

Truthfully, Disney’s PR team likely faces such inquiries frequently, which must get exhausting.

Similar rumors are out in the wild right now. So I thought it’d be fun to evaluate the likelihood of each one.

Realistically, nobody knows what Disney will announce at D23, but it’ll probably seem tame relative to the bold predictions online. 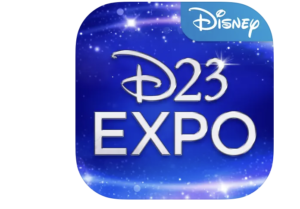 Here are a few of the most brazen and strange Disney rumors.

I’ll start with this rumor because it comes with the most credibility. Sort of.

The Orange County Register published an article titled “Is Disneyland Building a Third Theme Park? Not Yet.”

I honestly don’t know whether people willfully ignored those last two words or what happened here.

I guess it’s possible that the site updated the header with the “Not Yet” part to avoid confusion. 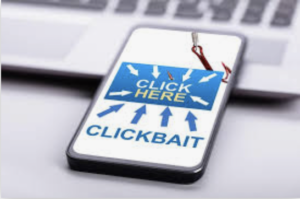 As far as clickbait goes, this one was a massive bingo. It definitely got people talking, excitedly buzzing about the next Disneyland theme park.

Fans couldn’t help but notice the demolition at Downtown Disney and near the Stitch parking lot, the location of a future park expansion. 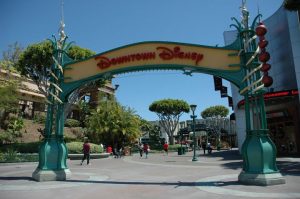 So, they allowed their imaginations to run wild by thinking bigger.

Specifically, they wondered whether this change involved a previously revealed (albeit vaguely) project, DisneylandForward. Alas, they shouldn’t.

The changes on display at Downtown Disney and the parking lot reflect previously announced construction plans.

At some point, DisneylandForward will become a thing. However, we’re still in the permits and bureaucratic negotiations stage of that.

The recent resignation of Orange County’s Mayor likely slowed down these plans as well.

However, the last time we got our hopes up for a similar project, we got Disney California Adventure and Superstar Limo. 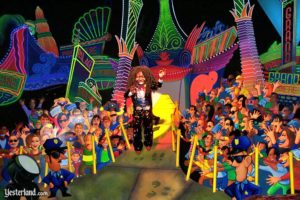 Therefore, we should all be careful about what we wish for on this subject.

Yeah, okay, this one has become a thing because a popular Disney podcast referenced the topic.

Someone somewhere suggested that Walt Disney World would shorten its name to Disney World, thereby dropping the Walt.

Disney historians know that the park originally could have been called Disney World before Roy insisted on honoring his brother.

Several plaques at Magic Kingdom play up this unique honorific. So, it would be insanely disrespectful of Disney’s current leadership to make this move.

That’s before we factor in the fact that the D23 Expo caters to the most loyal Disney fans. Imagine how well that announcement would go over with that crowd! 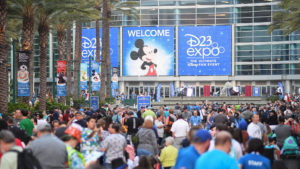 This rumor doesn’t even pass the laugh test. Still, we should acknowledge that Disney may gradually phase out the Walt part of the brand over time.

The conventional description of something isn’t necessarily what people call it.

As an example, compare the bottles for Coca-Cola and Diet Coke. The official name is the former.

However, Coke officials eventually accepted that everyone called the drink by a shorter name and just gave in.

To the best of my knowledge, there isn’t currently any Diet Coca-Cola packaging in the American marketplace. There once was, but I’m pretty sure it’s gone (based on a cursory Google search.)

That same practice applies to Walt Disney World, but there’s still not a (realistic) chance that Disney does this.

If so, such a move would be the latest unforced error during the Chapek regime.

Simply stated, there’s no upside but nightmarish downside to dropping “Walt” from the title.

Somehow, this one is even more laughable than the Walt Disney World name change…and that’s reeeeeeeally hard to do.

For some reason, a few stubborn fans remain convinced that Disney won’t change Splash Mountain. Instead, they think Disney is really to pull the plug on the re-theme.

Friends, Disney spent the end of June and start of July talking up the planned re-theming of Tiana’s Bayou Adventure.

Do you honestly buy for a second that Disney would give the project any oxygen if it were in danger of collapsing? Of course not!

Nobody markets better than Disney. So there’s rarely any wasted effort.

When Disney hosts an event and then posts online videos of Imagineers working on a project, it’s happening.

The odds of Splash Mountain staying in its current form or roughly the same as the Atlanta Falcons winning the Super Bowl this year.

Let me be clear. The Atlanta Falcons are NOT winning the Super Bowl this year, and I’m saying that as a Falcons fan. But I’d still give it better odds than Tiana’s Bayou Adventure getting canceled.

A respected Disney analyst recently expanded on their beliefs about the growing threat of Universal Orlando Resort (UOR).

This park recently confirmed that it achieved record attendance during the second fiscal quarter of 2022.

By 2025, Epic Universe should arrive, thereby leading some to speculate that the gap between Walt Disney World and UOR is narrowing.

That’s accurate in the same way a high school sophomore who recently enjoyed a growth spurt is closing the gap with Manute Bol. There’s still a long way to go.

Despite this fact, the expert argued that Disney should add two new attractions per park to stave off the momentum at UOR.

I’m actually planning to write an article speculating about what such attractions could be, but I’ll preface it by adding that this won’t happen.

Disney has no plans to add eight new Walt Disney World attractions over the next three or four years.

The company is still paying for the Fox acquisition and must keep ample cash on hand for its streaming service expansion.

New theme park attractions often cost nine figures to build. So, we’re talking about at least a $1 billion investment for those eight attractions.

If Disney were willing to do that, it might as well work on a fifth theme park, right? It’d get better bang for the buck that way.

Still, that’s almost beside the point. Nobody has stated that Disney even might add these attractions. Instead, it’s a misinterpretation of a flip comment.