The Star Wars franchise is celebrating 45 years since the original film, A New Hope, debuted in 1977. You can commemorate the Star Wars anniversary with one, or all, of these pins. 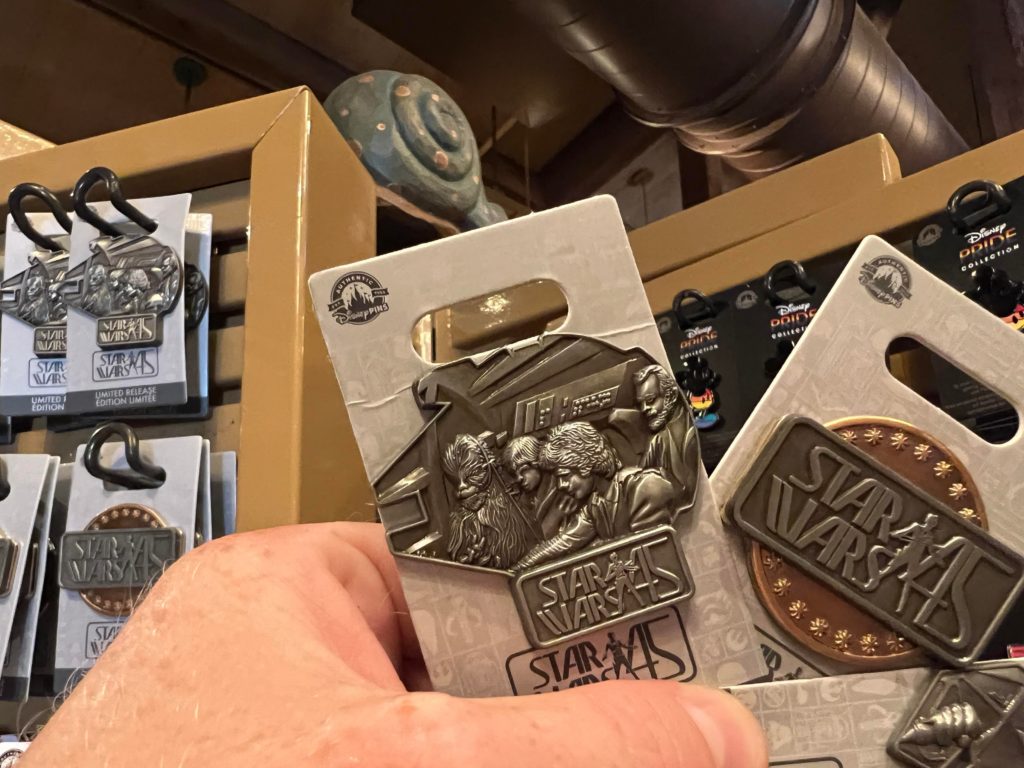 First up, we have a pin featuring Chewbacca, Luke Skywalker, Han Solo, and Obi Wan Kenobi flying in the Millennium Falcon. Just like that famous scene in A New Hope that we all remember.

The Star Wars logo is set below the ship and crew with the anniversary number 45 on the right side. 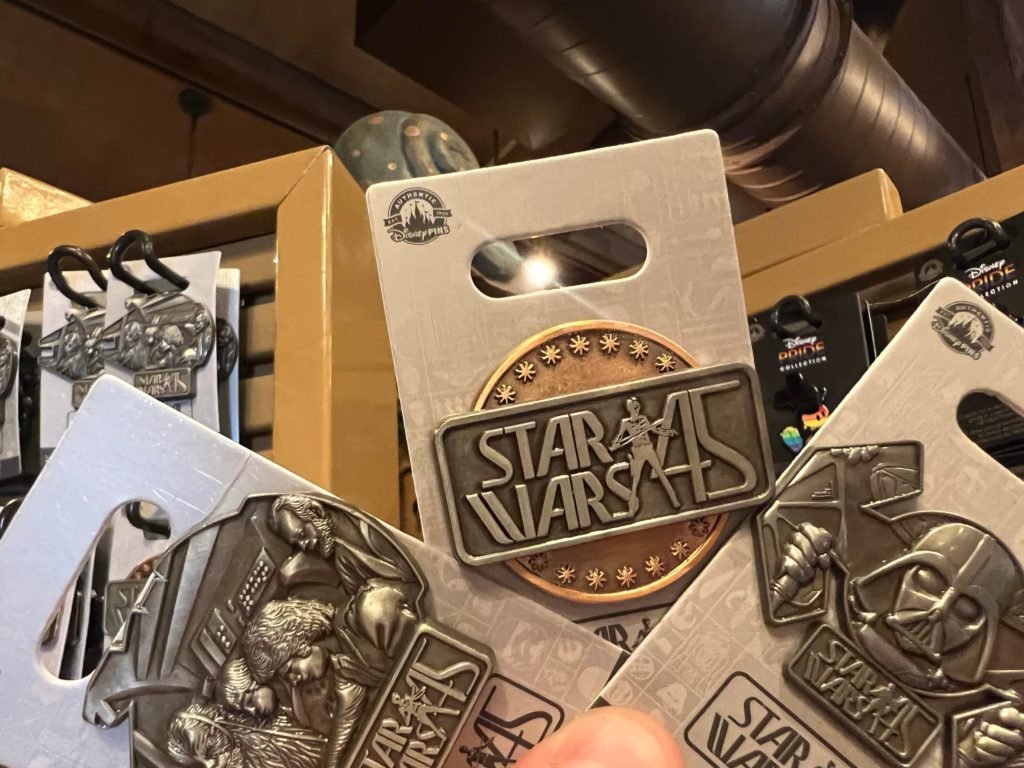 The second pin is the classic Star Wars logo featuring Luke Skywalker from Episode IV. It looks like two layers; the front section is made to look like steel while the back is more of a bronze.

The round, back layer has a secret message underneath, ‘May the force be with you.’ You’ll have to come see for yourself! 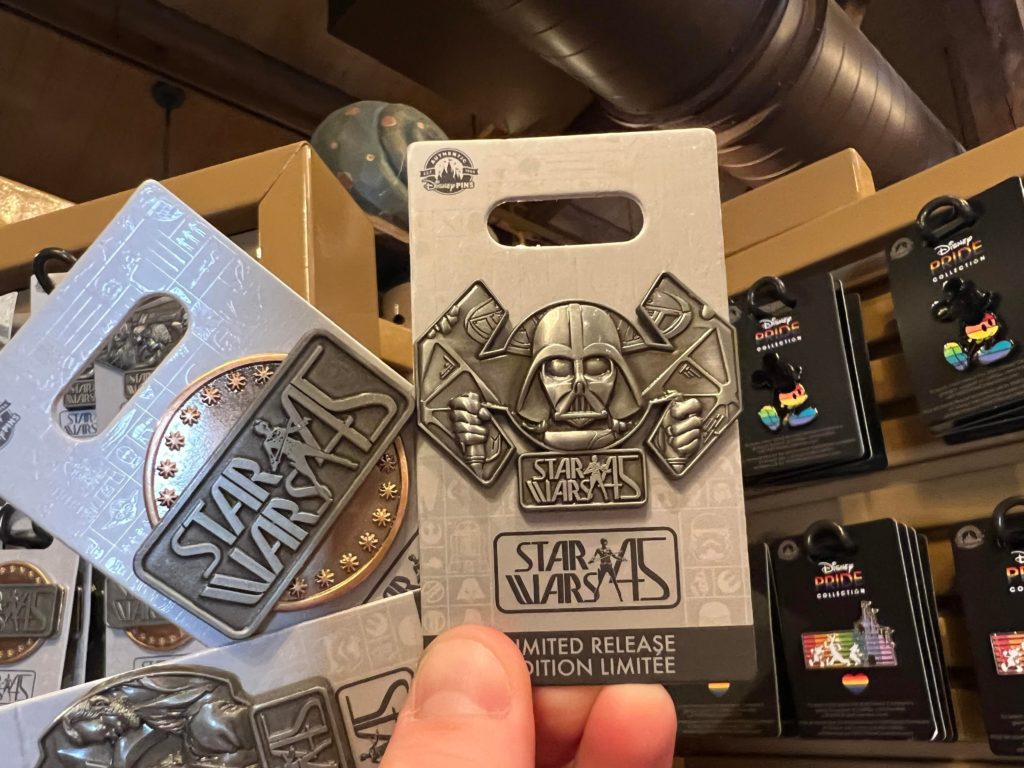 Third, we have the villain everyone loves to hate, Darth Vader. This Vader pin is in the shape of his ship, the TIE Fighter. His hands are on the controllers as if he’s ready to bring down the Rebellion. 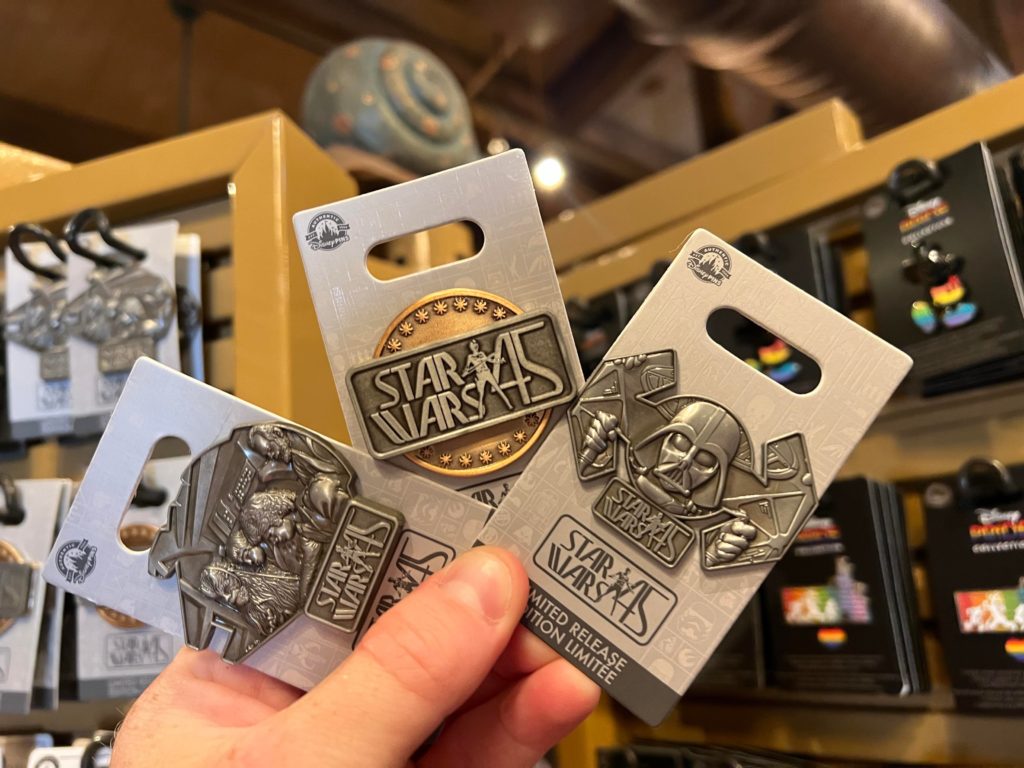 These three pins are perfect to commemorate more than four decades of Star Wars films. Many generations of people have enjoyed the stories that come from a galaxy, far, far away.

Each of the three Star Wars anniversary pins retail for $17.99. 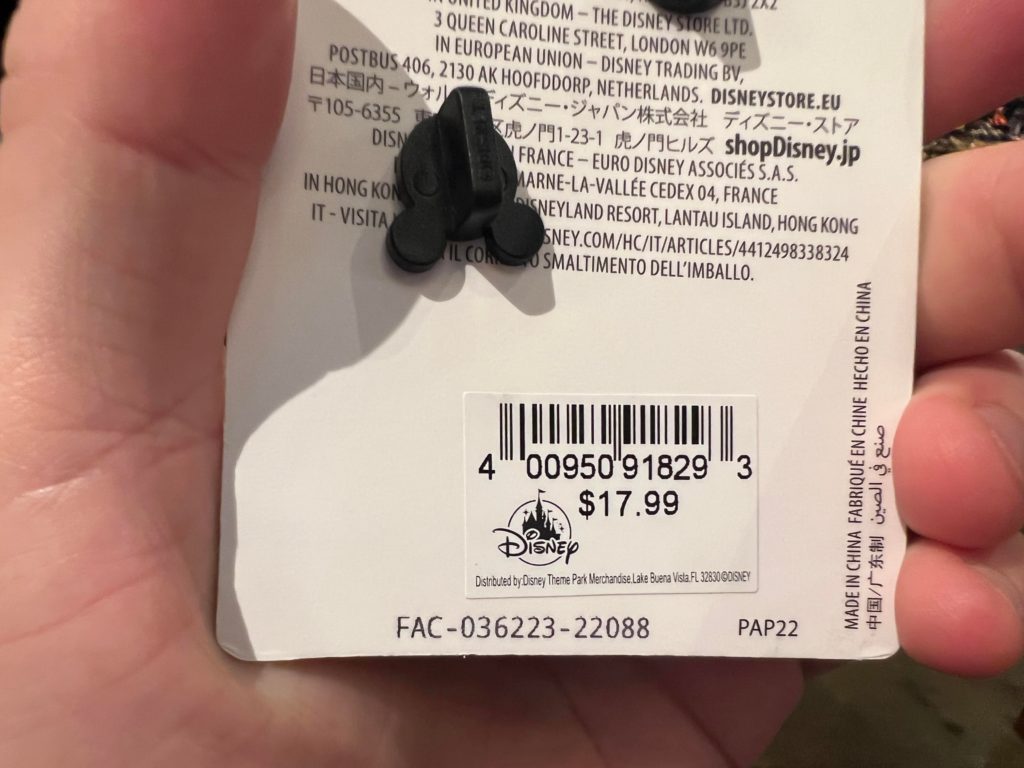 Last, but not least, Grogu! The Mandalorian star is featured on this two-pack of pins. 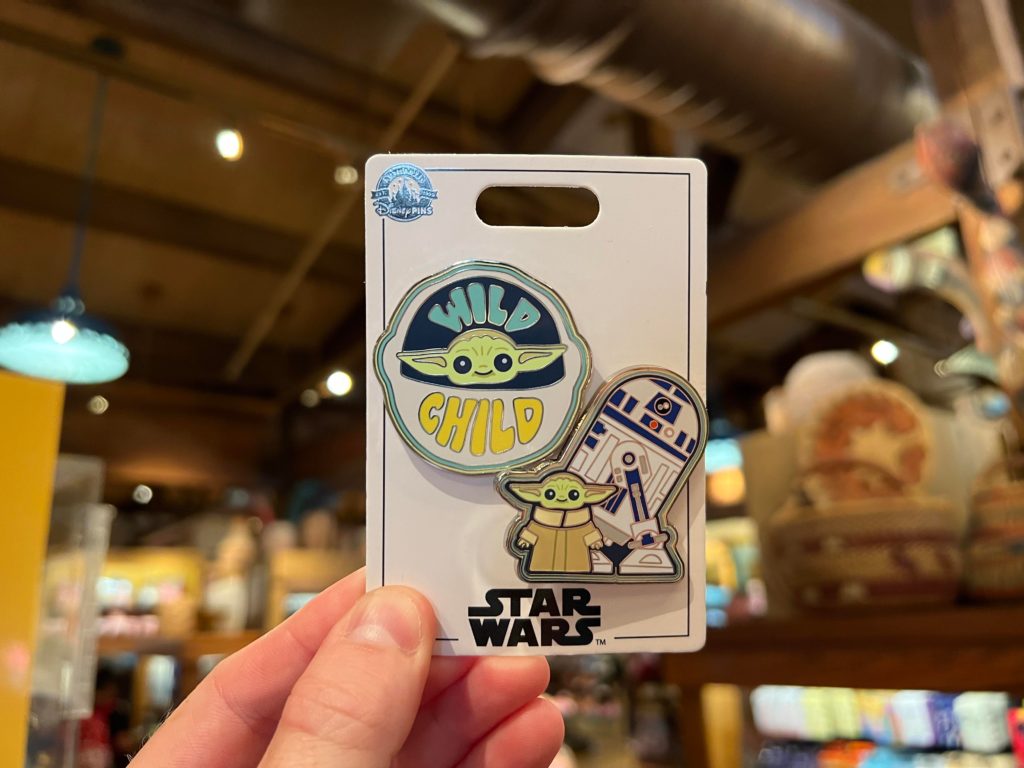 The first, circular pin is Grogu’s adorable face between the fitting words ‘Wild Child.’ The second pin in the set is Grogu together with everyone’s favorite droid, R2D2. (Don’t tell C3PO we said that.) 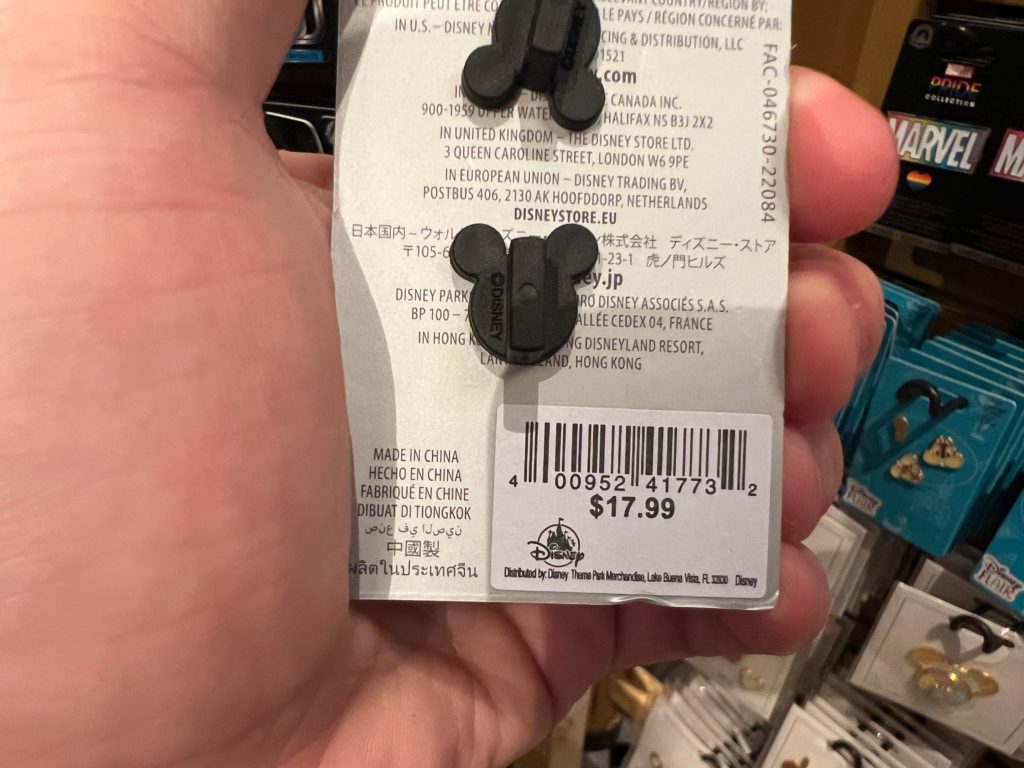