Congratulations are in order for Capa Steakhouse at Four Seasons Resort Orlando at Walt Disney World Resort.  The restaurant has always been known for delivering an unparalleled fine dining experience and the Resort’s signature rooftop restaurant.  NOW, Capa can add a coveted Michelin Star rating to their list of accolades.

This reinforces Capa’s position as a premier dining destination in Orlando.  The Four Seasons recently took to social media to celebrate this important distinction.  Check out their celebrated Facebook post below:

Fabrizio Schenardi, Executive Chef of Four Seasons Resort Orlando said of the Michelin star announcement, “It’s an honour to receive recognition from one of the industry’s most sought-after resources.” The Chef continued,. “This announcement is truly a testament to the dedication, passion and constant innovation of our incredible team.” Schenardi oversees the entire culinary operation and menu creation for the restaurants at Four Seasons Resort Orlando which includes Capa. 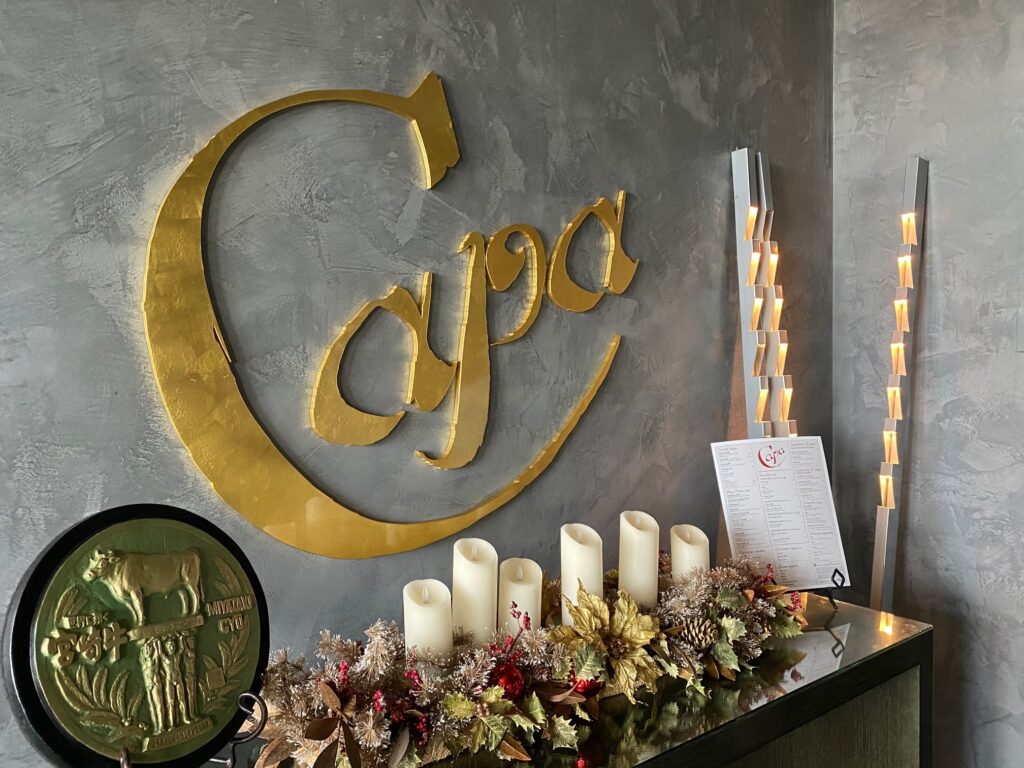 The menu at Capa is Spanish-influenced and is known for it’s expertly wood-fired prime cuts, New Basque small plates and fresh Florida seafood.

The review in the Michelin Guide says of Capa:

Guests can  “expect a distinctive experience defined by hickory-grilled steaks and impressive tapas.” The delectable cuisine is matched only by the restaurant’s stunning ambiance, with a main dining room embellished by a striking crimson ceiling art piece reminiscent of a flamenco dancer’s dress, and two outdoor terraces featuring views of the nightly Disney fireworks spectaculars. “Calling Capa a steakhouse is like saying flamenco is just a dance,” says the Michelin Guide. “This stunning spot, reigning from the 17th floor of Four Seasons Orlando, is big on drama (and that’s before the unrivalled views of the nightly Disney World fireworks show). From the subtle design nods to the menu, there is a clear Spanish influence here.” 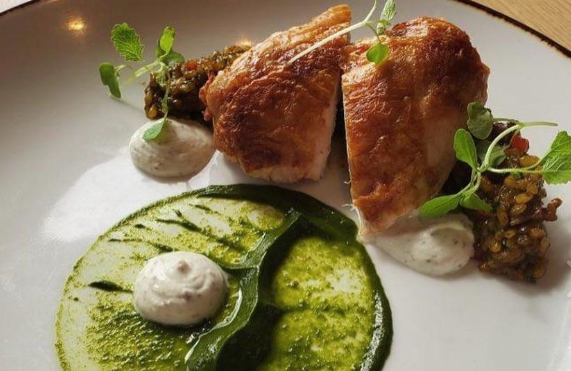 Wine lovers are sure to be smitten with the wine program with an emphasis on both regional and global favorites.  The eatery has also been awarded with a “Best of Award of Excellence” in several Wine Spectator Restaurant Awards issues. It has also been named among the Best 100 Wine Restaurants in the US by Wine Enthusiast magazine. 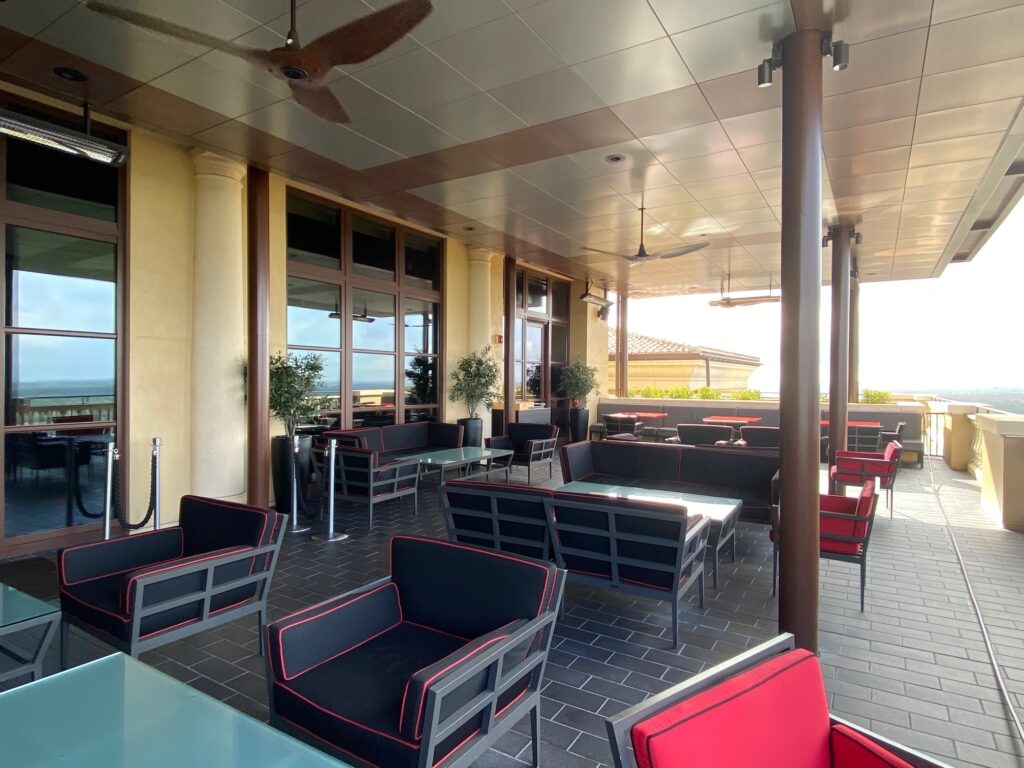 Schenardi was born in Torino Italy, he grew up in the kitchen, and his expertise has been key in putting Capa on the culinary map.   Back in 2015 Schenardi was honored in Italy with prestigious Paolo Bertani Award for his accomplishments in the industry. Then in 2016 Schenardi and his team were honored with an opportunity to cook at James Beard House in New York. 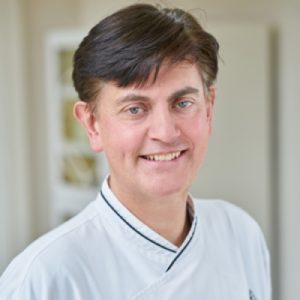 If Schenardi looks familiar, it may also be that you saw him back in August 2020 as a contestant on The Food Network hit television show Beat Bobby Flay. 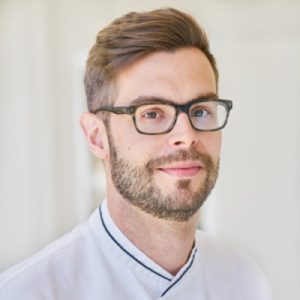 Another chef integral to Capa’s success is Outlet Chef (previously Capa Chef) Gabriel Massip who hails from Paris and brings more than 15 years of experience to the Four Seasons.  He spent his career cooking in award-winning restaurants across the globe from Australia and Bora Bora to New York and finally Walt Disney World.

“I’m so proud of Capa for being recognized by Michelin for its cuisine and service,” adds Massip. “This inclusion reflects our team’s dedication not only to their craft, but also to providing a high level of service to enhance the guest experience.” 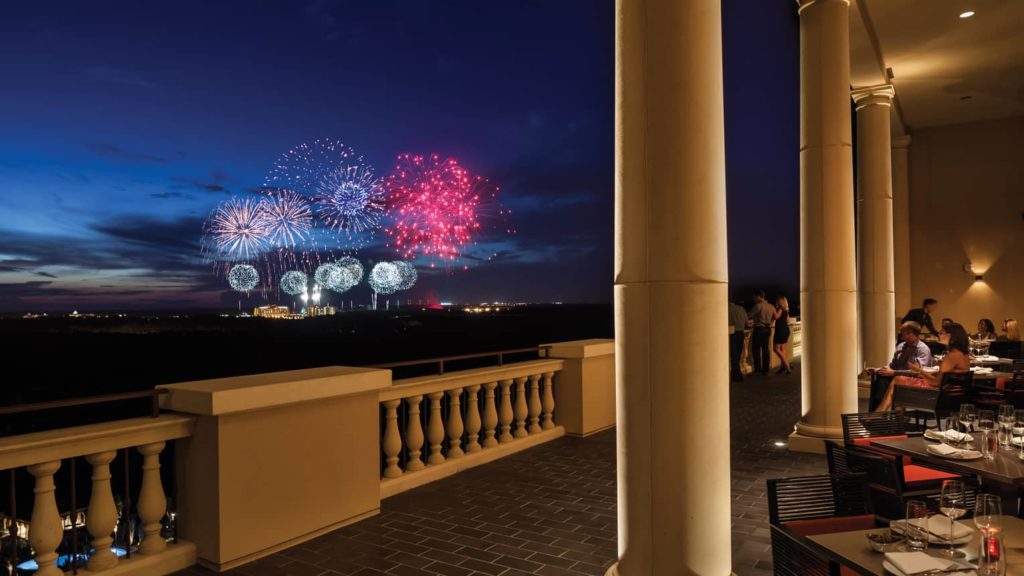 A huge congratulations to the entire team at Capa. For extraordinary cuisine and an unforgettable dining experience you can make reservations at 407 313 6161.

Readers are encouraged to keep following along with MickeyBlog for more Disney-related news and updates! We’ll be coming to you LIVE form the theme parks each and every day.