It’s hotter than Hades’ front porch all across America this week. And while we are living in these dog days of summer, let’s check out some Disney dogs to take our minds off the heat!

You won’t find Goofy on this list. This is only for barking, belly scratch loving, walking on 4 legs, doggies. 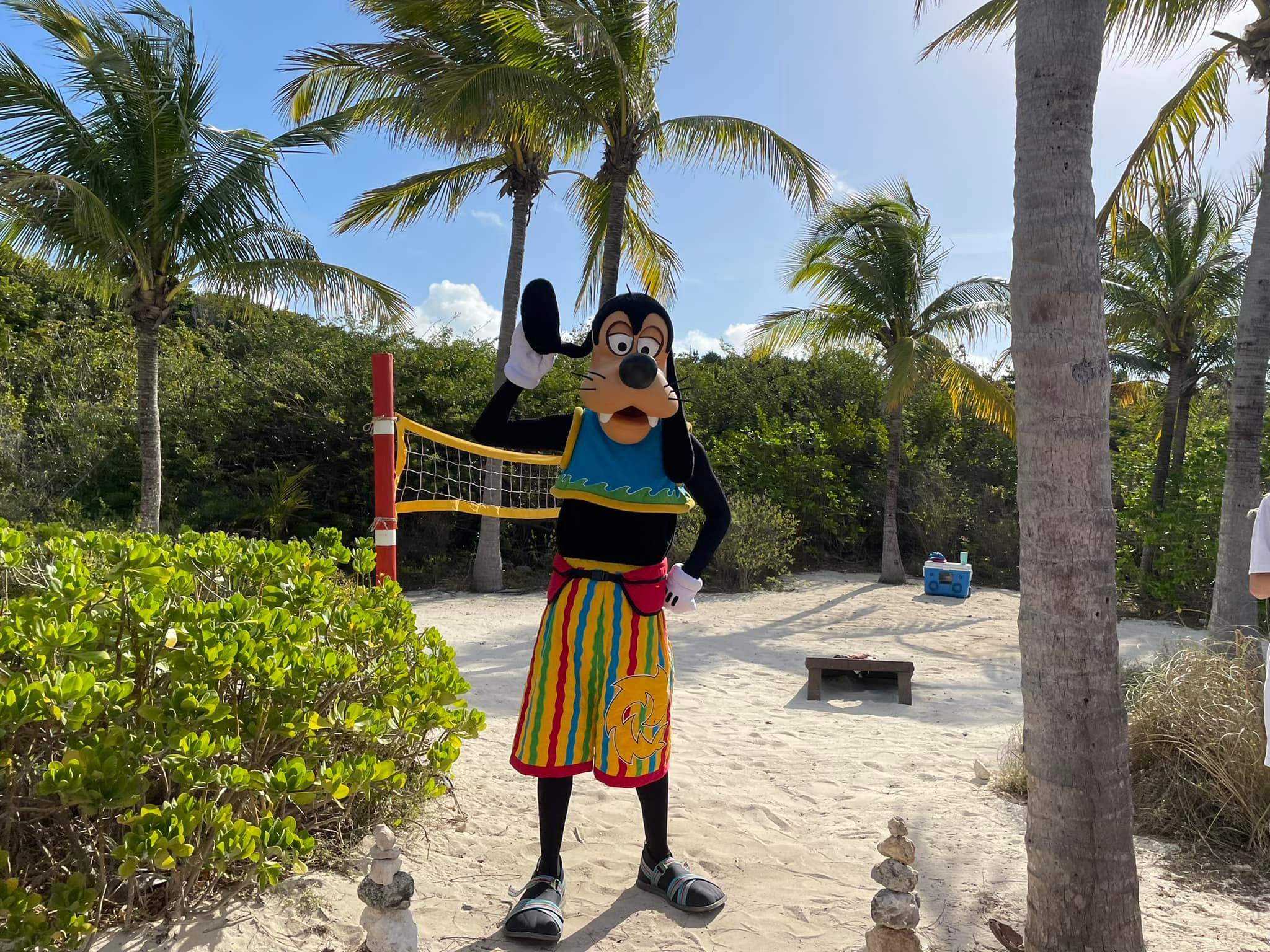 Whether you’re looking for a nice Disney name for a new dog, or just trying to distract yourself from melting, we hope you’re reading from air conditioning!

Pluto is a certified good boy and the original Disney pal! He’s appeared in many shorts, shows, and movies, but never lets it get to his head! He’s still our pal!

Question though: If he’s a dog and Goofy is a dog… Why can Goofy talk and Pluto bark? Or, why is it that Goofy has a house, life, job…clothes, and Pluto has a doghouse and a collar? 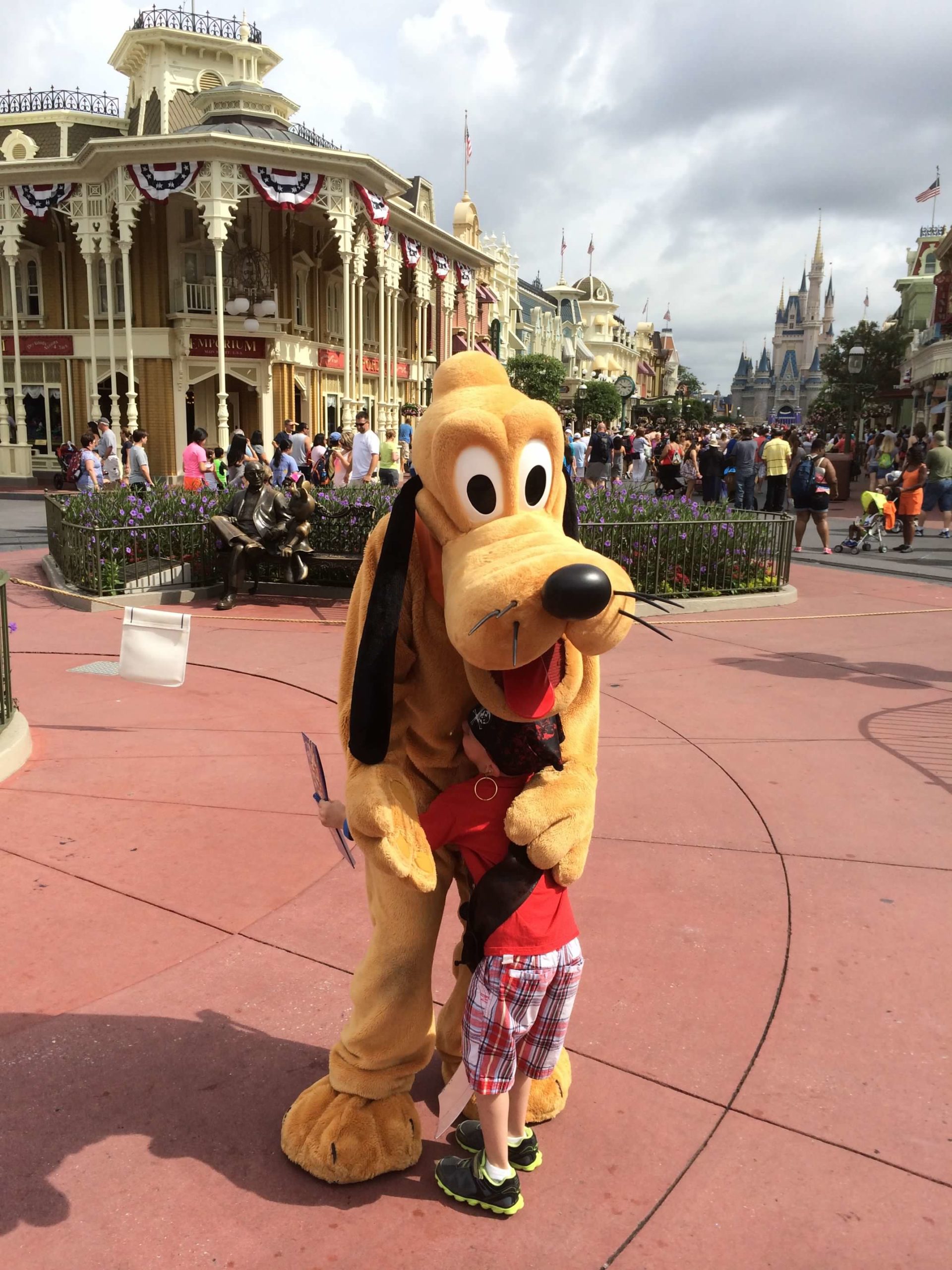 Ah,yes. The dogs that taught us all that Italian food is the most romantic food. Let’s call this what it is, Lady and the Tramp’s movie was the O.G. Secret Life of Pets.

Like Romeo & Juliet for dogs, Lady is the refined classy pedigree and Tramp is the mutt with the good heart. 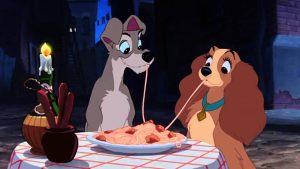 Where would anyone be without their friends? Dogs aren’t just man’s best friend, they can also be dogs’ best friend! These Disney dogs were always there for Lady or for Tramp.

Can we just say that we wish Disney would have done more shorts of Jock and Trusty?? They kind of made the story. 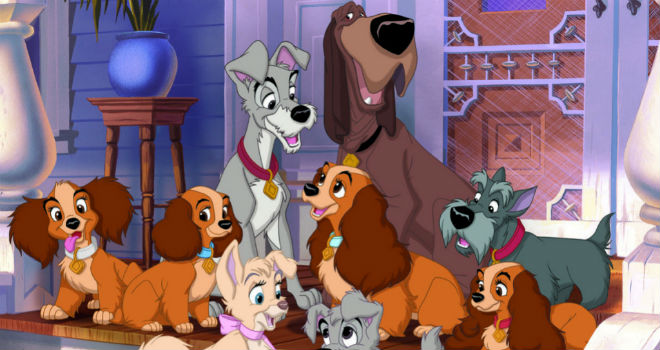 Poor Nana! Every time we watch Peter Pan we just fall in love with Nana! Such an underappreciated pup!

Now, seriously, how did they train their dog to clean up toys?? Not just their own, but also the children’s? AND wear a little hat! Sign our dogs up for that training! 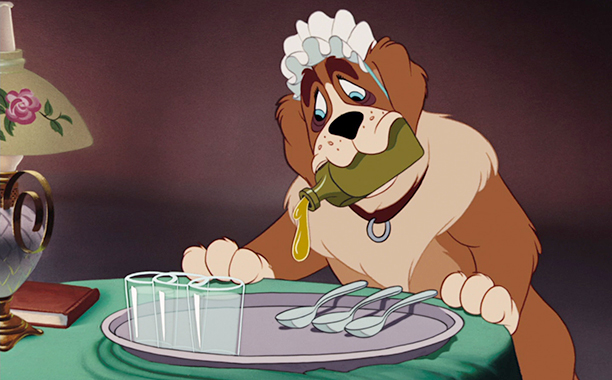 Oh, Bolt. Why do we get Buzz Lightyear vibes from your story, and yet, still don’t care for it? Buzz Lightyear doesn’t know he’s a toy so he thinks his laser is real, awesome.

Bolt who doesn’t know he’s a super dog and thinks his laser eyes are real… cringy. Did you know Bolt is voiced by John Travolta? 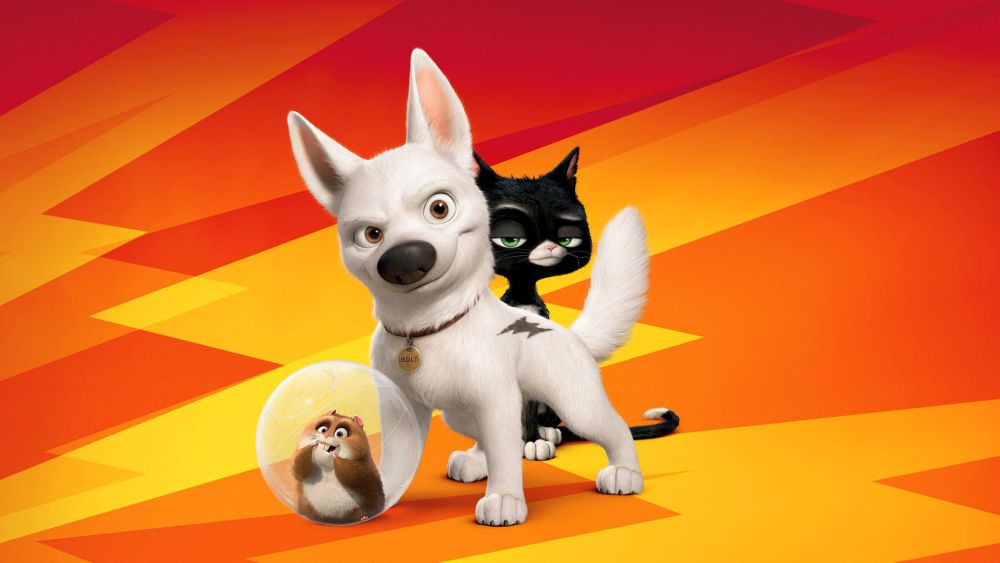 Max is the underappreciated hero of The Little Mermaid. No, really, think about it! Ariel would have never known about the fire if she didn’t hear Max barking.

Eric would not have found Ariel on the beach if it weren’t for Max barking. And let’s not forget that Eric would have married “Vanessa” if Max hadn’t bitten her on the hiney. Now when you see an obnoxious dog you may think untrained and undisciplined, but maybe he’s just trying to make his master’s love story! Ok, calling Slinky a dog is a bit of a stretch….Ha! See what we did there?

He may just be a toy dog but he’s as loyal as any real dog, and that’s what counts. 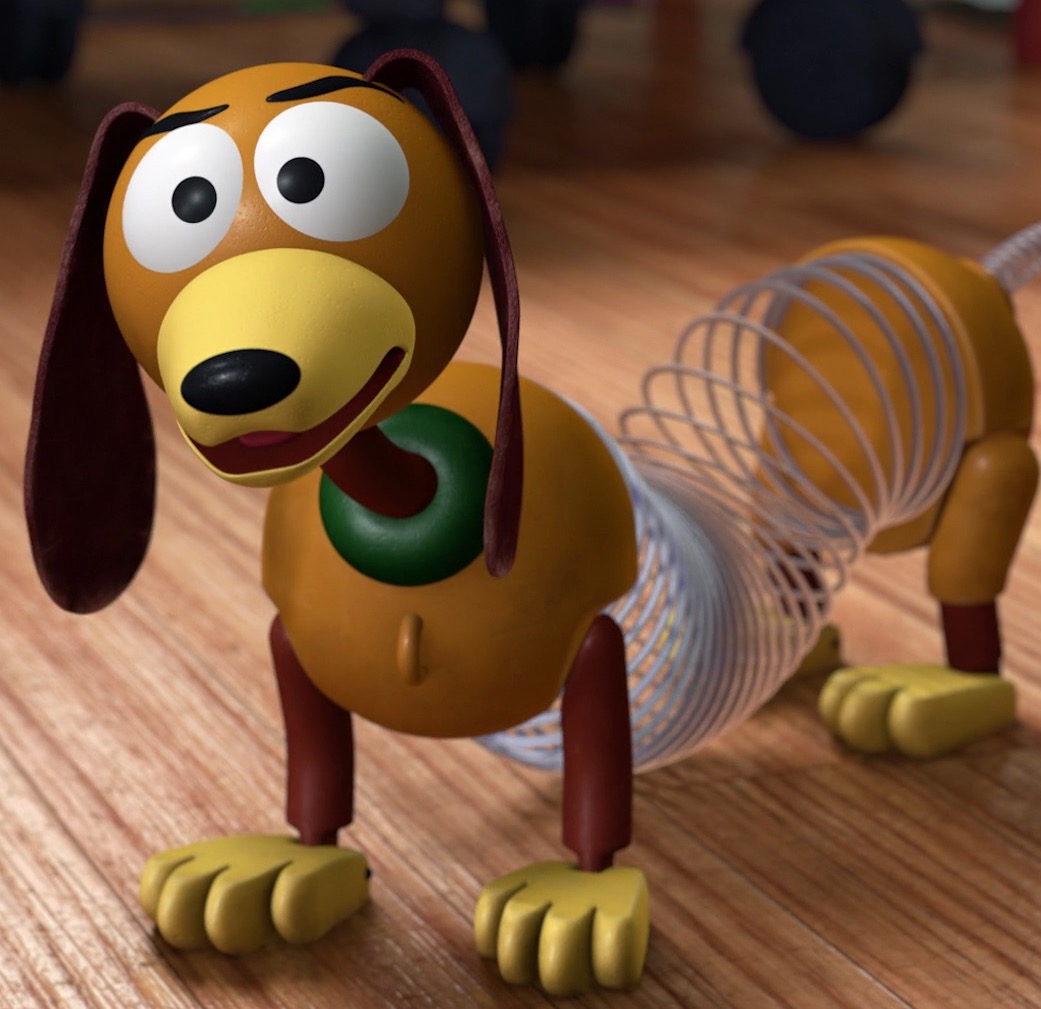 Too many names to list in this family! How do you even name 99 puppies? At a certain point it has to get old and you just grab a dictionary and rip out a whole page and slap those words on collars.

No matter how they did it, Pongo and Perdita should be given a Parents of the Year Award for quick thinking, patience, and bravery. 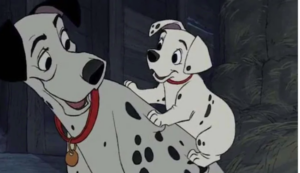 Where would Pongo and Perdita be without the help from the Colonel and Danny? Danny’s big booming bark help to extend the Midnight Bark all the way through the countryside.

The Colonel is the leader of the helm that helped get the puppies out of the manor. The real star of the show, the unknown black labrador put himself directly in the line of fire against Horace and Jasper, not to mention inspired the dogs to roll in soot to become labradors! Well done, doggos. 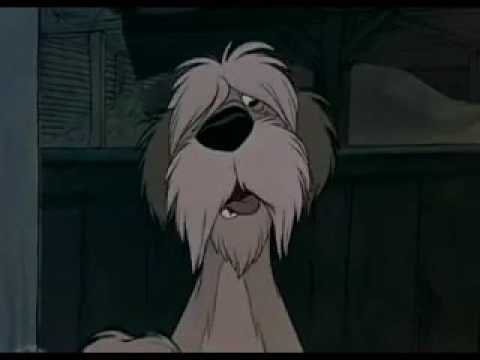 Two dogs that couldn’t be more different, Copper and Chief were a pair. Fox and the Hound was certainly no feel good Cinderella story, but it was a story of tough choices and changes.

Chief was the old hound that lived the hard knocks of a working hunting dog, and Copper was just an innocent pup trying to find a way. “I’m a hound dog, ahrooo-ooo-oooooo”. (You try spelling out a howl. But admit it, you totally howled like puppy Copper when you read it.) 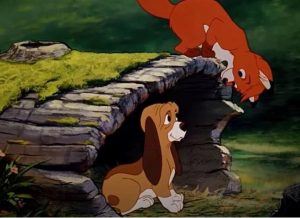 Hi, I just met you and I love you. Dug is so sweet and innocent. He is one of the best doggos of Disney. He’s loyal, sweet, and a little dumb. All the best makings of the perfect dog.

Now, when is Elon Musk going to have his company engineer some of these dog translation collars, because I’m pretty sure my dog is essentially Dug in brown fur. SQUIRREL! 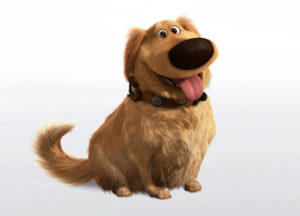 This is one Bruno we do talk about! (Bad Encanto joke.) The droopy faced hound dog from Cinderella is pretty much our spirit animal. Droopy faced, a little fluffy, and always tired? Yup. Dreams of catching the cat… Recent interactions with a cat also puts us in that category. 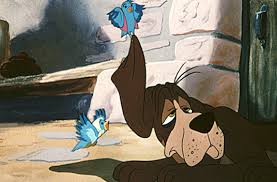 And who else was rooting for Bruno when he finally got fulfill his lifelong dream of getting Lucifer??? Forget Cinderella getting out of the tower, Bruno chased that mean old, fat cat out a window. Good boy, Bruno. 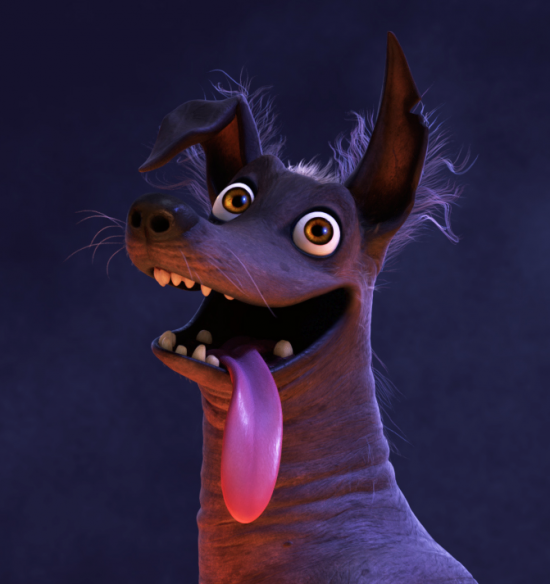 Oh Dante, bless your heart. We don’t know how we feel about poor Dante’s ending to Coco. He was a dumpster stray dog in the present world but then he goes to the underworld and becomes like a guardian.

And unlike Miguel, he stays there… up. Pixar kills Dante. So, is that better for him? Hard to say. Dante is just a good boy who is always happy with what life (or afterlife) throws at him. We don’t deserve dogs.