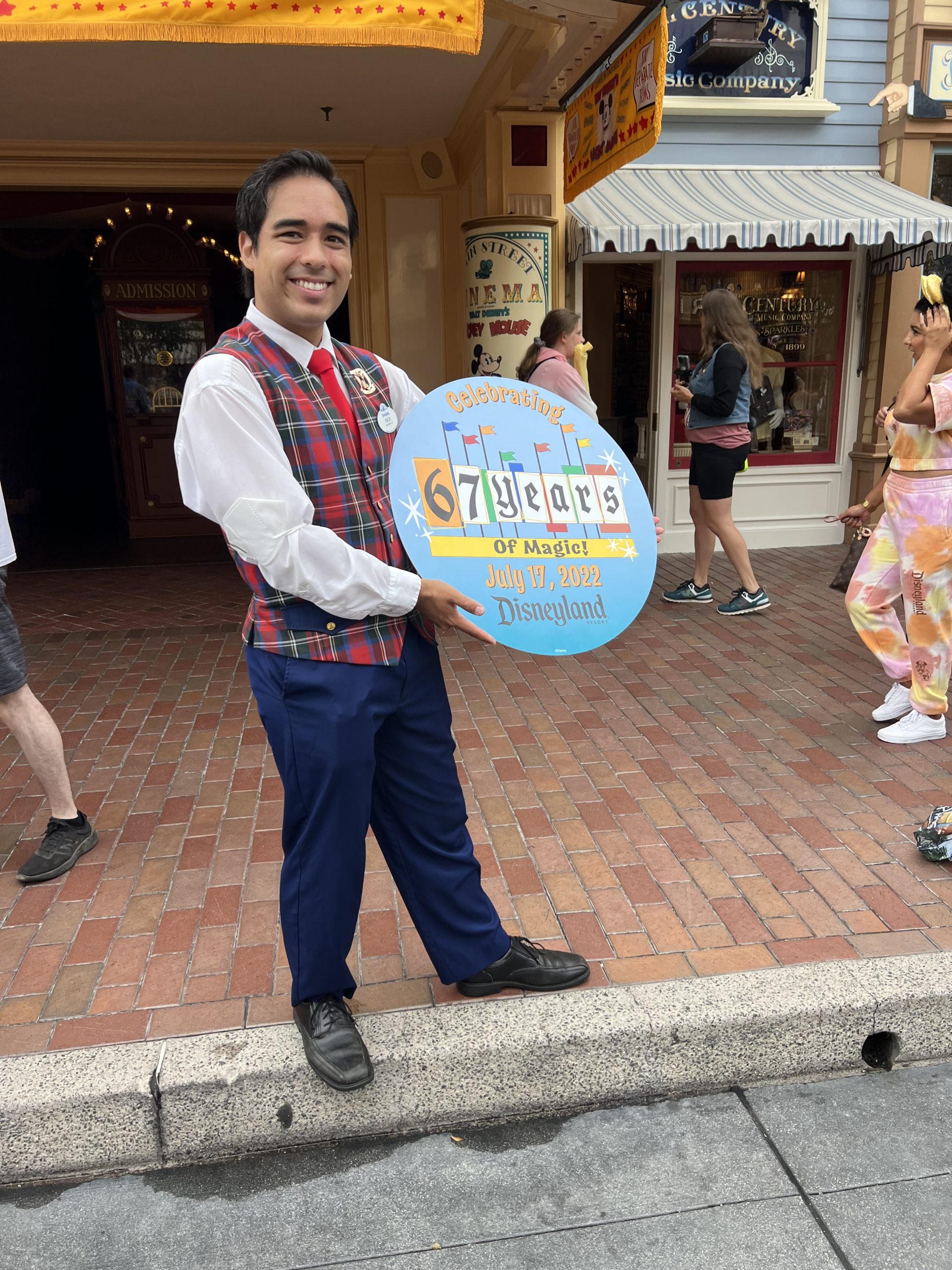 Construction began on July 16, 1954 – so only one year and a day before park opening. 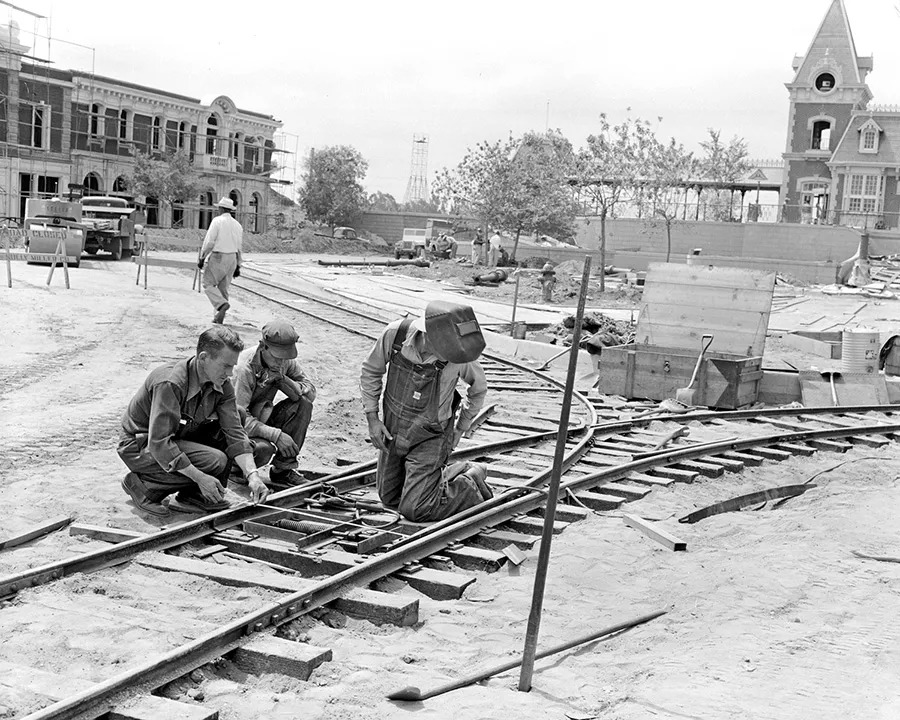 On opening day, the finishing touches were still being put onto the park. 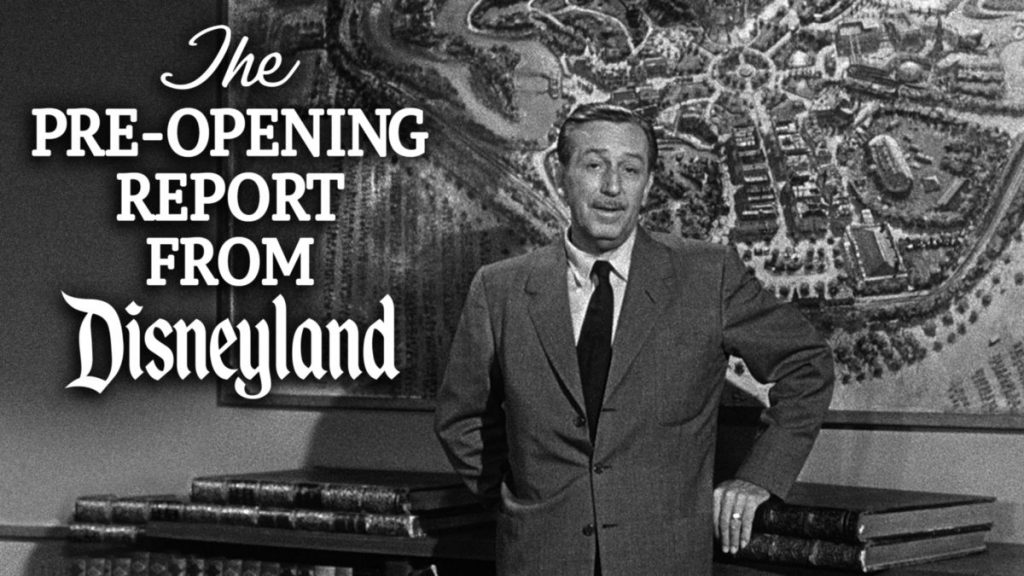 It was a sweltering, 100-degree day, and the asphalt on some of the walkways grew soft. Ladies found they were sinking as they walked in their high heels.

The local plumbers went on strike just before park opening, so Walt had to choose between bathrooms and drinking fountains in the park. He opted for toilets. 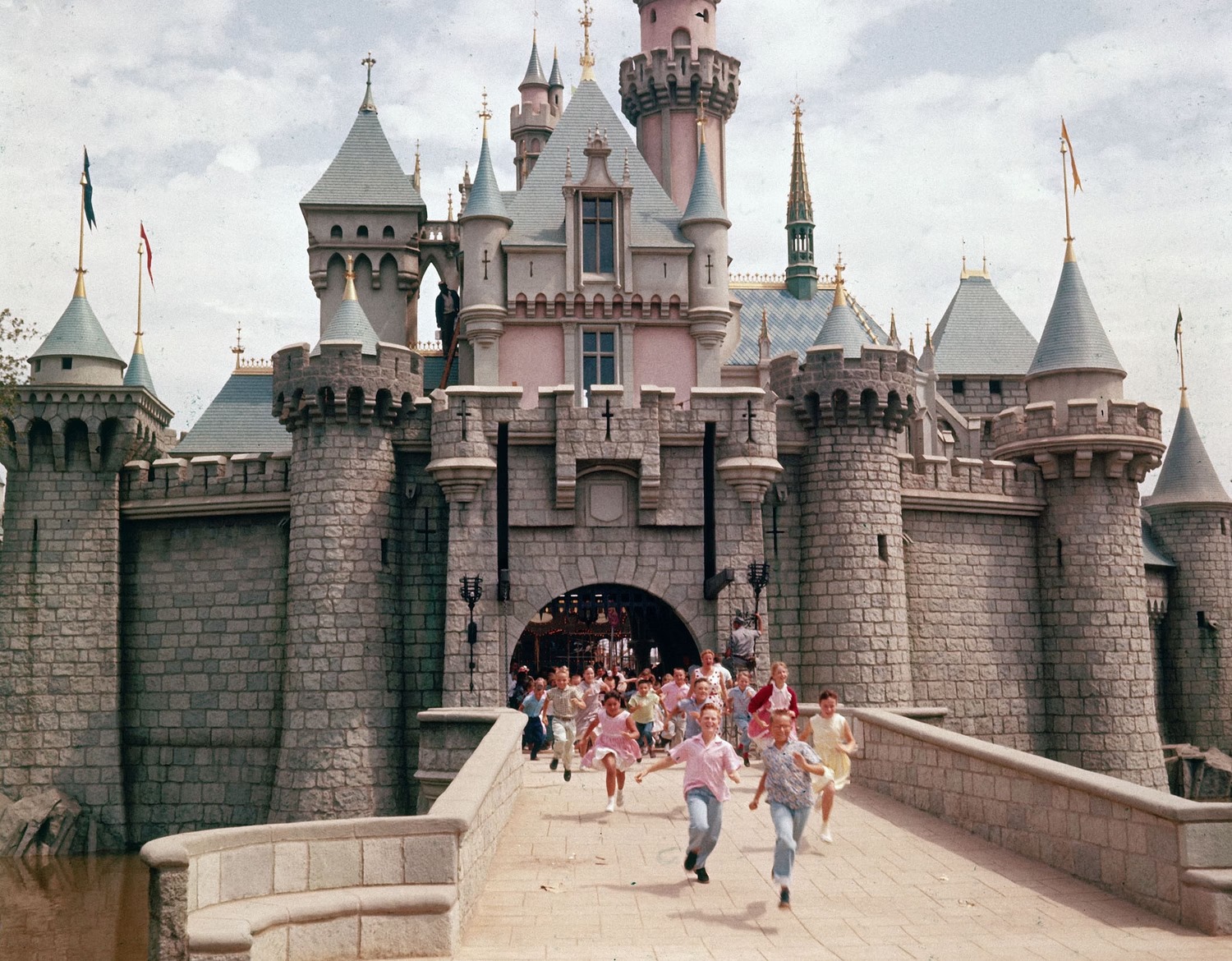 Around 11,000 people were invited to take in the festivities on opening day.

Over 30,000 showed up! Many people came with counterfeit tickets. 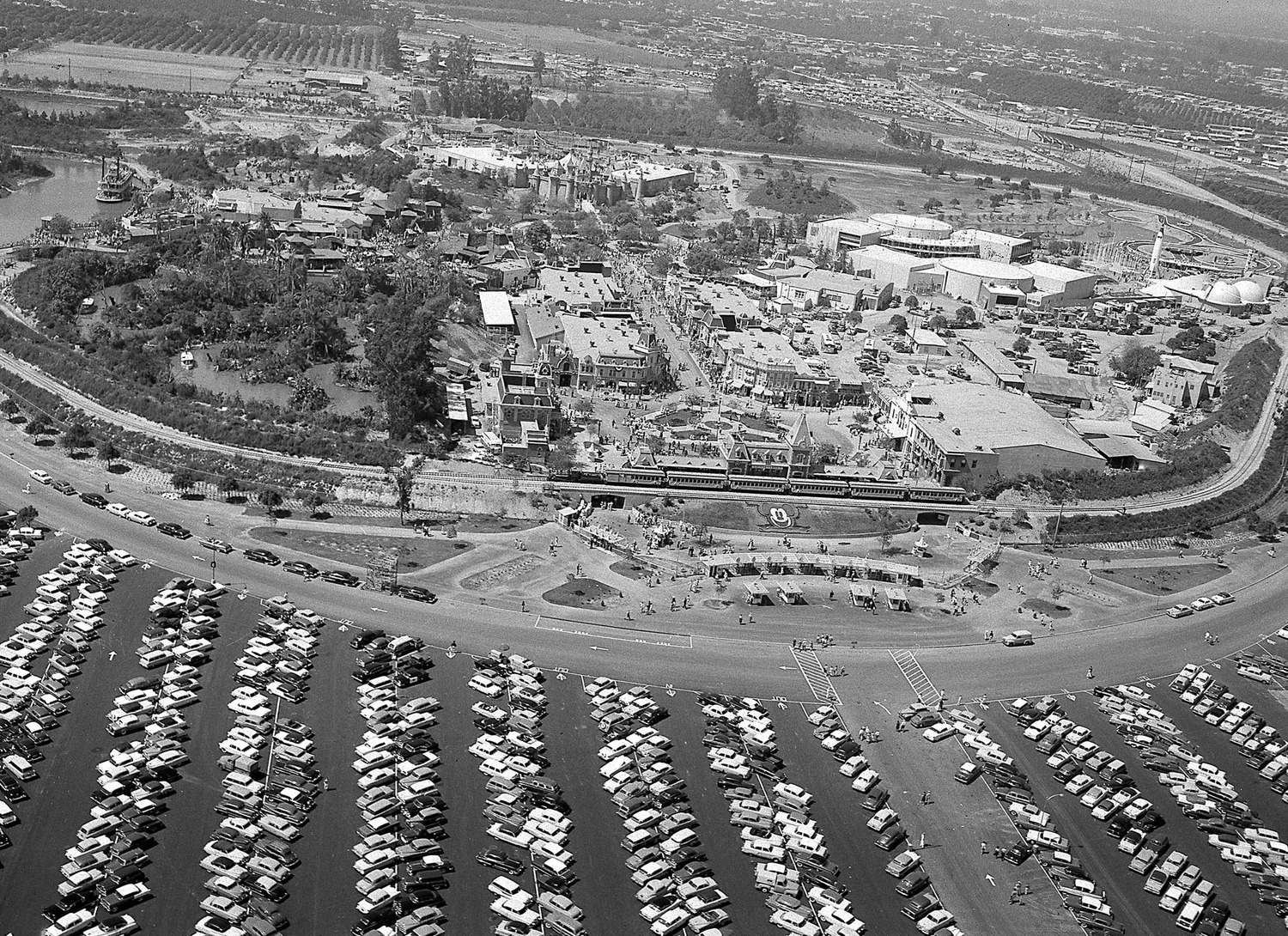 Other people climbed over barriers to enter the park.

Cast members who were present on opening day called it “wild” and “Black Sunday.” 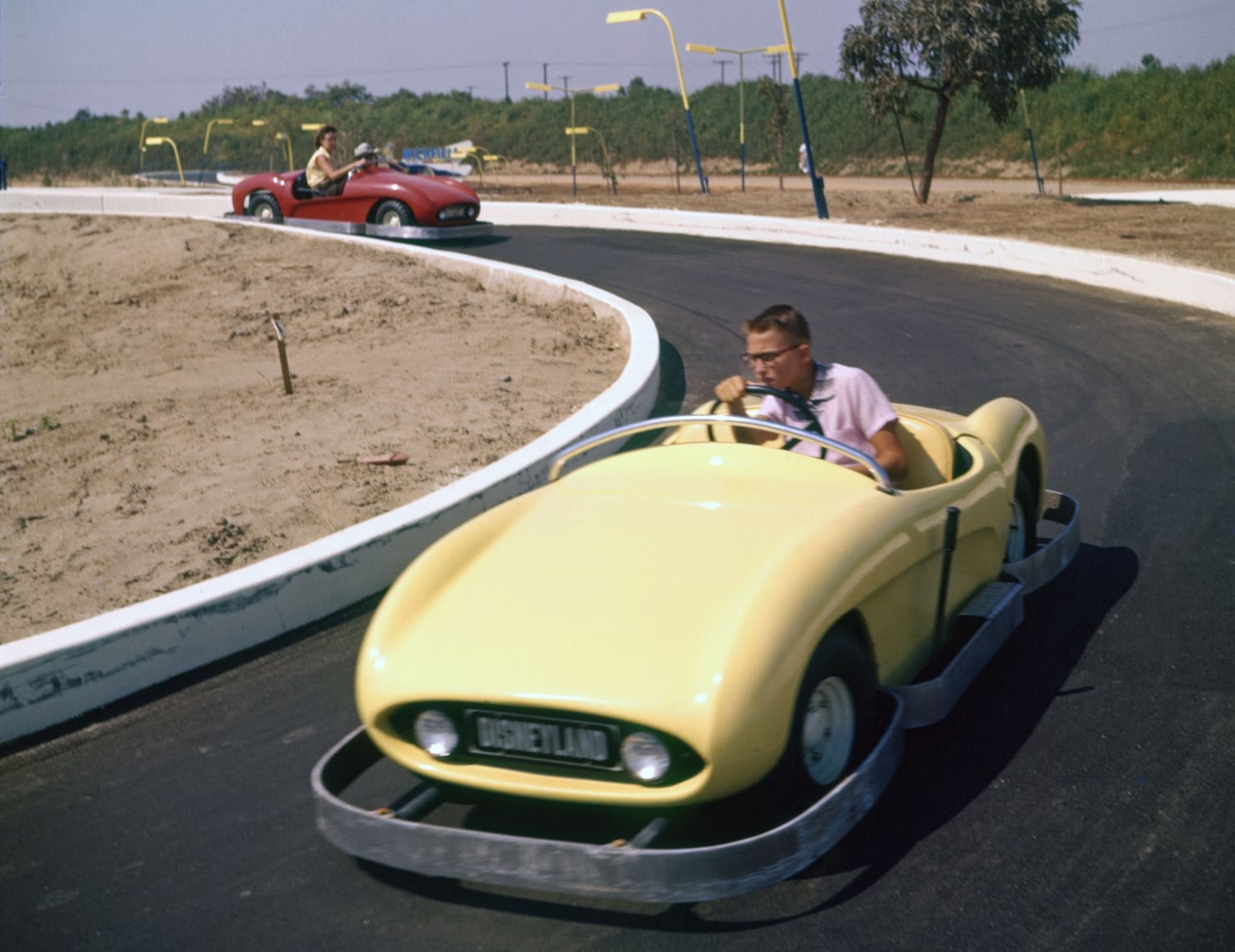 Disneyland Park had five lands and 18 attractions on opening day. 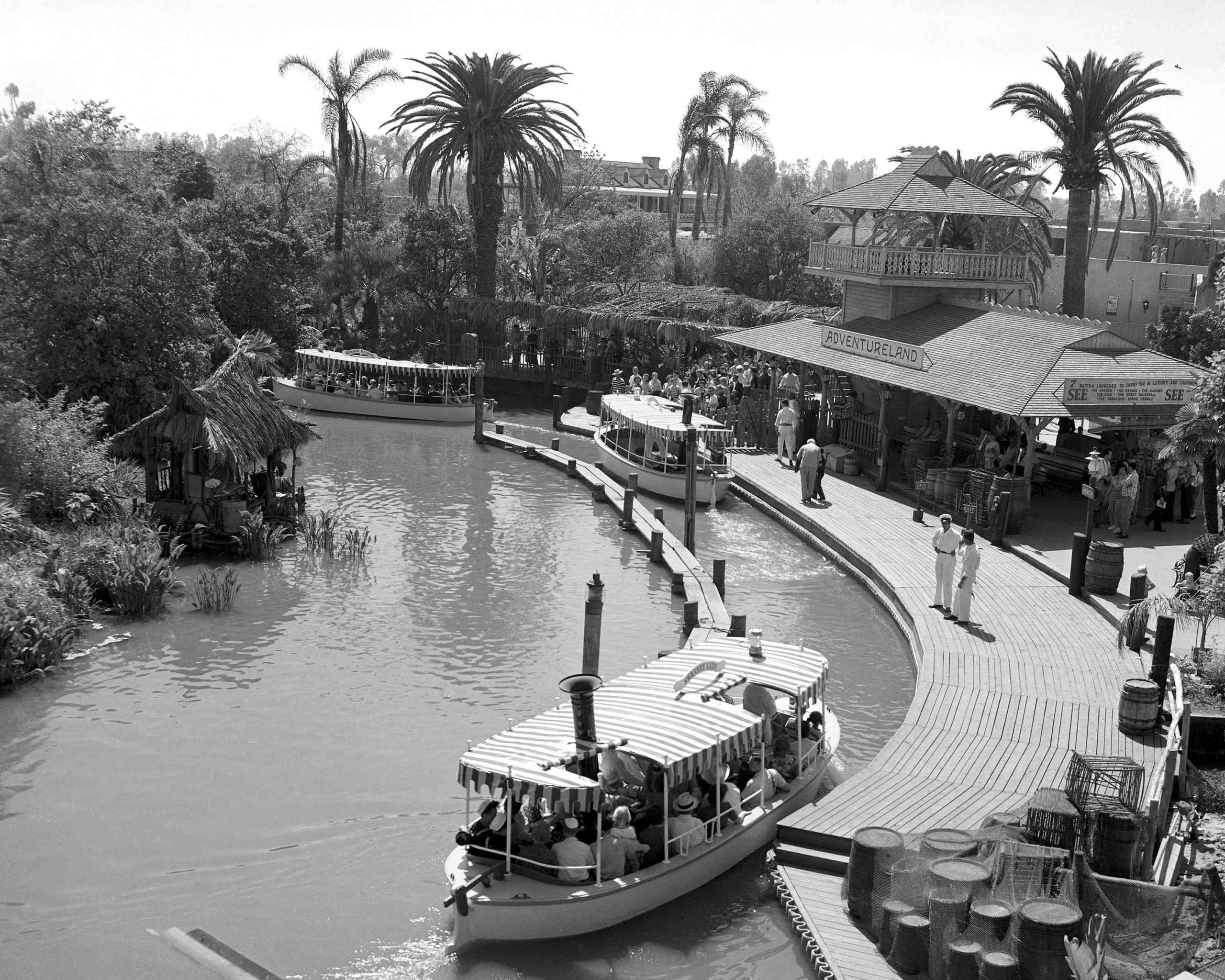 Did you know that his speech is what you can hear being typed on a telegraph in Morse code by the train stations at Disneyland. 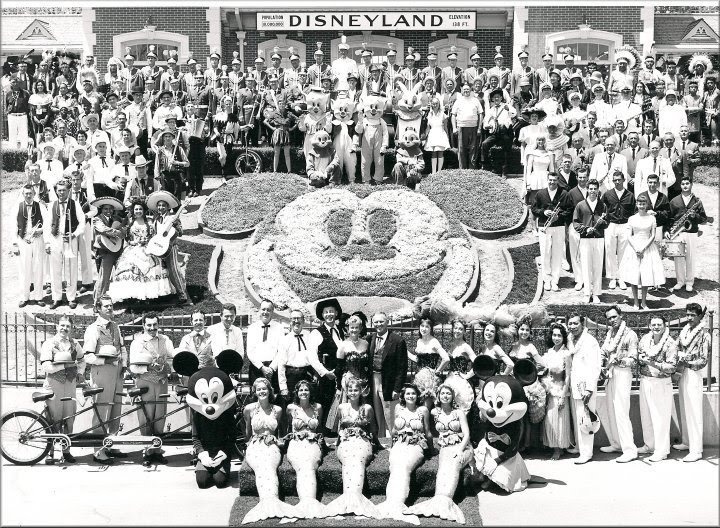 To all who come to this happy place, welcome.

Disneyland is your land.

Here, age relieves fond memories of the past. 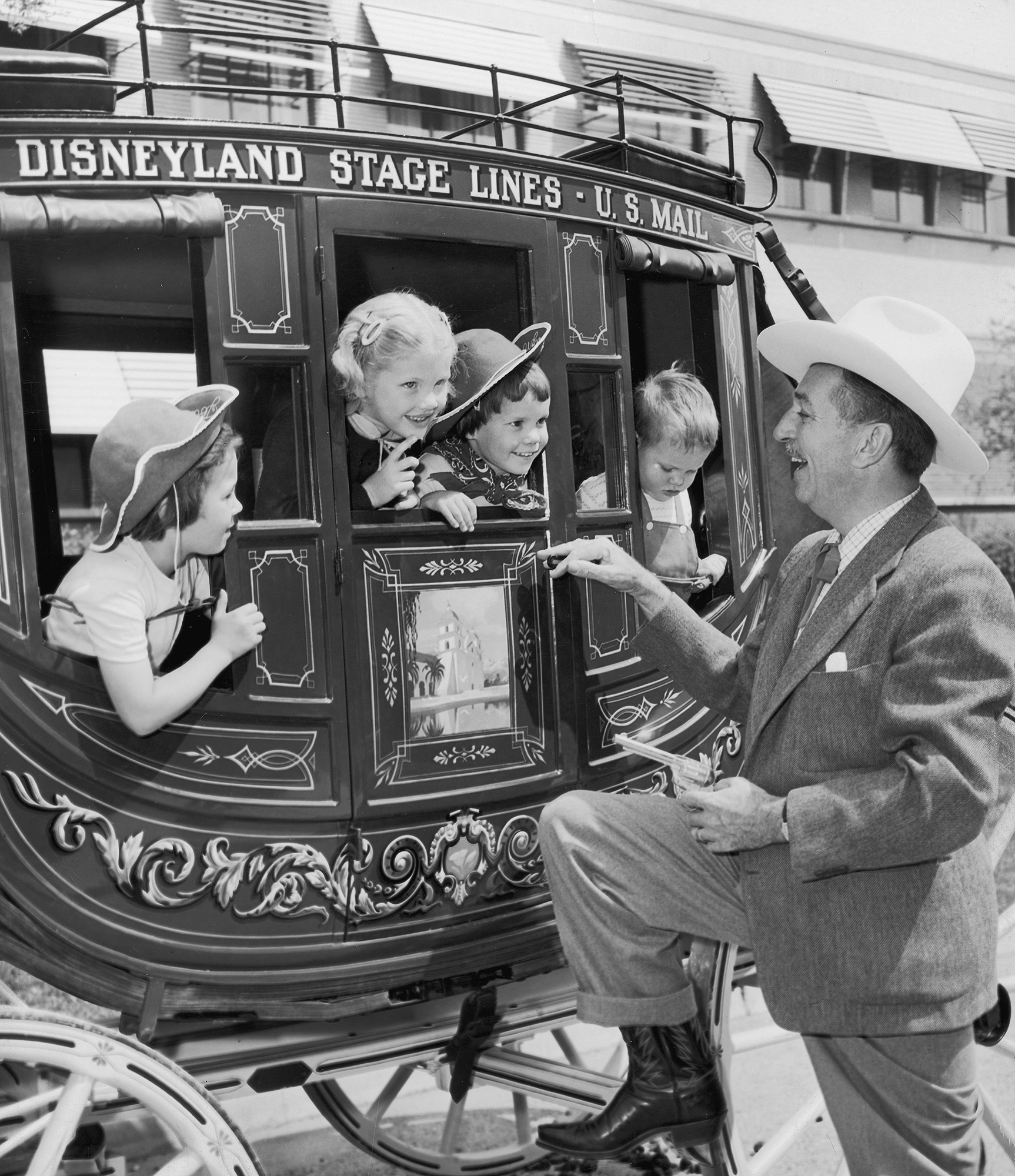 1955: American cartoonist and producer Walt Disney (1901 – 1966), using a toy revolver, smiles while pretending to hold up children in a stagecoach at his Disneyland theme park in Anaheim, California. Disney wears a cowboy hat and boots. (Photo by Hulton Archive/Getty Images)

And here youth may savor the challenge and promise of the future.

Disneyland is dedicated to the ideals, the dreams, and the hard facts that have created America. 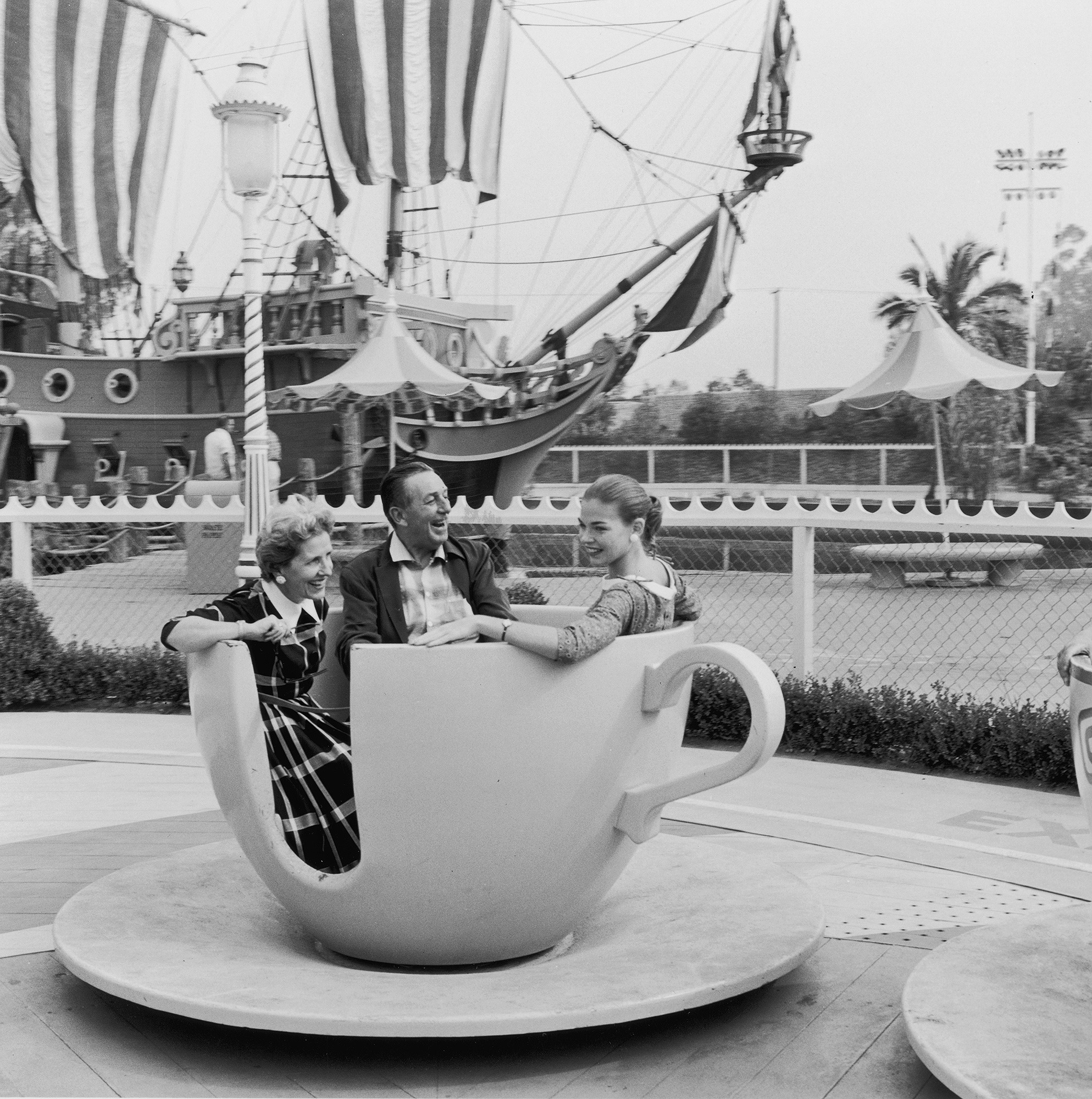 With the hope that it will be a source of joy and inspiration to all the world.

Today, the Disneyland Resort is a must-visit destination for children (and adults!) around the world.

On this 67th birthday of Disneyland, cast members welcomed guest into the park by lining Main Street, U.S.A.

The scene as we walked into #Disneyland on the park’s 67th anniversary. The cheers are still happening! What a wonderfully happy atmosphere. #Disneyland67 pic.twitter.com/ZPcwdJJxKV

Lots of folks are celebrating Disneyland’s 67th birthday with tributes on Twitter.

Here's to celebrating 67 years of magic at @Disneyland! Celebrate with Walt Disney Records: The Legacy Collection – #Disneyland, featuring more than 50 songs from the park! ✨🎢 🎶 https://t.co/PyO9VNgZta pic.twitter.com/ls6KuiB15P

#Disneyland opened on this day in 1955! We've enjoyed 67 years of yesterday, tomorrow, and fantasy. What do you love most about the original Disney Park?

Get this exclusive pin and more in our 2022 D23 Gold Member Collector set: https://t.co/UagKQclEjv pic.twitter.com/vvG7zIV5ha

Are you ready for a Disneyland vacation? Then work with me – a travel agent specializing in Disney destinations! There’s no need to do all the planning yourself! Work with a trained Disney specialist to plan your magical vacation – and you don’t pay a penny! Fill out the form below or send an email to jbannon@mickeytravels.com to get started. Follow me on Facebook, Instagram or HappyDisneyPlanner.com