Top 3 Ways to Celebrate the 50th Anniversary at Animal Kingdom!

Disney’s Animal Kingdom might be the newest Park at Walt Disney World, but that doesn’t exclude it from participating in the Resort’s 50th Anniversary celebration! 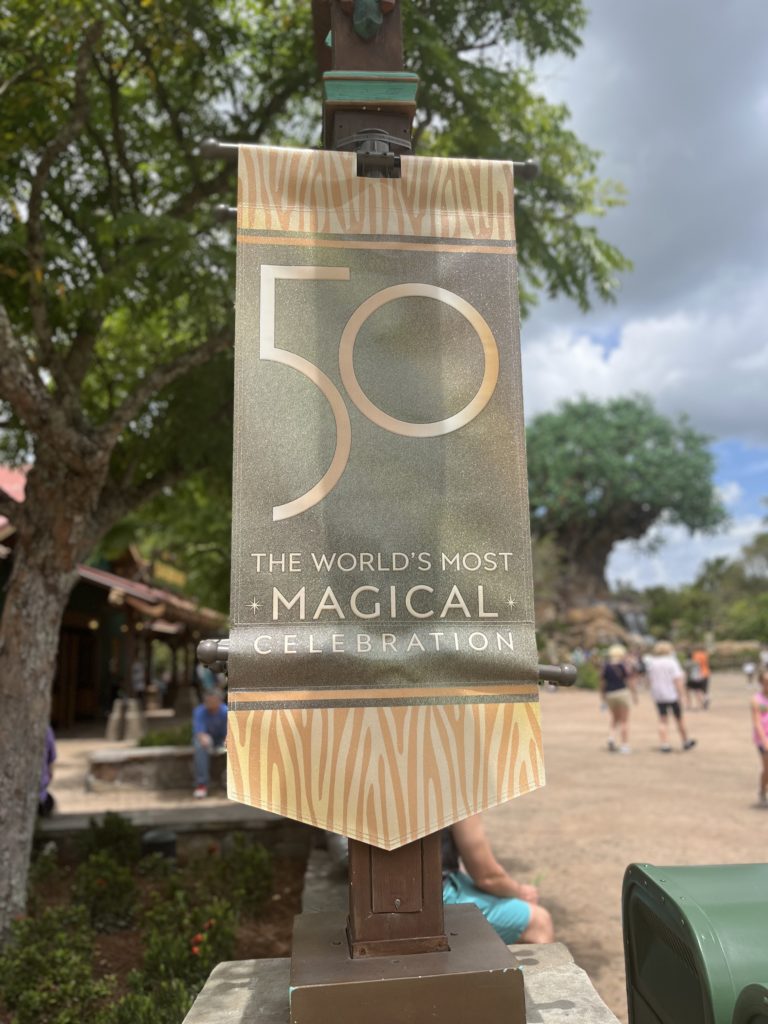 Animal Kingdom has been boasting a slew of 50th Anniversary-related activities and experiences since the celebration began, and they are showing no signs of stopping! We’ve compiled the top 3 ways to celebrate Walt Disney World’s 50th Anniversary while you’re visiting Animal Kingdom…so let’s get into it!

Each Park features special food and drink offerings that have been created with the 50th Anniversary in mind. We have two favorite 50th Anniversary items from Animal Kingdom! The first is the extremely decadent 50th Celebration Ice Cream Sandwich. 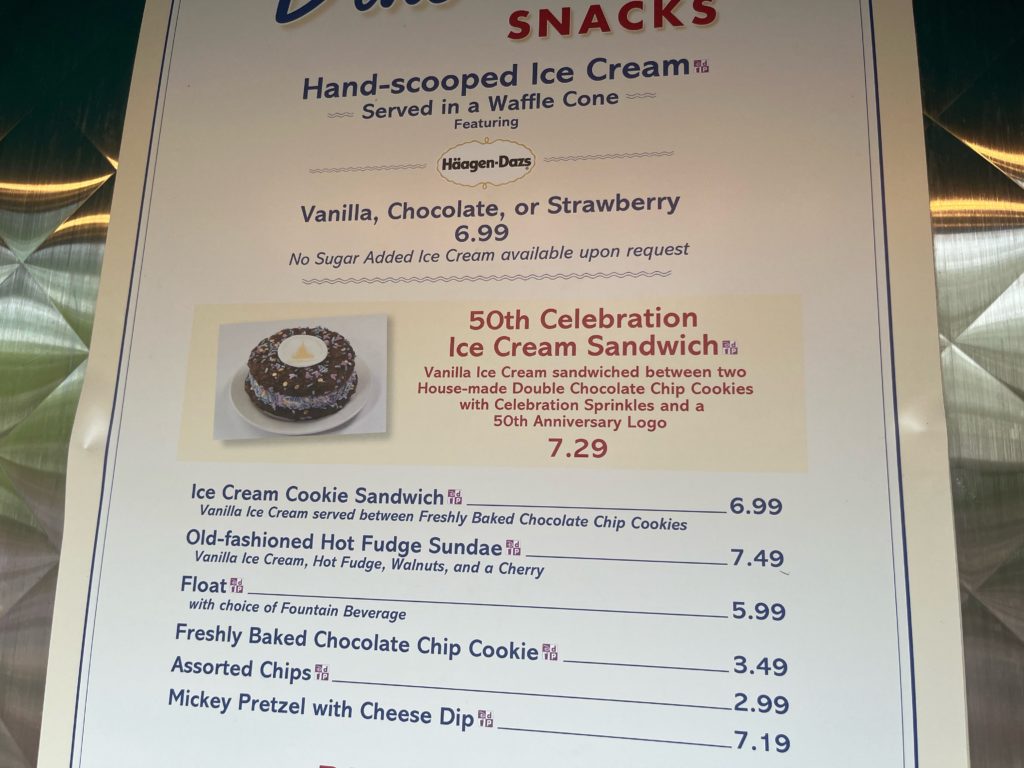 I’ve personally had this baby on two occasions, and both times the cookies have been extremely fresh and very soft. Think chocolate crinkle cookie flavor and texture, minus the powdered sugar!

Available at Trilo-Bites outside of Dinoland USA

The second is the Park’s 50th Anniversary Golden Margarita. Not only is it bright and festive in its presentation, but they certainly don’t shy away from the tequila when making this celebratory concoction! 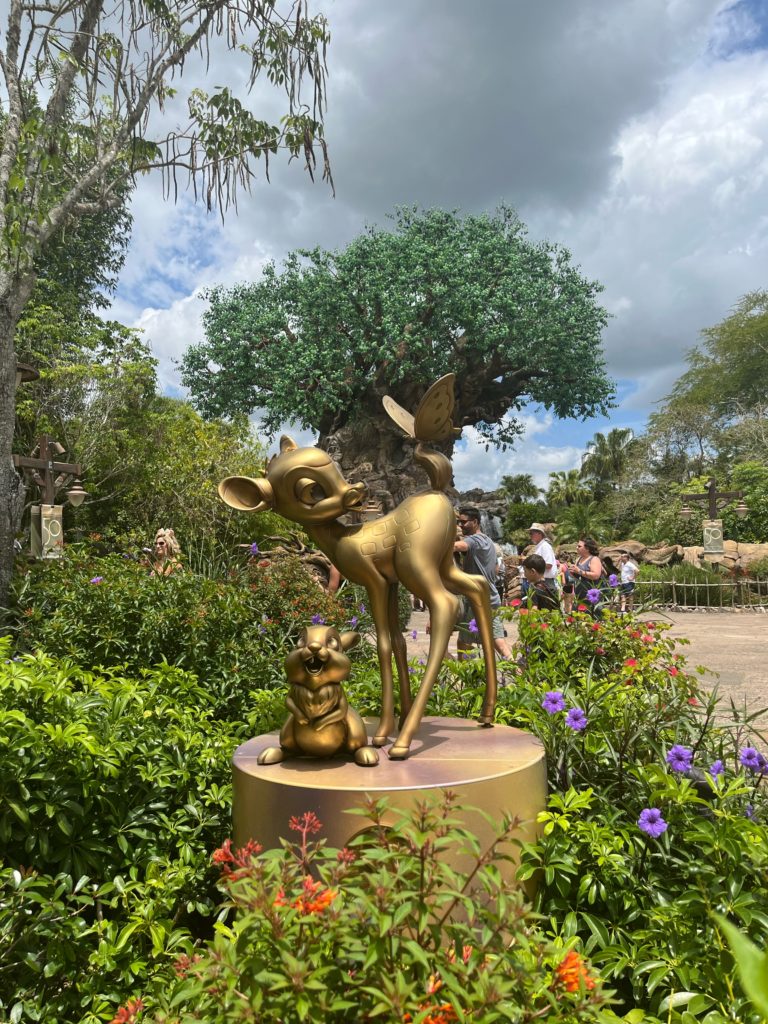 50 golden statues have been installed across Walt Disney World Resort in honor of the celebration. Each statue features a character that has had a lasting impact on Disney over the last 50 years, and some of our favorites reside in Animal Kingdom! 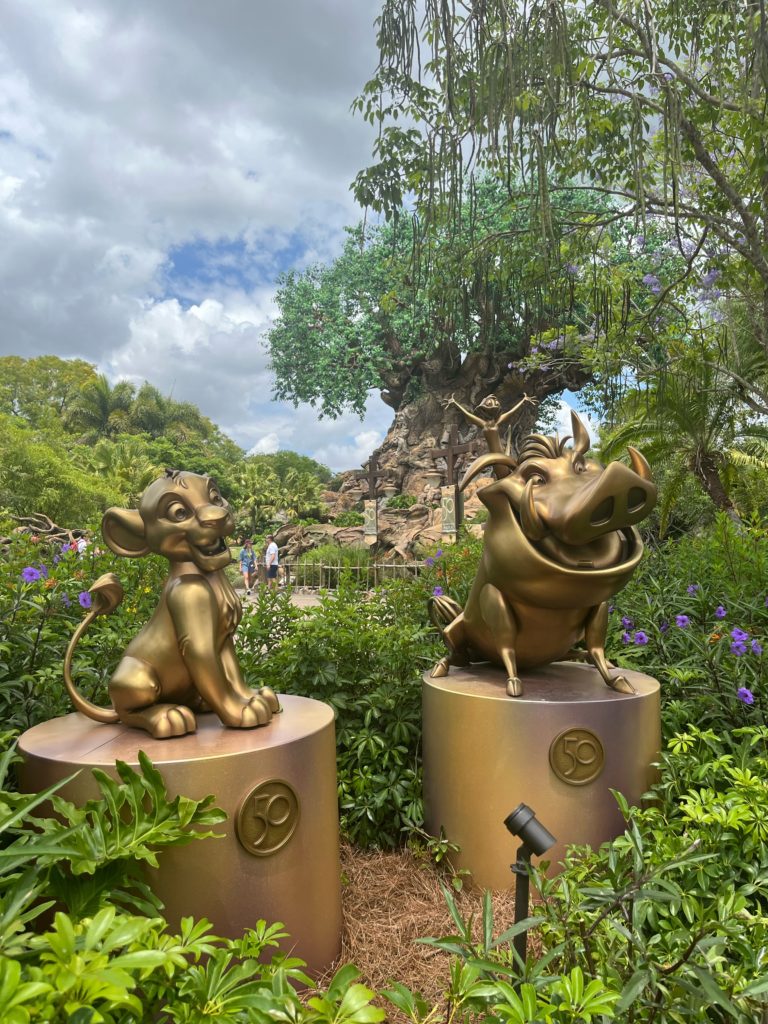 Tasking kiddos with finding them all is a great way to keep them engaged as you traverse the Park. Plus, they make awesome backdrops for photos! 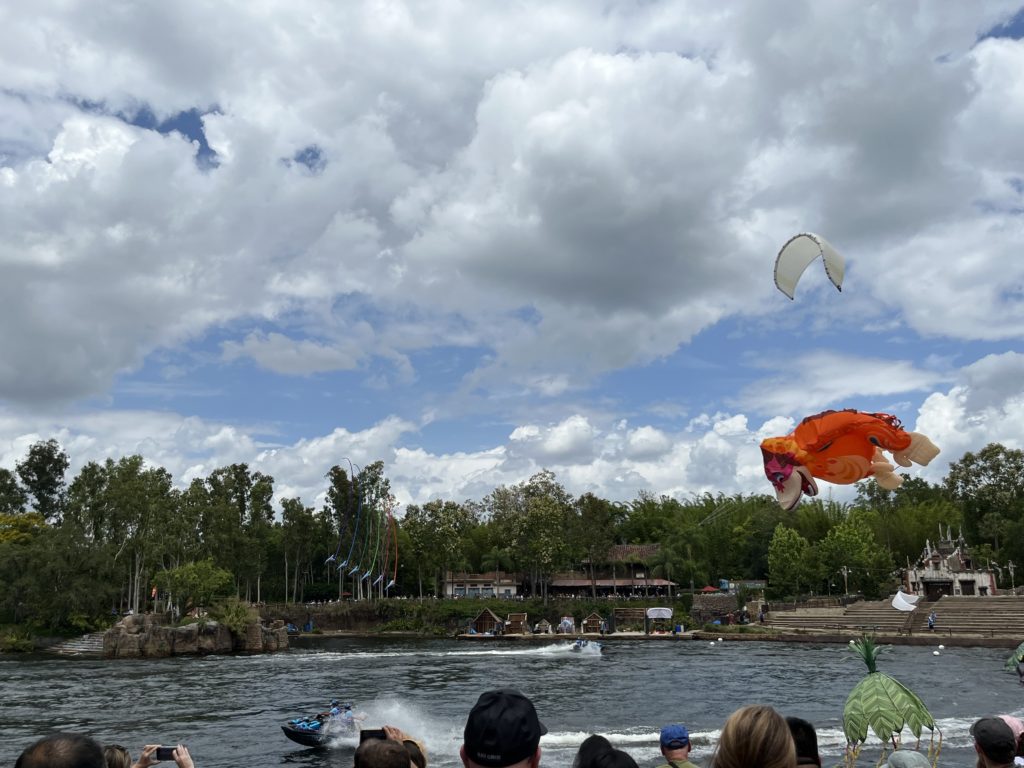 It is rare to find a Disney production that doesn’t take itself too seriously. Kite Tails is a very fun, very energetic, and all around hilarious way to break up the day at Animal Kingdom! The show was created for Walt Disney World’s 50th Anniversary, and it never fails at putting a smile on my face. 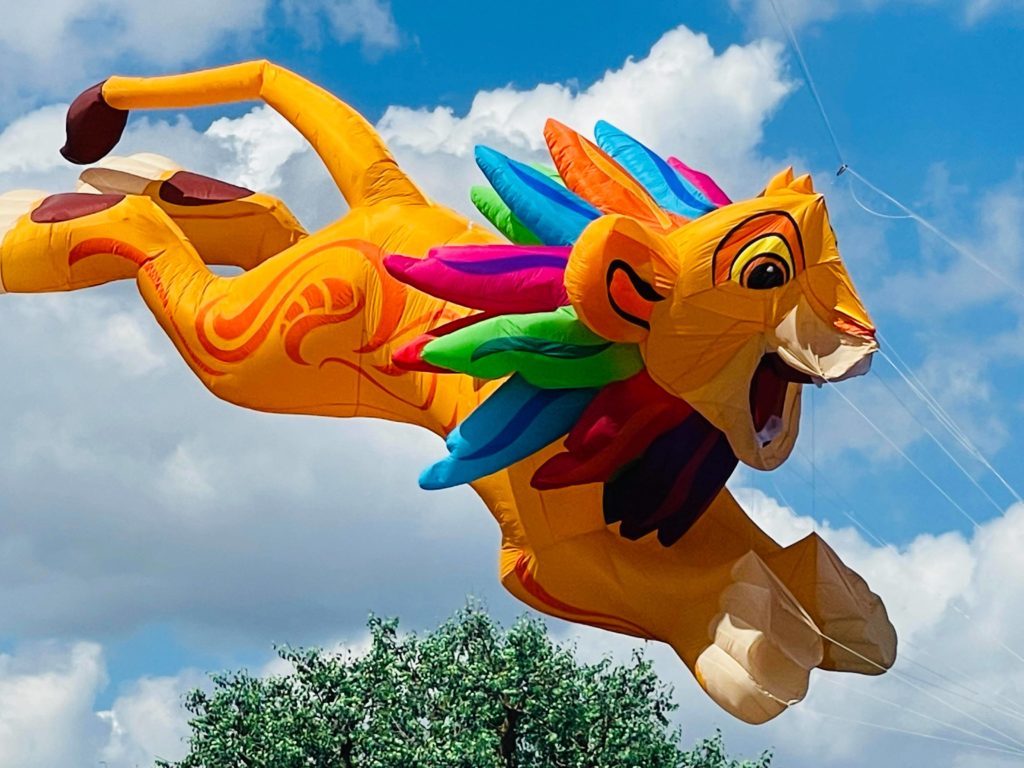 TIP: My favorite place to catch the high-flying show is from a waterside table at Flame Tree Barbecue!

While the performers involved in Kite Tails boast some pretty impressive kite flying skills, the show is pure fun for everyone. Pair these giant kites with some of Disney’s most iconic movie music, and you’ve got yourself a can’t miss show that’s perfect for guests of all ages! 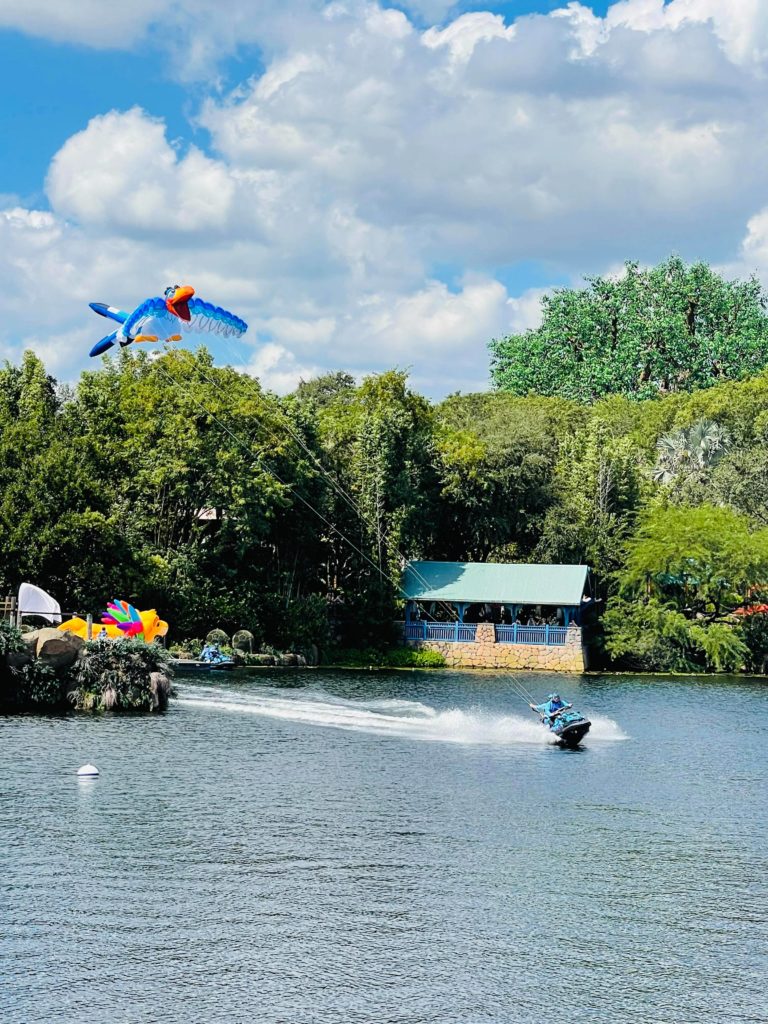