Marking its 45th anniversary on May 25th, Star Wars continues to release some incredible memorabilia celebrating the milestone. Today among the nostalgic choices, one of the largest collectible pins ever debuted at a highly unlikely locale: Frontier Trading Post at Magic Kingdom. 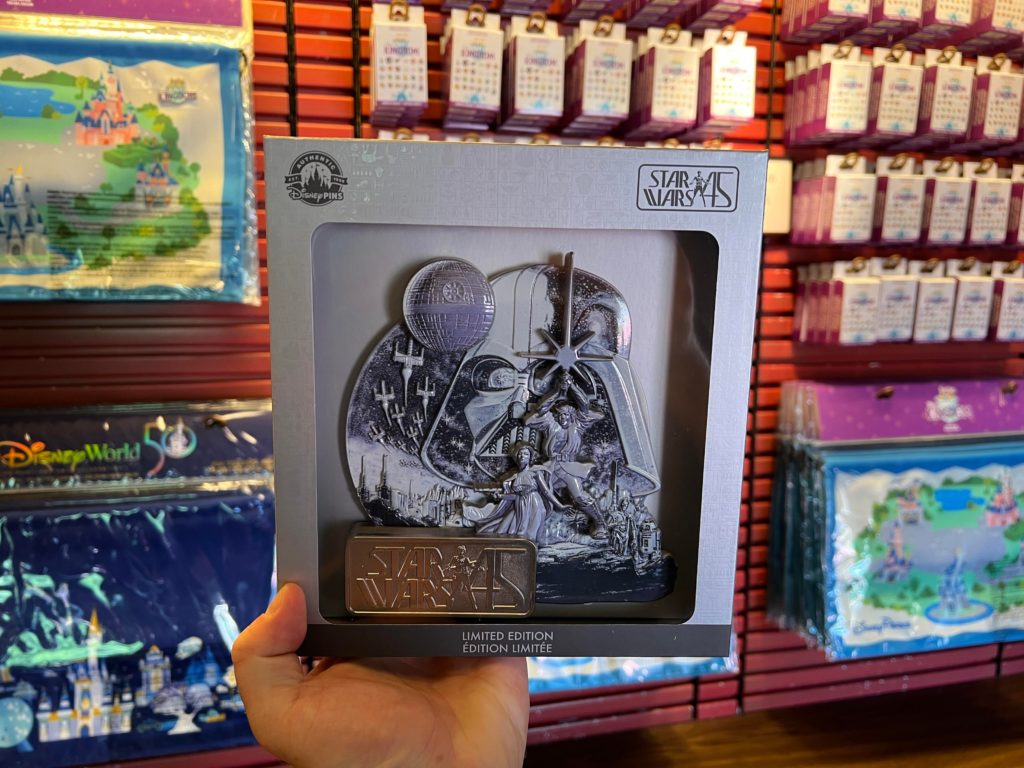 The Limited Edition pin captures the stirring imagery of the original Star Wars film poster (aka “Star Wars: Episode 4 – A New Hope”). The design features the powerful lightsaber work of Luke Skywalker, the heroic Leia, droid sidekicks R2-D2 and C3PO, and of course, the menacing face of Darth Vader. 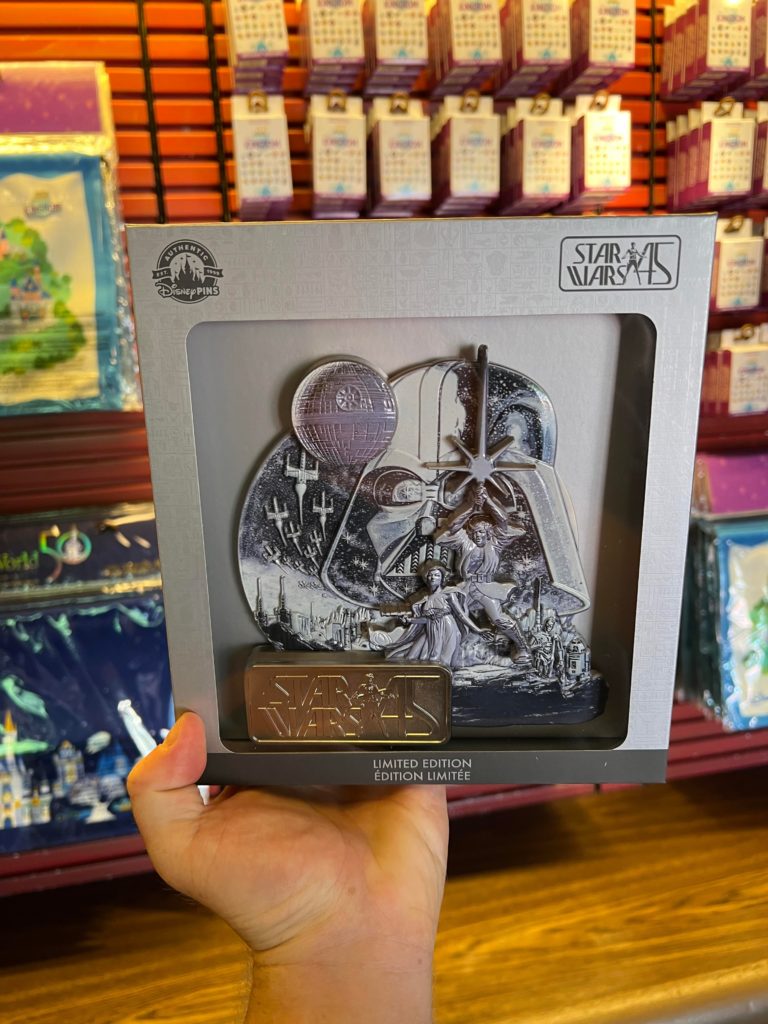 X-wing Starfighters appear to soar by at hyperspeed with the Death Star looming at the pin’s top. The $99.99 Limited Edition jumbo pin includes the gold-colored logo used across the entire merchandise line released recently for “Star Wars 45.” 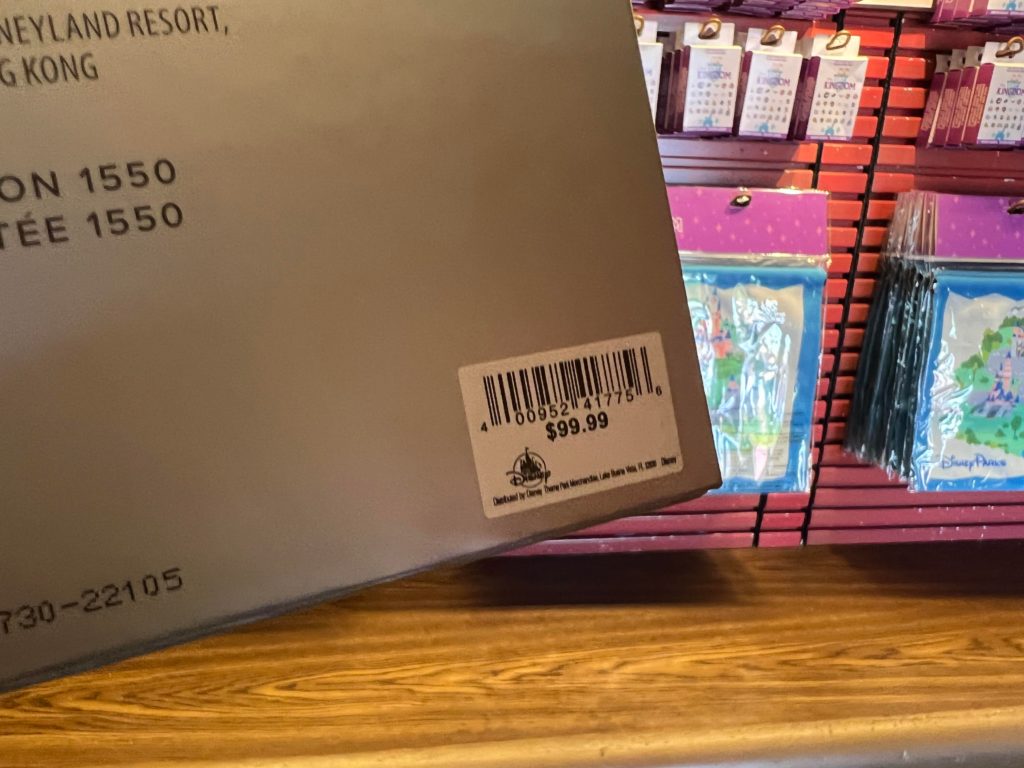 Disney Parks only produced 1,500 of the specialty pins that feature alongside another collection of smaller pins marking the anniversary. 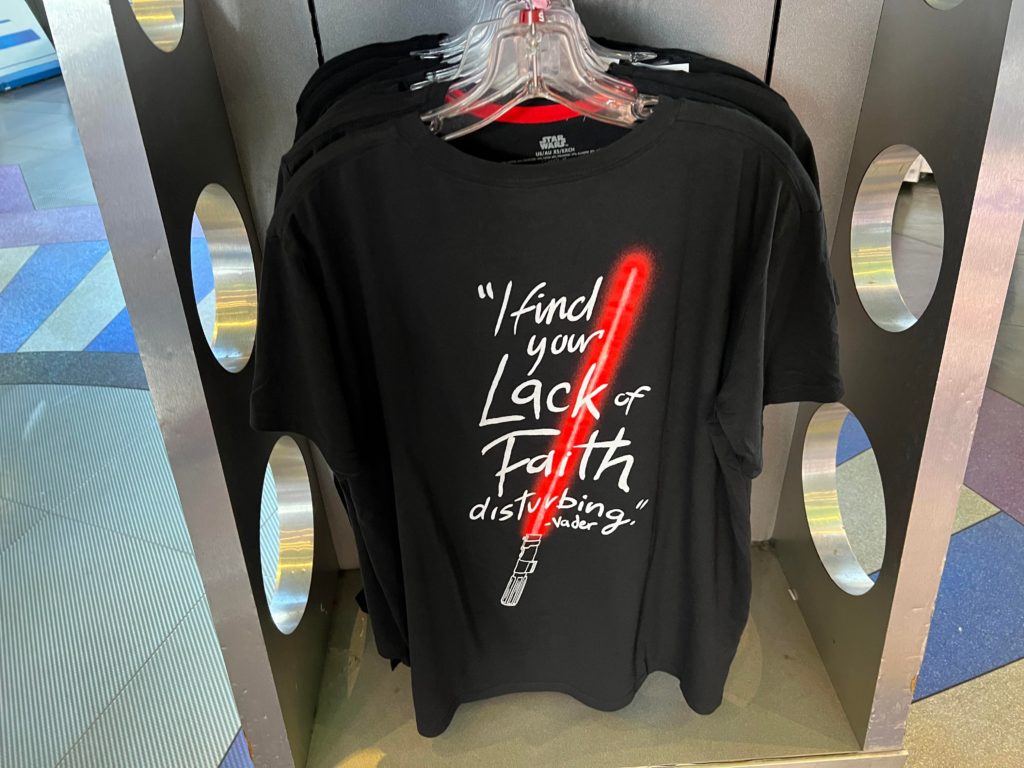 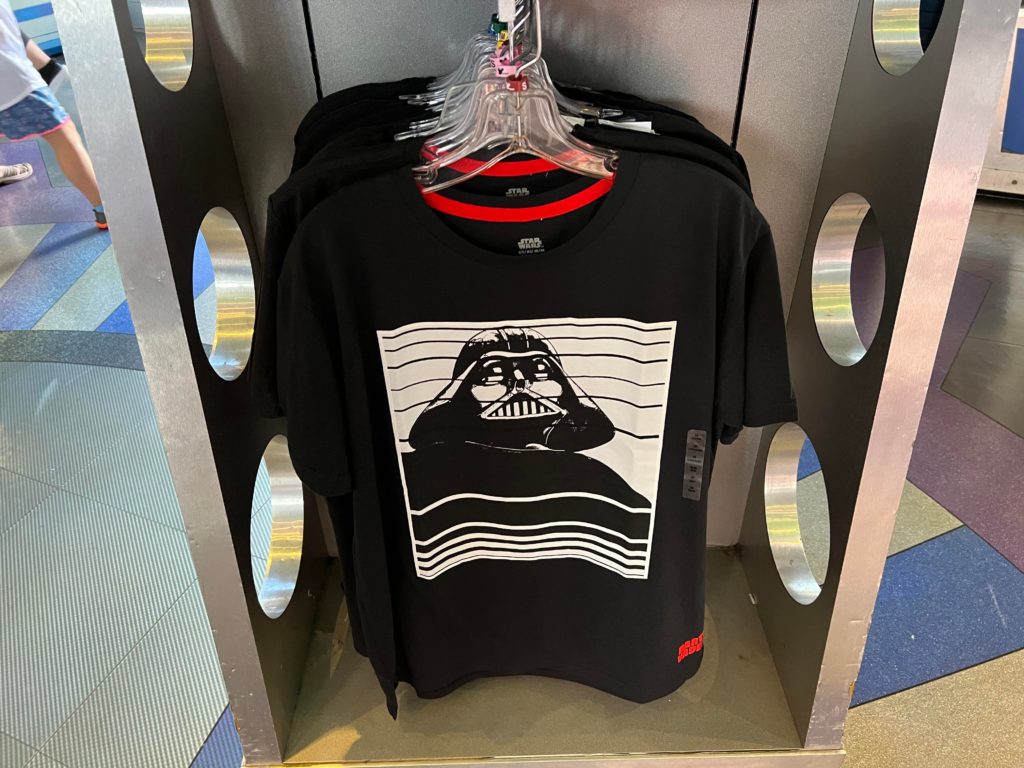 Where the first tee uses an intense red shade across the center highlighting Vader’s deadly lightsaber, a second black tee uses a small pop of garnet in the Star Wars logo in a corner. The tee instead captures Vader’s intimidating figure set on top of a contrasting white and black-striped background. 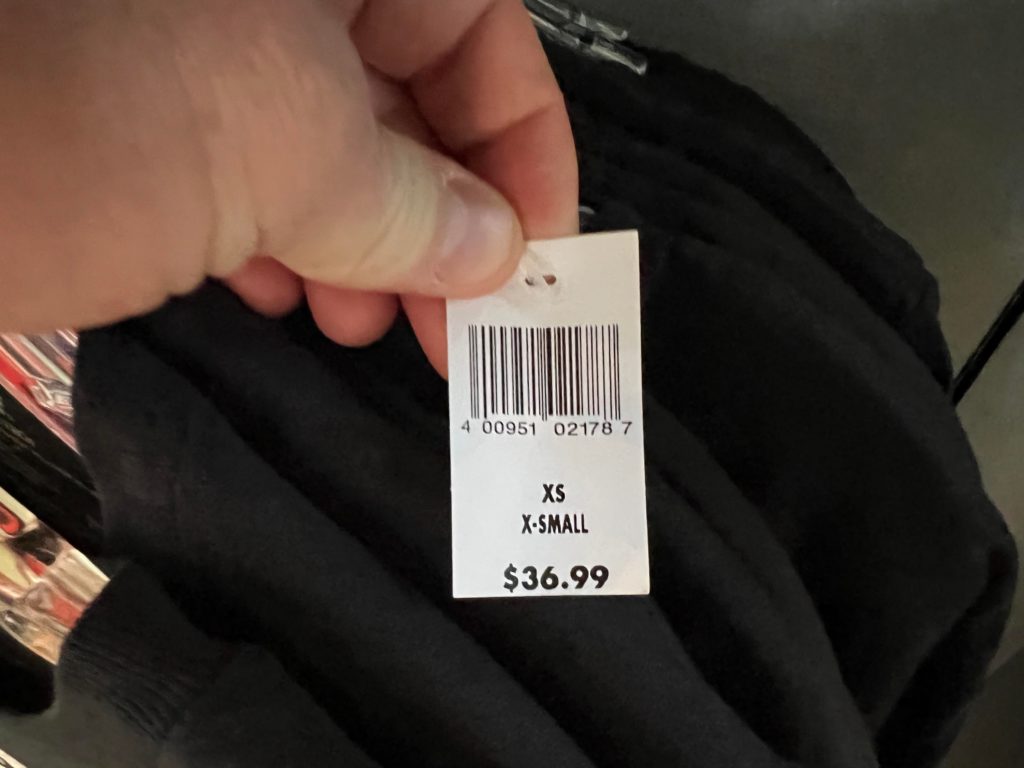 Both Vader tees retail for $36.99 and sit alongside a number of other unique tees featured in the Tomorrowland merchandise location.

The Force and Pride Combine in New Magnet 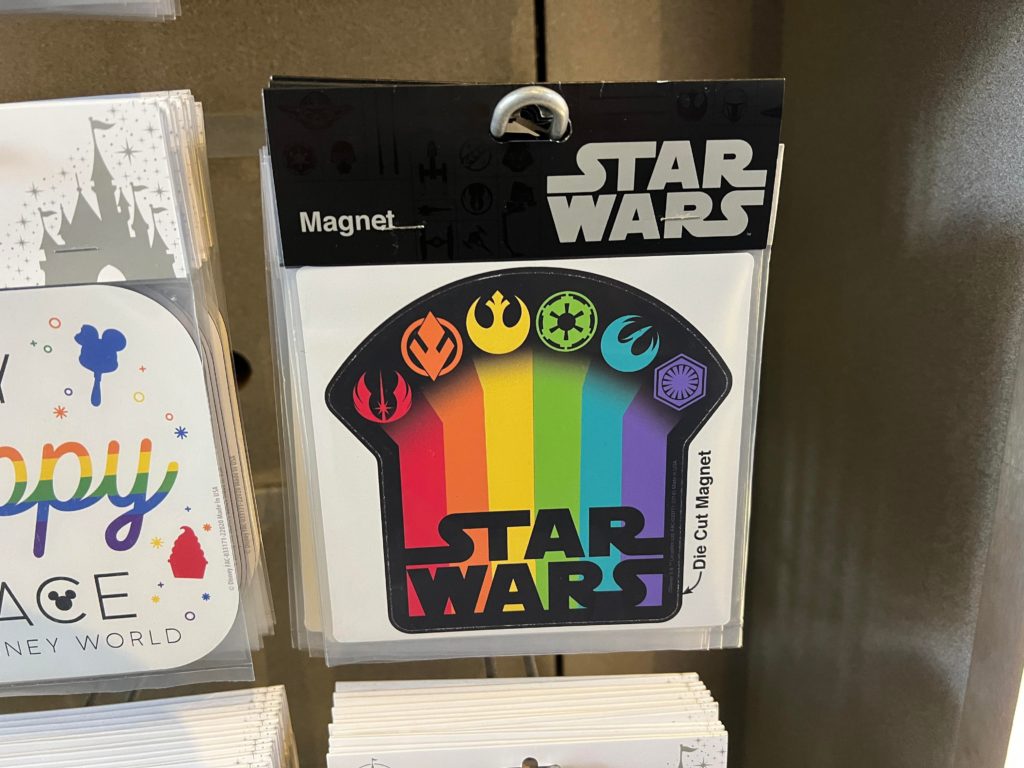 The emblems of the Rebel Alliance, the Sith, the First Order and more take on the rainbow shades symbolic of last month’s Pride celebrations in a new magnet. Of course, the magnet also finds itself at Tomorrowland Light & Power Co. 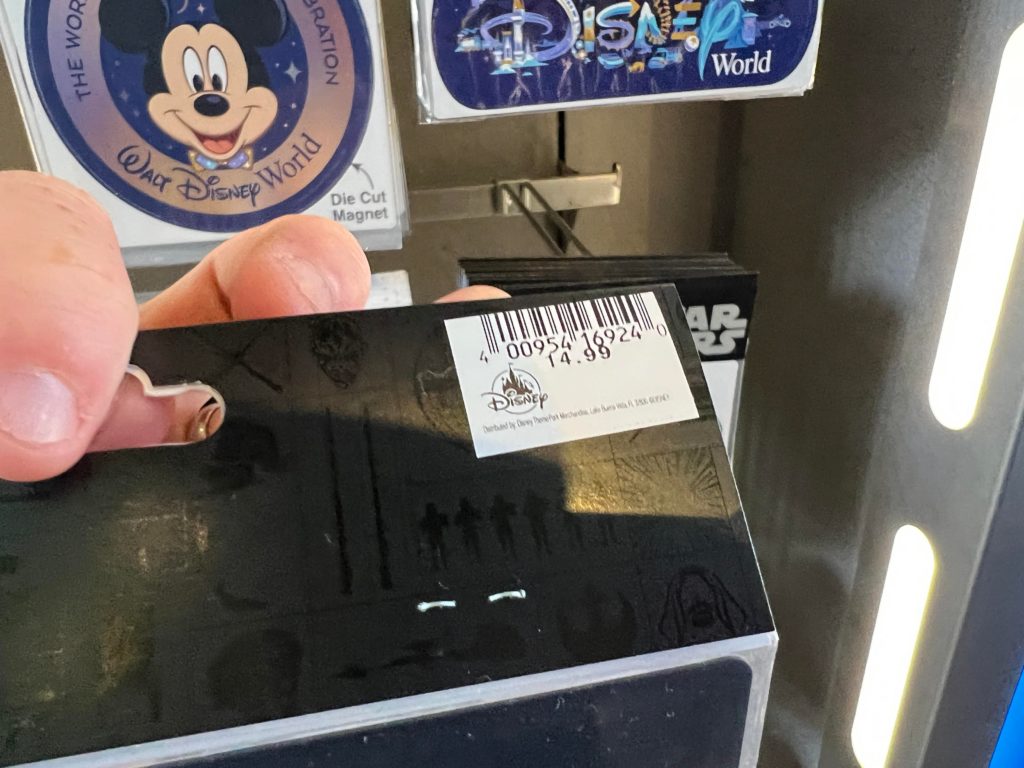 The bold accessory retails for $14.99 and sits alongside a range of die cut magnets that make Light & Power Co. a must-do stop during any Magic Kingdom merchandise binge.