Of all the Wishables lines that have released lately, the new “Pinocchio” themed collection really does burst with darling detail. Dubbed the “Pinocchio’s Daring Journey Series,” the new line of miniature collectible plush celebrates the beloved story of the little wooden boy who hopes to become real. 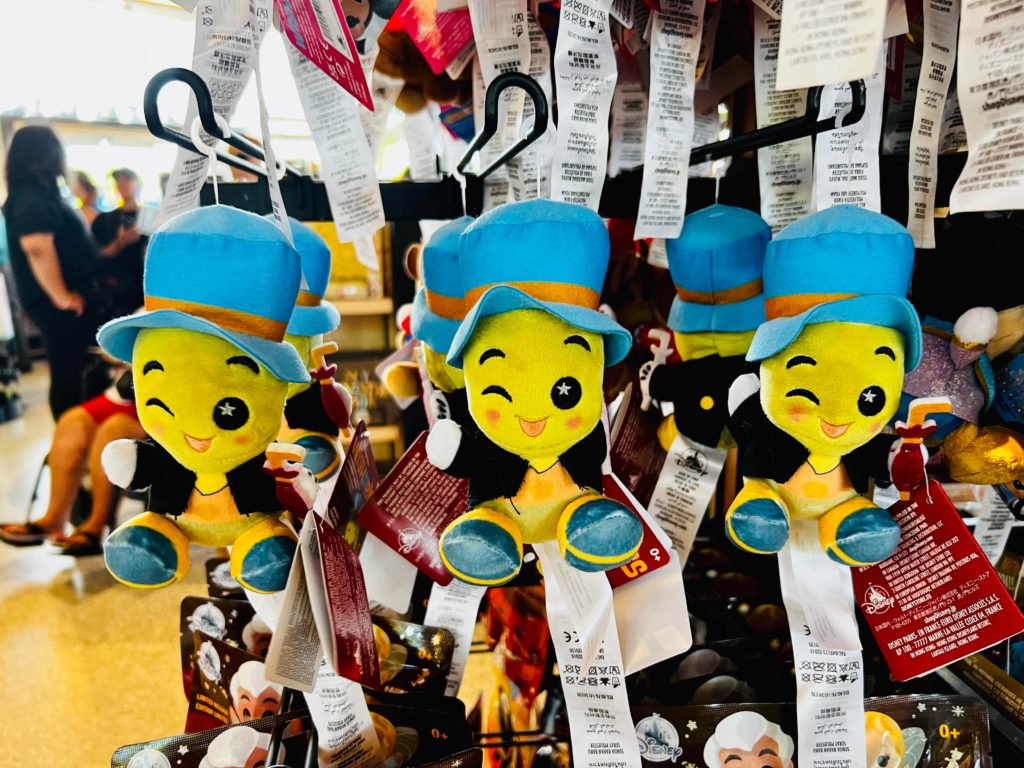 Spotted today for the first time in Walt Disney World, the limited edition collection comes in two parts: a mystery bag featuring one of four classic characters and a stand-alone Wishable. The latter perfectly captures the spirit and guidance of Pinocchio’s mentor, Jiminy Cricket. 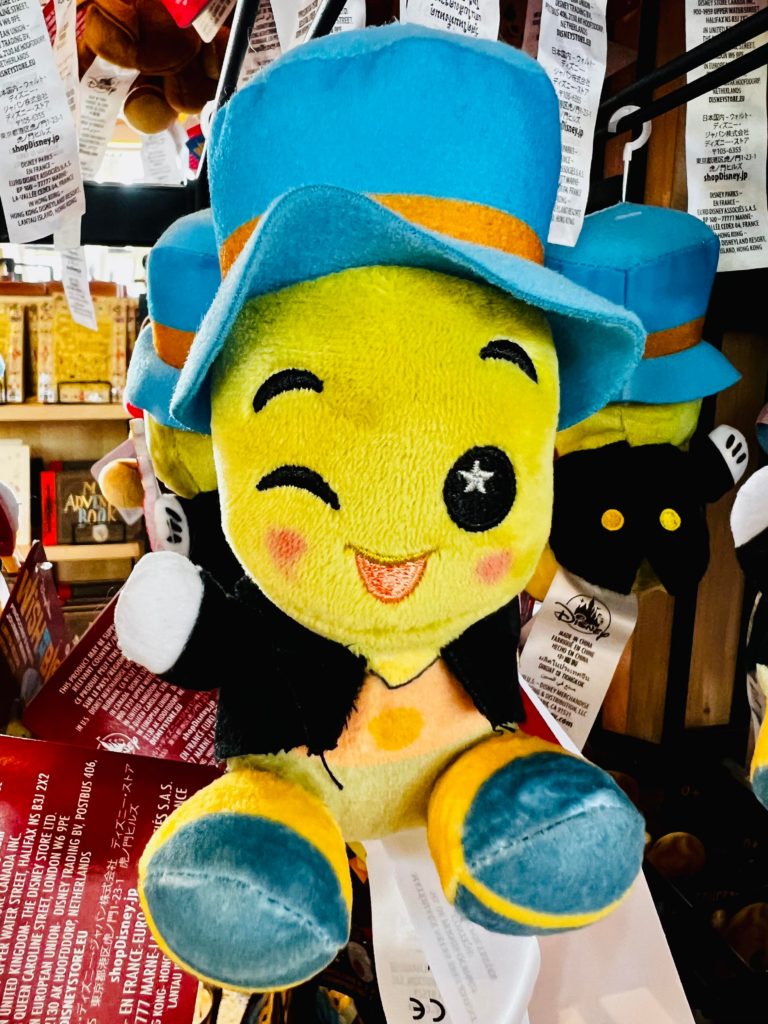 With the wishing star in his eye, the Jiminy Cricket plush retails for $14.99. His darling wink and open arms give the little stuffed treasure such personality. 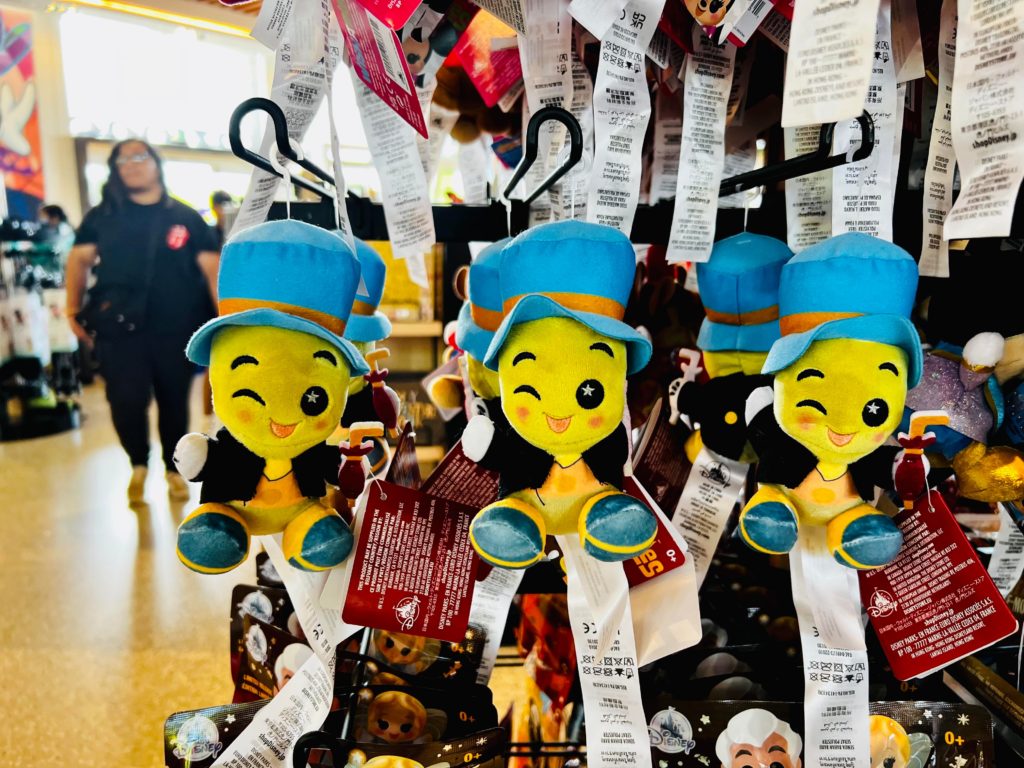 The collectible also boldly displays Jiminy’s customary blue hat with orange decorative band. In fact, the hat may be the same size of the adorable plush’s head. 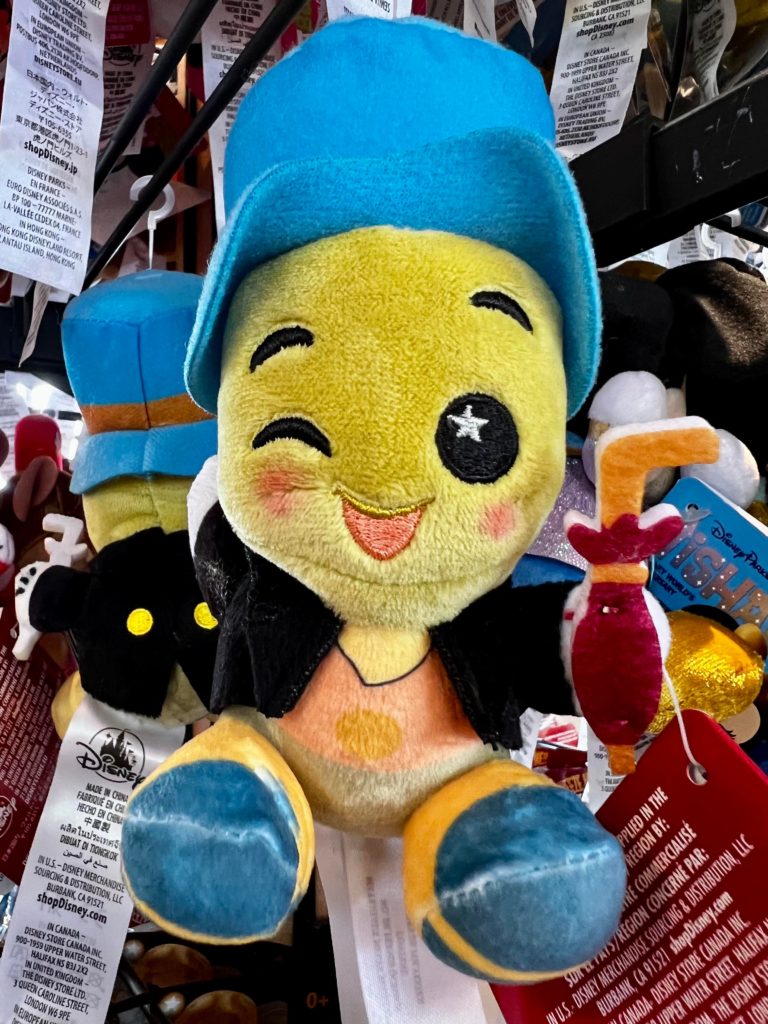 We can’t get enough of those rosy cheeks or his darling ensemble complete with umbrella. 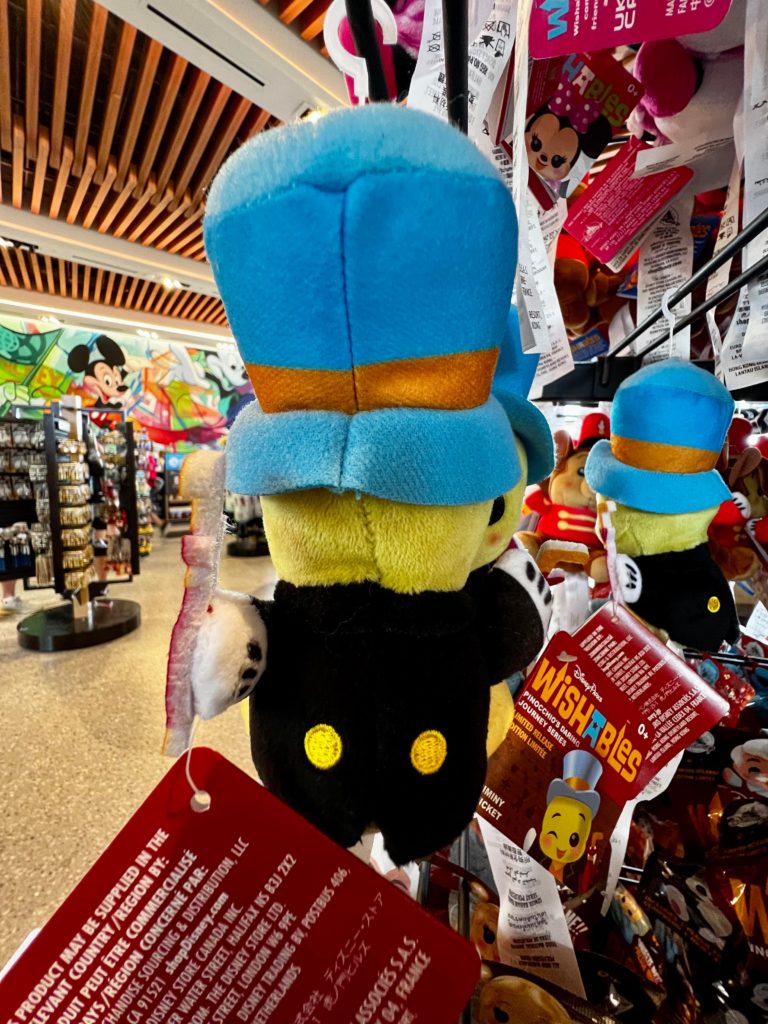 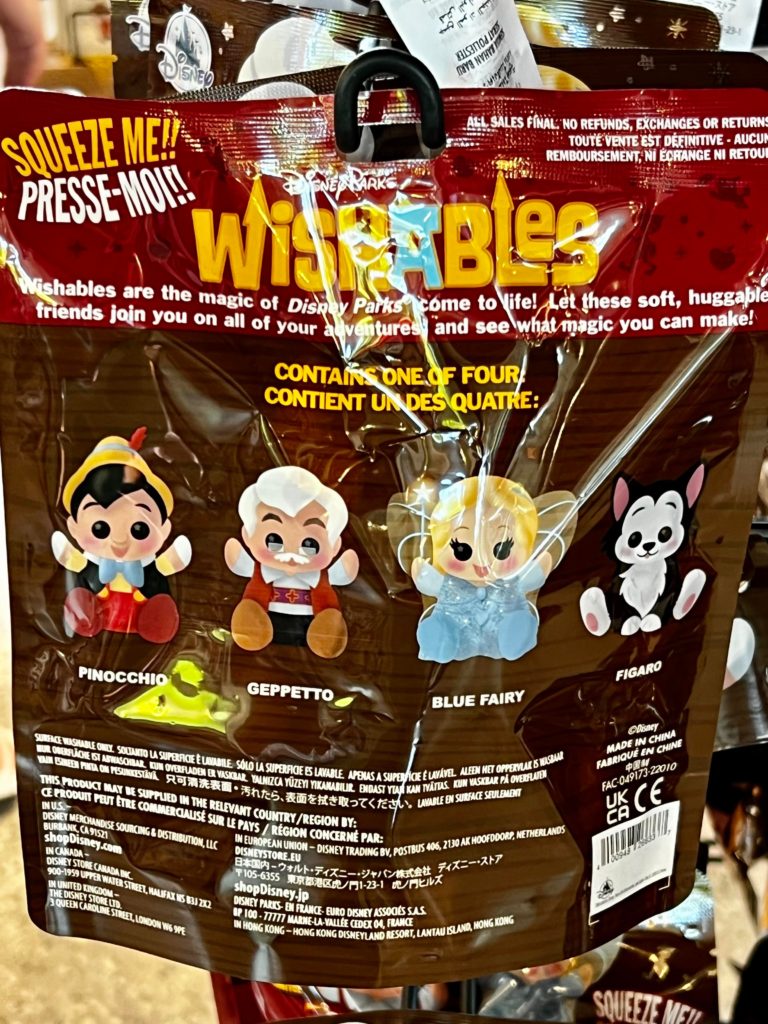 The Wishable Daring Journey Mystery Bags also sell for $14.99 a piece. Hoping to collect all four, the cuddly plush glorify Pinocchio himself as well as his creator, Geppetto, the incredible Blue Fairy, and the fiesty Figaro. 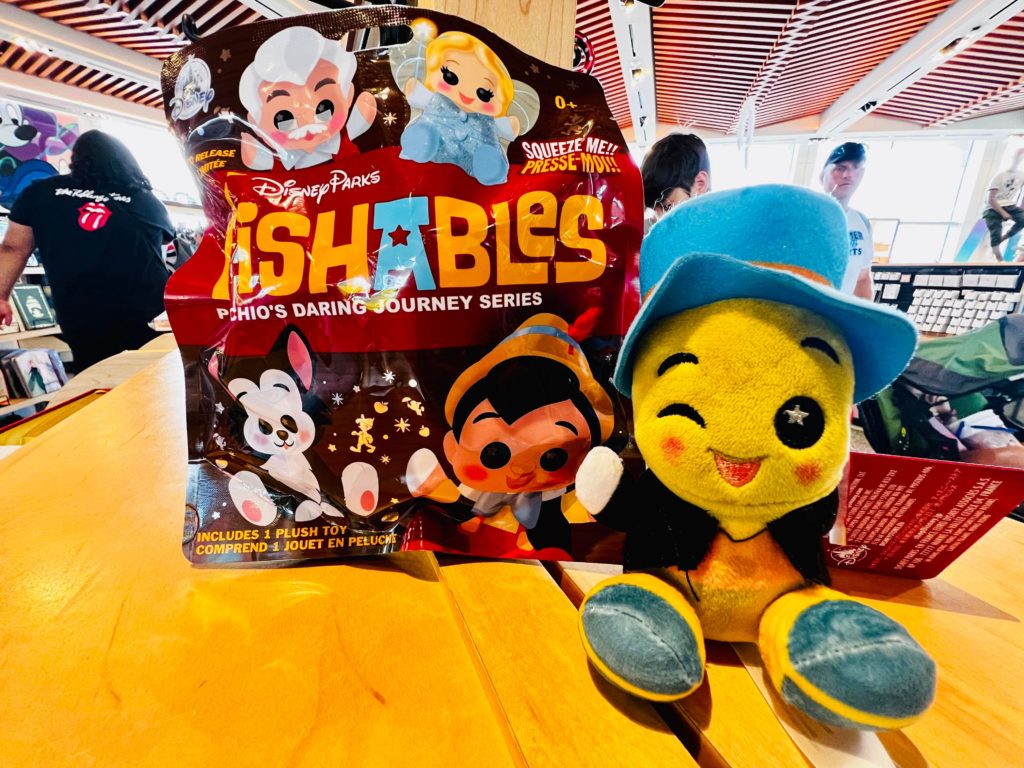 We spotted all of the “Pinocchio’s Daring Journey Series” today during a trip to Creations Shop at EPCOT. Opening this past October, Creations Shop quickly became a must-do stop for those looking for special merchandise during their trip to the innovative theme park. 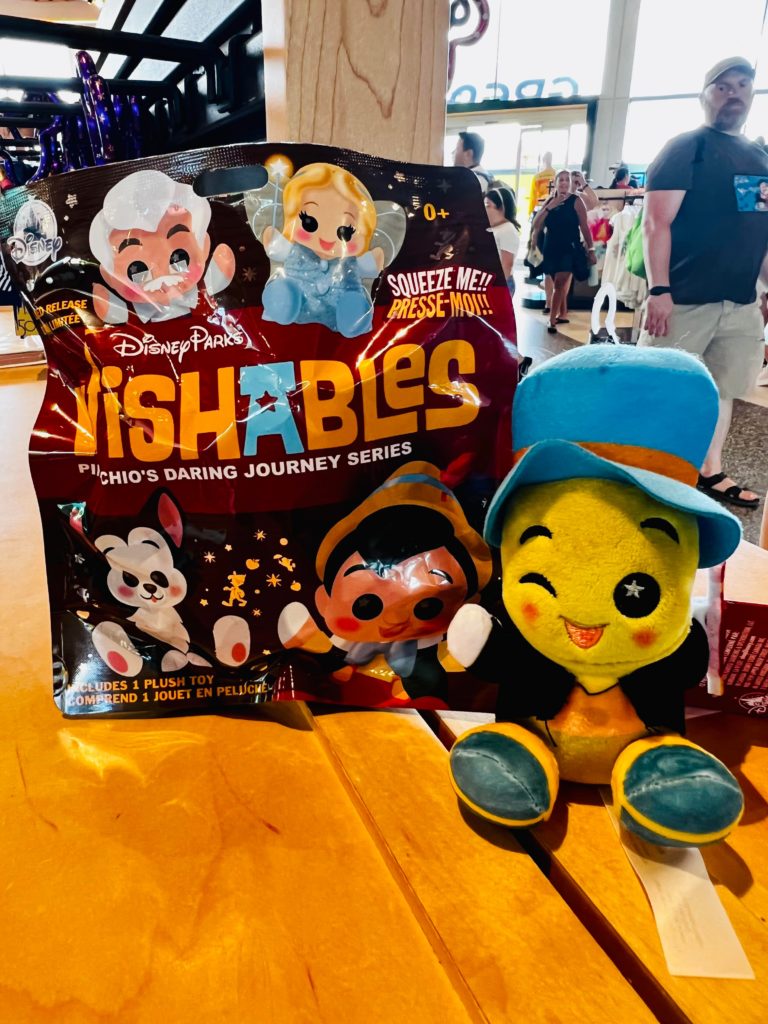 As with so many limited edition items, those hoping to collect this group of plush will want to keep an eye out for them over the next few weeks. So far, the Daring Journey collection appeared at Disneyland and now select locations at Walt Disney World. It comes behind a number of collections based off of classic animated Disney films, including a recent release themed around Dumbo, the flying elephant.