Disney definitely didn’t take a holiday vacation. The past week has included many high-profile stories, some of which will impact the parks for years to come. 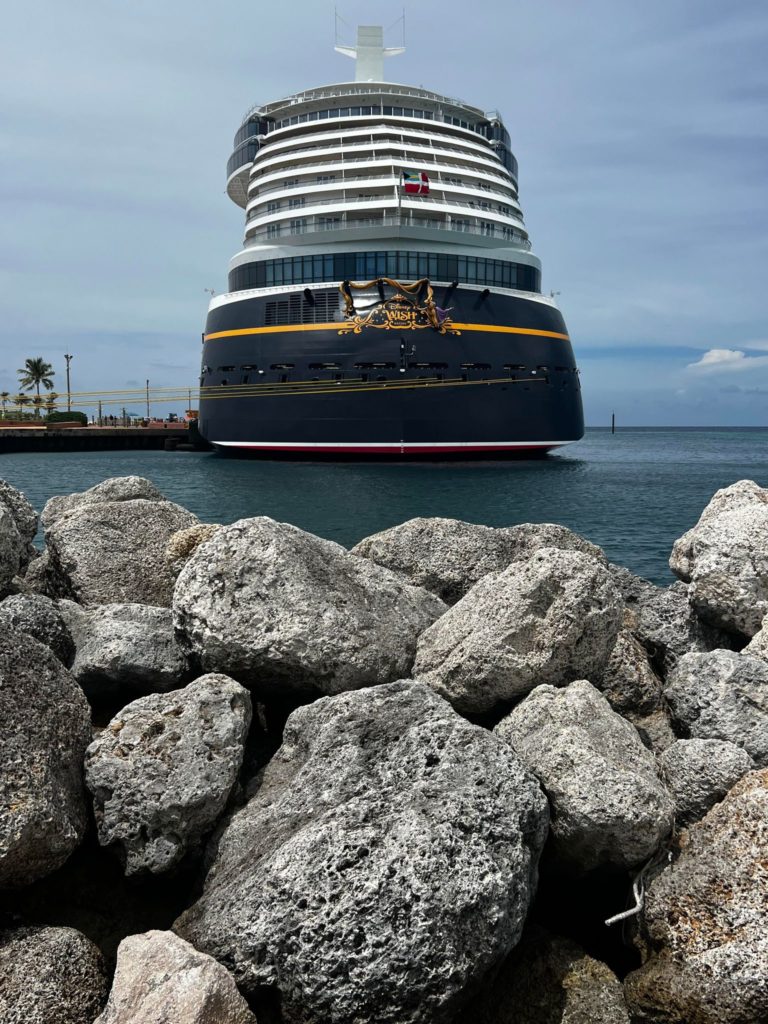 Let’s quickly catch up in this week’s MickeyBlog News!

Greetings from the Disney Wish!

Okay, I just lied to you. I’m not on the Disney Wish. However, some of our favorite MickeyBloggers are currently sailing on Disney Cruise Line’s newest vessel.

We’ve spent the past few days informing you about many elements of the cruise ship. Here are links discussing:

Obviously, I cannot add much to the astonishing amount of content we’ve provided. The Disney Wish offers a staggering amount of amenities. 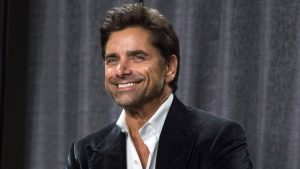 Pretty much everything I’ve linked here is something you’ll experience during your trip…except John Stamos.

You should take the time to click through, as you’ll appreciate that the de facto flagship of Disney Cruise Line has reset the bar for the cruise experience. 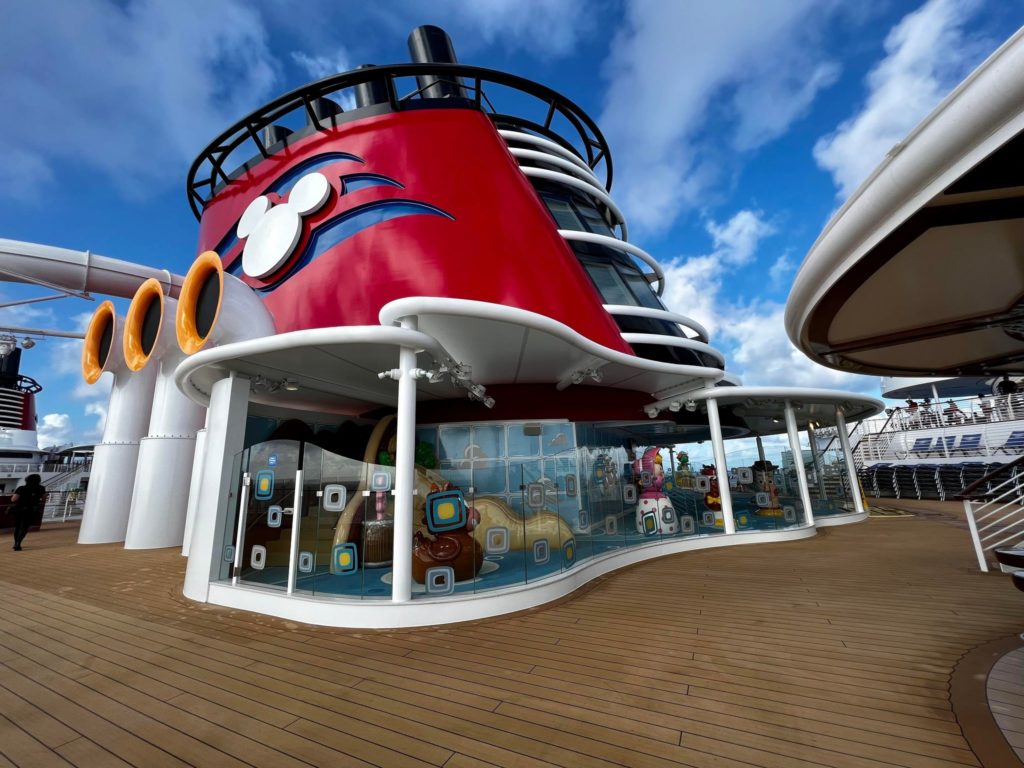 You’ll want to vacation on the Disney Wish at some point. It’s majestic!

In fact, I’d strongly suggest that you speak with a MickeyTravels agent to set up the cruise vacation of your dreams! 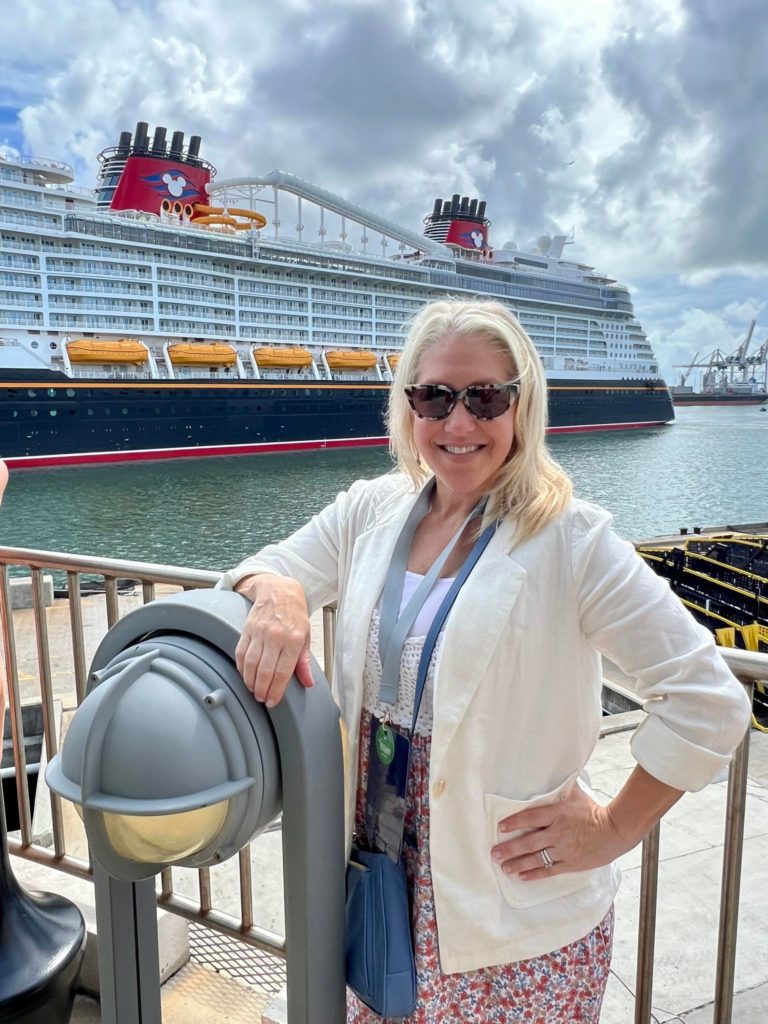 We’ve had a decent number of inside baseball stories at The Walt Disney Company this week.

Disney’s Board of Directors used the christening of the Disney Wish as an opportunity to hold a meeting.

During this event, the Board unanimously voted to extend the contract of Bob Chapek.

Reports have erroneously indicated that it’s a three-year extension. I hate to be a pedant, but that’s not technically true.

A three-year extension to that contract would have carried him through February of 2026. That’s not what happened, though.

As of July 1st, Chapek has started a new contract that lasts for three years. As such, he and Disney are contractually obligated to one another through June of 2025.

In truth, the new agreement extends his contract by two years and four months. So, we’ll definitely have Chapek as the head of Disney for a while longer.

However, he probably needs to show improvement by the second half of next year. Otherwise, the Board may consider buying Chapek out of his remaining contract.

Still, this vote of confidence allowed Chapek to plan for the long-term. His first exercise of this newfound power involved a smackdown of Brightline. 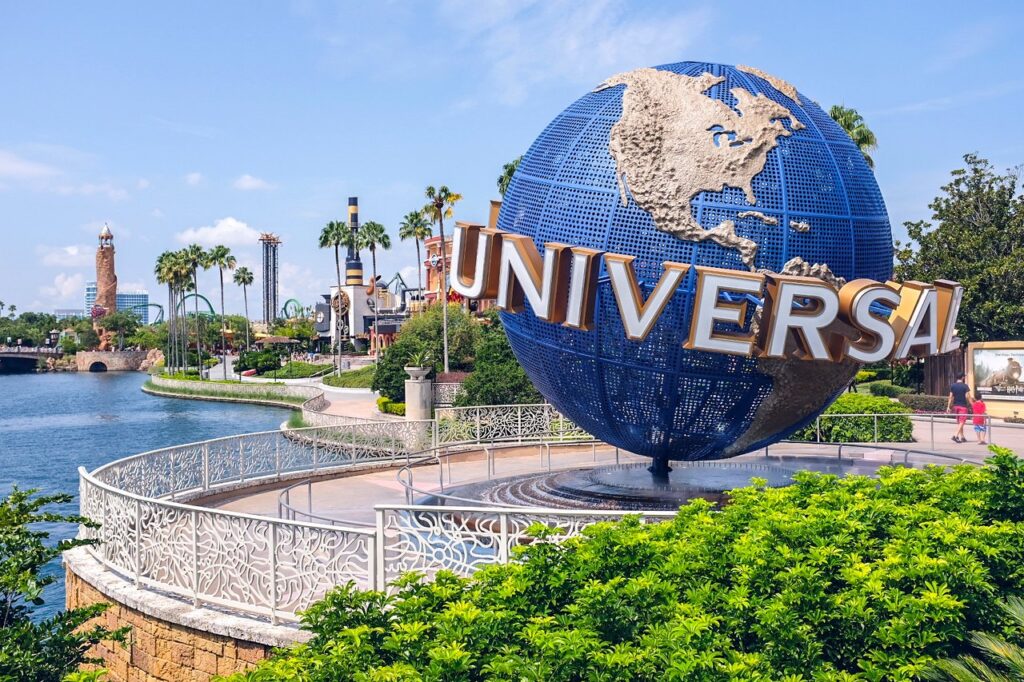 The high-speed rail system recently cut a deal with Universal Studios for the so-called Sunshine Corridor. It’ll include a stop near the upcoming Epic Universe theme park.

Disney didn’t like that idea and has dropped out of the Brightline project. For its part, Brightline stated it’ll still build a proposed station near Disney Springs.

The change involves the location, as Brightline can no longer use Disney property. Also, without Disney’s involvement, this project could collapse. 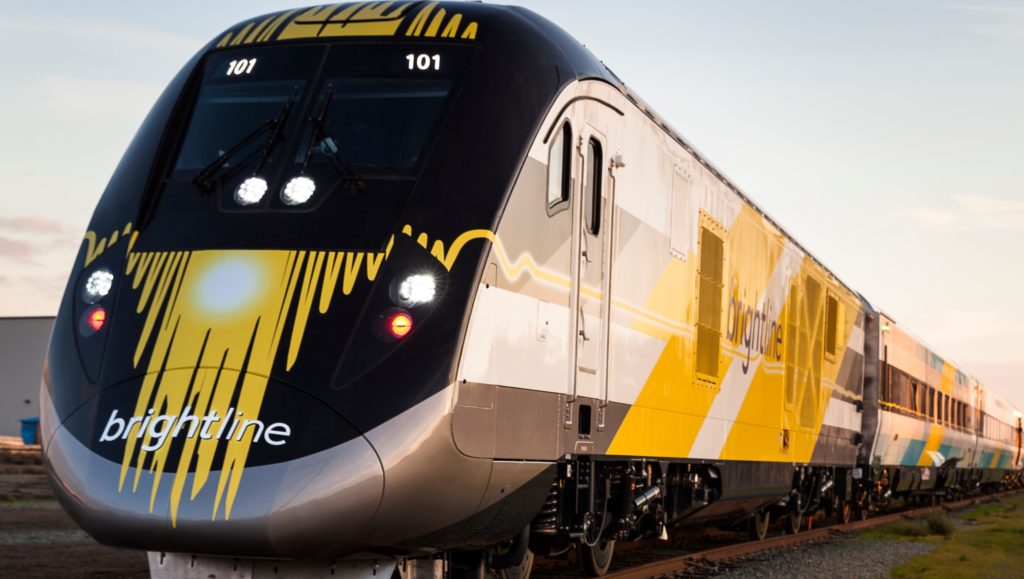 We have three changes of note at Disneyland Resort, all of which reward guests for staying onsite. 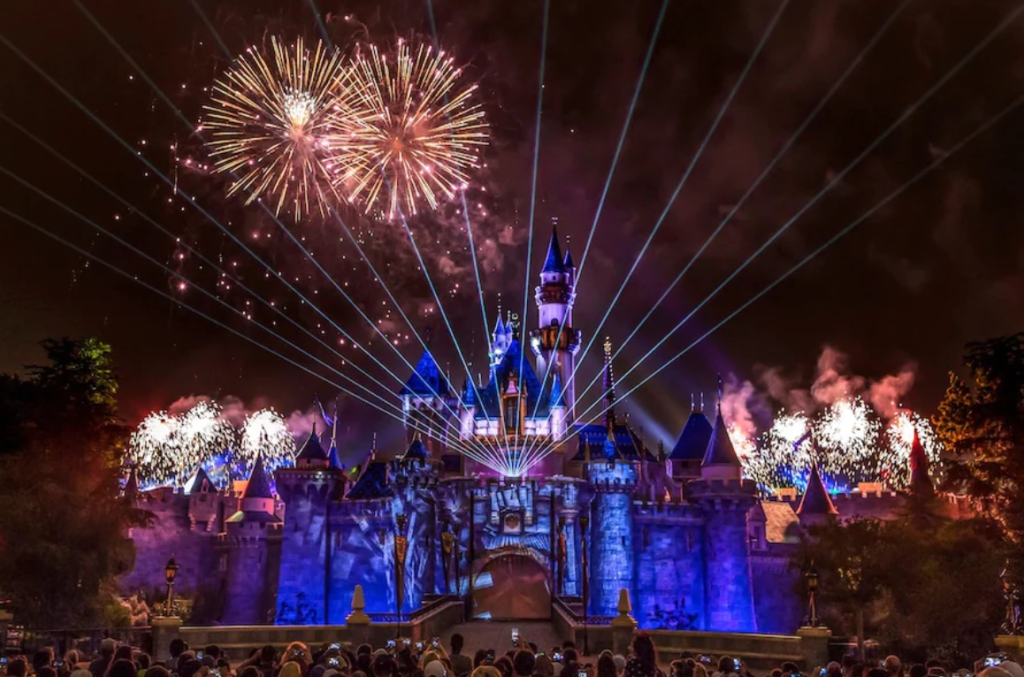 Yes, that’s the same amenity at Walt Disney World. Disneyland hadn’t brought it back before now.

However, Disneyland Resort guests will get something that Walt Disney World tourists don’t have yet.

At Disneyland, resort package delivery is returning as well. This system allows you to buy something at the parks. 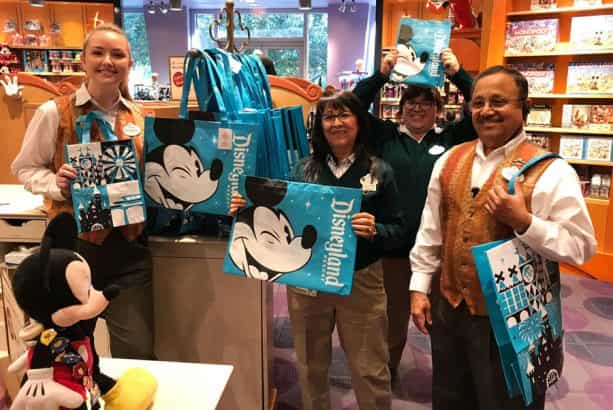 Then, you don’t have to lug it around the rest of the day. Instead, Disney will ship it back to your hotel, where you can pick it up the next day. 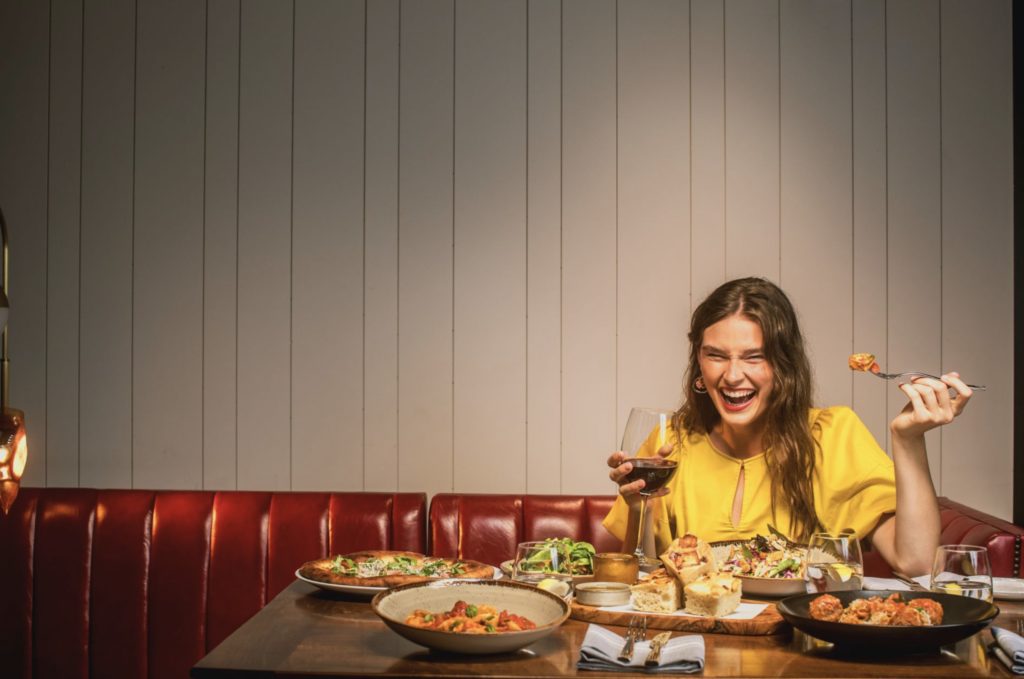 This amenity entitles official hotel guests to “preferred access to a limited number of reservations at select hotel table service restaurants during the dates of your hotel stay.” 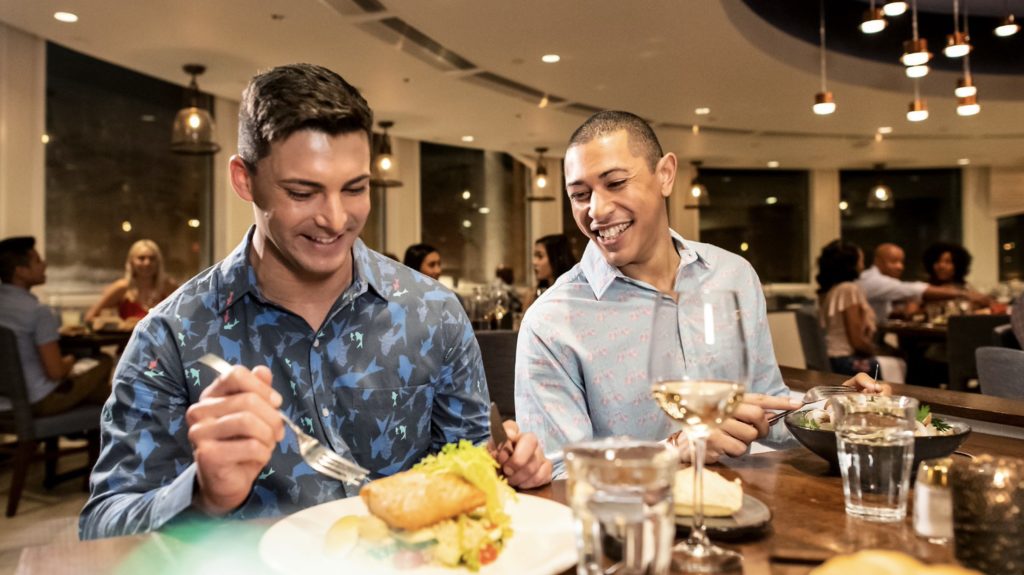 In other words, you’ll have a better chance at dining at the various hotel restaurants.

We’ve also got two Disneyland Park updates this week. Pirates of the Caribbean has reopened after a three-month closure. 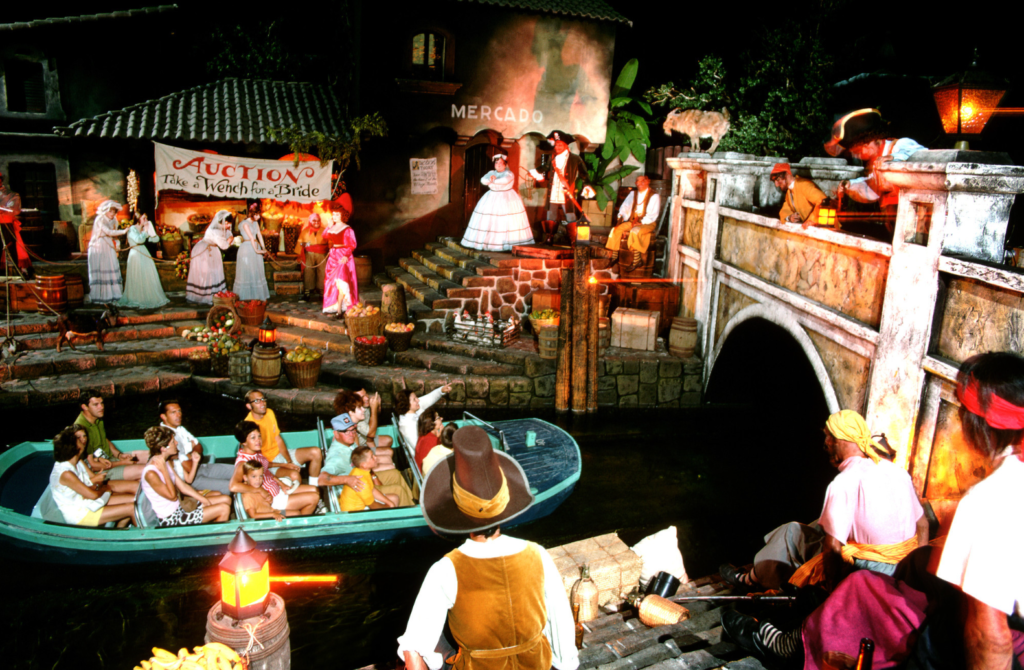 Speculation had centered on whether Disney would remove Captain Jack Sparrow. Well, the character remains at his signature spot(s) on the ride.

Here’s a video of the renovated Pirates of the Caribbean:

I can confirm that there were MASSIVE crowds for the ride’s return. 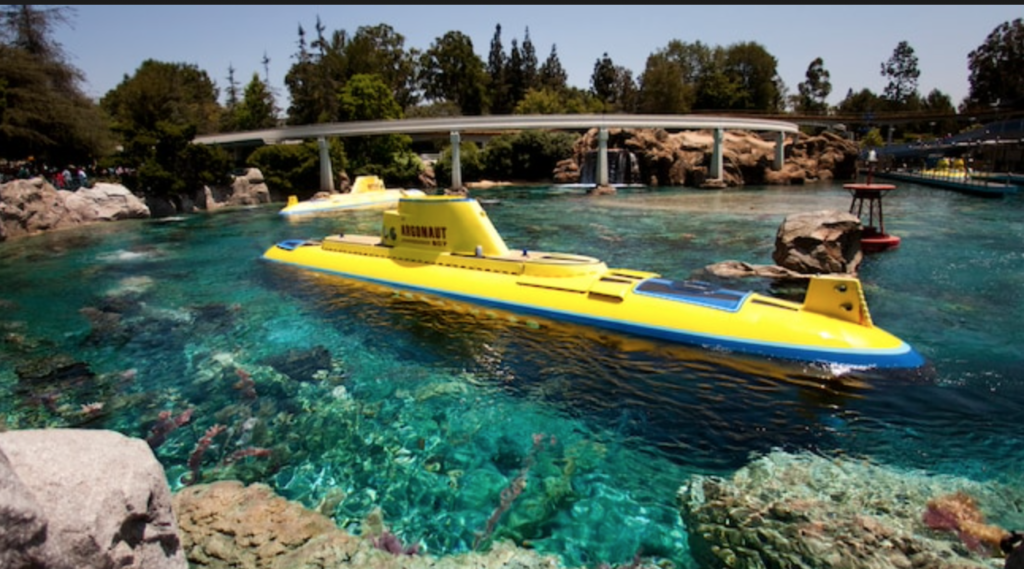 Disney officials just revealed that Hank from Finding Dory will appear as a set piece in the lagoon area.

In fact, if you take the Tomorrowland monorail ride, you can probably see Hank holding court! 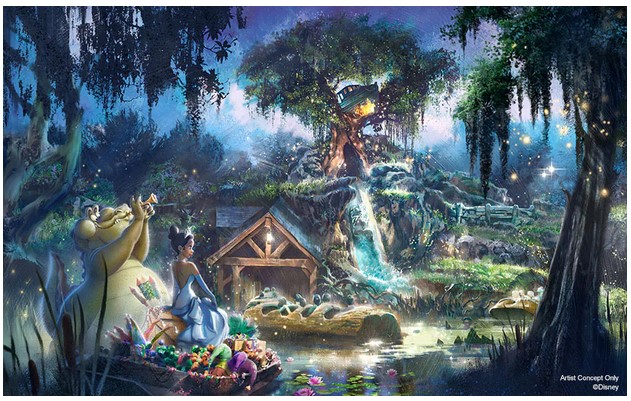 Here’s a charming video about an Imagineering research trip:

More importantly, here’s a 30-minute clip regarding the grand announcement for hew version:

During this discussion, we learn that the name of the new attraction is Tiana’s Bayou Adventure.

Disney expects this ride to debut in 2024, but it didn’t declare a date for the closure of Splash Mountain. 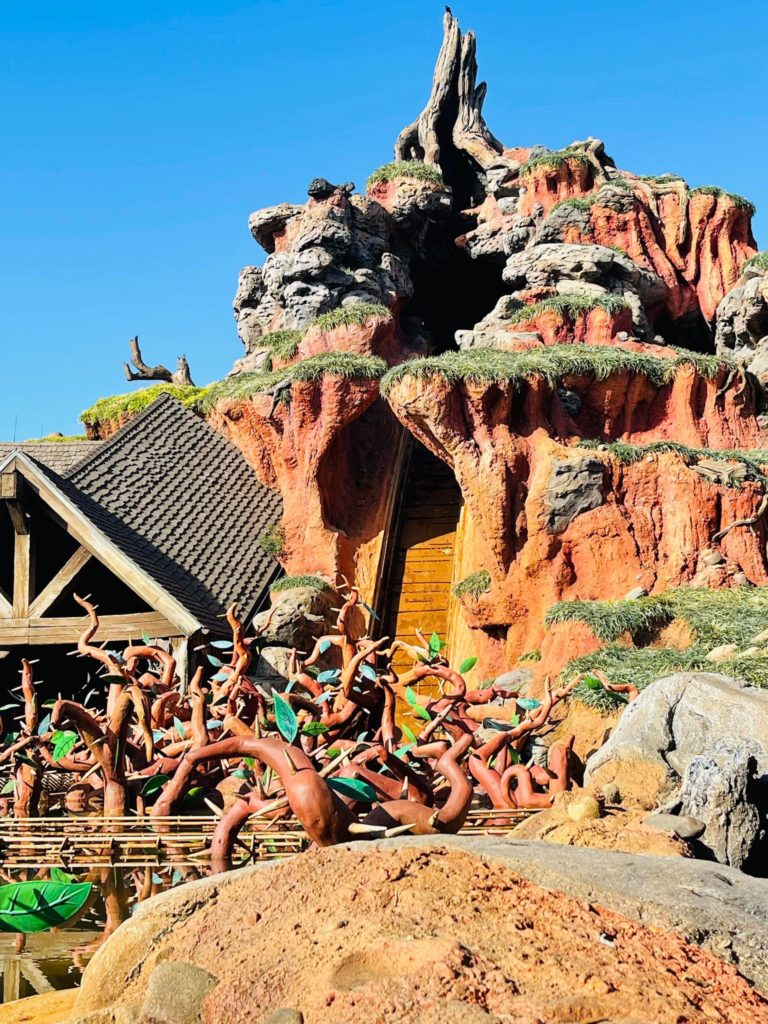 Personally, I expect that to happen in 2023. I’m just speculating, though.

MickeyBlog will obviously track this story and keep you informed as we learn more.

Internationally, Disney is once again operating at full strength. Shanghai Disneyland reopened this past Thursday after its latest three-month closure.

Given all the positive pandemic-related news this year, Disney appears likely to keep its entire set of six theme parks up and running for the foreseeable future.

Let’s all take this moment to appreciate that we’ve survived the worst! 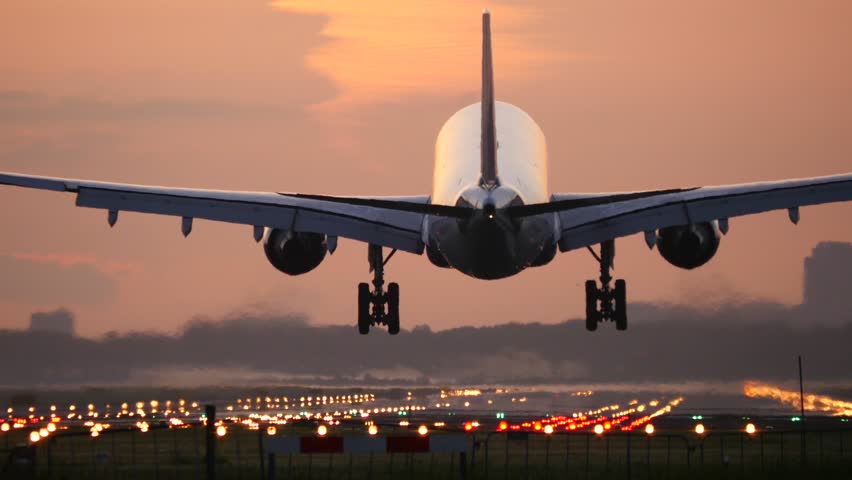 Speaking of international travel, that ridiculous $109,900 Adventures by Disney trip that earned so many headlines turned out to be a good idea.

All 75 seats sold out before they ever technically went on sale to the public. Disney’s revenue from this silly little idea is more than $8.2 million. 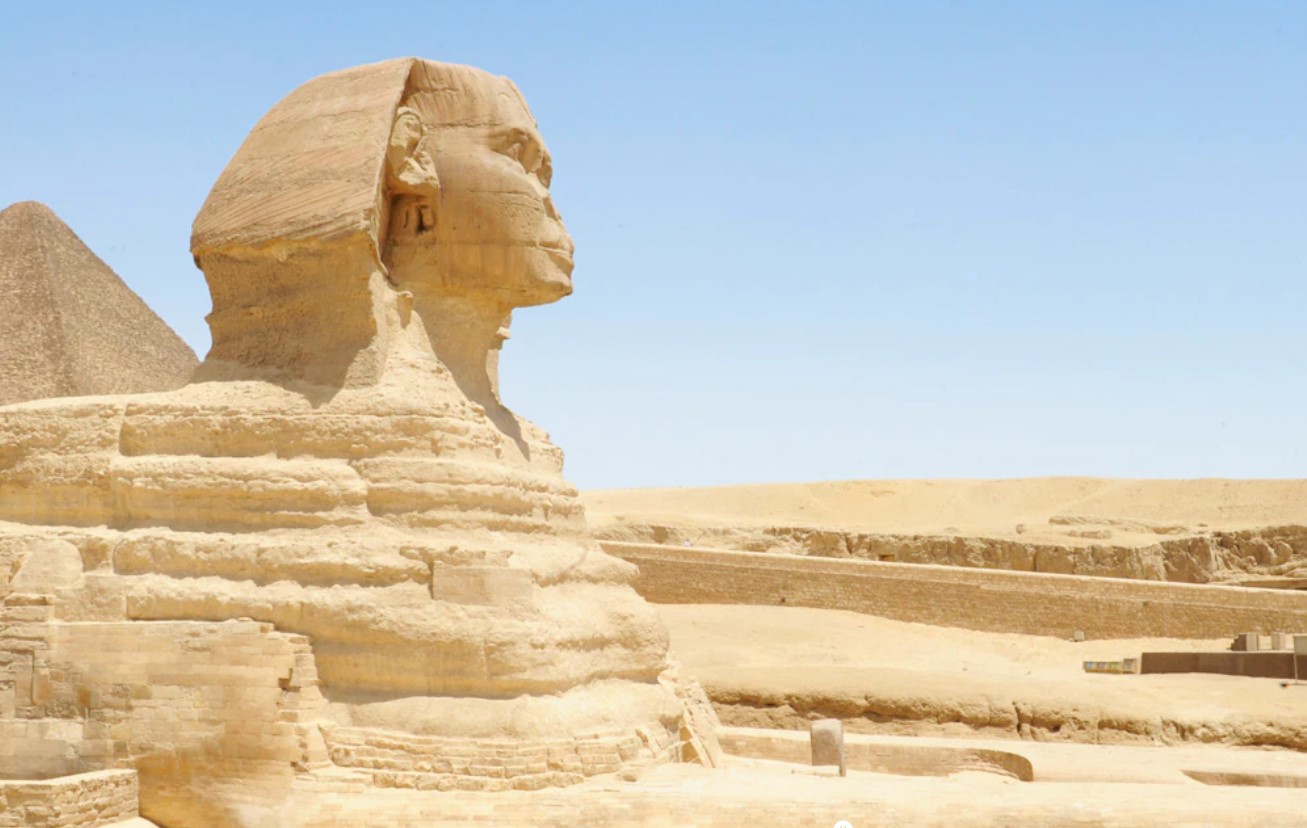 So, despite all the mockery that came with the announcement, you can expect to hear about more special offerings like it.

As long as those tourist events sell, Disney will do them.

I’m tearing through plenty of significant stories right now because the news has come hard and fast this week. 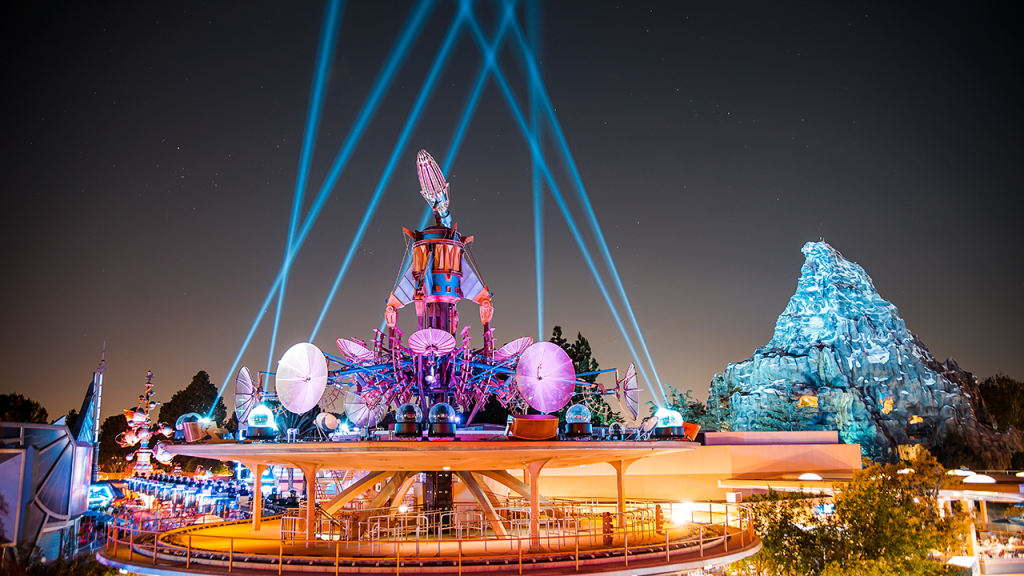 To wit, I’d ordinarily devote more time to the changes at Tomorrowland at Magic Kingdom.

Disney has just refreshed Walt Disney’s Carousel of Progress and the Tomorrowland Transit Authority PeopleMover just in time for the latter’s 47th birthday. 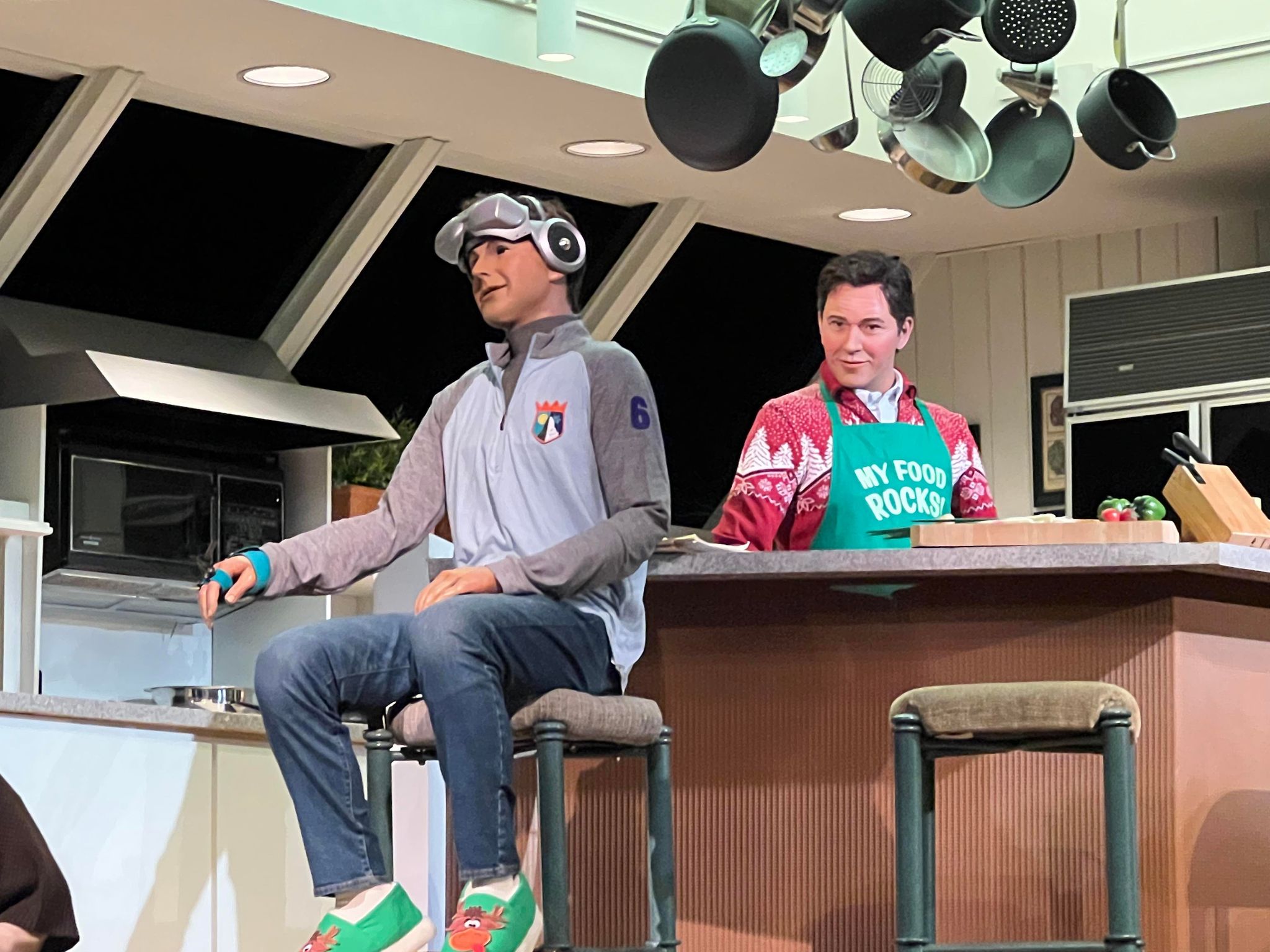 Carousel of Progress has updated its 21st Century scene to show a better reflection of the future.

Okay, that’s a bit of an exaggeration. The family received a wardrobe change and some new hairstyles. Still, this modest refresh makes the scene feel new again. 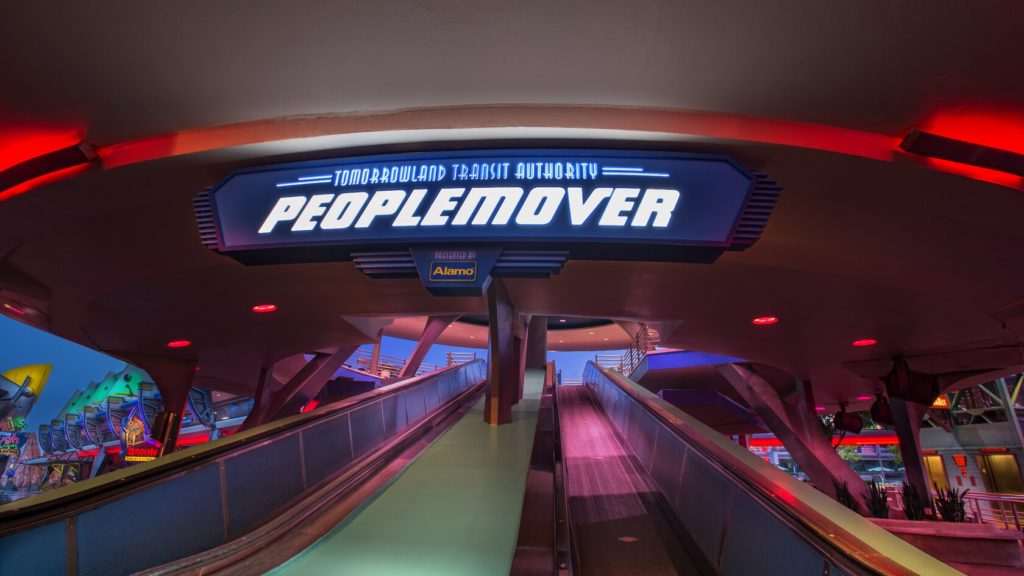 The renovations at PeopleMover involve the commentary. Disney has gone back to the future with new narration from ORAC-5.

Some of you are smiling right now because you remember ORAC-1 as the voiceover back in the day. 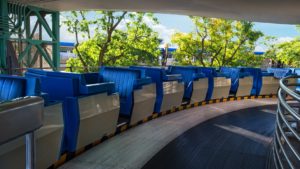 ORAC-5 embraces its tribute to the past by making several references to Tomorrowland’s history, including some of its defunct rides.

Here’s a video of the new version:

Magic Kingdom has also reopened the Harmony Barber Shop after an extended absence.

So, if you’re like me and really let yourself go during the pandemic, a cast member can clip away your current werewolf look. 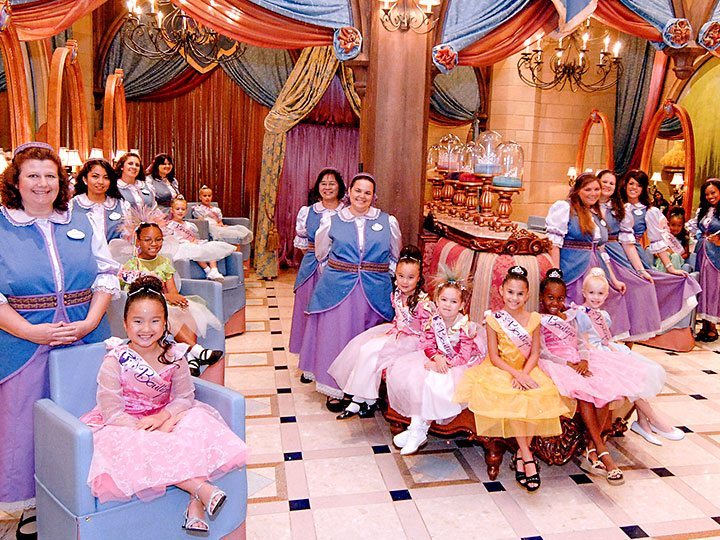 Disney also confirmed that Bibbidi Bobbidi Boutique will reopen on August 25th. Technically, this one could have been a Disneyland update, too. 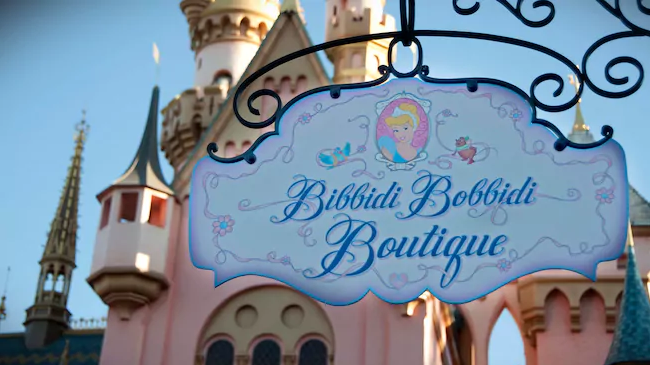 The beloved dress-up experience returns at Disneyland AND Magic Kingdom on that date.

You also may have heard that annual passes are back on sale at Walt Disney World. 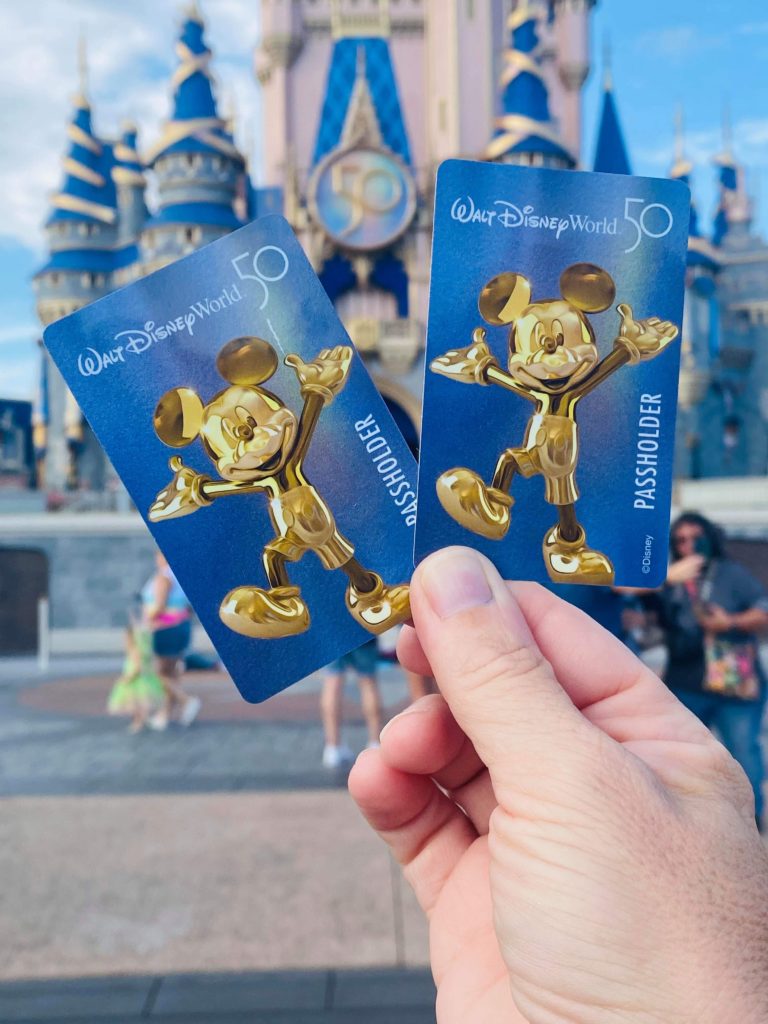 That was technically true for a few hours due to a technical glitch. However, management never intended for those sales to occur. The brief window has already closed again.