“What they can’t do these days,” Jiminy Cricket once famously said in the 1940 Disney animated classic, “Pinocchio.” Now, the conscientious cricket and the film’s storyline serve as inspiration for a cafe on the brand-new, highly imaginative Disney Wish. 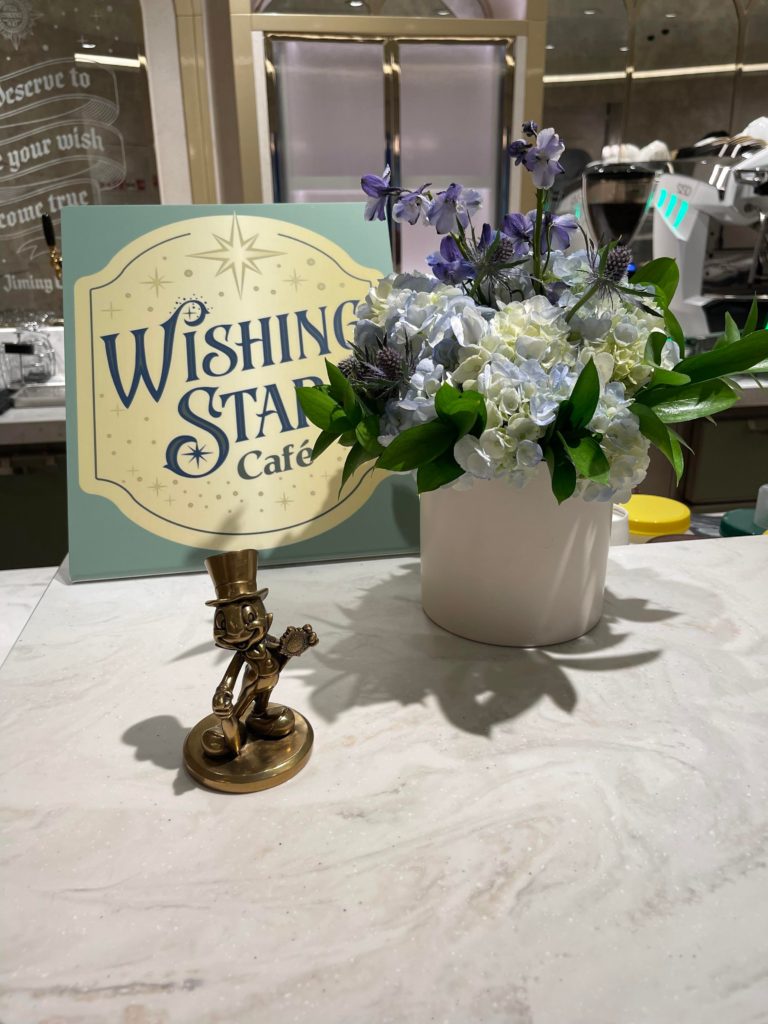 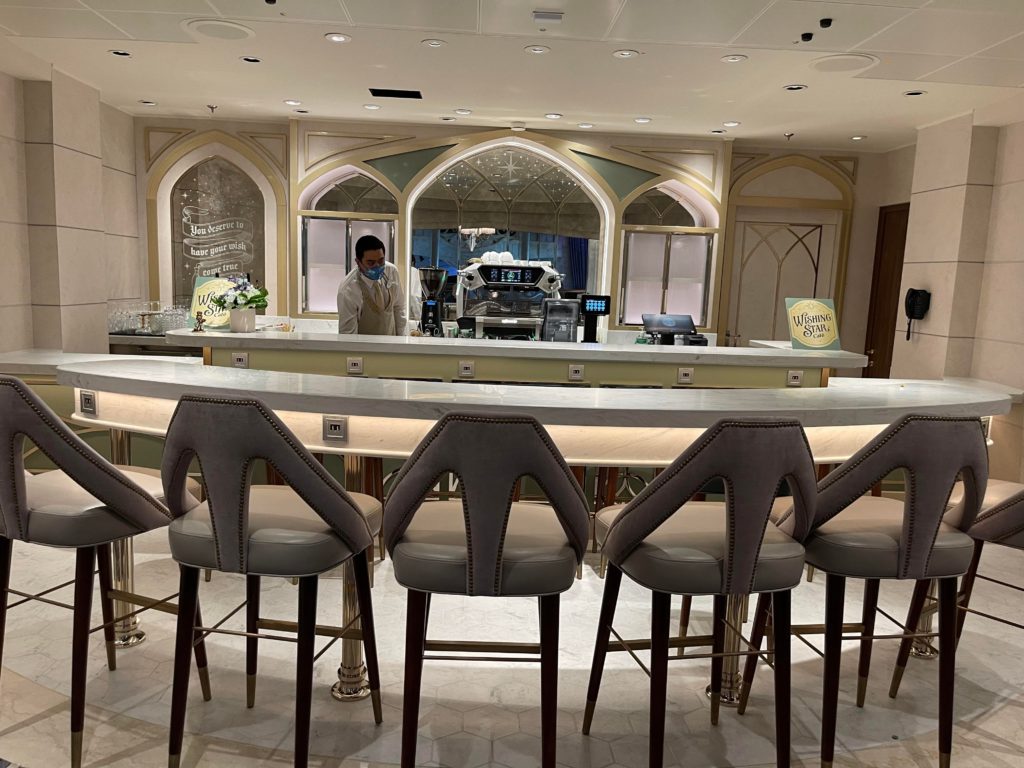 With cozy bar-height seating encircling a barista stand, Wishing Star Cafe promises to be a popular stop for a frothy caffeinated beverage to begin the day. The cafe sits on Deck 4 just off the Grand Hall itself. 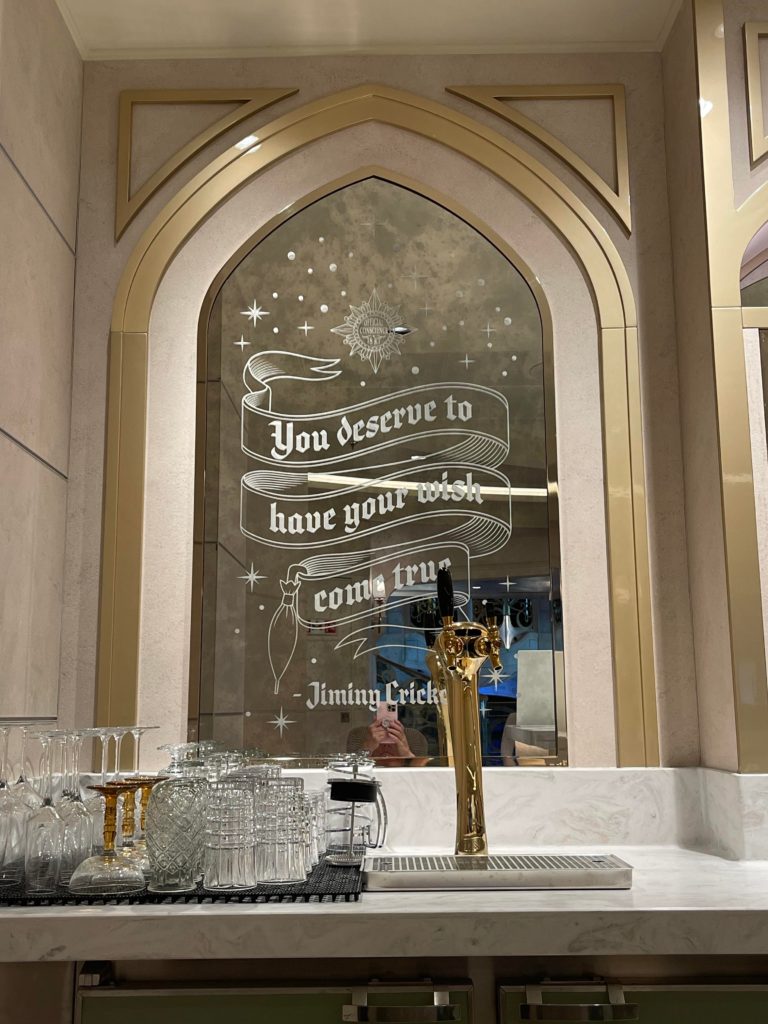 Based on the range of glassware, Wishing Star Cafe specializes in more than just coffee though. With champagne glasses and unique stemware lined up, the space appears set to serve a variety of beverages, including maybe nitro cold brew or other tap-based delights. 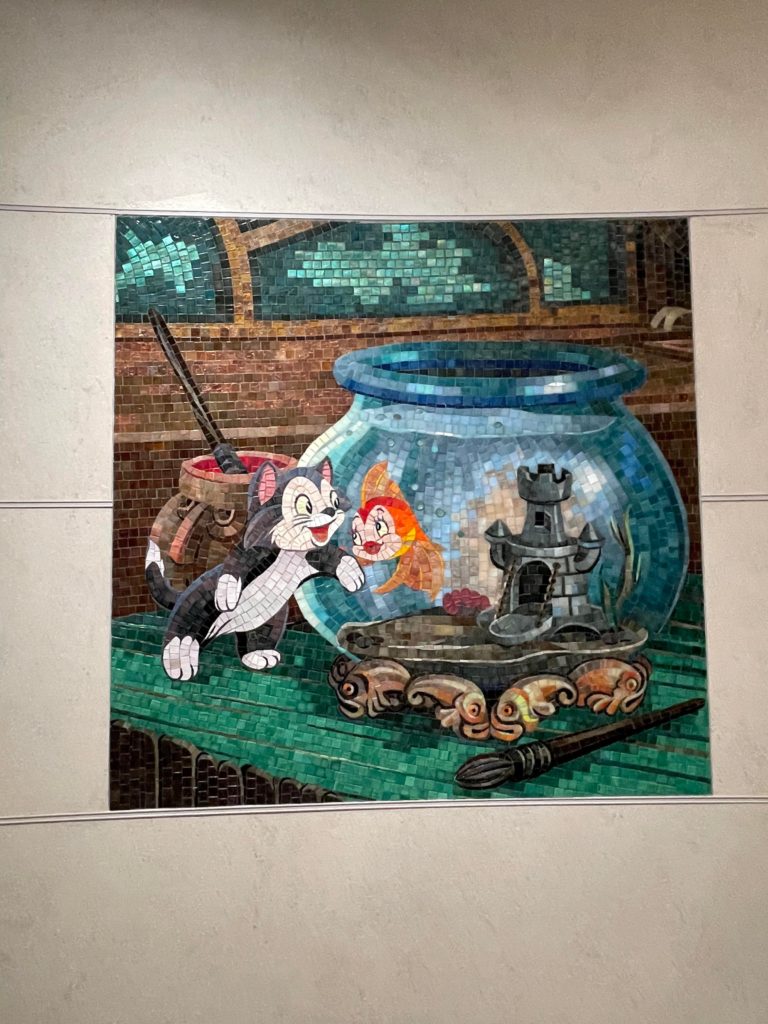 As with everything on the Disney Wish, the details in the cafe’s artwork offer a perfect reason to pop by whether a drink is on the list of priorities or not. One mosaic captures the darling moment in which feisty feline Figaro dances with goldfish Cleo in a rare moment of friendship. 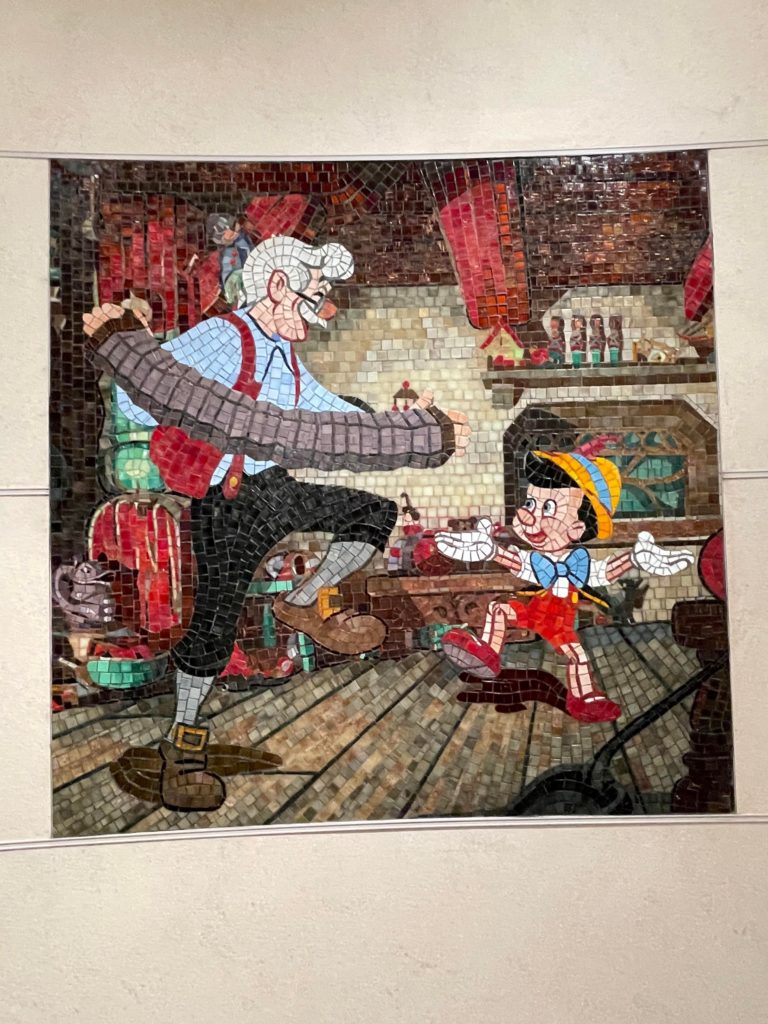 Another mosaic depicts a joyous scene between Pinocchio and Geppetto as they dance in his workshop. Much like the Cinderella and Lucifer statutes that sit in the Great Hall, Wishing Star Cafe also features a bronze statue of Jiminy Cricket himself too. 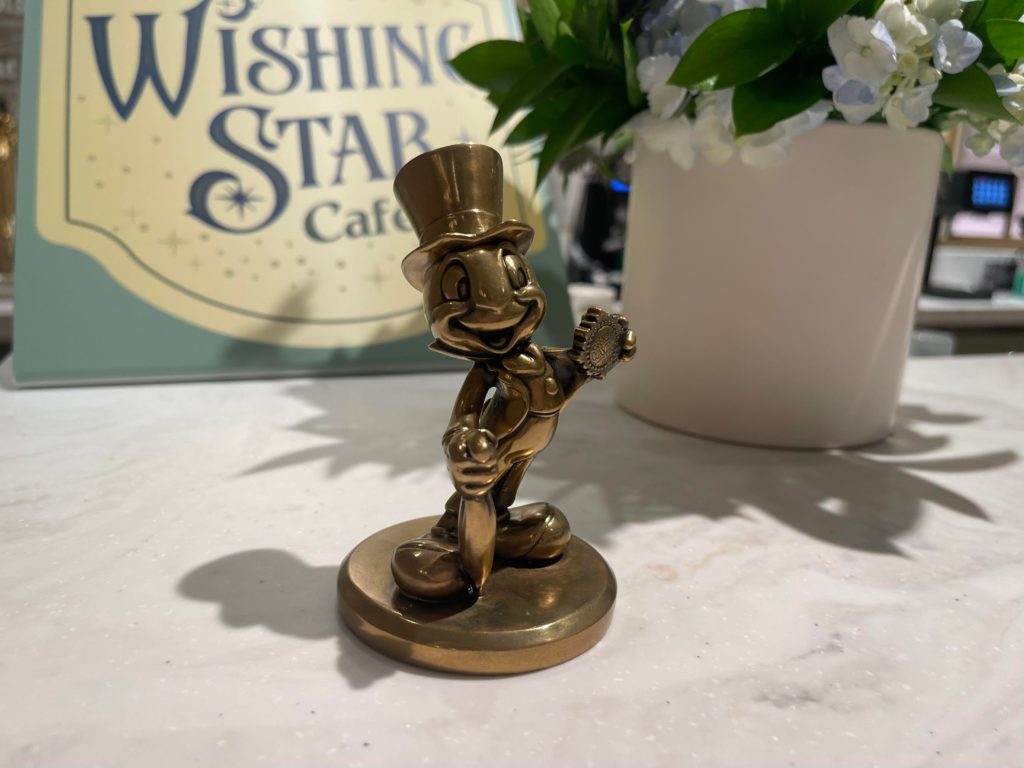 The Disney Wish certainly pushes Disney Cruise Line ships to a new place in grandeur and onboard activity fun, especially in its offerings for kids and its dining options. Jiminy most certainly said it right, and we continue to marvel in what Disney imagineers and designers can pull off these days.