Disney live-action films perfectly capture storylines and immerse viewers into their intricate plots in part due to the incredible costuming. Today, a new exhibit opens celebrating this detailed artistry in “Heroes & Villains: The Art of the Disney Costume” presented by Walt Disney Archives. 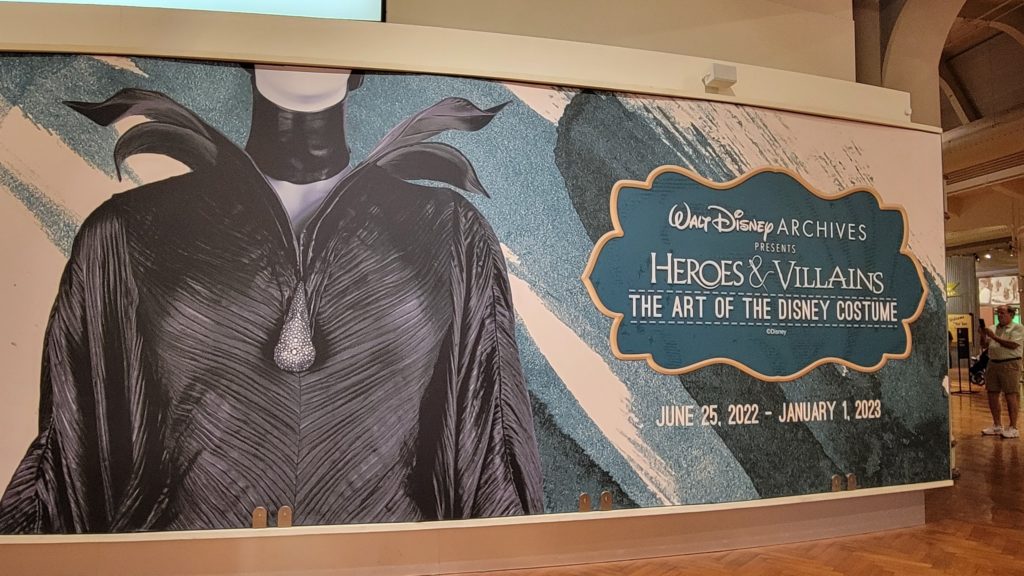 With decades-old ties to Walt Disney himself, it seems fitting that the showcase makes its first stop at The Henry Ford Museum of American Innovation in Dearborn, Michigan. The run lasts until January 1, 2023. Luckily, we were able to experience the exhibit during a special preview for members of the museum yesterday. 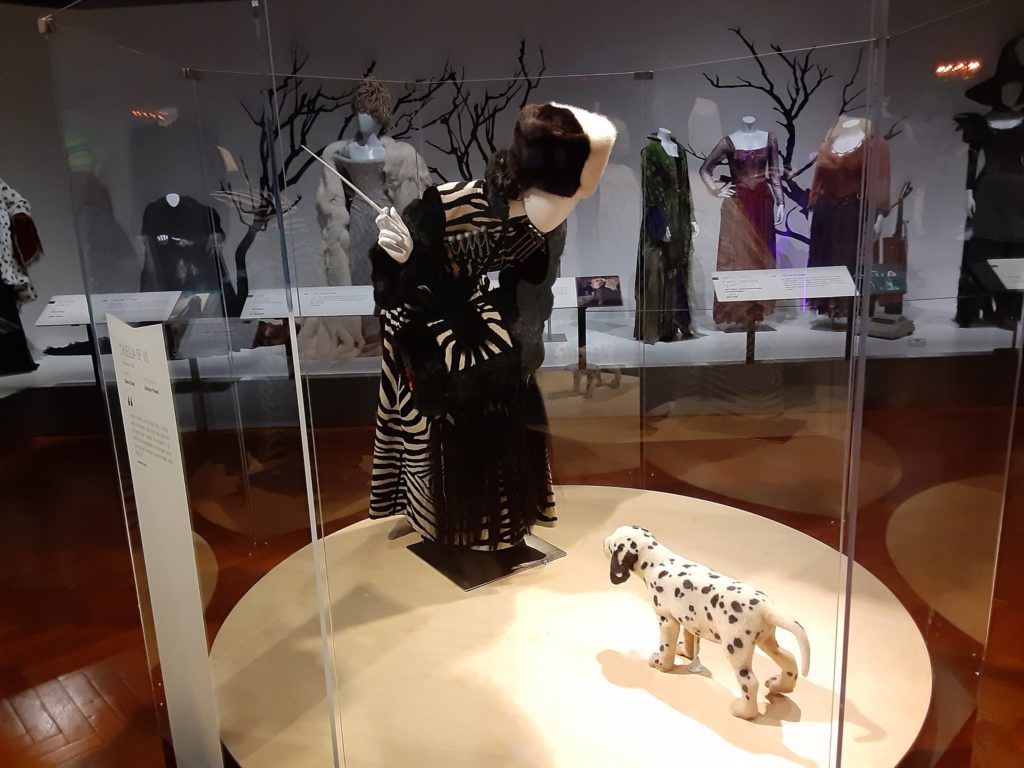 Ensembles from 2000’s “101 Dalmatians” really caught our eye with the eccentric looks created for Curella de Vil on full display. The collection includes 79 costumes used in 32 films, according to The Henry Ford’s informational website. The works also showcase the remarkable talents of 24 different costume designers in ensembles created for over 70 actors. 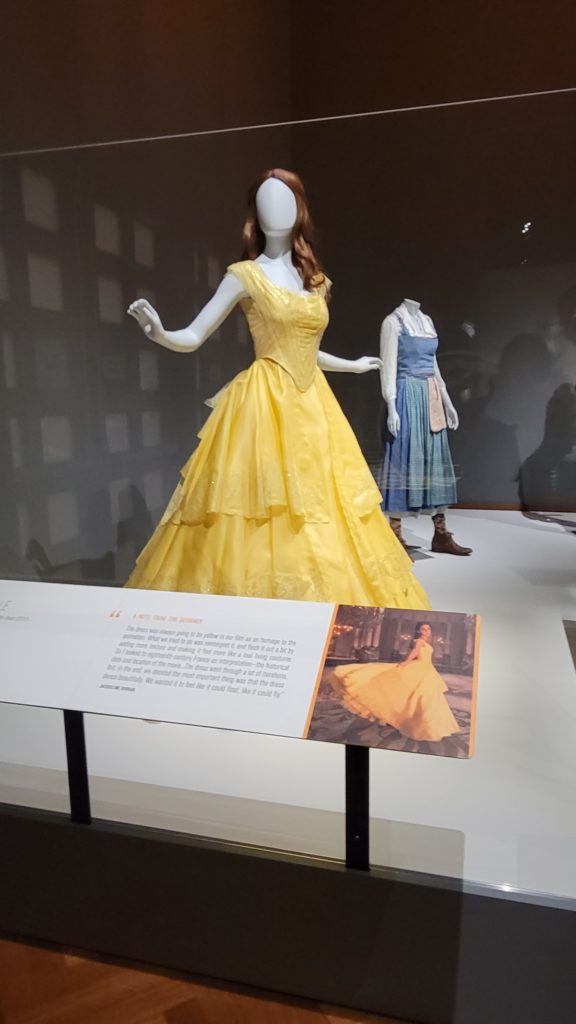 Of course, the ballgown details took our breath away. The collection celebrates Emma Watson’s gold-hued dress from 2017’s “Beauty and the Beast” as well as the gowns from 2015’s live-action “Cinderella.” 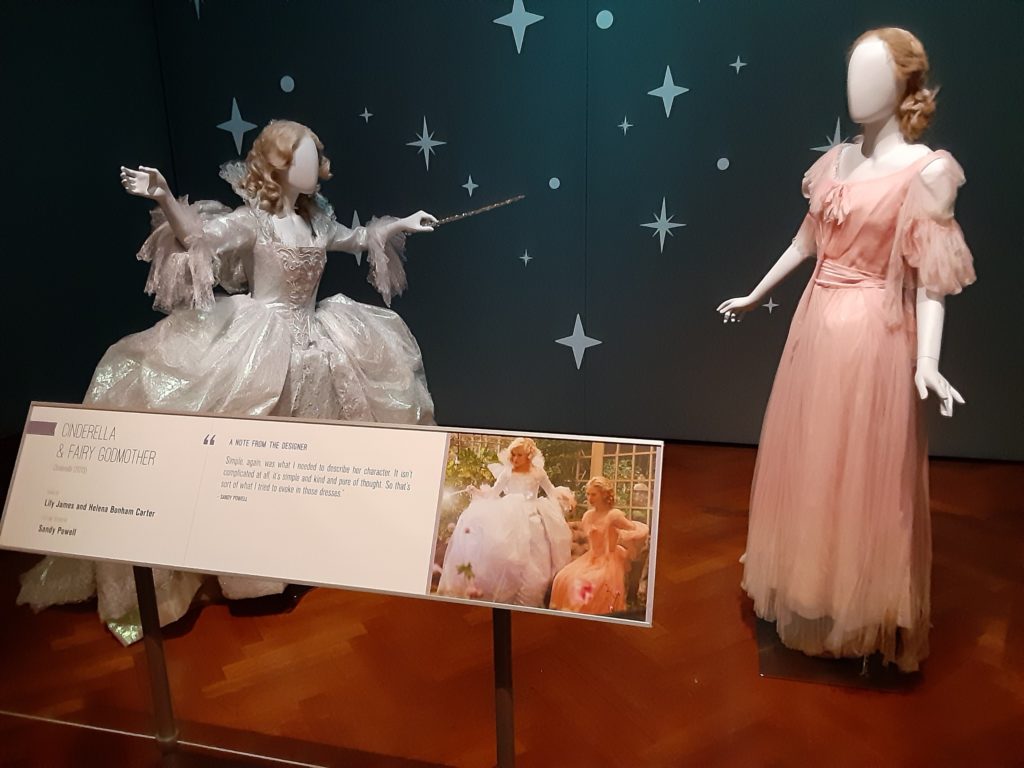 The Incredible Challenge of Costuming an Icon

Perfectly capturing the magical moment in which Cinderella prepares for the ball, one scene includes Helena Bonham Carter’s elaborate Fairy Godmother gown as well as Lily James’ simple dress. The movement in this display stood out amongst the others. 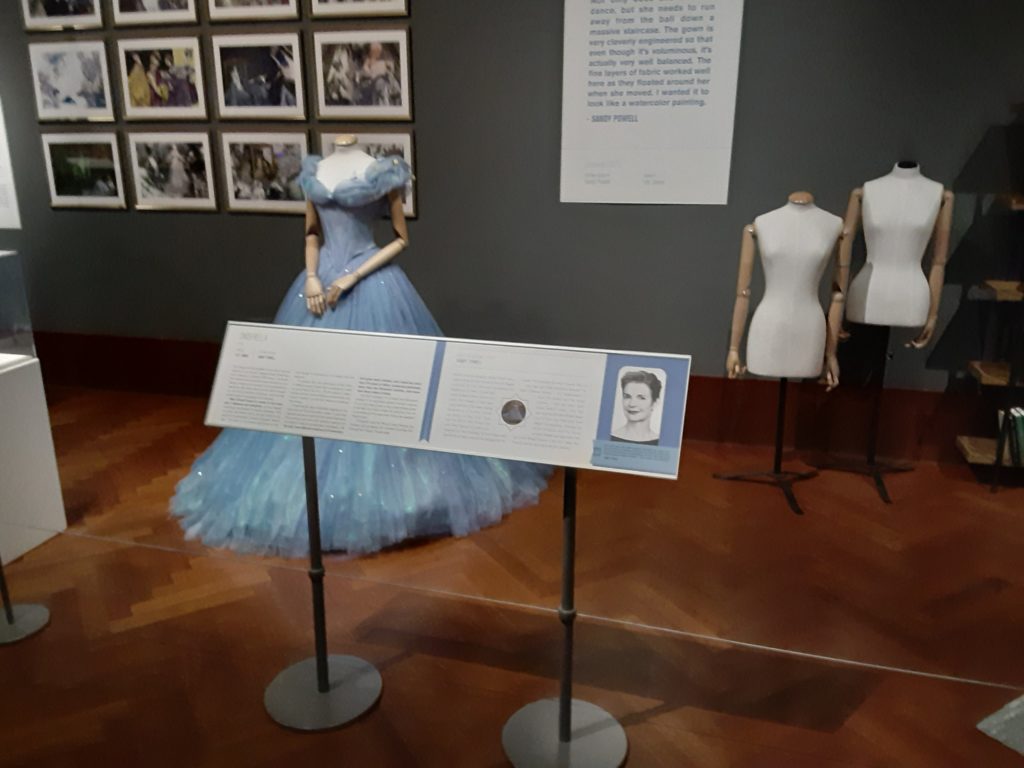 With lightning to emphasize the shimmering details, Lily James’ epic Cinderella ballgown sparkled even from a distance. This space also highlighted a number of facets of the design process leading to the creation of the iconic dress, designed by Oscar award-winner Sandy Powell. 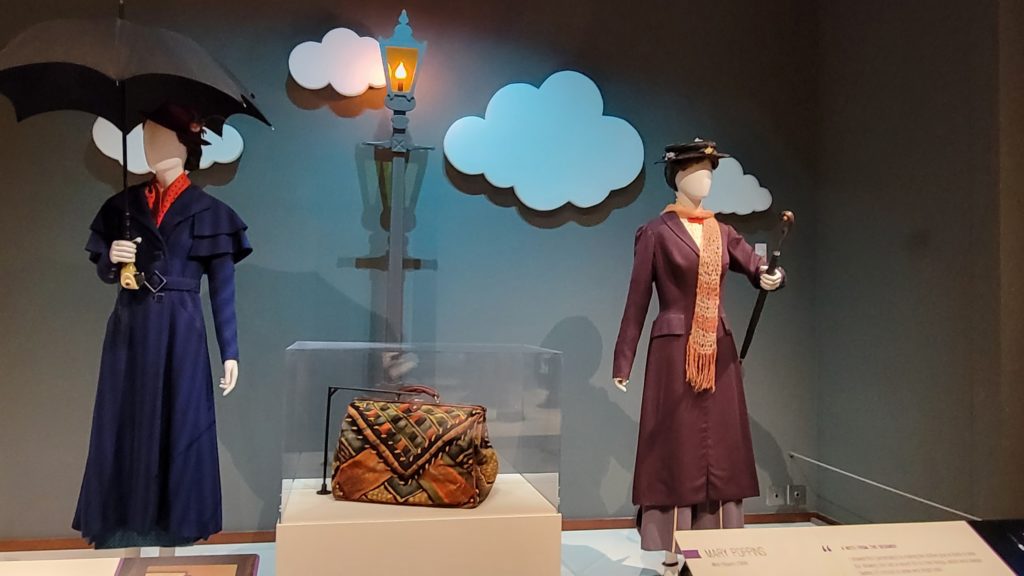 Shifting to more functional ensembles, the exhibit also displays the traveling dresses of such a “practically perfect” nanny, Mary Poppins as well as her magical carpet bag. Shown side-by-side, the outfit worn by beloved Julie Andrews in the 1964 “Mary Poppins” as well as the more modern dress worn by Emily Blunt in 2018’s “Mary Poppins Returns” highlight the evolution of the beloved character. 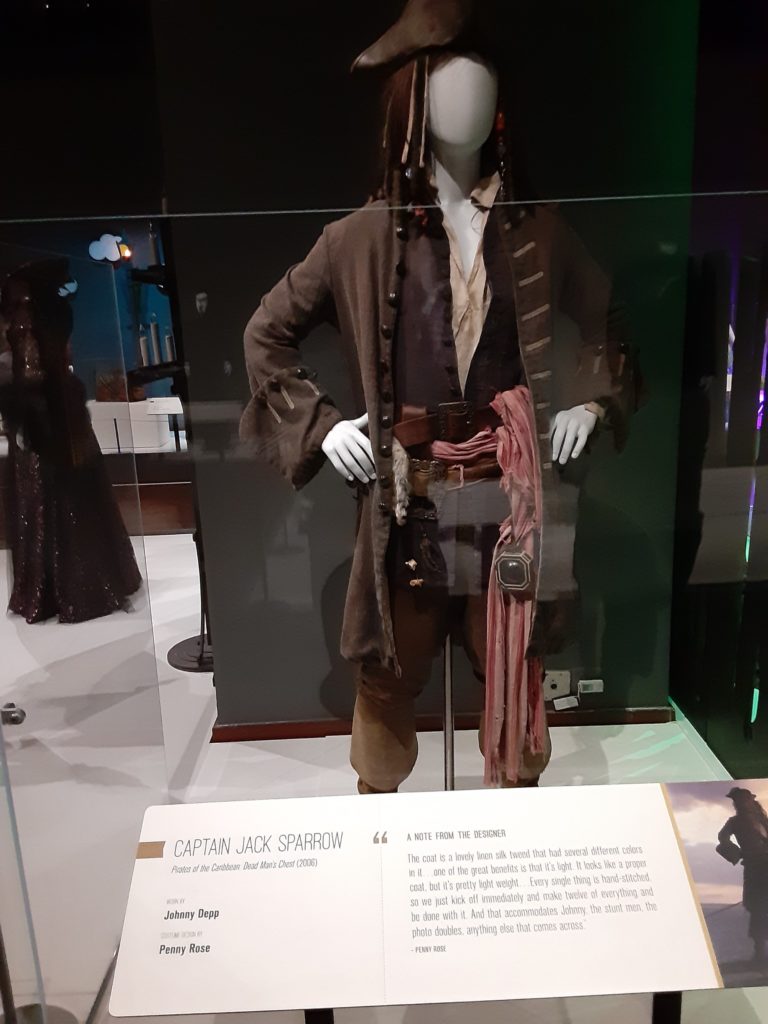 With notes from the designers accompanying each piece, the exhibit teaches guests a wealth of information about the extensive thought that each costume entails. Among other highlights, the exhibit features the bold outfittings of Jack Sparrow, the dresses of the Sanderson Sisters from “Hocus Pocus” and ensembles worn by both Hook and the Evil Queen from the popular ABC television series, “Once Upon a Time.”

Costumes and History Collide at Museum 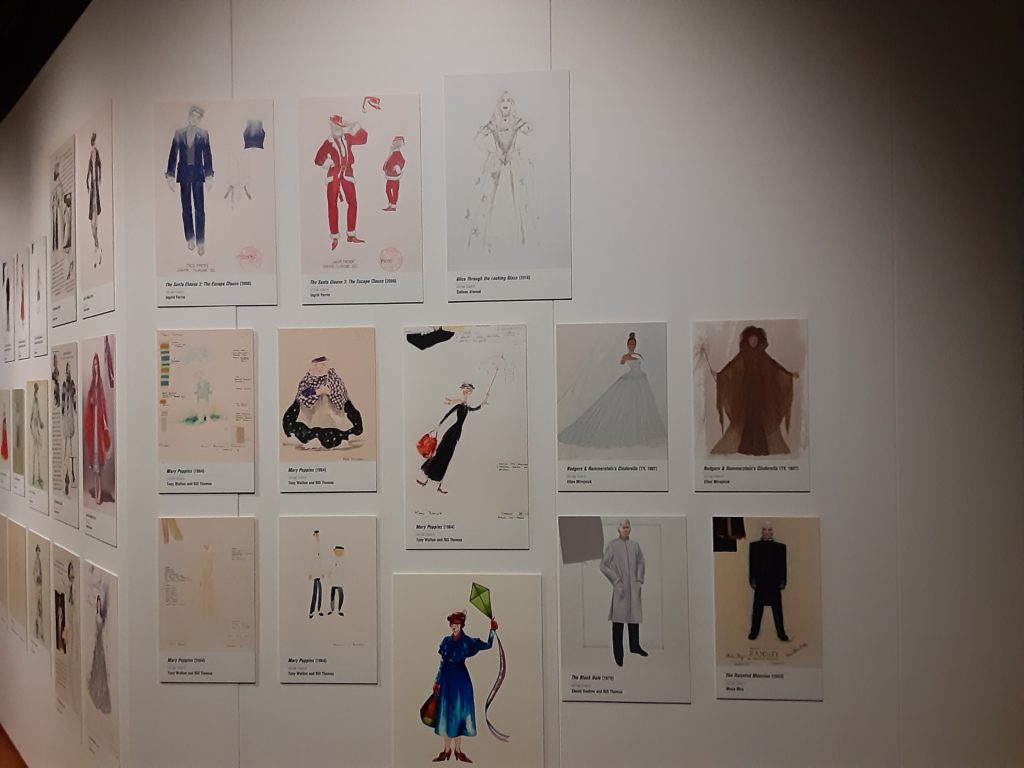 Those planning to visit the exhibition will want to save much time to explore all of the detailed sketches and explanations. The Henry Ford also plans to present a Disney films periodically during the exhibit’s stay in their giant screen theatre, offering sensory-friendly viewing opportunities for the films as well as the exhibit itself on select days. Of course, true to the museum’s typical and engaging programming, the exhibit also features interactive, immersive opportunities to add to the experience. 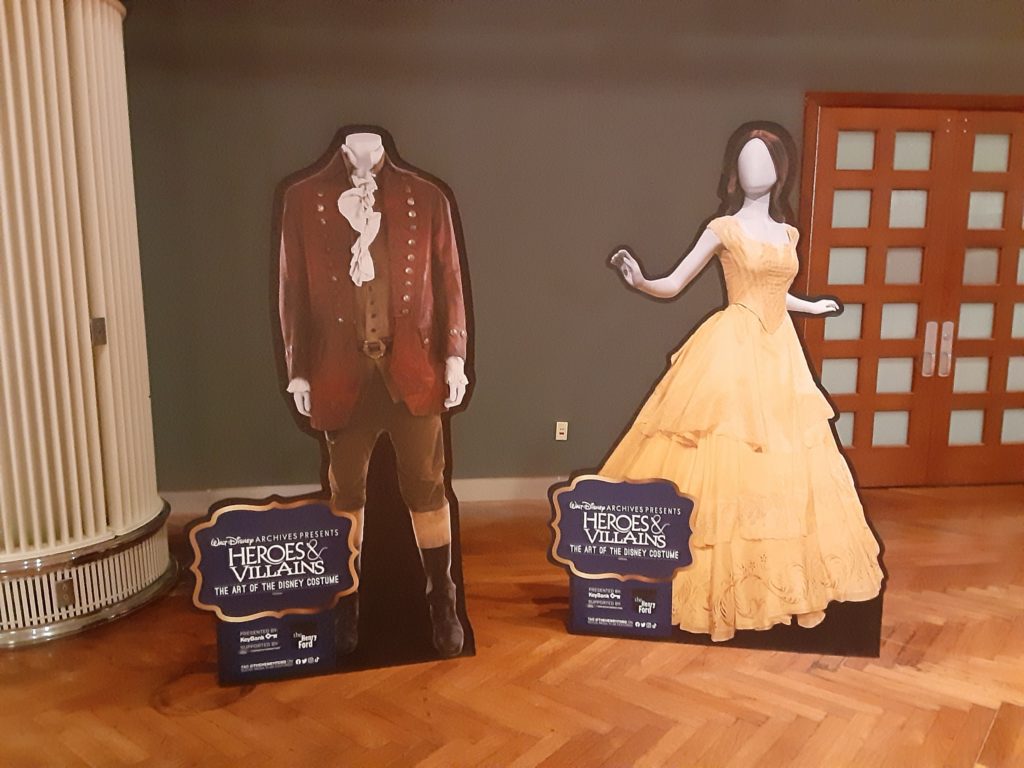 If this will be a first visit to the Henry Ford Museum and the neighboring Greenfield Village, make sure to plan for a couple of days to really immerse yourself in the abundance of history captured. For more information on the exhibit, visit The Henry Ford’s informational website.