Let the fanfare begin! The latest ship in the Disney Cruise Line fleet, the Disney Wish has officially arrived at Port Canaveral and will embark on its maiden voyage on July 14th.  The Disney Wish is a celebration of nearly 100 years of enchanting Disney stories.  The ship is brimming with one-of-a-kind experiences inspired by Disney, Marvel, Star Wars and Pixar adventures.  The ship embodies the idea of visionary storytelling which can be seen in all of the incredible options you’ll find at sea- including dining venues like 1923 and Marceline Market!

Let’s take a closer look at both of these awesome options: 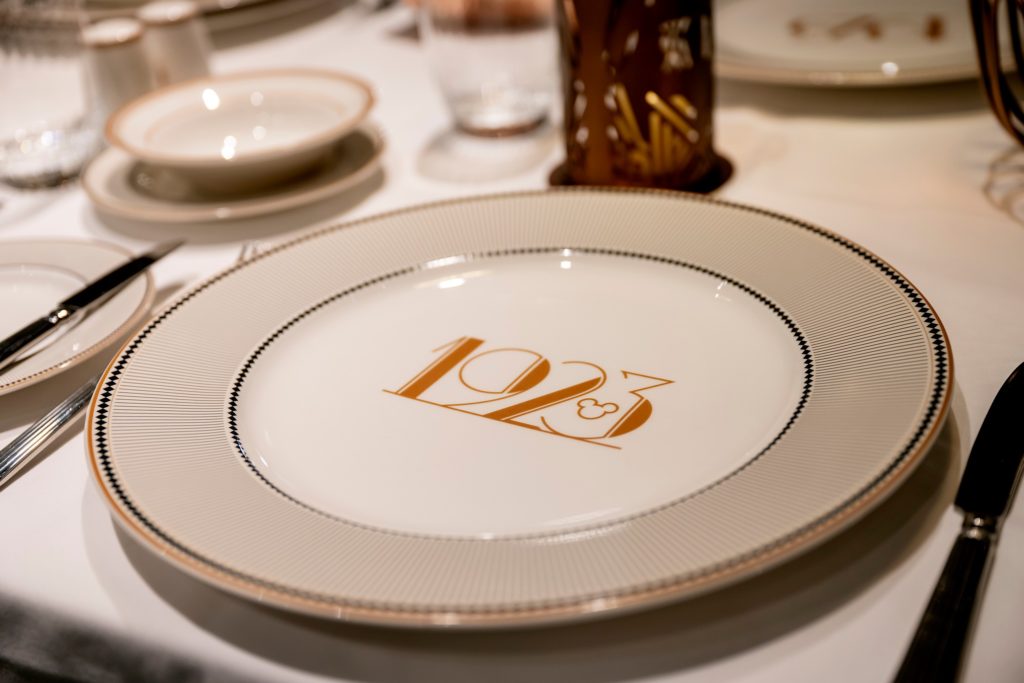 Animation is at the heart of everything The Walt Disney Company does.  When Walt and his brother Roy started the company on October 16, 1923, it was the first cartoon studio in Hollywood.  The rest is history and it would go on to revolutionized the entertainment industry.

1923 is one of three main dining venues and takes its name from the year The Walt Disney Company was founded. The restaurant combines classic Hollywood glamour with a dash of Disney whimsy and a look at the evolution of Disney Animation.

A great example is the ornate glass cases that you’ll find around the restaurant with over 1,000 drawings, props and other items that showcase 16 Disney films which served as the inspiration for the Wish’s themes of enchantment and wish fulfillment. It’s these stories that also hold a significant role in the history and legacy of the company. 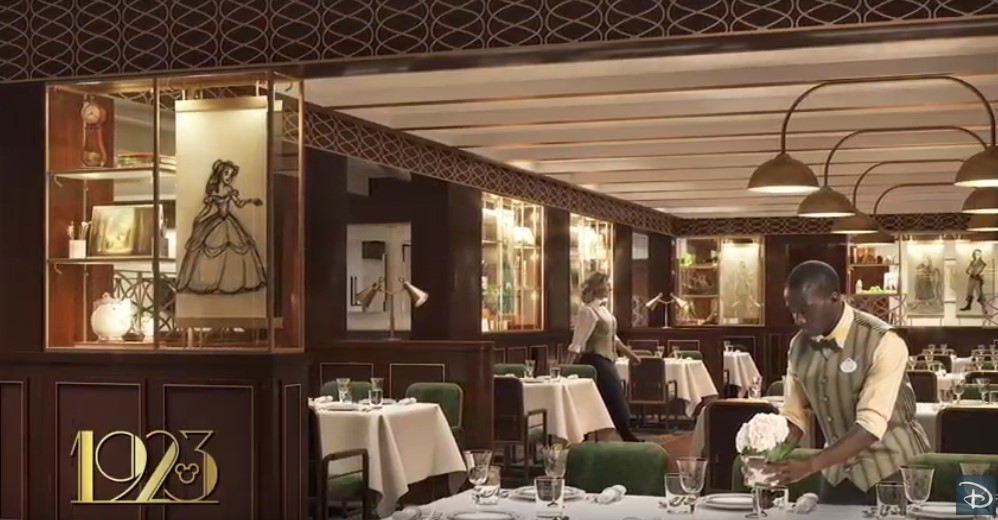 1923 aboard the Disney Wish
Credit: Disney

Films represented in the stunning display cases at 1923 includes: 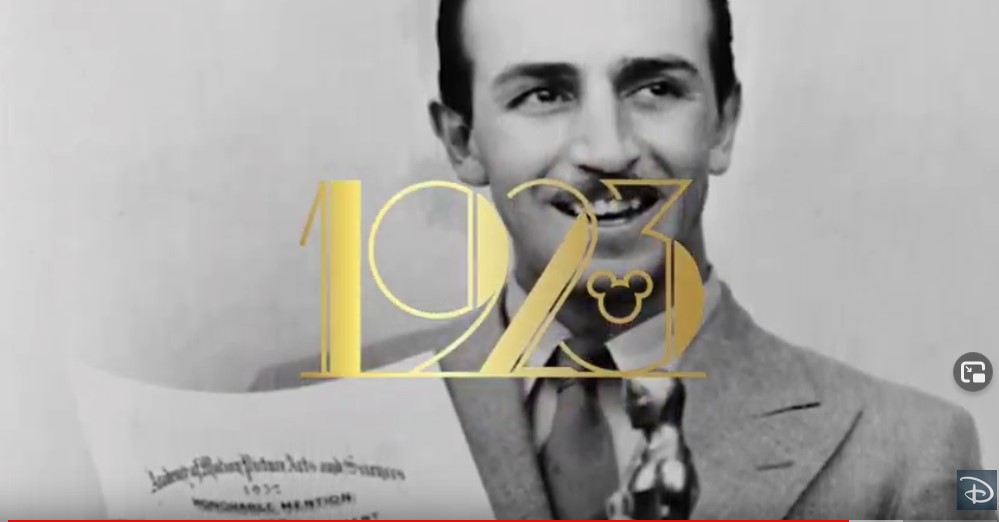 1923 aboard the Disney Wish
Credit: Disney

Your 1923 dining experience is sure to be a highlight of your Disney Wish sailing.  The menu pays tributes to the company’s California roots with dishes inspired by a fusion of Golden State flavors.  The menu reflects the diversity found in the state with a delicious blend of Asian, European and South American cuisines.  The eatery also includes an impressive Wine List featuring a wide variety of Napa Valley wines. 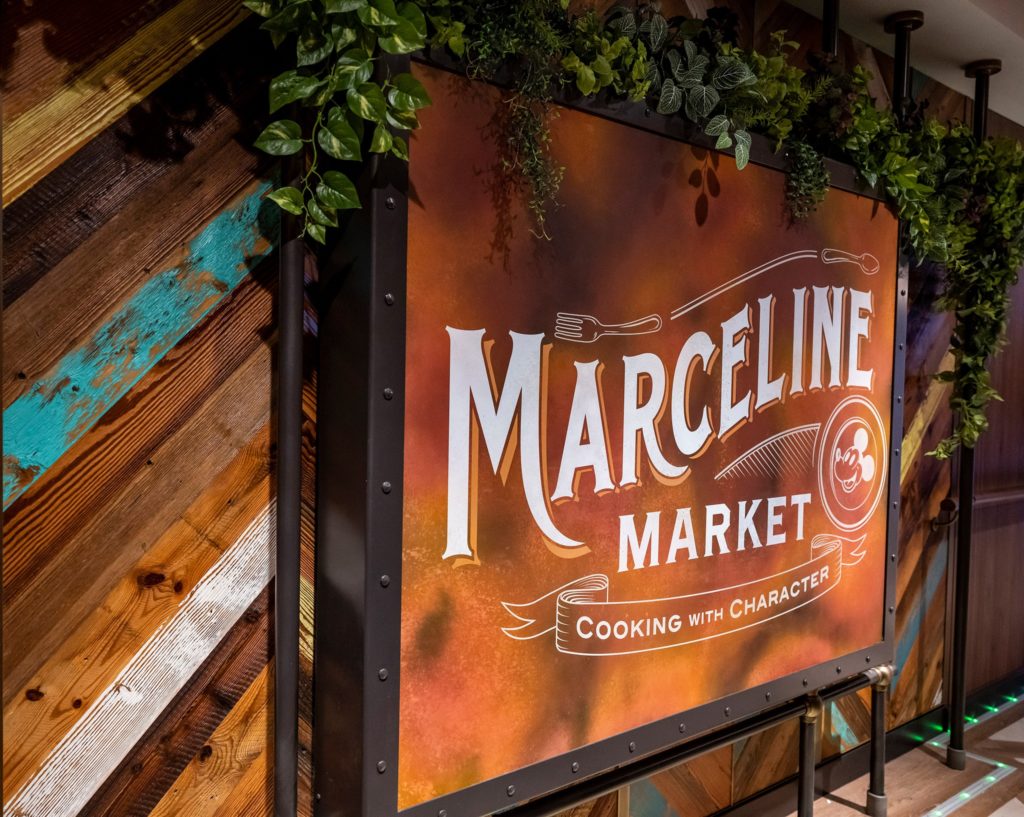 Before he became an entertainment pioneer, Walt was a young boy growing up on a farm in Marceline, Missouri.  Walt’s time in Marceline would go on to inspire many of the stories he would tell and is where he developed a love for animals and steam trains.  To this day, Marceline continues to serve as an inspiration for Disney films and theme parks attractions.  Most notably it is the inspiration behind Main Street U.S.A. 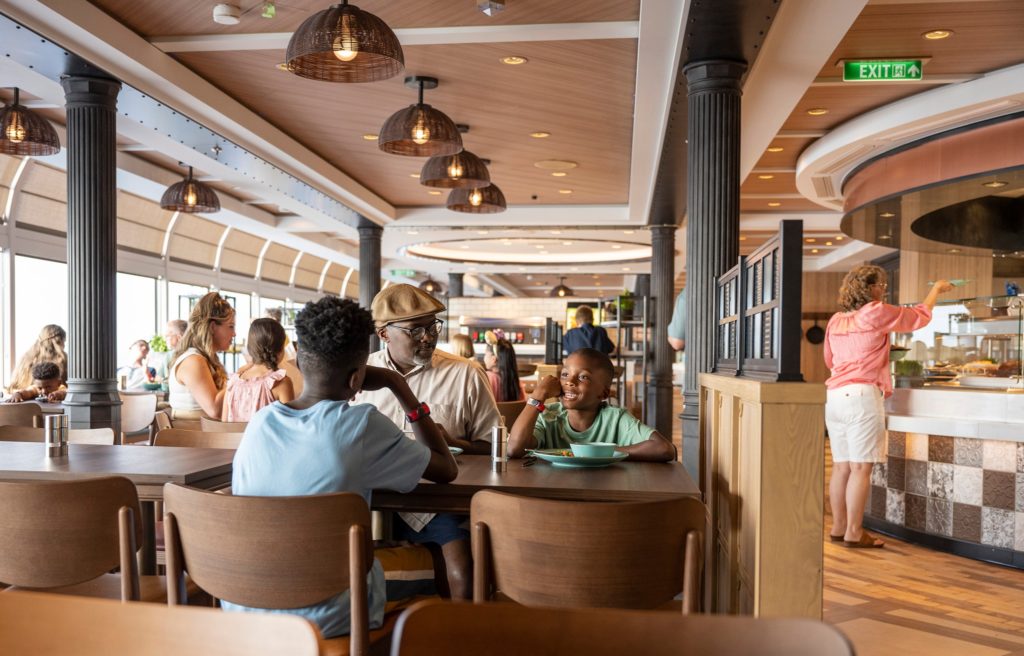 This stylish food hall is where Disney Wish guests will go to enjoy casual, walk-up dining throughout the day. Each of the 10 food stalls is themed to an animated story. Represented are classics such as Alice in Wonderland to more recent offerings like Zootopia.  The design presents some of your favorite Disney characters as honorary shopkeepers. 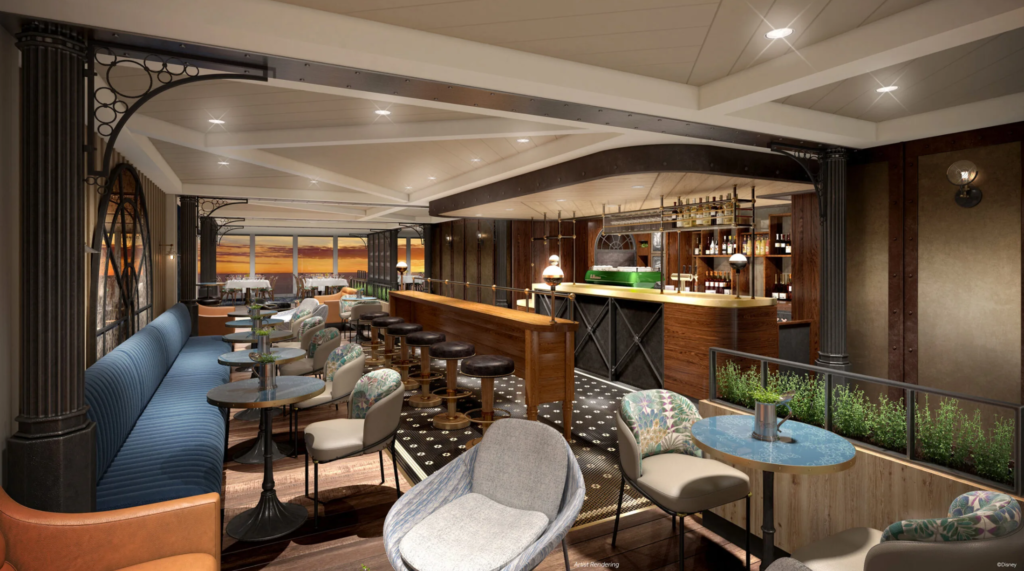 Do all of these delicious details leave you hungry for more Disney Wish news? Tune in next Wednesday (June 29) at 11 am EST to see a livestream of the christening of the new ship.

Readers are encouraged to keep following along with MickeyBlog for further Disney Cruise Line news and updates!

Did you know? Disney Cruise Line packages are currently available to book through Summer of 2023.

With new policies and procedures in place during the year ahead, there’s never been a better time to work with an Authorized Disney Vacation Planner who can help you navigate through Disney Cruise Line’s new way of doing things!  I’ll be on hand to assist with everything from finding that perfect sailing and stateroom to making the most of your time at sea.  Best of all- my services are ABSOLUTELY FREE!