To Infinity and Beyond! This past Friday, an evening of NASA STEM activities was hosted by Vice President Kamala Harris and Second Gentleman Douglas Emhoff at the Naval Observatory for military families and local students and their families. This amazing event was then capped off with a special screening of Disney Pixar’s Lightyear.

Students between 4th and 8th grade were inspired by three different hands-on STEM activities provided by NASA. These activities encouraged the children to engage with the science, technology, engineering and math behind NASA’s missions.

Marshburn recently returned with NASA’s SpaceX Crew-3 from the International Space Station and was the NASA technical consultant on Disney Pixar’s Lightyear film. Also in attendance with Kamala Harris for the NASA Lightyear event were Lightyear actors Keke Palmer and Uzo Aduba. 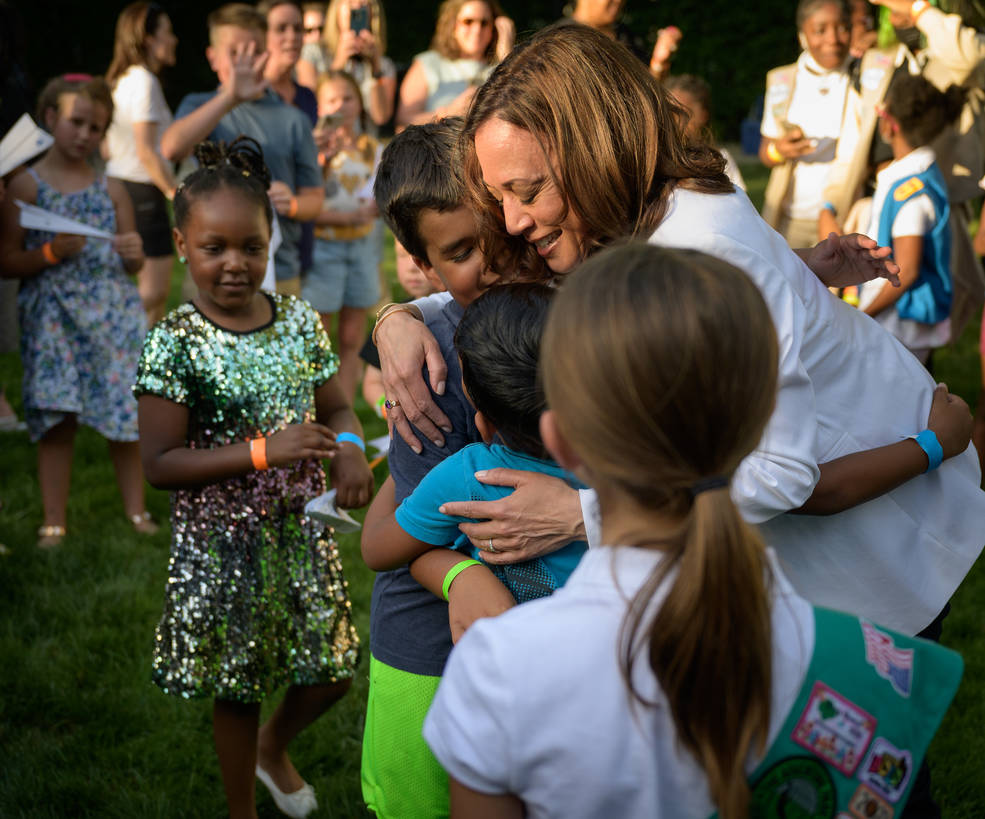 Vice President Kamala Harris hugs children that participated in hands-on STEM activities on the grounds of the Vice President’s residence at the Naval Observatory, Friday, June 17, 2022, in Washington. The Vice President and Second Gentleman hosted an evening of NASA STEM activities at the Naval Observatory for military families and local STEM students and their families, including a special screening of Disney Pixar’s Lightyear. Photo Credit: (NASA/Bill Ingalls)

“It was wonderful to work on these STEM activities with a bright young group of future leaders showcasing the exciting work we’re doing at NASA in STEM and in space,” said NASA Astronaut Thomas Marshburn. “This next generation – the Artemis Generation – will build on the work we’re doing today to get us to the Moon and Mars, and it all starts here with inspiring young people on Earth.”

Through NASA’s Office of STEM engagement, the agency makes investments in engaging students, educators, and educational institutions to attract diverse groups of students to STEM for a diverse set of students to contribute to NASA’s work and build a diverse future STEM workforce. OSTEM’s Next Gen STEM project focuses on NASA’s efforts to engage K-12 students, including those traditionally underrepresented and underserved, and provides support to informal educational institutions.

NASA also engages and inspires the next generation through STEM collaborations as the country prepares for human exploration of the Moon. NASA’s Artemis program will land the first woman and the first person of color on the Moon, using innovative technologies to explore more of the lunar surface than ever before. NASA will then use what they learn to take the next giant leap: sending the first astronauts to Mars.

U.S. leadership in science and technology depends on increasing student STEM engagement and as Chair of the National Space Council, the Vice President has made it a priority to ensure the Administration is inspiring future scientists, engineers, mathematicians, and explorers.