Unique Marvel Merch Zips Into Creations Shop and Port of Entry at EPCOT!

Some unique Marvel merch has zoomed into the gift shops at Disney World’s Epcot park! Yondu’s Fin and arrow have shown up at Creations Shop  and a special Mjolnir keychain from Thor’s next film has appeared at the Port of Entry! 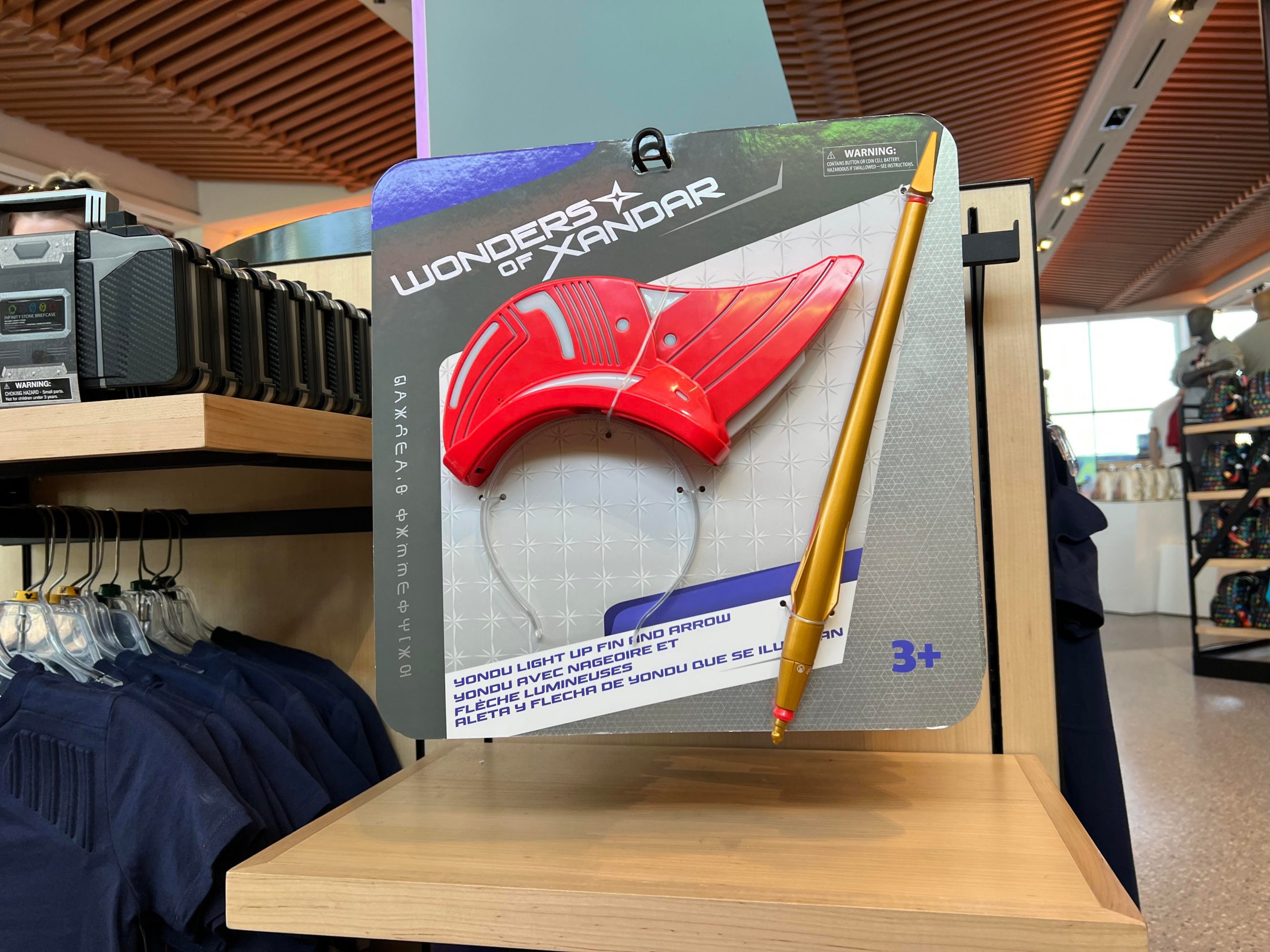 Yondu would play the role of a step-father of sorts to Peter Quill, yet the two would clash on many occasions. It was the second film in which Yondu redeemed himself from his past failures sacrificing his life for Quill gifting him a spacesuit before succumbing to the coldness of space.

The Wonders of Xandar line is now replicating Yondu’s infamous fin and arrow! Guardians fans will immediately recognize the fin and arrow which were Yondu’s main form of weaponry in both films. The fin was implanted into Yondu in the second film, and Yondu’s trademark whistle would maneuver the arrow to annihilate his enemies! 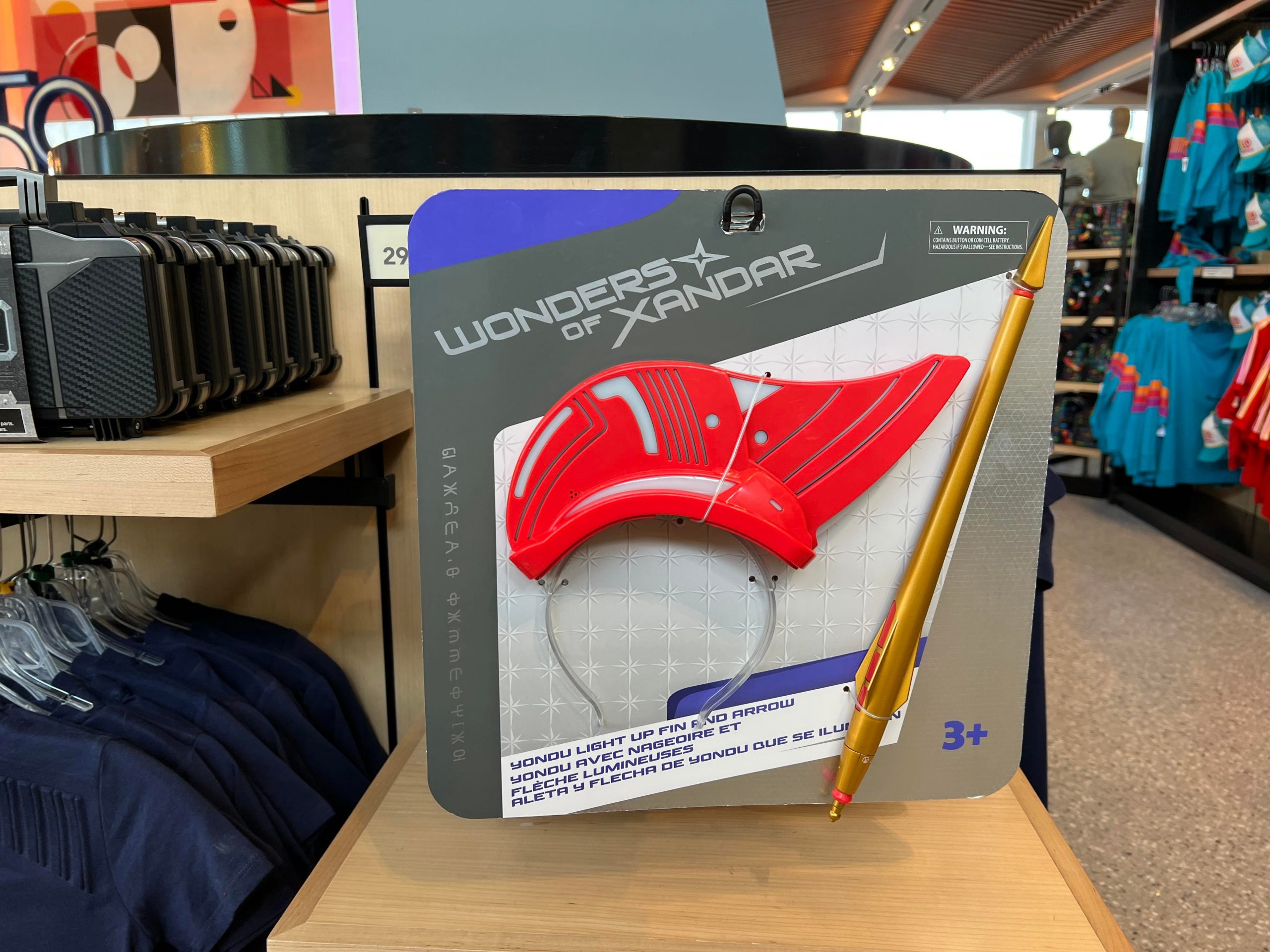 Yondu’s fin and arrow follow the same color palette used in the films. Additionally, both the fin and arrow light up and make sounds, allowing fans of all ages to recreate Yondu’s epic battle scenes. These items are usually limited so come to the creations shop to pick up one now!

The next bit of Marvel merch now available at Port of Entry is a new Thor: Love and Thunder Mjolnir keychain! With Thor’s next adventure set to release in a few short weeks, this wonderfully little keychain provides a great souvenir for the avid Marvel fan! 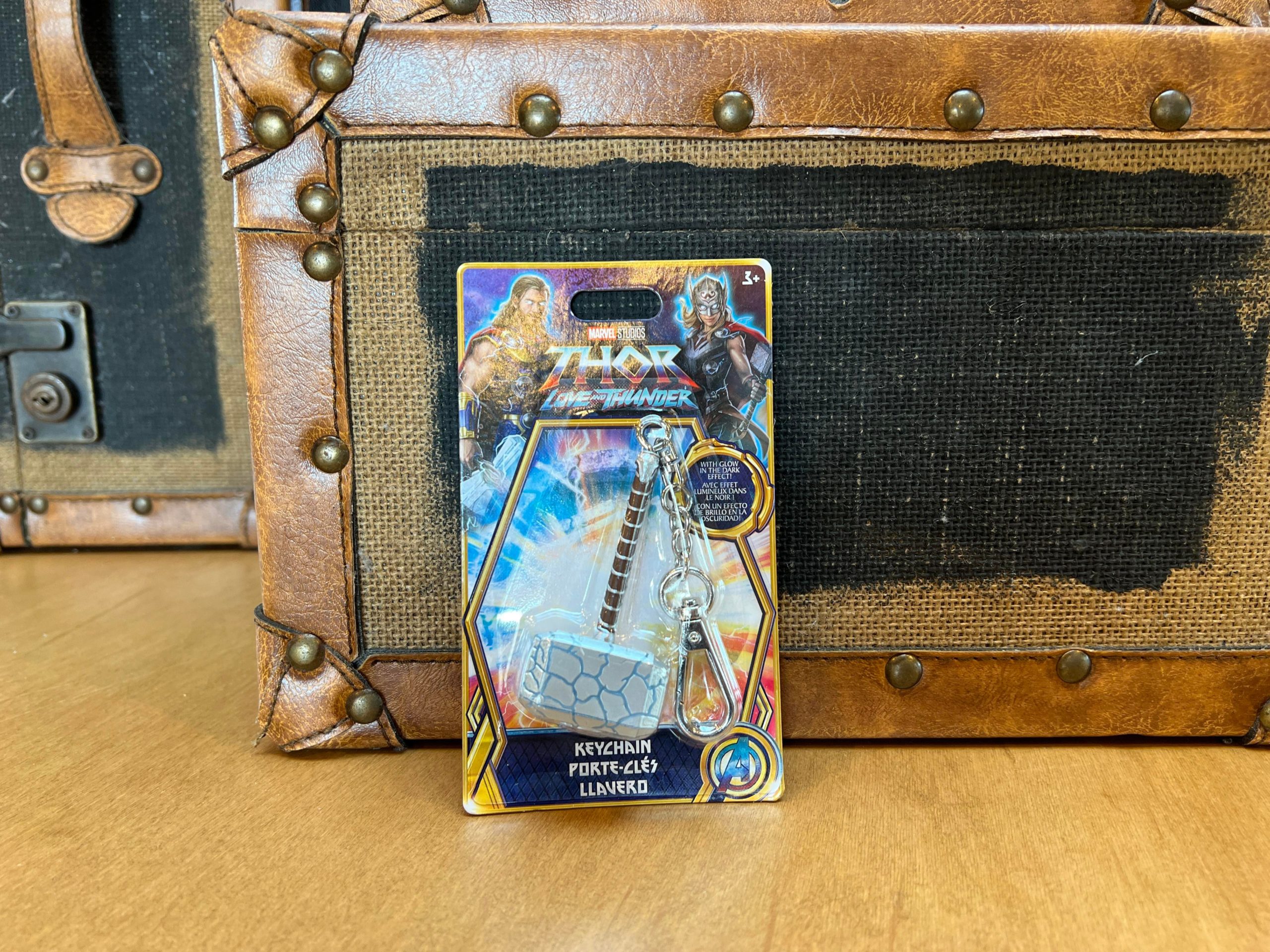 Thor’s next adventure has been described by some as a journey of self-discovery. Thor must reunite with past friends and even a past flame to take down one of his most threatening foes yet, Gorr The God Butcher. Among the many returning characters is Thor’s ex-girlfriend Jane Foster who now wields Mjolnir to become The Mighty Thor!

The keychain mirrors how Mjolnir will appear in the film. Adorned with mysterious cracks along the surface, we have yet to find out how Mjolnir has been reassembled following its destruction at the hands of Thor’s sister Hela. The Keychain is an awesome little treasure that any Thor or Marvel fan would adore. 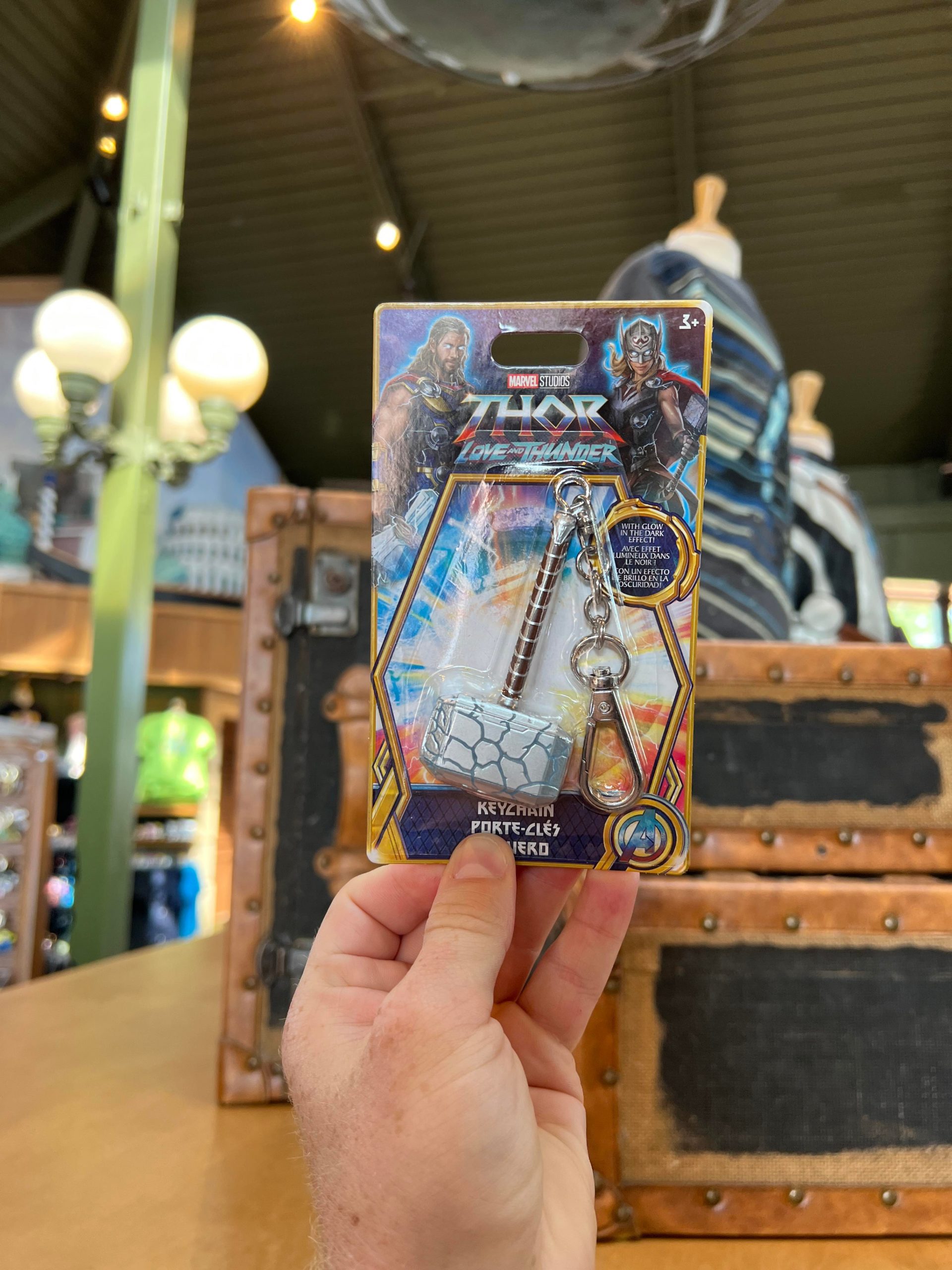 The little chain is currently available at the Port of Entry gift shop for $14.99! How long they will stay in the shop varies so make sure you get yours today!

Interested in more updates for the numerous Disney shops scattered around Walt Disney World? Keep following us here! We regularly post new inventory as it comes in, so don’t miss out on more Unique Marvel merch!