Another shipment of outstanding Marvel figures has now landed at Super Hero Headquarters in Disney Springs! Multiple figures from Thor: Love and Thunder’s Marvel Legend Wave and some New Funko Pops have arrived!

The debut of Thor’s next electrifying adventure is almost here with Thor: Love and Thunder! The film will follow Thor as he goes on a journey of self-discovery while working with old friends. Including his old flame Jane Foster who now wields Mjolnir as The Mighty Thor. Can the two reconcile to defeat Gorr The God Butcherer? 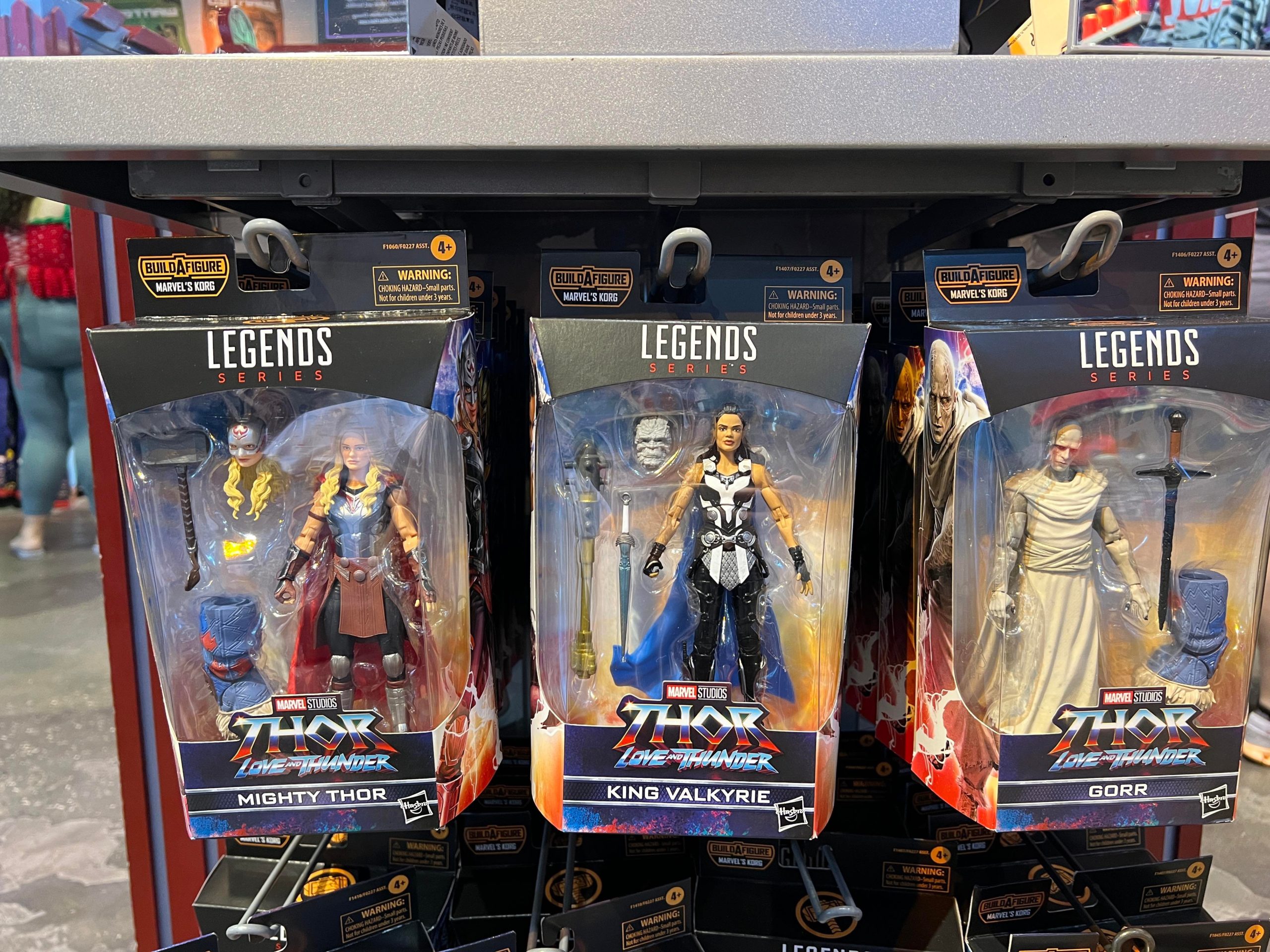 Part of the new Marvel figures appearing at Super Hero Headquarters are those featured in the Thor: Love and Thunder wave of Marvel Legends. These figures are stunning and are almost direct replicas of the designs used in the movie. The total wave includes Mighty Thor, King Valkyrie, Gorr, Ravager Thor, Groot, Thor, and Star-Lord.

Each of the figures comes with a piece of Korg! Collect each of the pieces to build a Korg figure that can stand beside your Love and Thunder Marvel Legends! The Mighty Thor figure looks particularly great with interchangeable heads that allow you to move Thor into battle with her helmet while wielding Mjolnir! 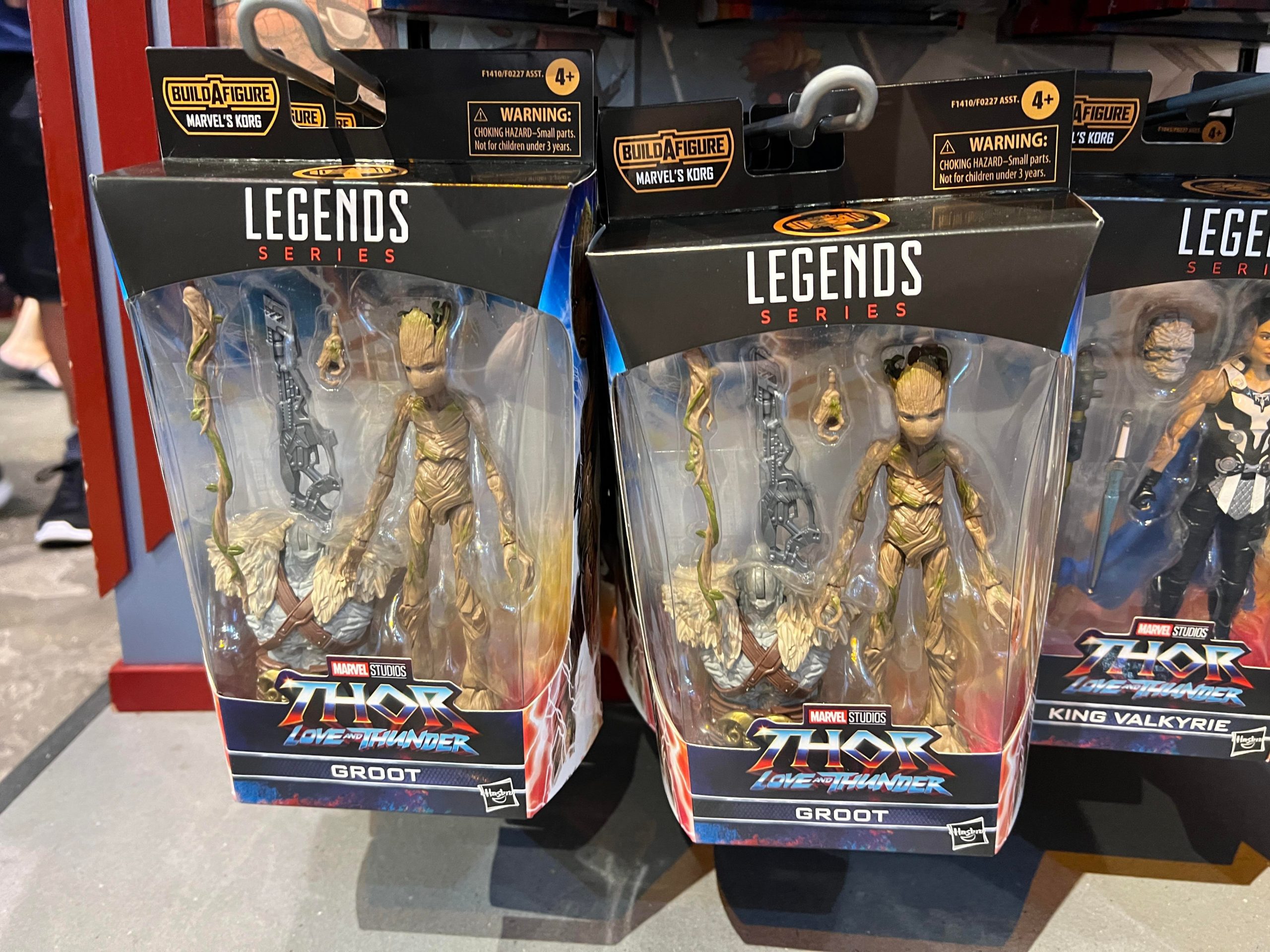 While perusing the amazing figures at Super Hero Headquarters, we also got a look at another Marvel legend from the Love and Thunder wave in everyone’s favorite talking tree Groot! While we have not seen Groot in much of the promotional material surrounding the film, it appears that Groot will be a little older and still in his teenage years!

Groot is accompanied by extra weapons in the form of a gun and wooden spike, while also having Korg’s torso to add to the build a figure! Groot and the other Marvel Legends are retailing for the price of $24.99. 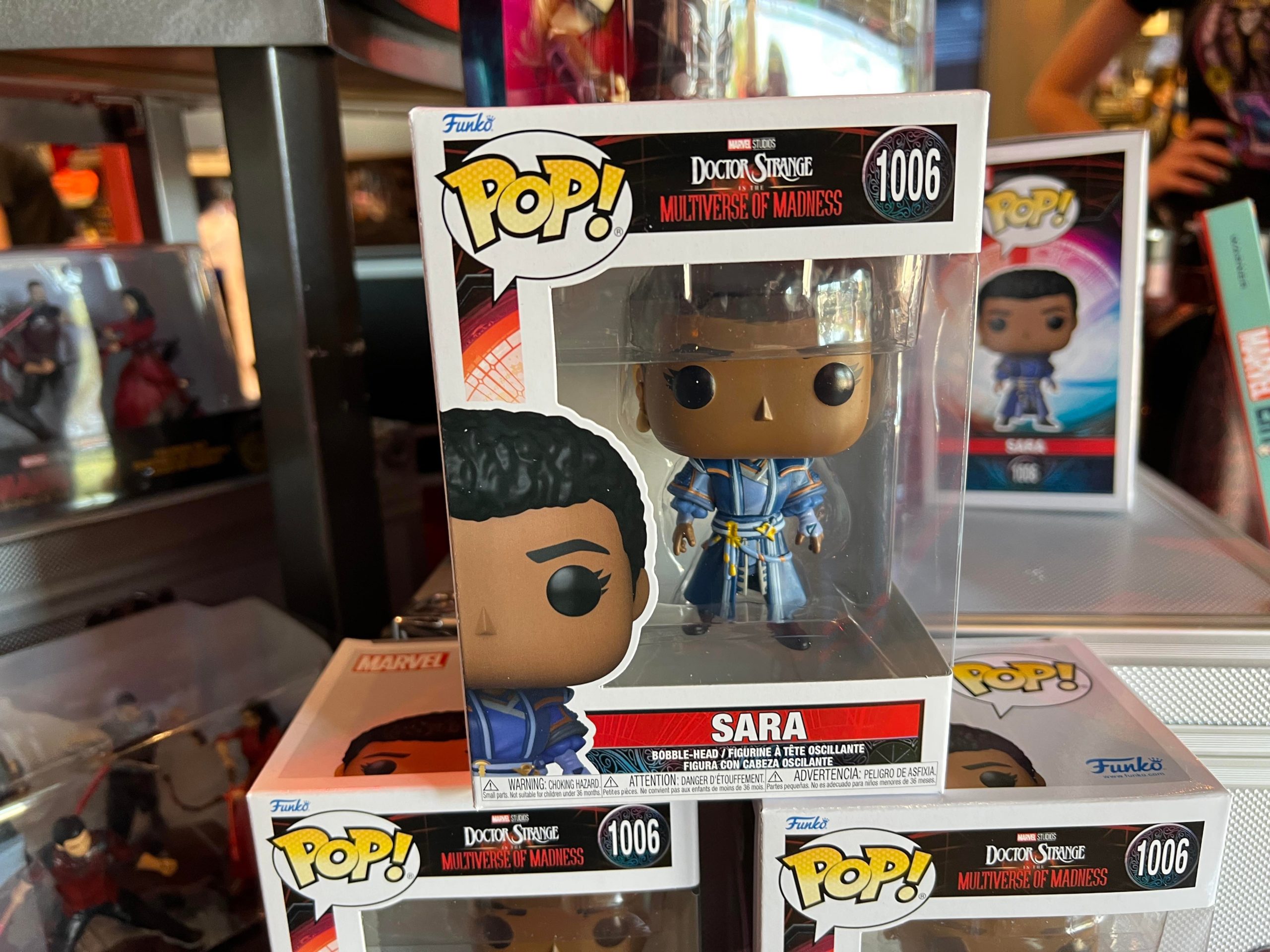 Marvel Legends weren’t the only figures we saw at Super Hero Headquarters, as some new Funko Pops also made an appearance! The Funko Pop is that of Sara Wolfe, Sara was a sorcerer who helped to defend the stronghold of Kamar-Taj from an attack from Scarlett Witch when she attempted to gain access to the Darkhold. 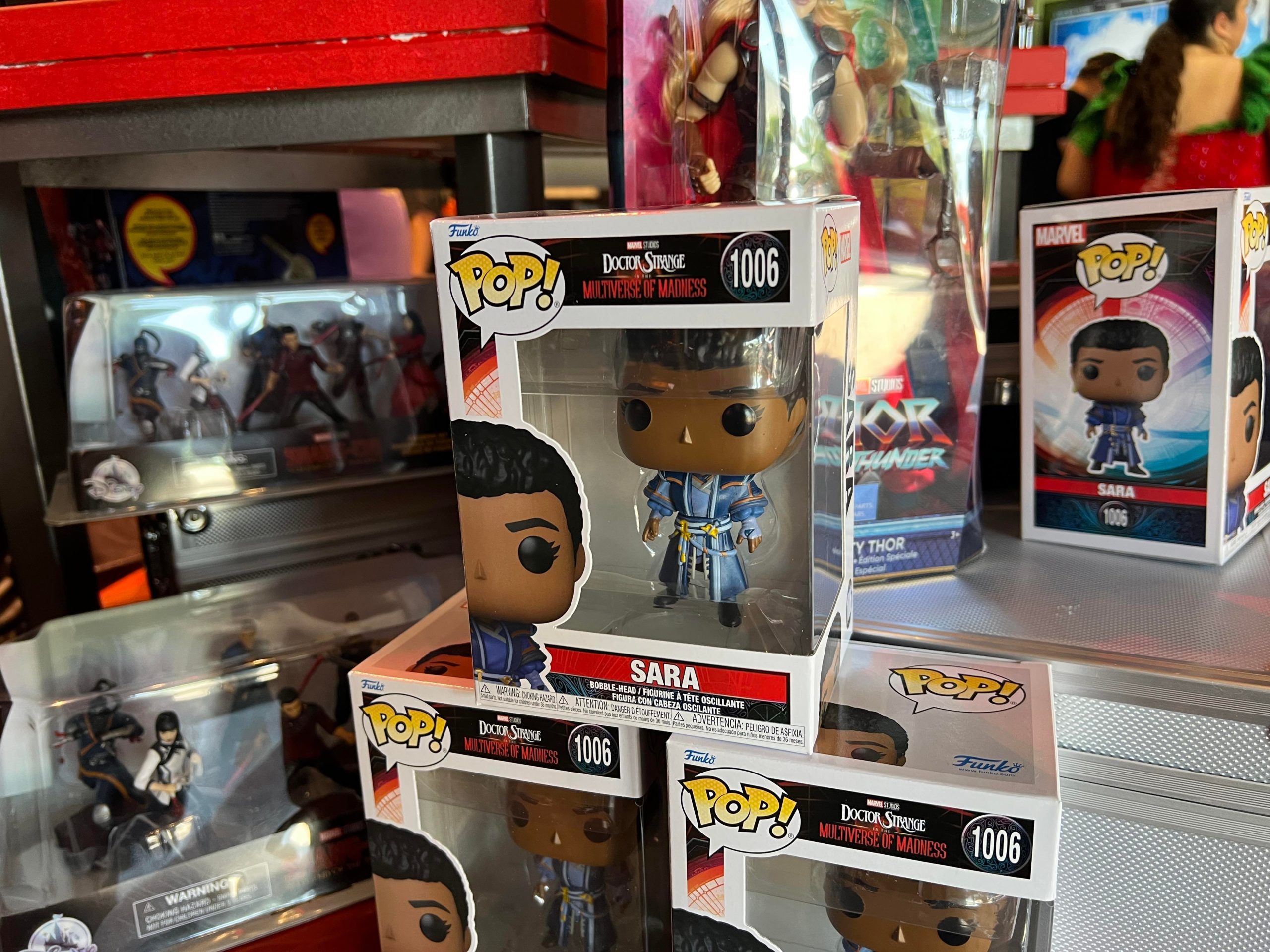 The Super hero headquarters at Disney Springs is full of amazing Marvel merch and is worth the trip for any Marvel fan to check out! We hope you can check it out and always follow Mickey blog for the latest updates to each of the park shops!