The 3 Biggest Changes to Finding Nemo: The Big Blue and Beyond

Yesterday, we had to chance to catch some preview performances of Finding Nemo: The Big Blue and Beyond ahead of its official opening on June 13th.

The production is as colorful, musical, and energetic as ever…but we immediately noticed three BIG changes to the overall show. Read on to find out how these changes affect the overall show, and what you can expect from this brand-new production! 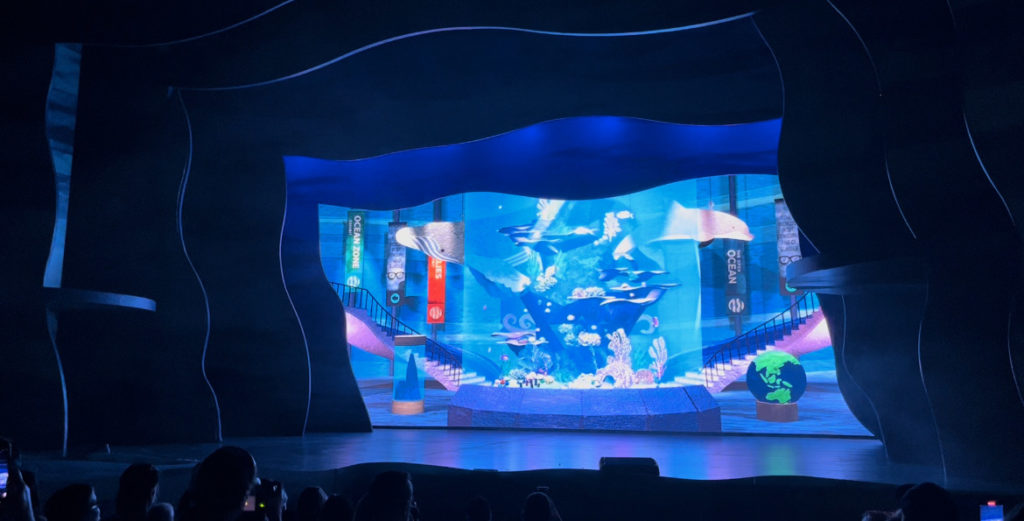 From the moment the curtain opens, it’s obvious that a massive LED screen has taken the place of a physical backdrop. Disney animators have worked to create brand-new animations for use throughout the new show. 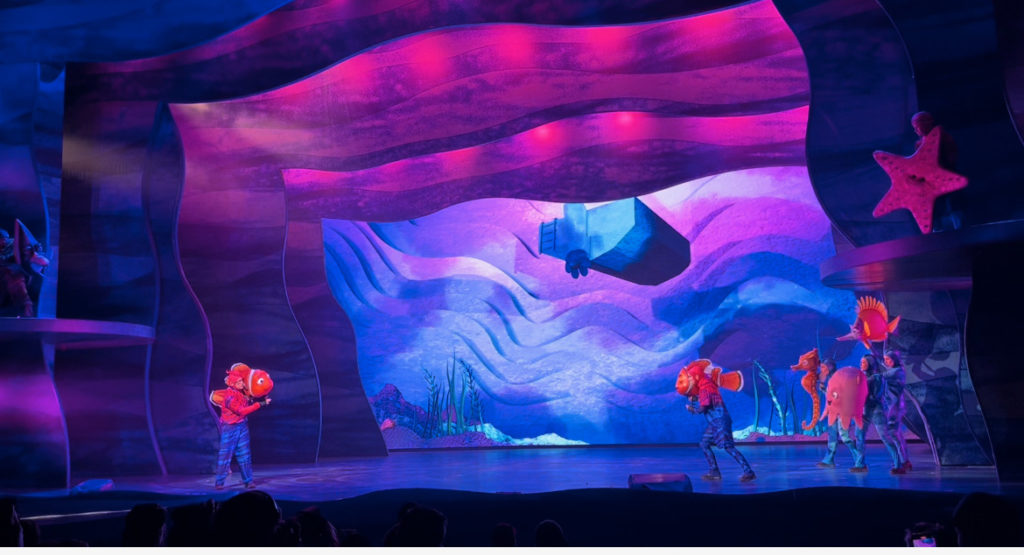 The super-sharp screen has been programmed to transition seamlessly with the action and musical cues happening onstage. I like how the screen helps to create a sense of motion in the underwater scenes, and how its fluid animations add to the faster pace of this new production. It also photographs and videos extraordinarily well! 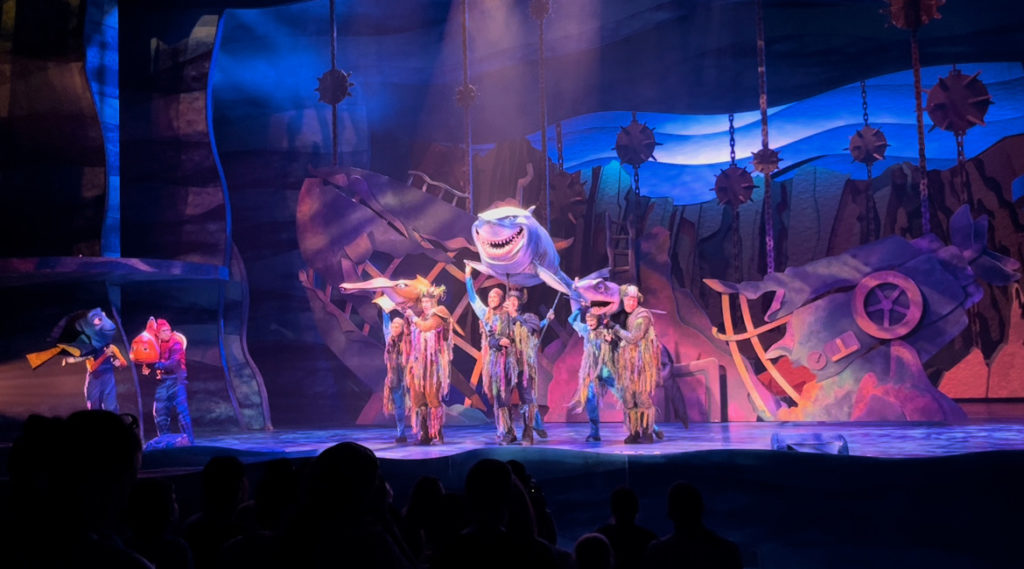 The overall run time of The Big Blue and Beyond comes in at about 25 minutes- a good 10 minutes shorter than the original production. Disney show directors have said that this story can best be told in 25 minutes, and that 25 minutes is a better run time for Theme Park audiences wanting to maximize their days. 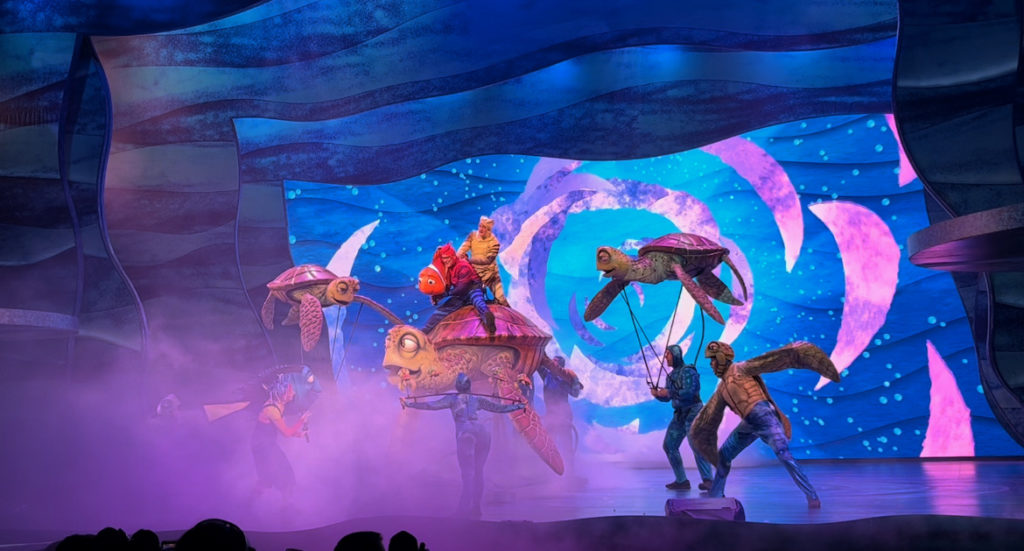 So what was cut? Only a few scenes come to mind that were missing, and they were mostly scenes that played into secondary plots- like Dory being stung by a jellyfish and Nemo helping a large school of fish escape a fisherman’s net. Thankfully, NONE of the music has been removed from the show! You can still hear each and every one of those iconic songs!

3) A New Perspective of Storytelling 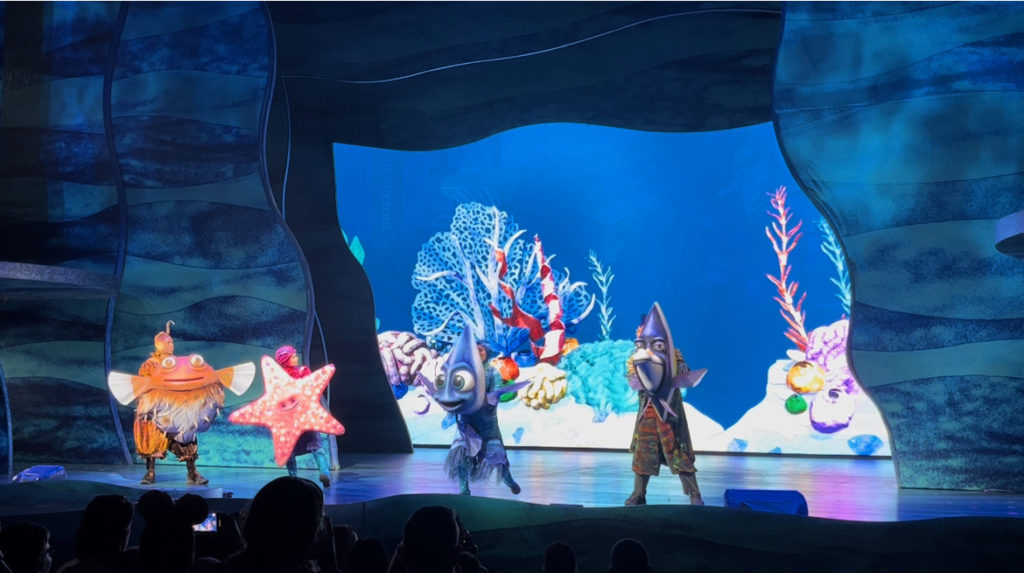 While the original show followed a very close storytelling narrative as the film, the new show features the fish from the Dentist’s office narrating the story of Nemo. 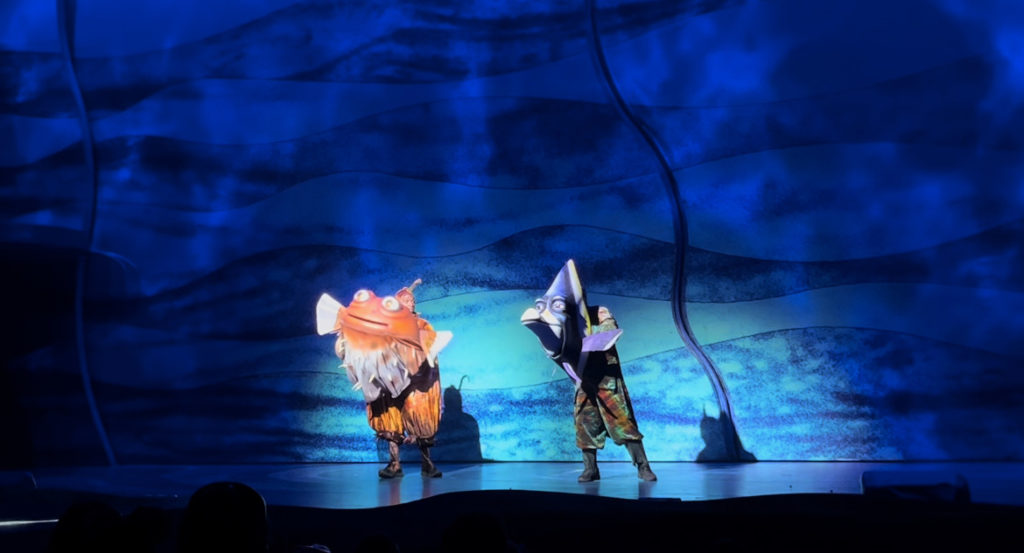 It is told through a series of flashback moments, with Gil leading the majority of the narrated moments downstage in front of the curtain during scene transitions. His new dialogue helps fill in some of the gaps missing from the cut scenes. The Dentist’s office scenes are still in the show and feature the four ‘narrators’ in their original movie roles!