A new droid has just rolled into town, and he’s ready and raring to celebrate the 50th Anniversary of Walt Disney World! 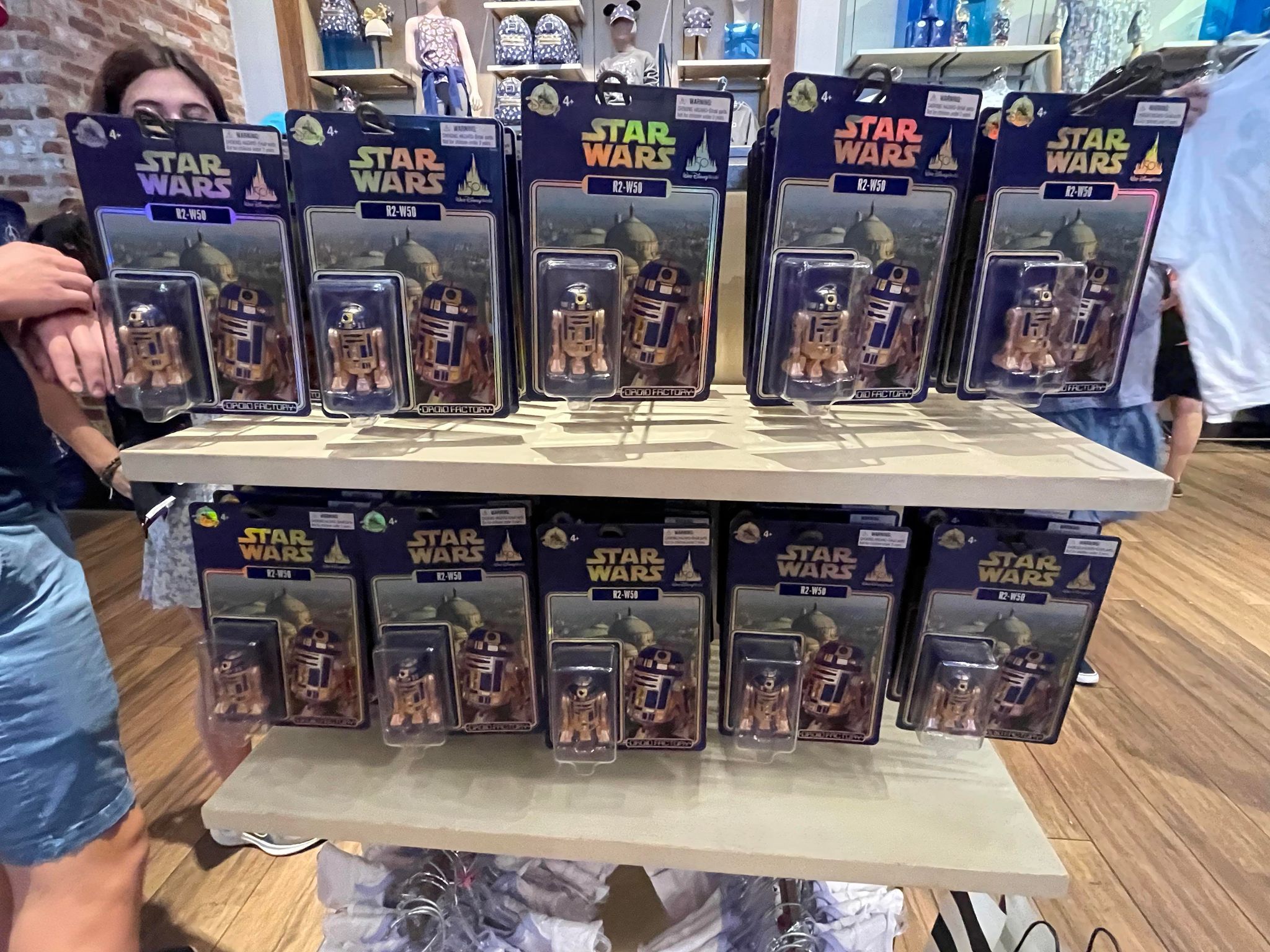 Meet R2-W50, the most magical and celebratory companion droid in the galaxy. He’s the newest figurine from the Droid Factory – an awesome collectible that fans of Star Wars and Walt Disney World alike are sure to adore! 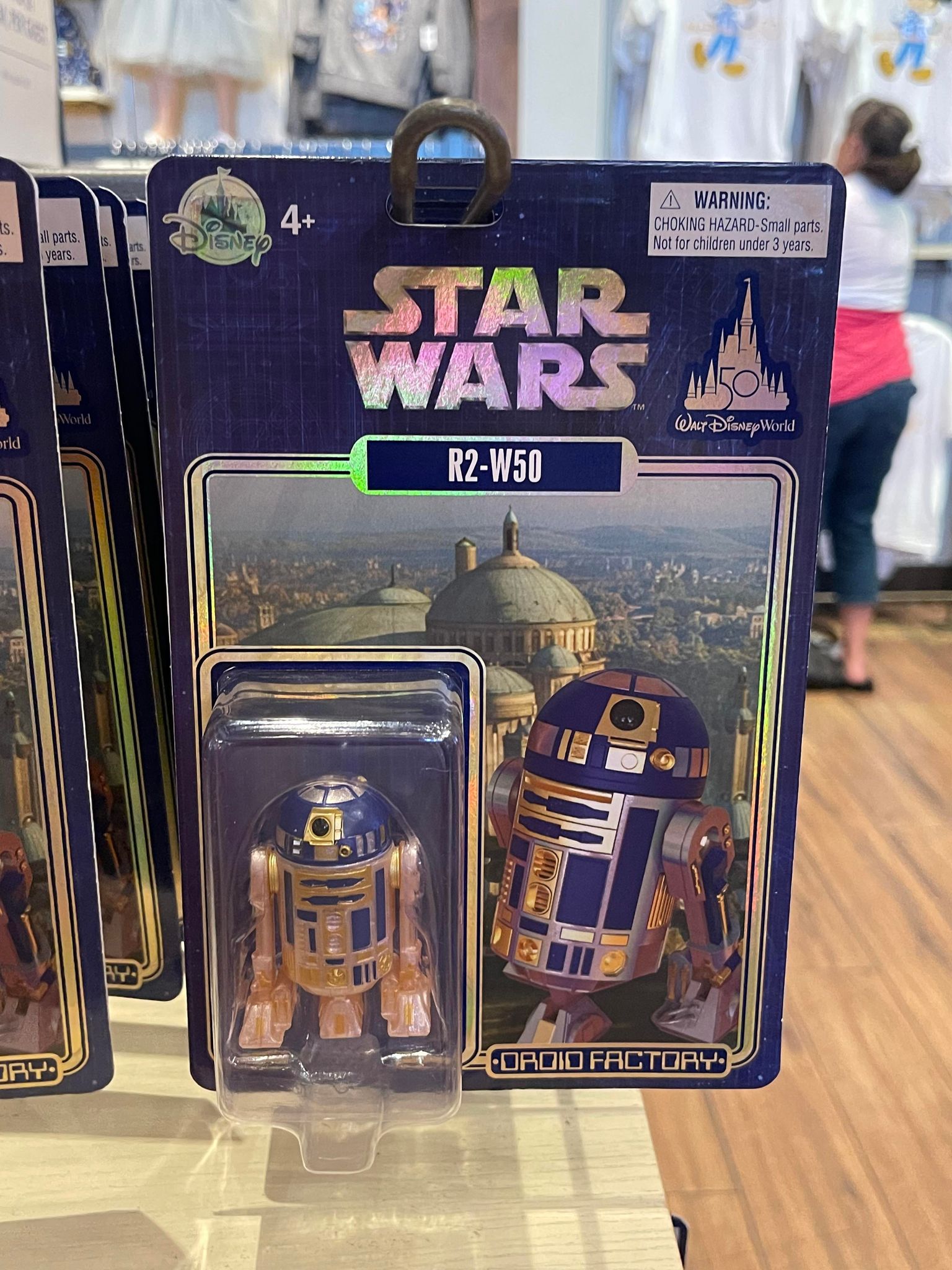 With a clever name like R2-W50, you just know that this droid is here to celebrate one thing and one thing only – the 50th Anniversary of Walt Disney World! And, he’s really gotten into the spirit of things, sporting the most fashionable colors of the year – navy blue, and that dazzling, rainbow, EAR-idescent shimmer! 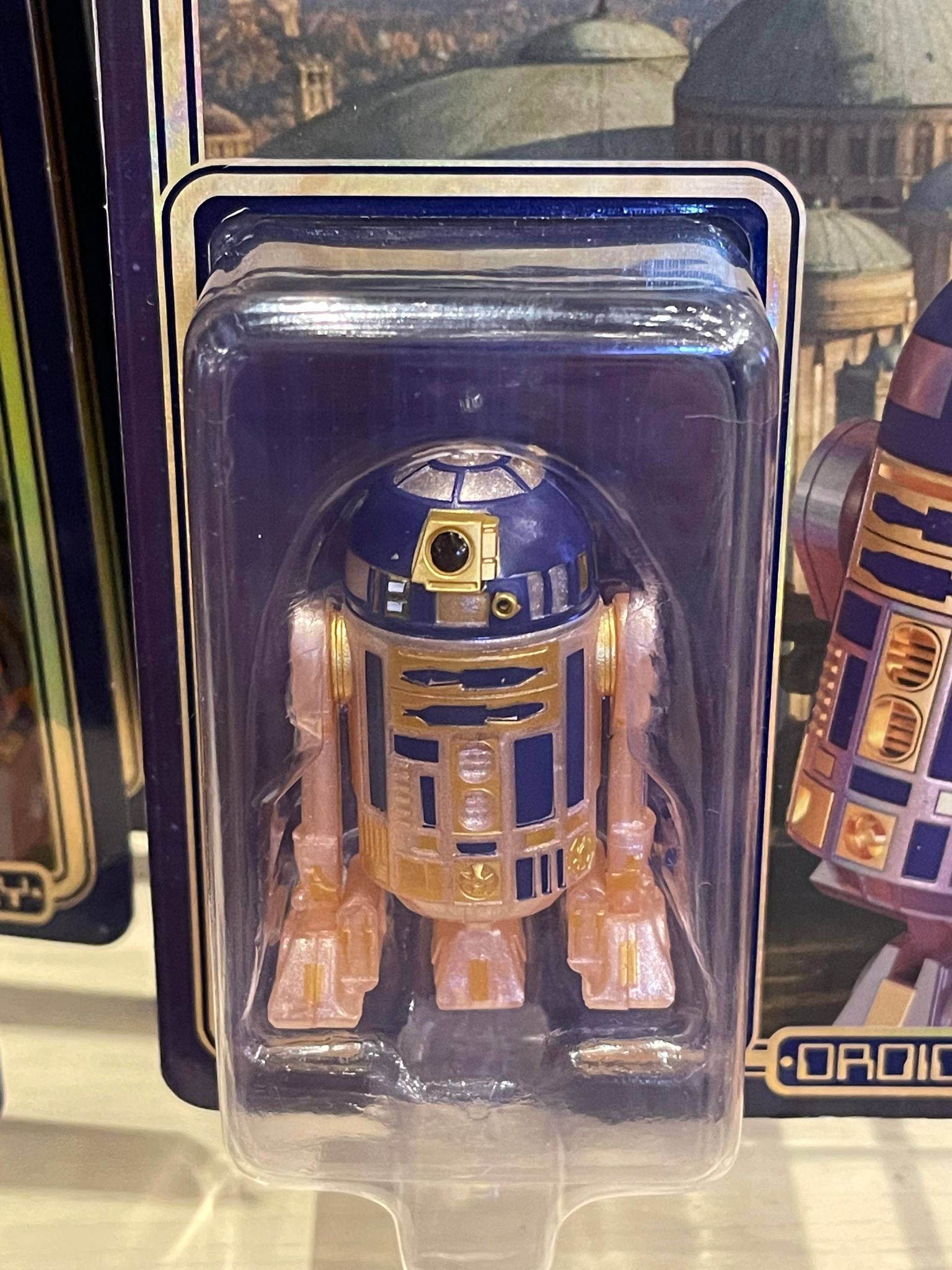 Never has an R- model looked quite so fabulous! 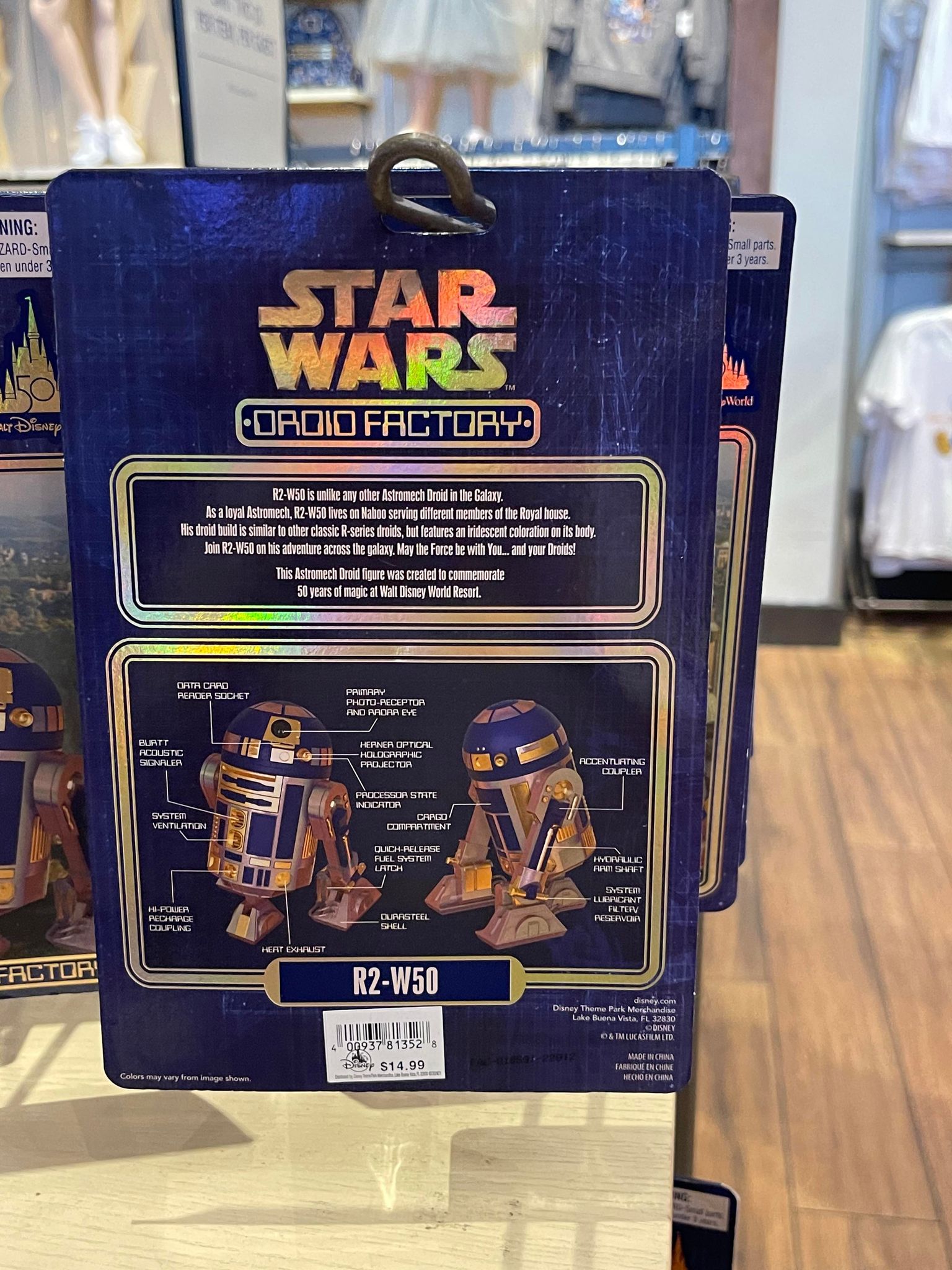 R2-W50 is the latest model to be released by the Droid Factory, who you can always count on to create the most unique droids for every occasion. Just a few days ago, we spotted the amazing BB-PR0UD, the BB- model droid whose purpose was to celebrate Pride Month across the galaxy!

The 50th anniversary celebrations are well underway at Walt Disney World, with so much awesome merchandise that it’s hard to keep track. However, this cute figurine would make an especially brilliant keepsake for any Star Wars fan looking to commemorate that magic. After all, who wouldn’t want a celebratory droid companion in their life? 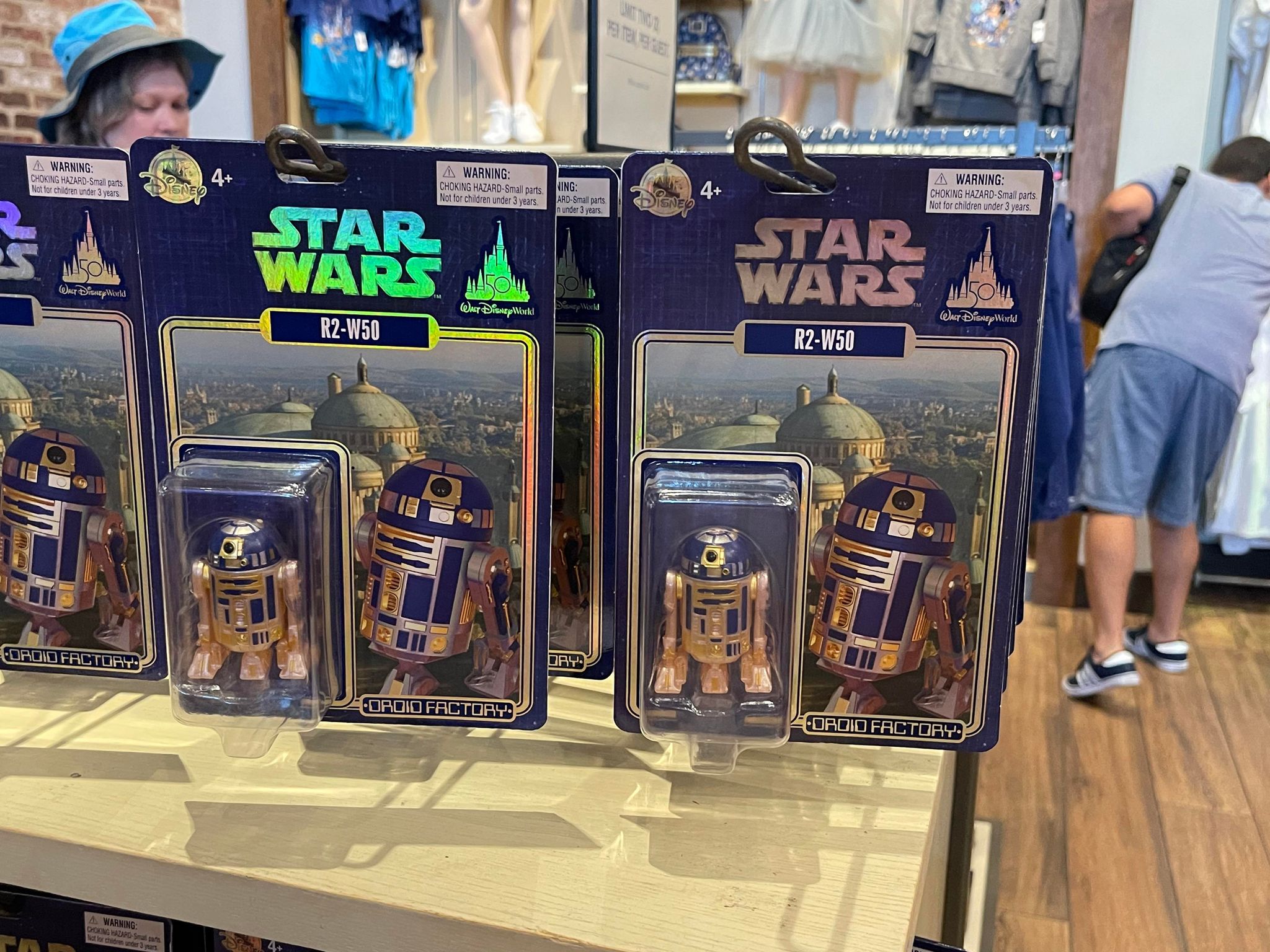 We found R2-W50 over at World of Disney in Disney Springs, proudly on display in the 50th Anniversary section of the store. He cost $14.99 – will he be joining you on your anniversary adventures?