Can I get a Yee-Haw!? Dining Reservations for the return of the beloved Hoop-Dee-Doo Musical Revue at Disney’s Fort Wilderness Resort & Campground opened up this morning with Opening Night booking up entirely in a matter of minutes!

Our MickeyBloggers Greg & Elyssa were up bright and early this morning to nab an opening night reservations.

They were successful in getting tickets for the 4pm performance on June 23rd but it wasn’t long after that the first performance of the day was sold out. 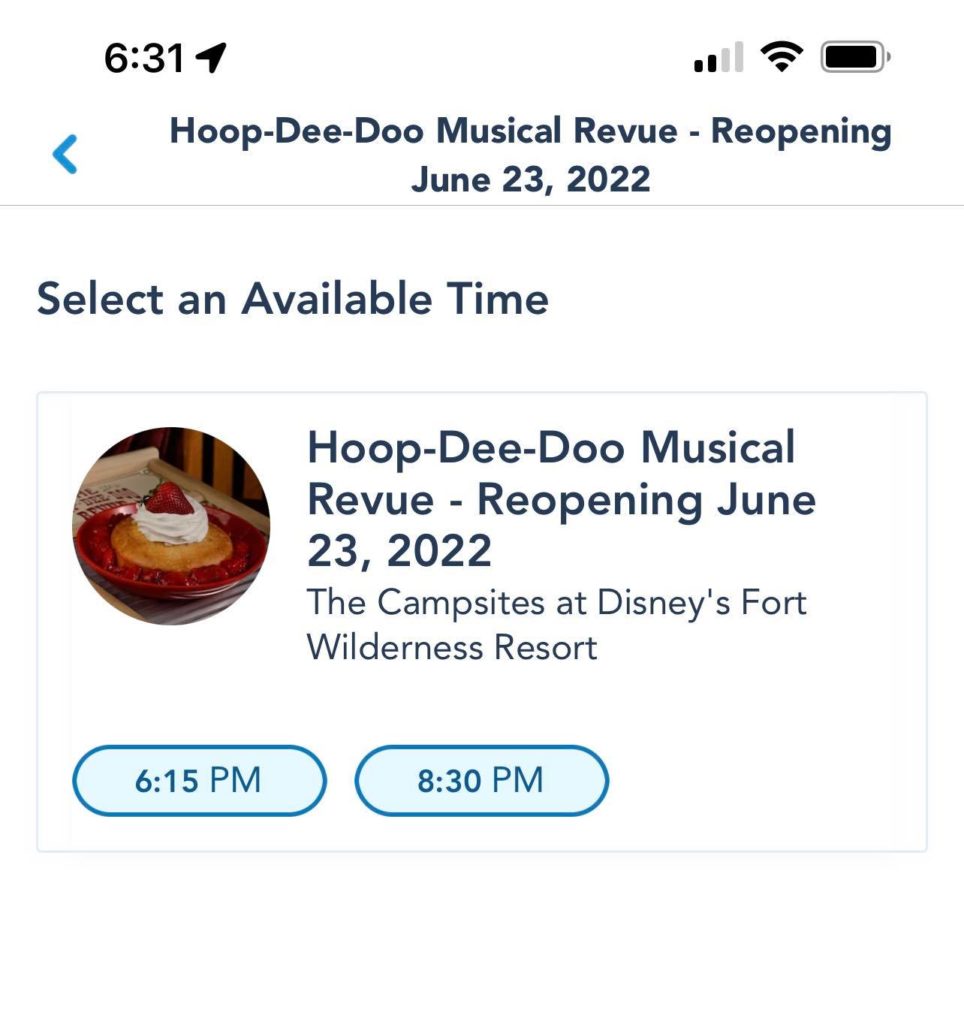 As you can see above, just mere minutes later only the 6:15 and 8:30pm were available. 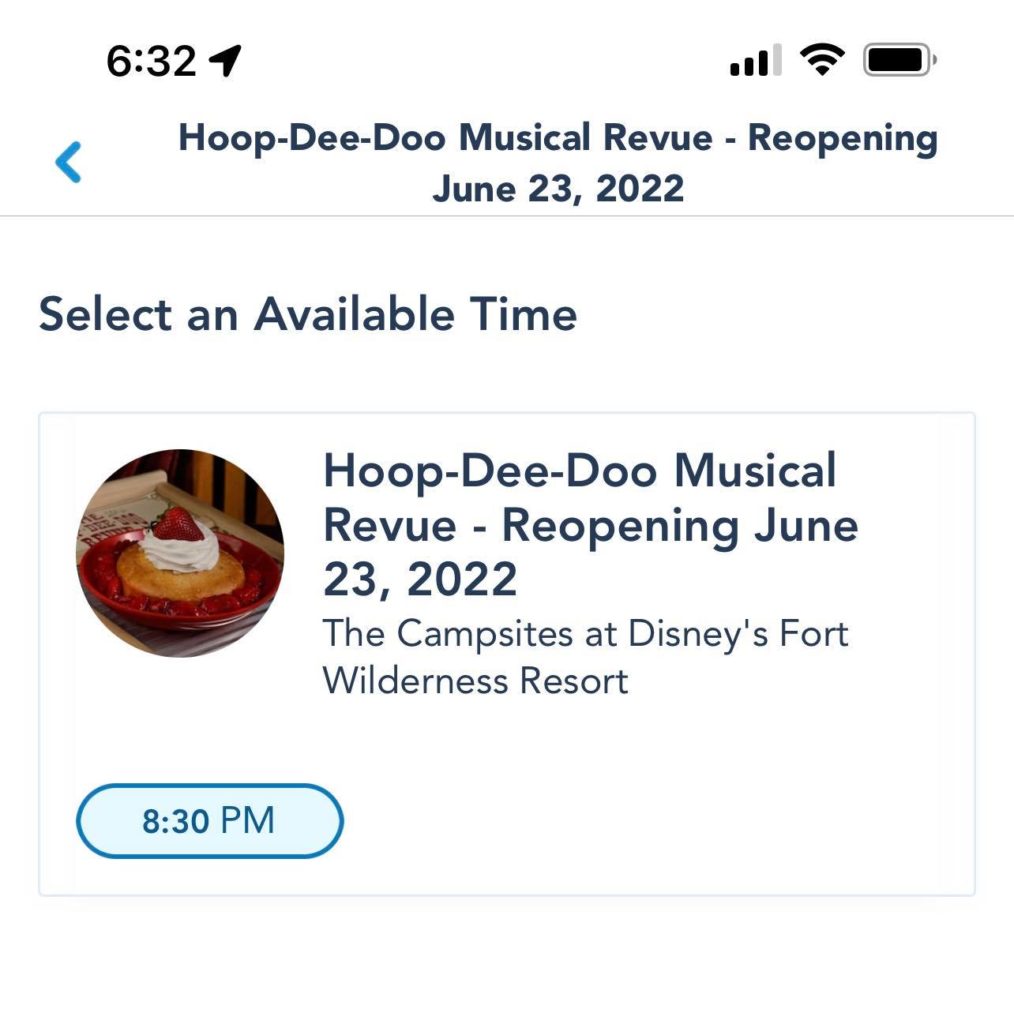 Then within seconds we were down to the 8:30 pm 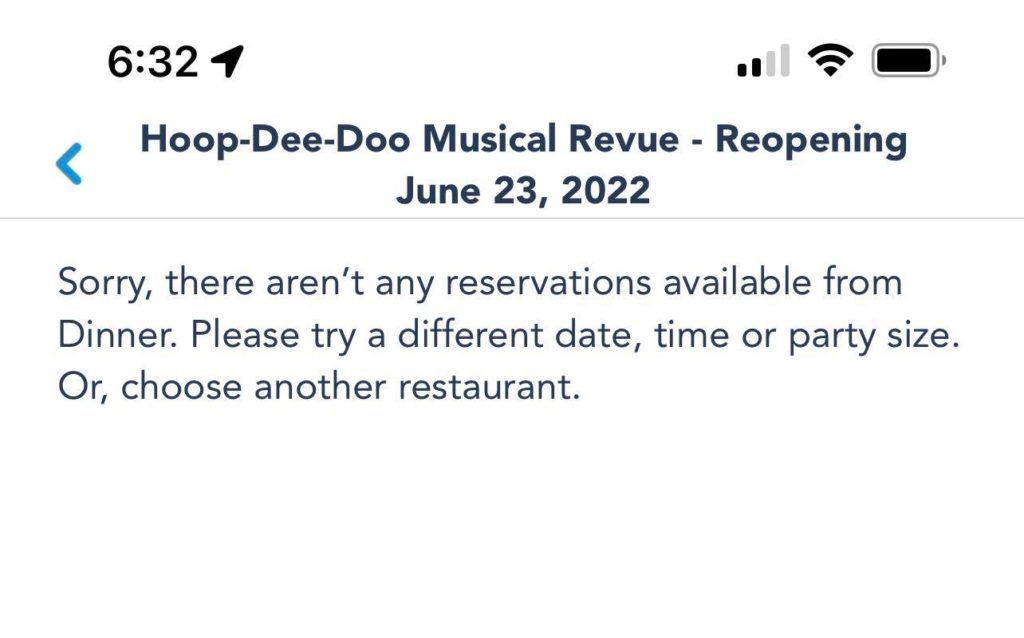 And then before you know it, those Opening Night performances had completely sold out!

For those wanting to make Hoop-Dee-Doo Musical Revue part of your Walt Disney World travel plans, this is to say that securing a spot, at least initially after re-opening,  is expected to be highly competitive.  However, we always recommend being persistent and checking for cancellations as they do crop up! 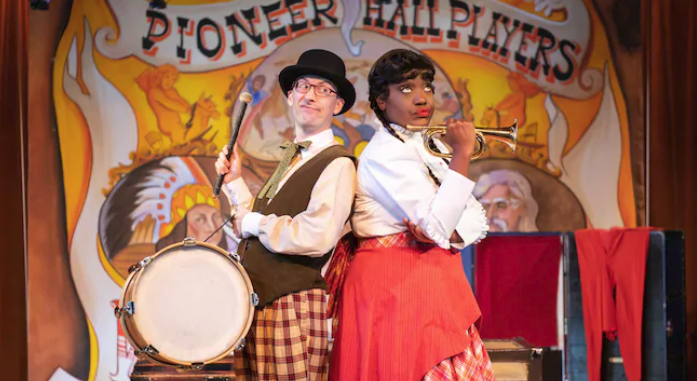 For those unfamiliar, adding Hoop-Dee-Doo Musical Revue to your Disney plans is a rite of passage!  The show first debuted back in 1974 and had the distinction of being the longest running show in the US until COVID-19 brought it to a close in 2020.  Even though the theme parks reopened several months after the initial pandemic closure of Walt Disney World, Hoop-Dee-Doo and other beloved guest experienced that posed social distancing concerns were put on hiatus.

Disney announced back in March that the show was returning for the Summer of 2022. 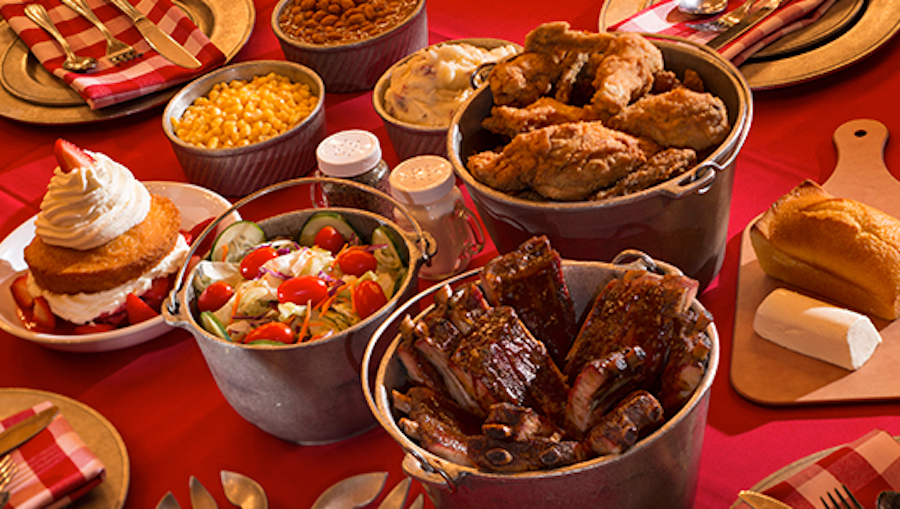 What is Hoop-Dee-Doo Musical Revue?

Dinner theater at its best, you’ll be clapping your hands and stomping your feet to this beloved dinner show from the Pioneer Hall Players that is part Hee-Haw, Part Vaudeville and a whole lot of fund!  While enjoying the Wild West-themed sketches including singing, dancing and zany comedy, you’ll also get to dine on a “countrified feast” that includes fried chicken, smoked BBQ ribs, savory sides and the eateries famous strawberry shortcake for dessert!

Seating for Hoop-Dee-Doo is divided into three tiers with prices starting at $66 per adult and going up to $74 per adult.  Reservations will open 60 days beforehand and can be made online via My Disney Experience.