With only a few more weeks before she makes her Disney+ debut, a new collaboration between Marvel and Her Universe brought us an incredible Ms. Marvel jacket that just dropped at EPCOT’s Marvel merchandise location, Disney Traders. Emboldened by her signature colors, the leather-like jacket captures the fierce qualities of the MCU’s latest heroine. 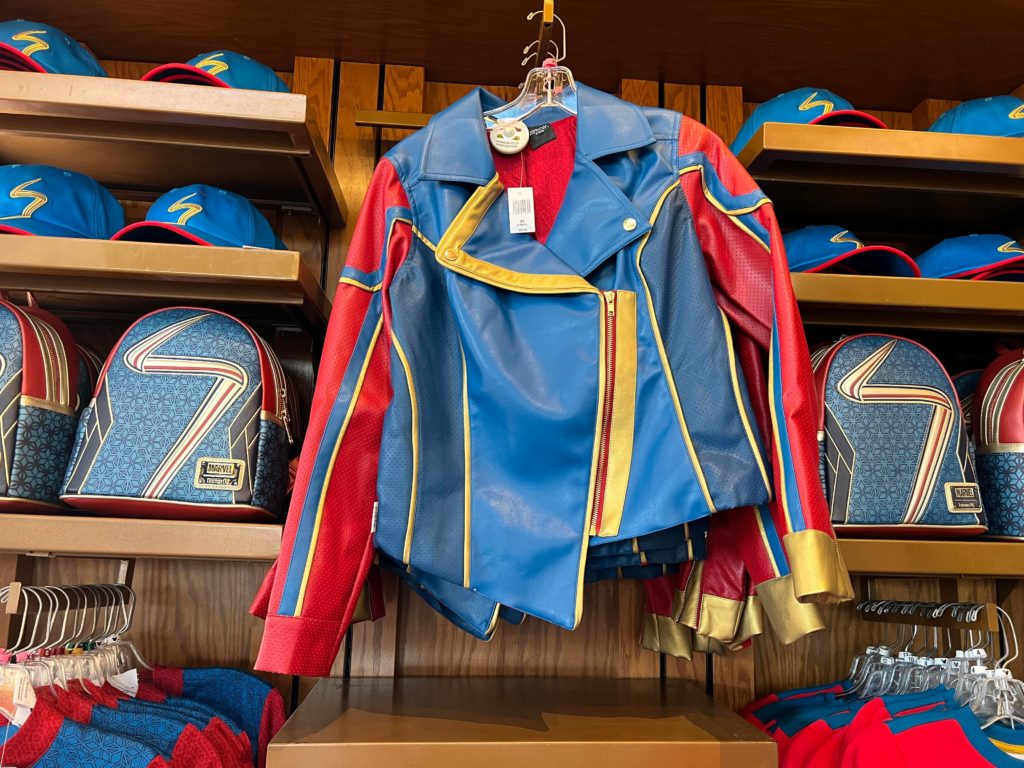 In the comics, Kamala Khan aka Ms. Marvel represents the first Muslim superhero to join the Marvel comics universe. In her new show headed to Disney+ on June 8th, the MCU explores Khan’s journey as she learns how to harness her superpowers and balance life as a Pakistani-American teen. 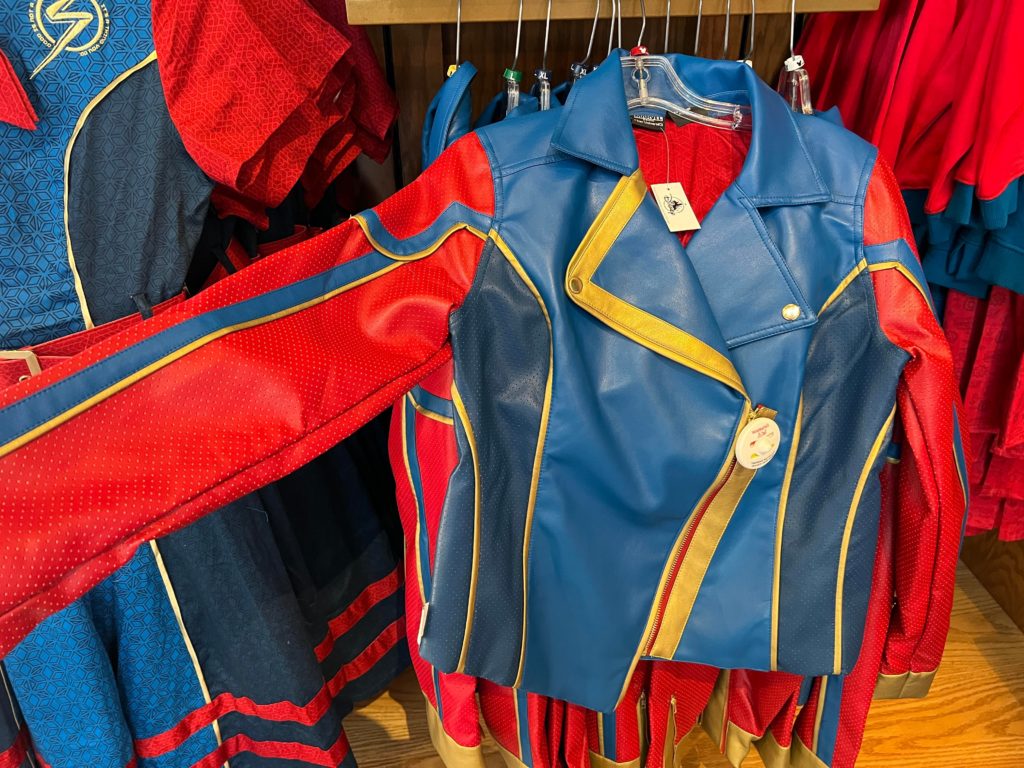 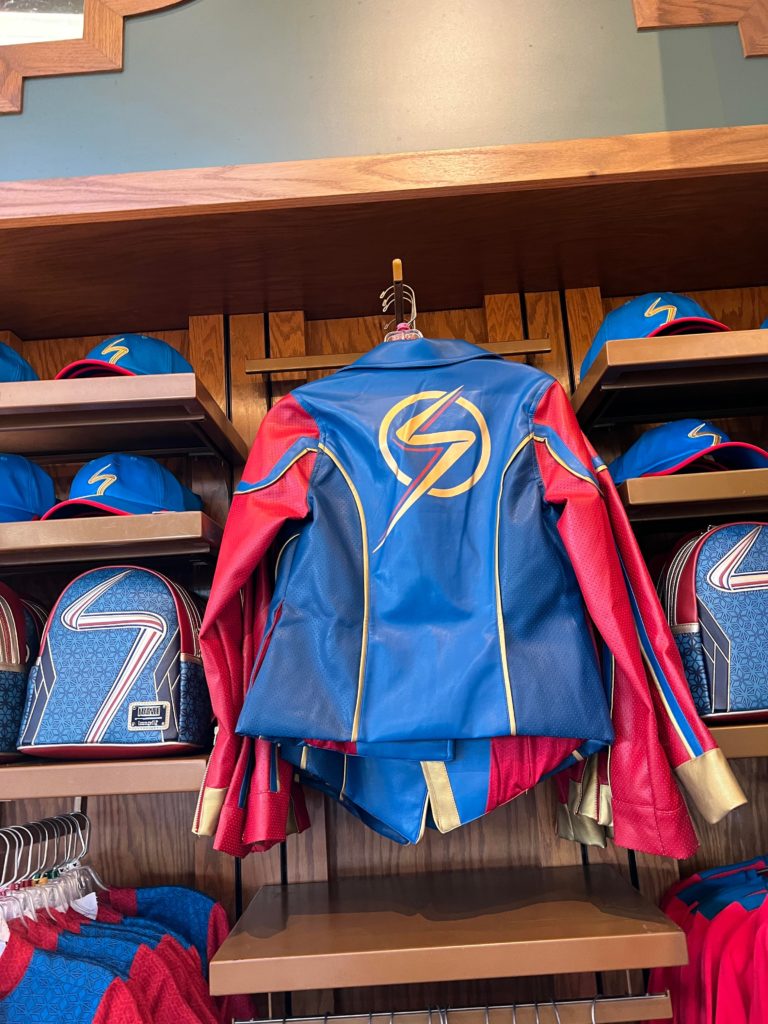 Ms. Marvel’s large “S” logo, which captures the enormity of her cosmic powers, takes over the back of the jacket in gold with red accents. The symbol also throws another nod to the lightning bolt logo often used by Captain Marvel. 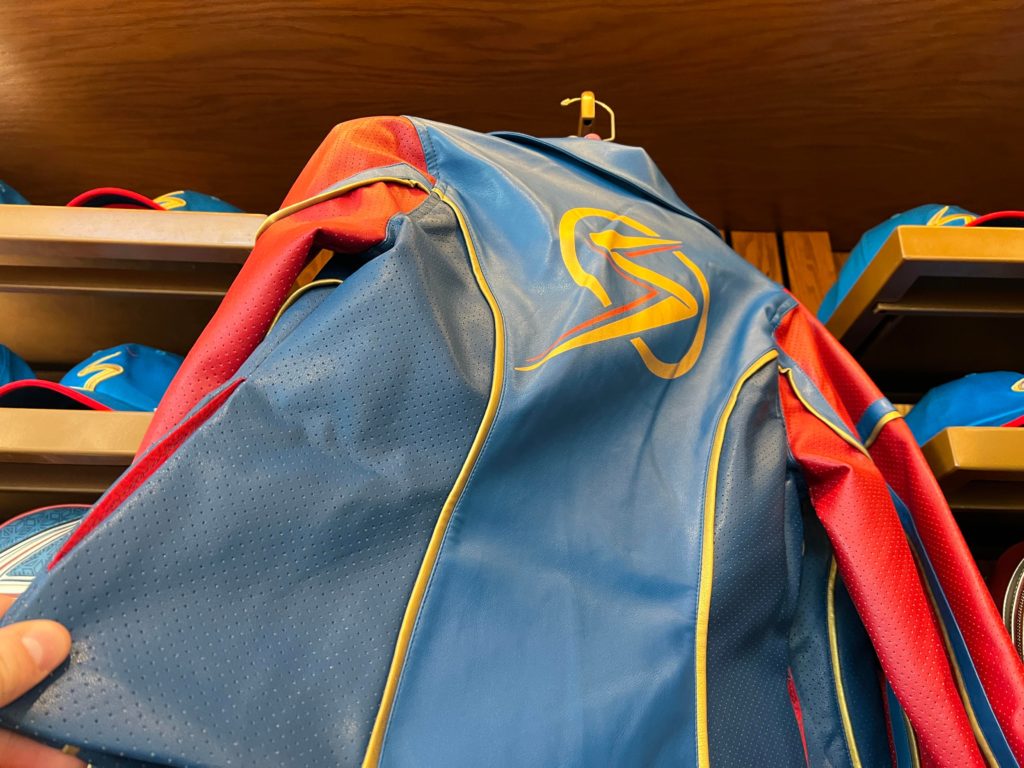 The textile choices give a wealth of texture changes throughout the back of the jacket too. The design uses slick fabrics in the center of the bold back. Then, it adds perforated deep blue fabric to give depth between the heavier layers of exterior stitching. 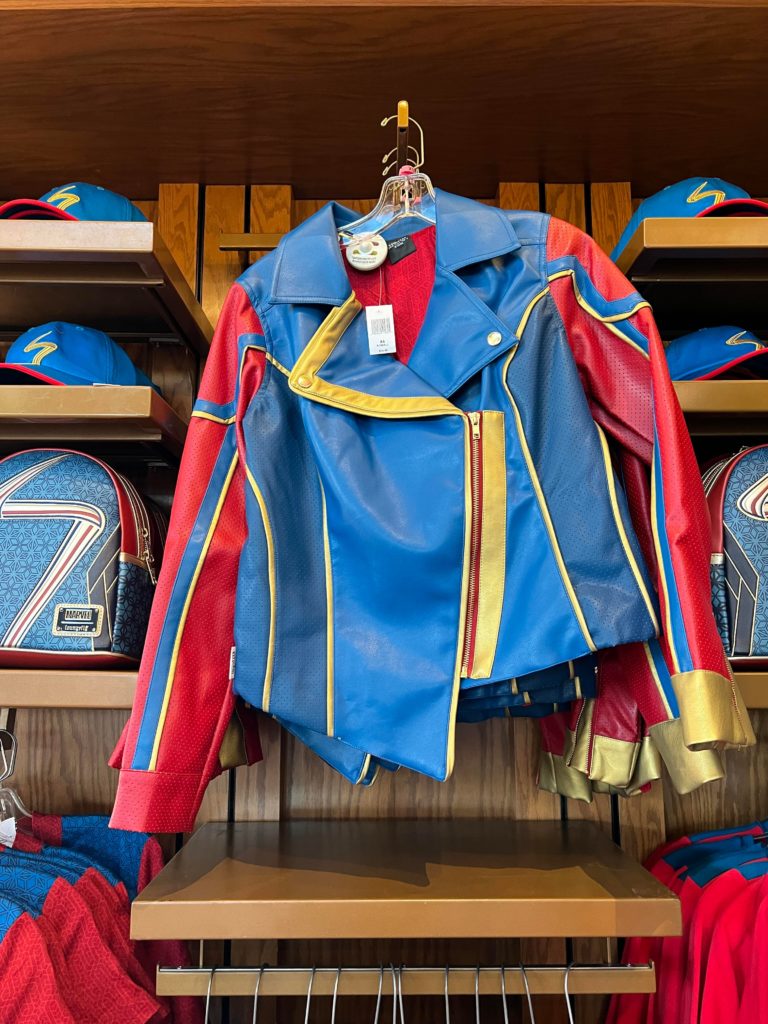 The cuff details and off-set zippers add unique qualities to the design too with one sleeve ending in a characteristc red color and the other in an interstellar gold shade. 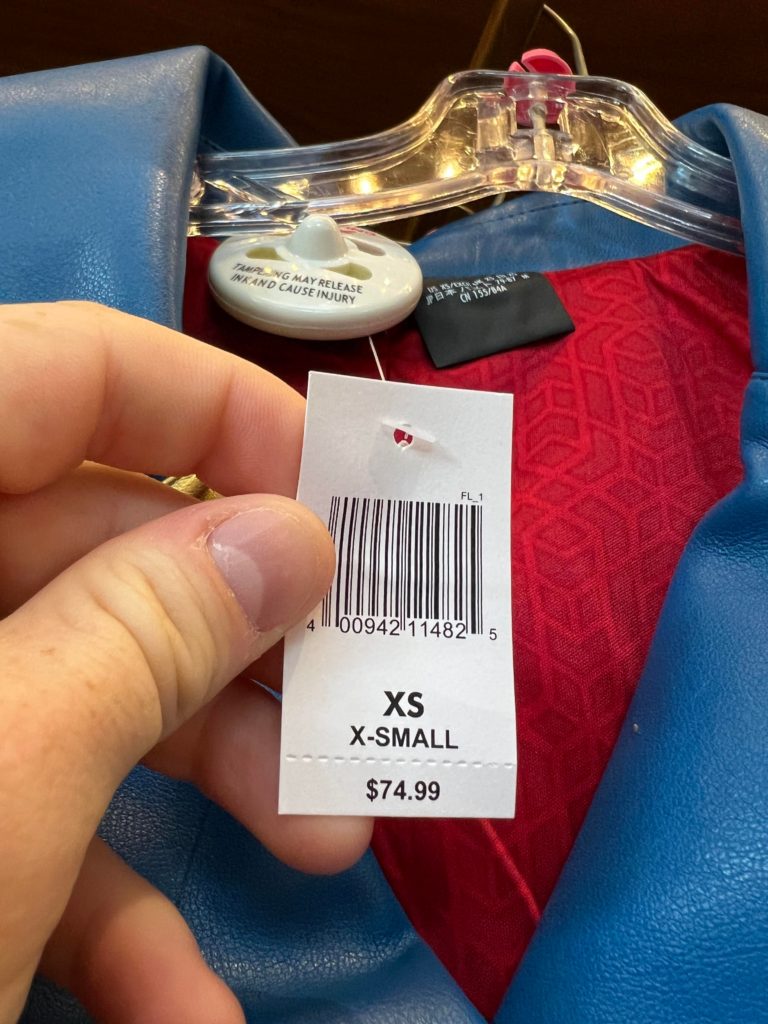 The new jacket retails for $74.99 and released with a number of other items, including a new Loungefly, hat, and tees. We spotted these items at Disney Traders, a retail location at the front of World Showcase at EPCOT. Throughout the week though, a new MagicBand released throughout Disney parks and a darling dress also popped up at Uptown Jewelers at Magic Kingdom.