For those searching for new Marvel merchandise at Walt Disney World, two stores often top the list of must-do stops: Super Hero Headquarters at Disney Springs and Keystone Clothiers at Disney’s Hollywood Studios. Still, another surprise location to find the latest Marvel apparel, accessories and toys continues to be Disney Traders, one of two merchandise locations at the front of EPCOT’s World Showcase. 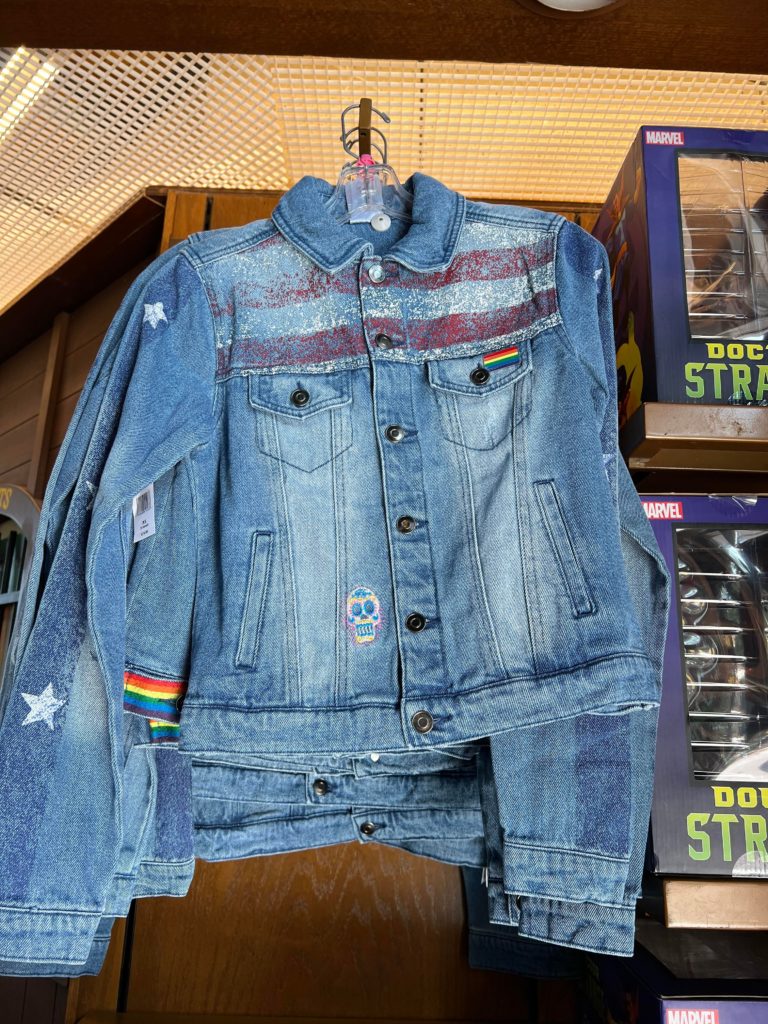 Today, we popped into the subtle location and spotted the new America Chavez jean jacket that dropped just before her MCU debut a couple of weeks ago in “Doctor Strange in the Multiverse of Madness.” A replica of the jacket the heroine wears throughout the film, the details on this jacket capture her incredible grit and spirit. 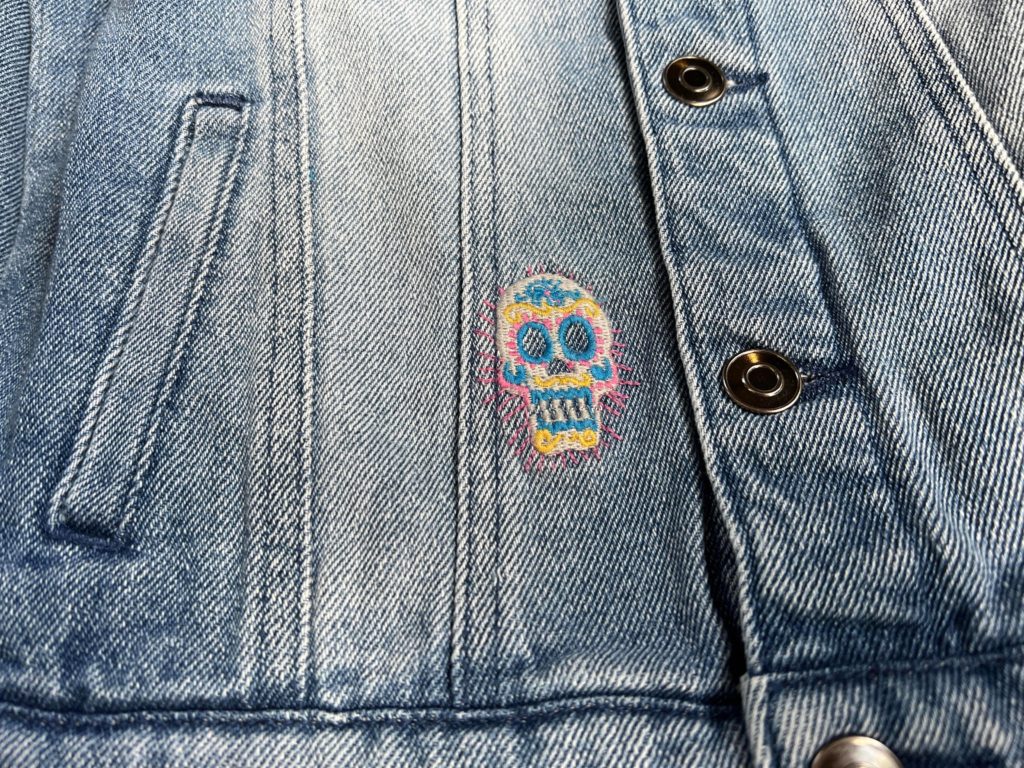 With white stars stamped on both sleeves, the jacket also introduces a calavera on its front. In the Marvel Comics, Chavez is from a utopian parallel universe that utlizes Mexican iconography. She is also the first Latin-American character to join the Marvel comic storylines.

Chavez Brings Many Firsts to MCU 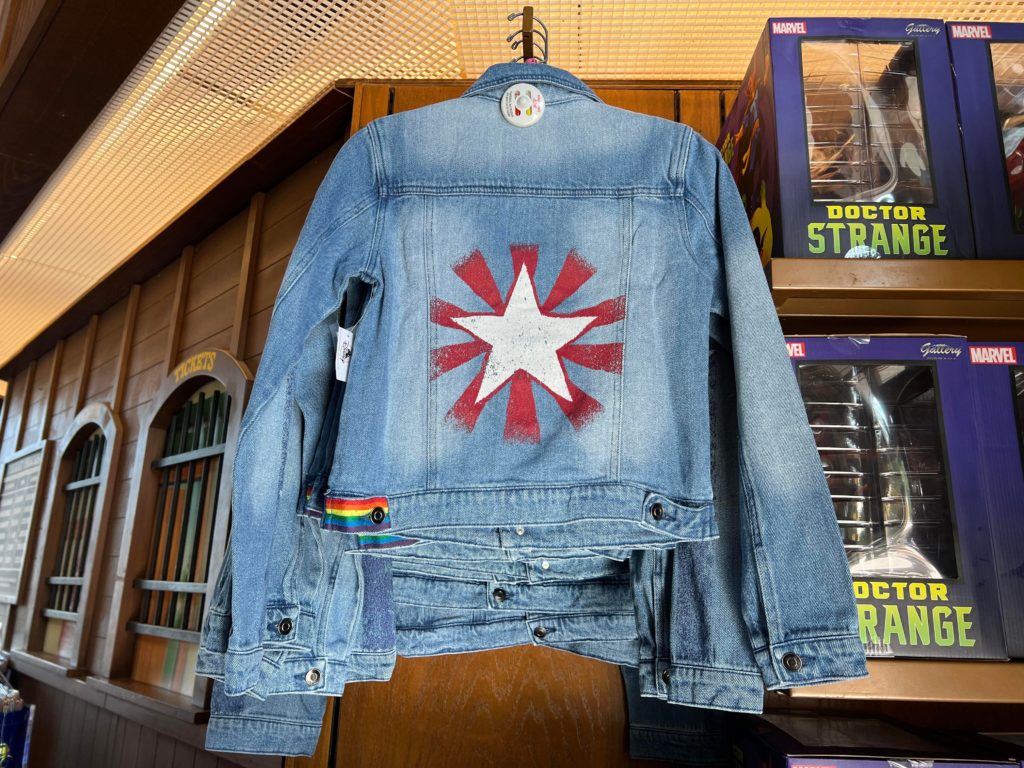 A giant white-stamped star covers the back of the jacket with radiating red stripes. Throughout the design, the jacket also adds a rainbow flag pin to the design as well as rainbow patterning along the bottom. 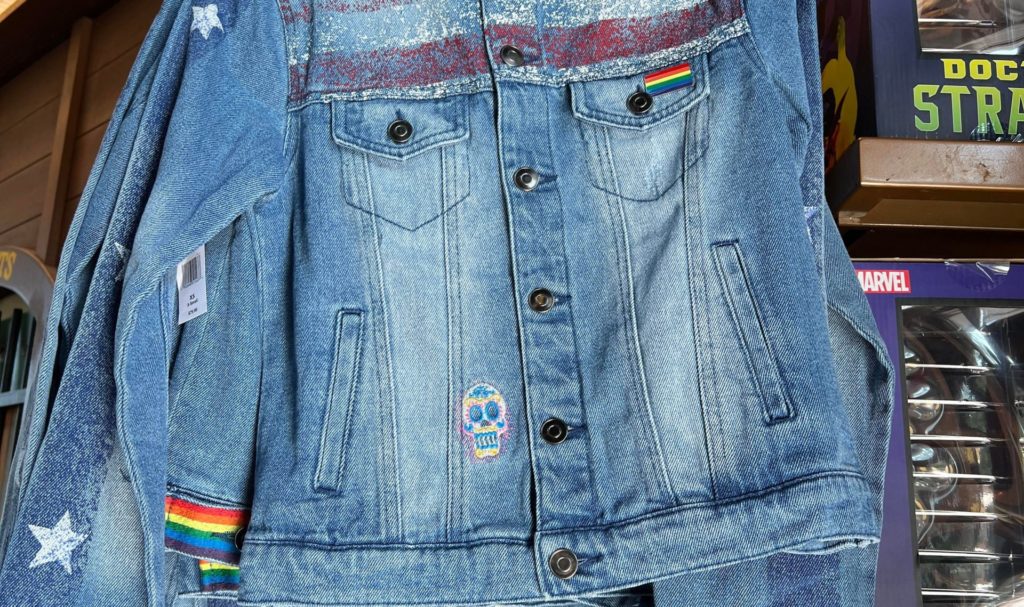 In the Marvel comics as well as in a mention made during “Doctor Strange in the Multiverse of Madness,” Chavez and her family introduce the MCU’s first openly LGBTQ+ characters, as Chavez herself is a lesbian in the comic stories. 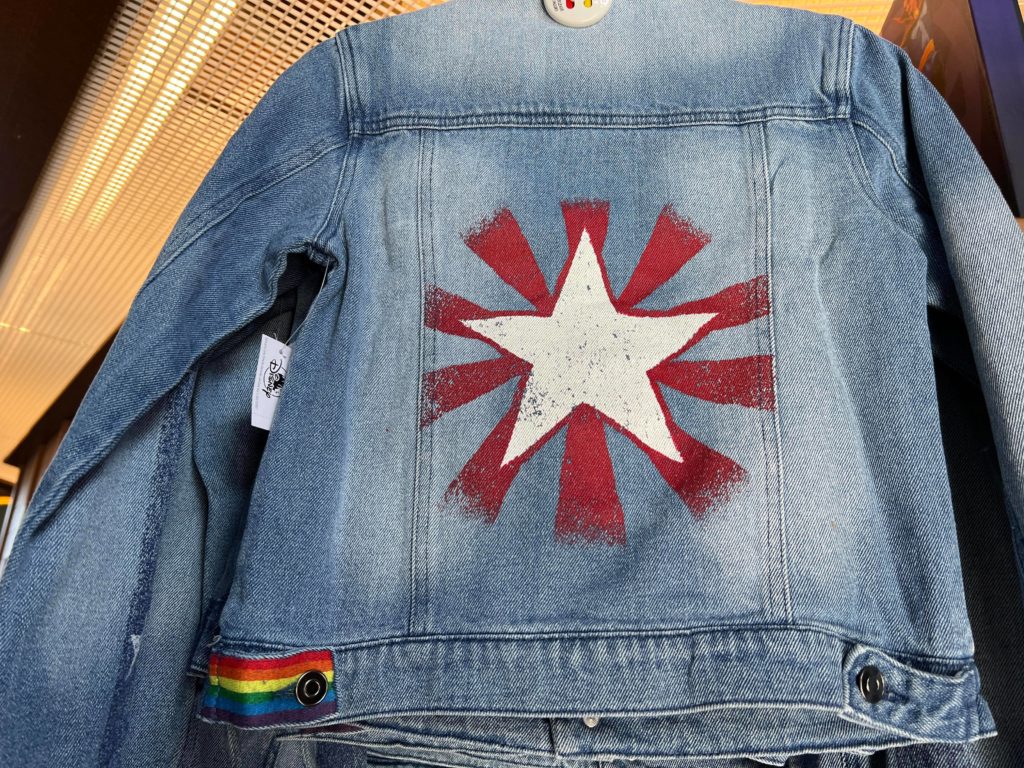 Though not addressed in the plotline of the latest MCU film, a comment is made about the character’s two moms in the latest installment of the Doctor Strange franchise too. 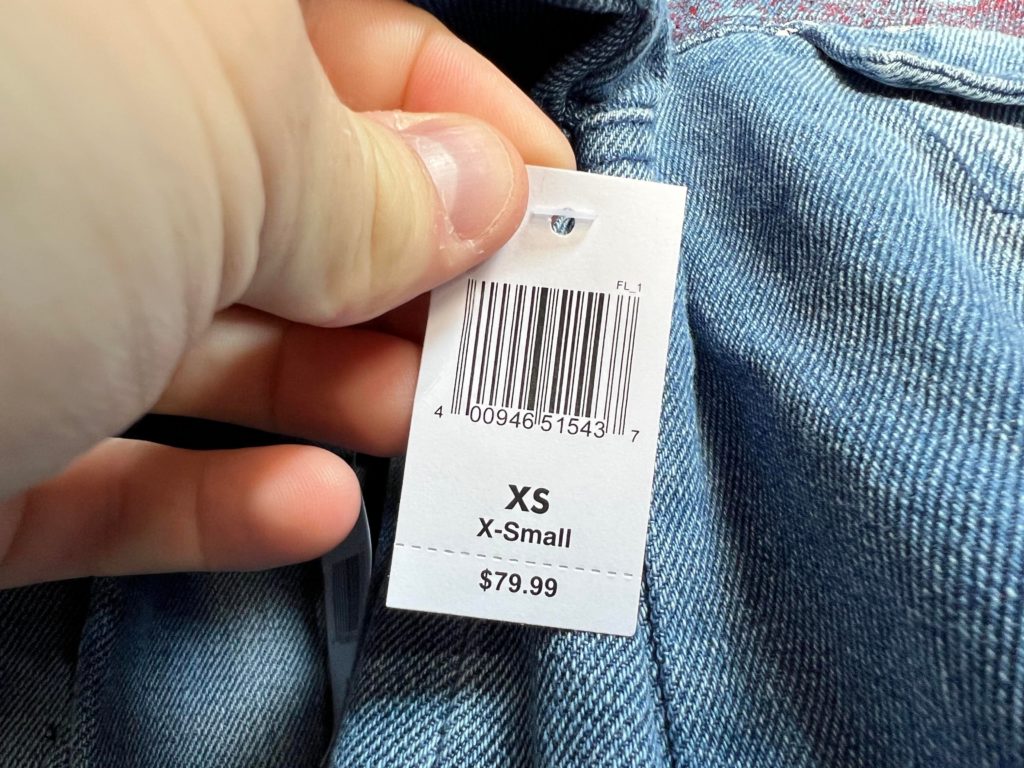 The jacket retails for $79.99. We, of course, spotted it at Disney Traders, but limited supplies pop up throughout Disney property occasionally. Headed to the West Coast? Make sure to catch America Chavez at Avengers Campus at Disney California Adventure where she recently made her debut.