Aladdin on Broadway Cancels Tonight’s Performance Due to Cast Illness

Disney took to Twitter this afternoon to announce that Aladdin on Broadway is cancelling this evening’s performance due to illness withing the company. Any further updates or cancellations will be announced on social media as and when it comes up.  According to a piece in Playbill, those with tickets to the May 25 performance will be refunded.

Important information regarding Broadway performances of ALADDIN. Please visit https://t.co/s0LUFww6UQ for the most up to date information and performance schedule. pic.twitter.com/zTqUwPO6op

There was one 7pm performance scheduled for this evening (May 25th.) Disney’s Aladdin, is a Broadway musical based on the 1992 animated film recently celebrated its 8th anniversary on Broadway last March.

The cast is currently led by Michael Maliakel, making his Broadway debut in the title role, Michael James Scott is the Genie, Shoba Narayan is Jasmine and Dennis Stowe is in the role of Jafar. 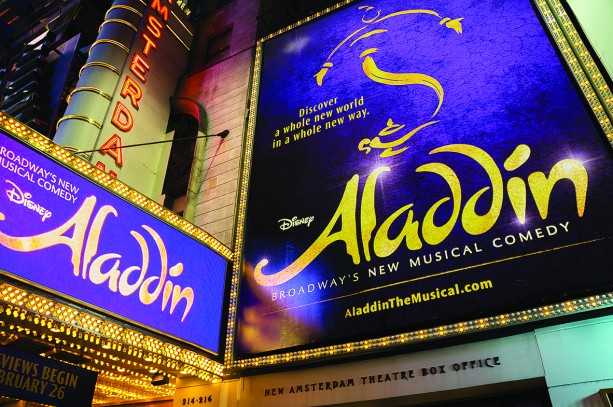 It should be noted that a mask mandate is currently in place at the Broadway theatres through Thursday, June 30th.  The only exception is when they are actively eating or drinking. Nothing has been said as of yet about extended this mandate but it is thought the Broadway League will make a decision by mid-June.

Readers are encouraged to keep following along with MickeyBlog for further Walt Disney World news and updates. We’ll be coming to you LIVE! from the theaters each and every week.