We hope you’ve brought your appetites superhero fans because Disney has just revealed some of the incredible eats and treats that will be available at the Avengers Campus in Disneyland Paris. Get ready for some wonderfully tasty options across a variety of adventurous eateries.

This includes the following:

Welcome to Pym Kitchen, an innovative science lab where the foods and drinks are party of the story.  Ant-Man fans will tell you the “Pym Particles” are a cornerstone of the Ant-Man and Wasp films and are used to grow and shrink objects.  Here you’ll find similar forces at work with shareable bites, inventive entrees and delectable desserts. 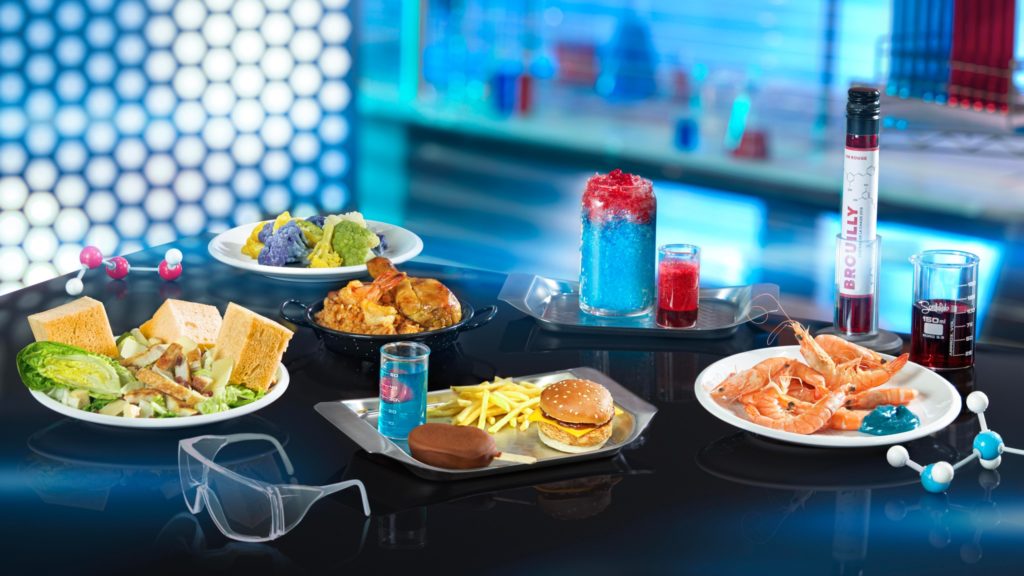 Visitors to Disneyland Paris will be able to enjoy treats shrunken or expanded to the delight of guests.  This includes gigantic shareable pretzel sandwiches, hot dogs, burgers, vegetables, cakes and tinier versions of beloved goodies. 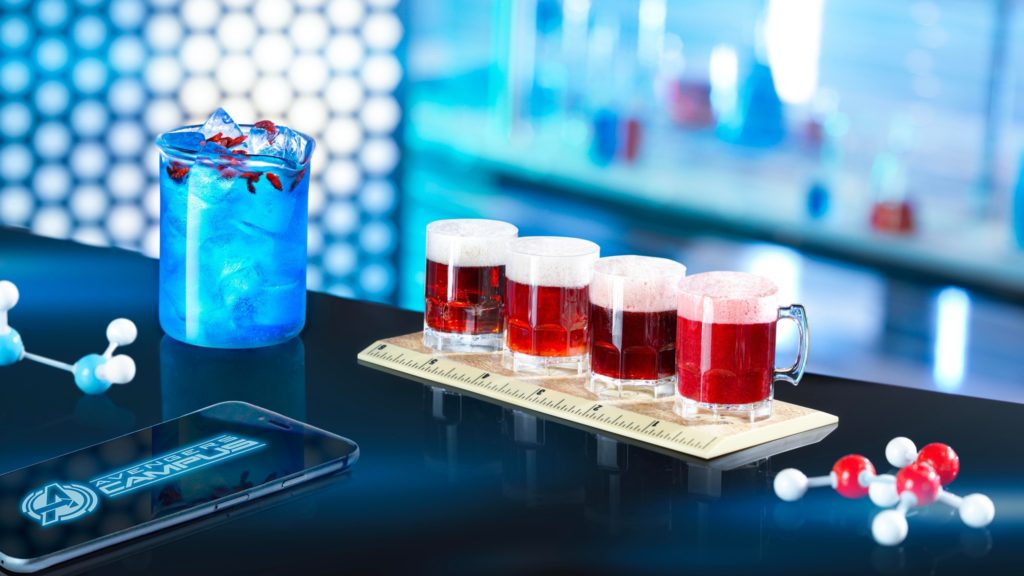 There’s even some awesome goodies just for adults including Blue Chardonnay and a flight of four tiny beers served in Pym Kitchen souvenir glasses.  You can also enjoy red wine in tiny vials just like Pym particles.  There are also cocktails including a signature blue and red cocktail presented in a beaker.  There’s also a superfood cocktail made with Blue Chardonnay, Perrier, Martini and dried goji berries.

Another Avengers Campus eatery is Stark Factory.  This quick-service spot is perfect for recruits who are looking for a quick and delicious way to fuel up. 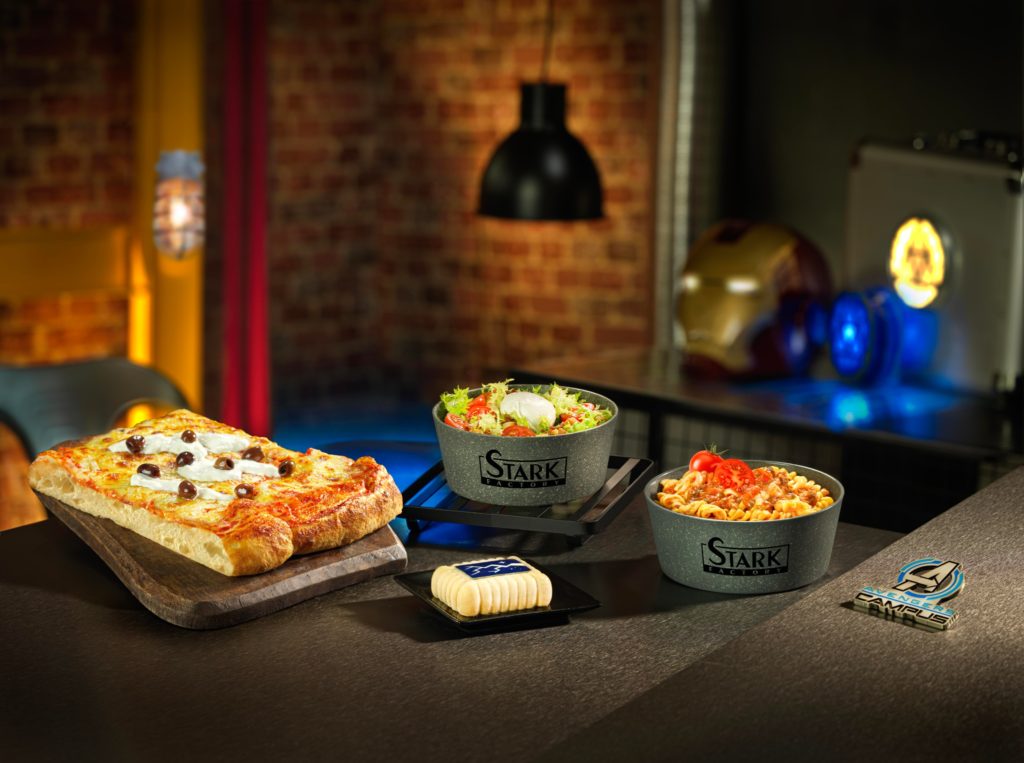 Some of the menu items you’ll want to be on the lookout for include:

The backstory of this eatery is that it was a formerly assembly line for Howard Stark.  Stark Factory features some awesome relics of S.H.I.E.L.D’s earlier activities.  Be on the search for ‘Easter Eggs’ including artifacts built by Tony Stark and the impressive Hulk Buster (this is the armor he created with the help of Bruce Banner.)

Looking for something on the go.  The Worldwide Eating Brigade, a food truck in the NEW Avengers Campus is just the ticket.  Here you’ll find a menu brimming with tasty goodies including Asian noodles and tasty coconut balls.

There’s also another food truck serving up some of Tony Stark’s favorite treats. This includes:

Last but not least is Super Diner, this small traditional American restaurant has a fun backstory.  It is where Peggy Carter’s best friend used to work as a waitress.  A highlight on the menu is their Reuben sandwiches which are available as a grab-and-go-option.

Readers are encouraged to keep following along with MickeyBlog for further Disney-related news and updates. We’ll be coming to you LIVE from the theme parks each and every week.