Our favorite chipmunks are back with a brand new movie coming to Disney+.  Stars of Chip ‘n Dale: Rescue Rangers took to the red carpet this week to celebrate the show.  In addition, Disney has released some brand new promo posters for the production. Let’s take a look. 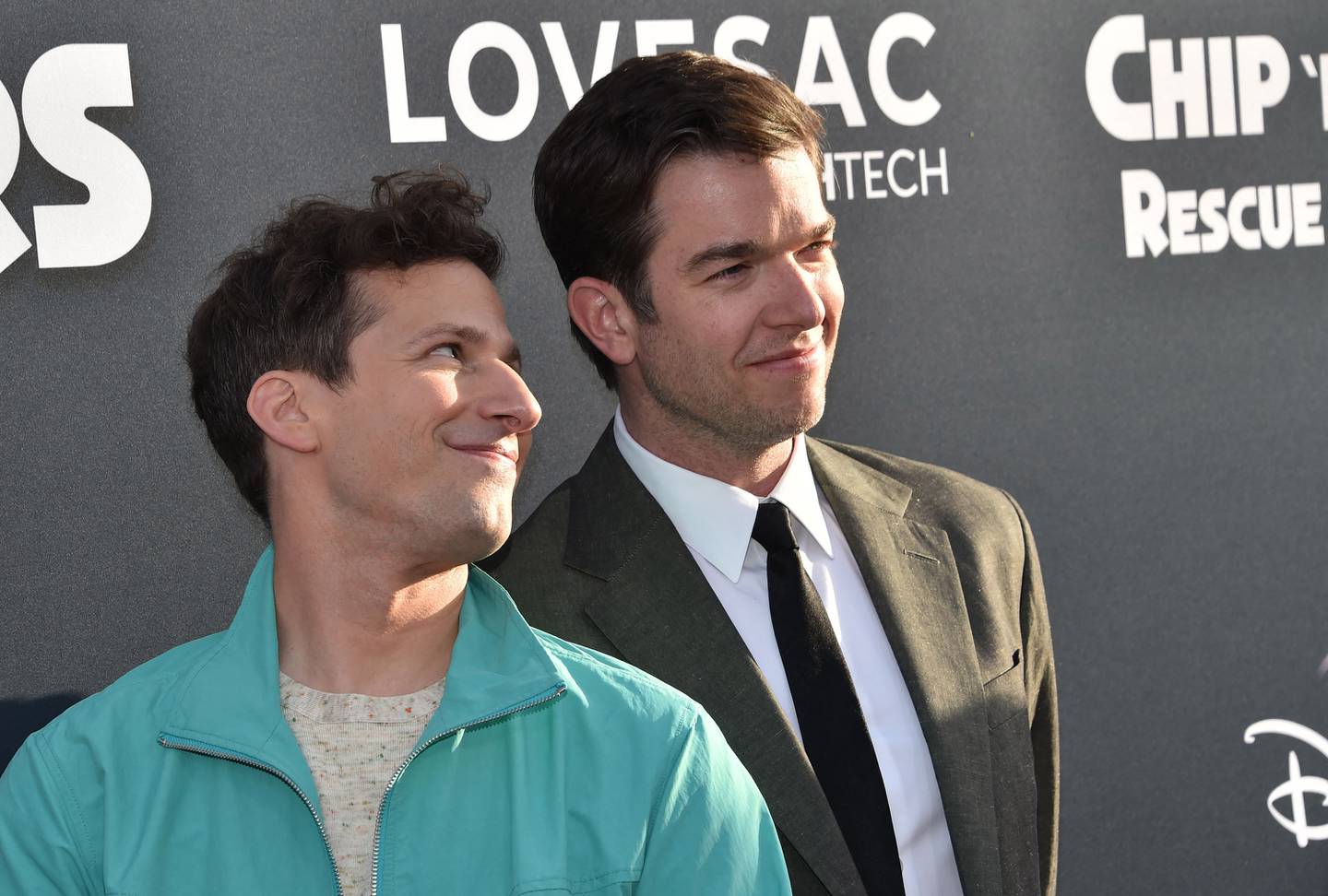 We’ll share the trailer with you below!  The updated Chip ‘n Dale: Rescue Rangers still maintains that sense of fun and adventure that you may remember from the original series updates it with a combination of live action and animation.   In the film, Chip and Dale investigate a series of mysterious disappearances after one of the members of the Rescue Rangers crew is caught up in the ordeal. 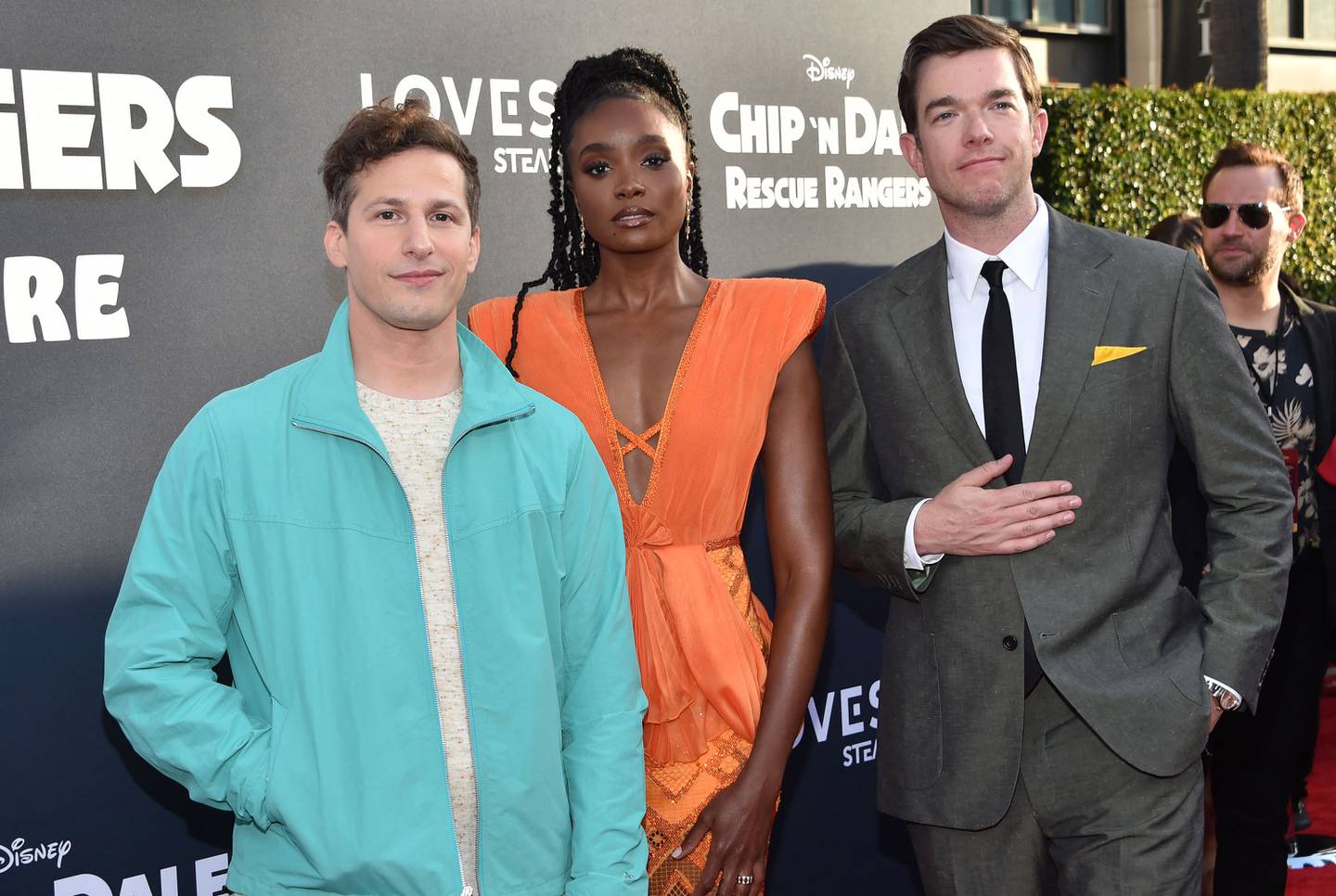 The film is directed by Akiva Schaffer (Saturday Night Live) written by Dan Gregor and Doug Mand (Crazy Ex-Girlfriend) and is produced by Todd Lieberman (Wonder) and David Hoberman (Beauty and the Beast), with Alexander Young (Extinction) and Tom Peitzman as executive producers. 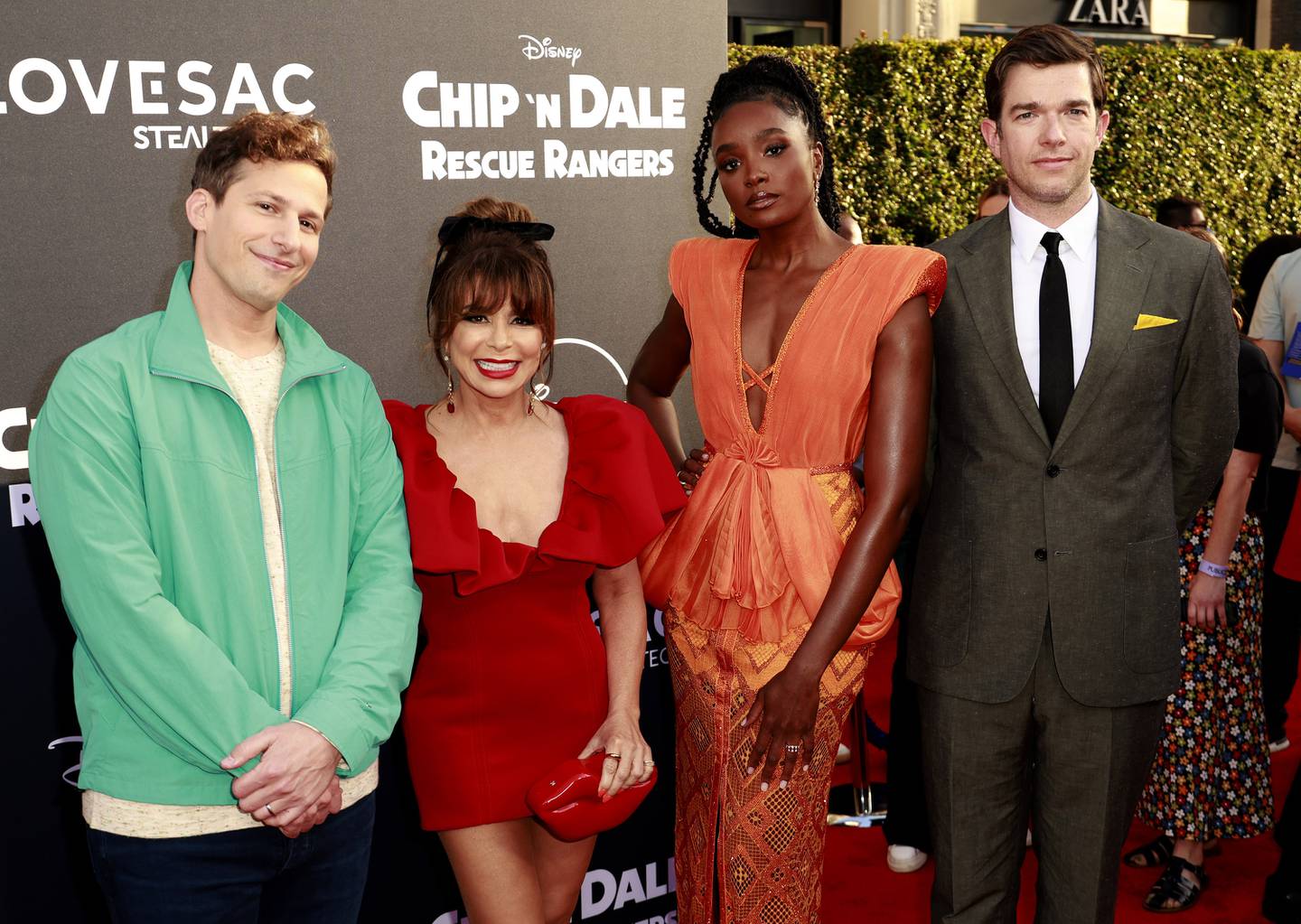 Chip ‘n Dale: Rescue Rangers is being released as a Disney+ original which means it will be heading straight to the company’s streaming platform. 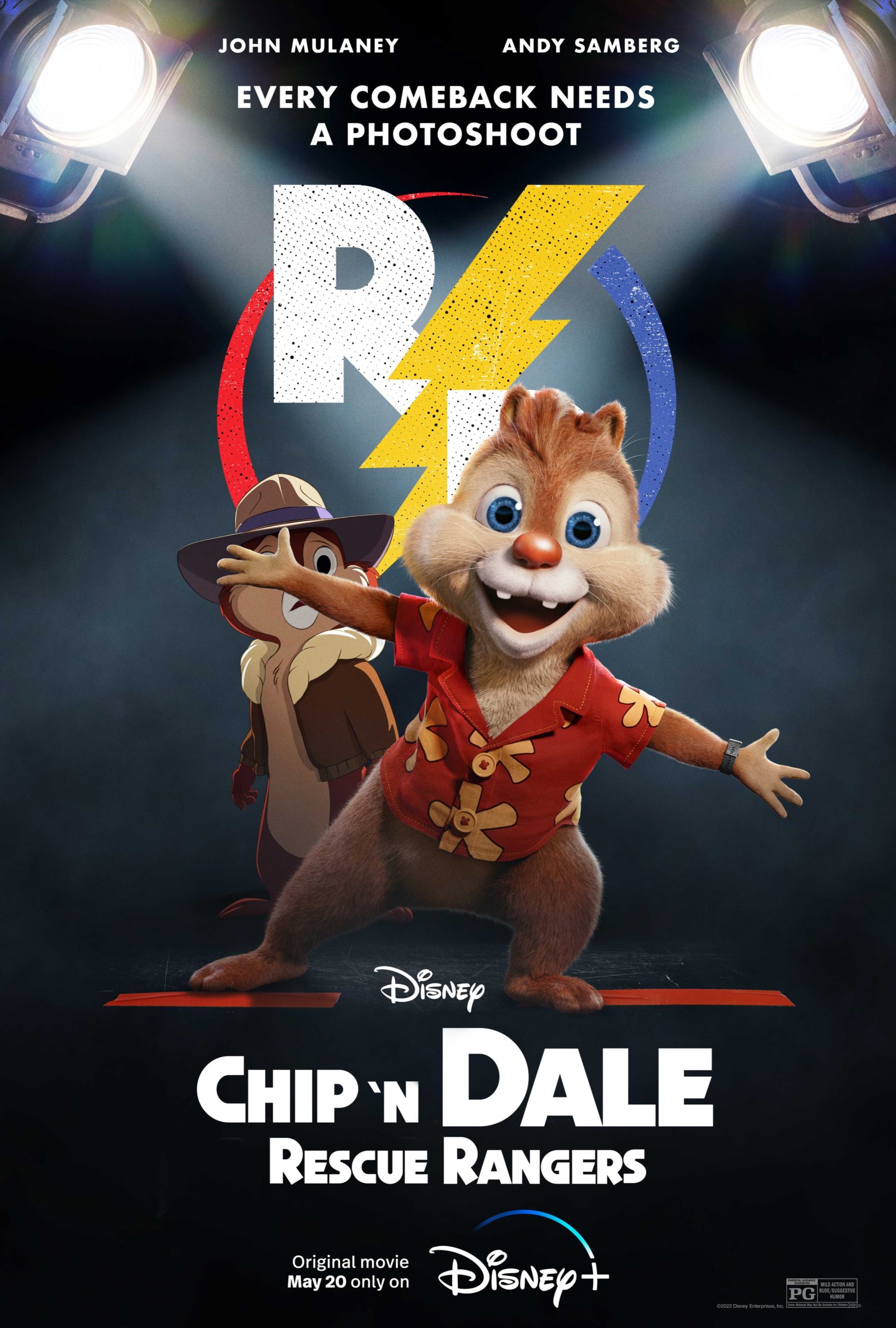 The film makes its Disney+ debut starting tomorrow May 20, 2022. 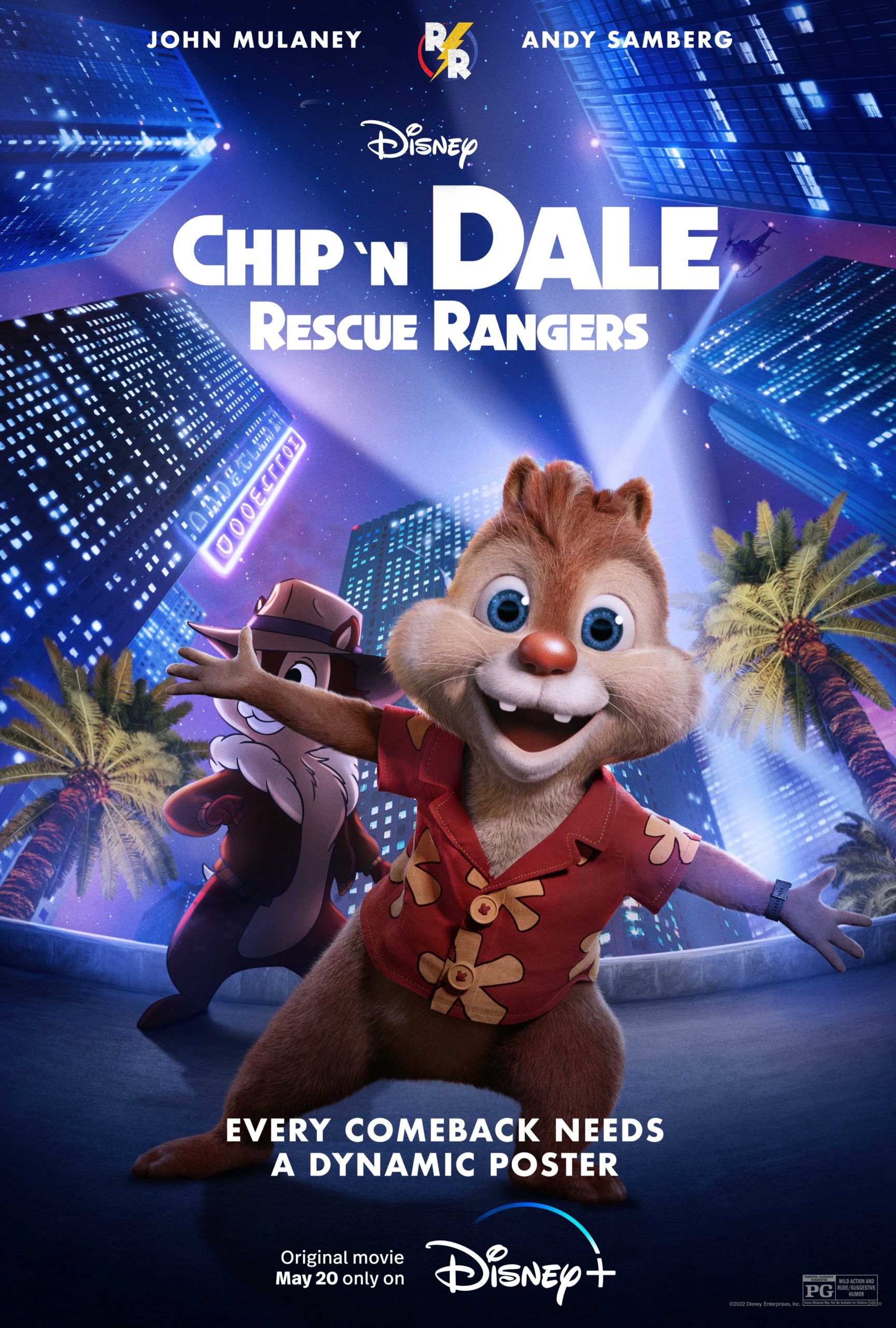 The movie will be available to viewers at midnight PT. 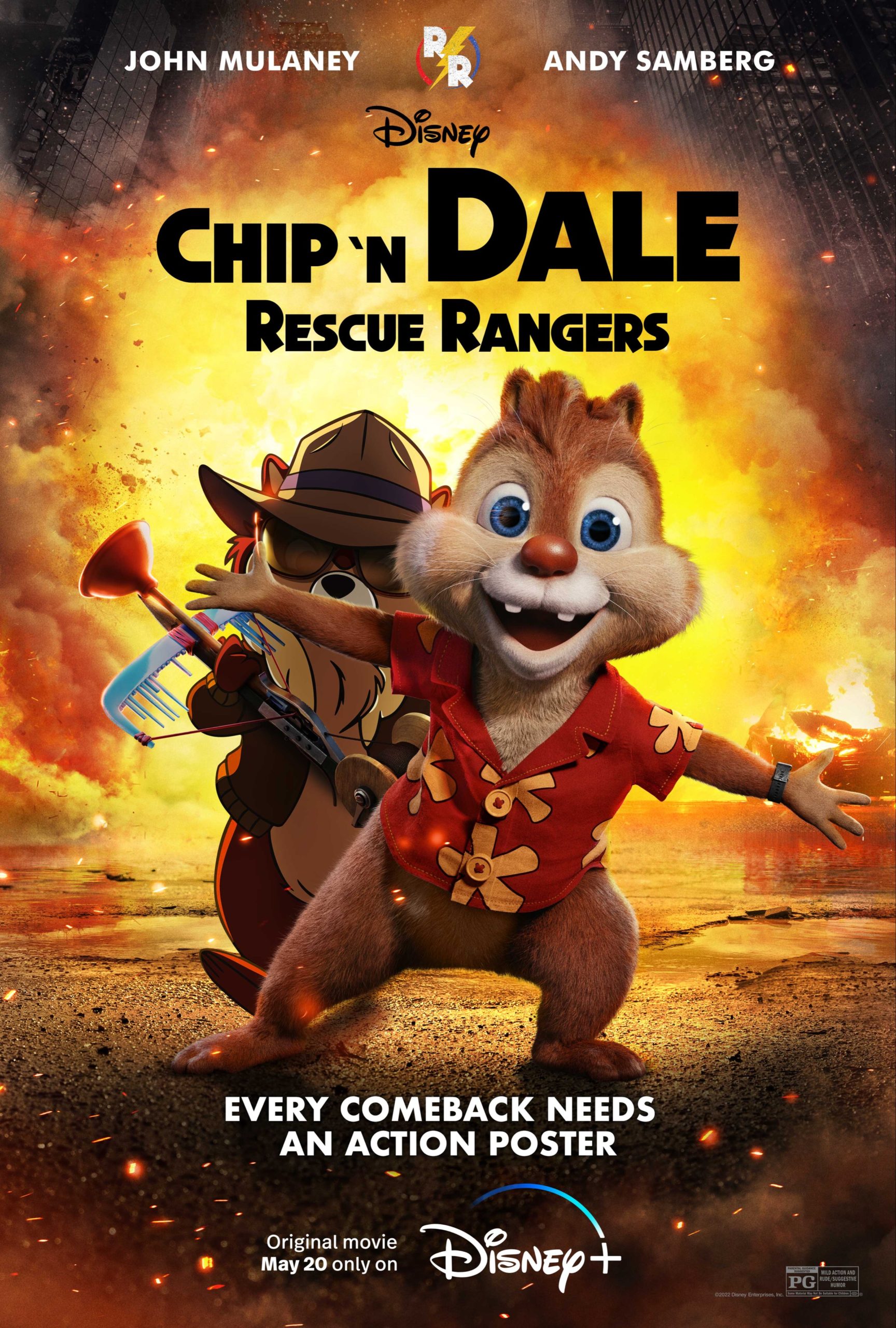 Disney released four different promo posters for the film and we think you’ll agree that each of them are equally adorable! 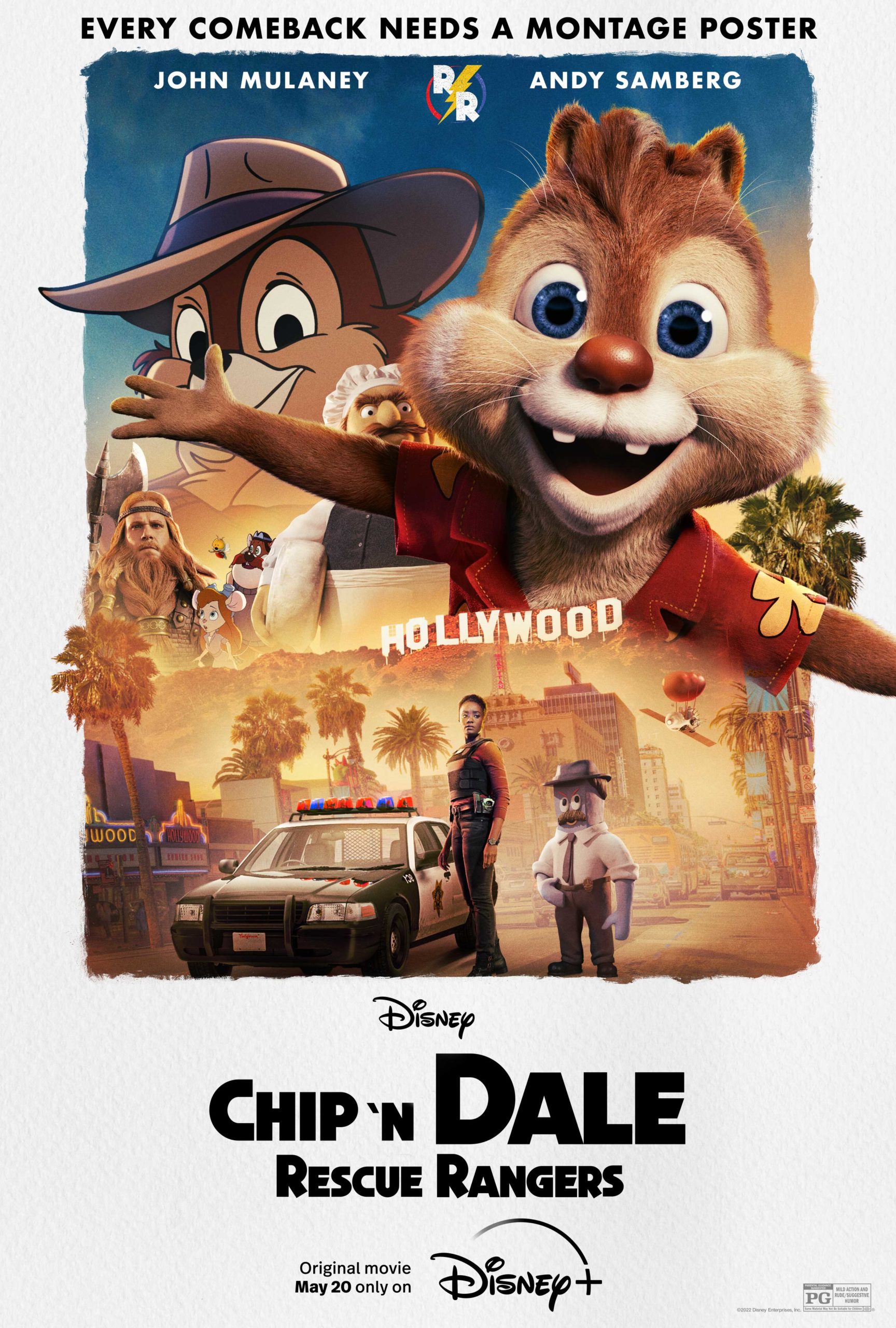 Readers are encouraged to keep following along with MickeyBlog for further Disney+ news and updates. We’ll also be coming to you LIVE! from the theme parks each and every week.