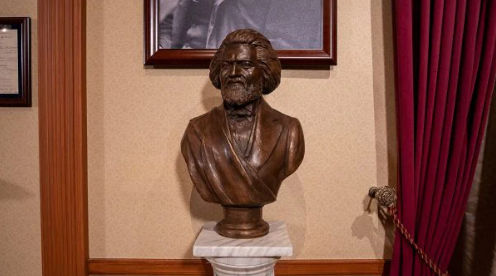 Any Disney historian will tell you that Walt Disney was fascinated with Abraham Lincoln. So much so, that the 16th president even has a home on Main Street U.S.A. Since 1965, guests have been able to experience an entertaining history lesson with Great Moments with Mr. Lincoln.

In the building where this attraction is housed, you’ll also find various tributes to inspirational American heroes. We’re excited to reveal that a recent addition to this installation is a new piece honoring Frederick Douglass. 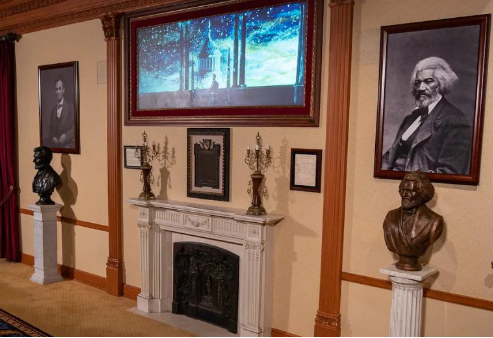 Douglass played a crucial part in our nation’s fight against slavery.  It seems only fitting that his bust should be added to Great Moments with Mister Lincoln since the president signed the Emancipation Proclamation which took effect on January 1, 1863. 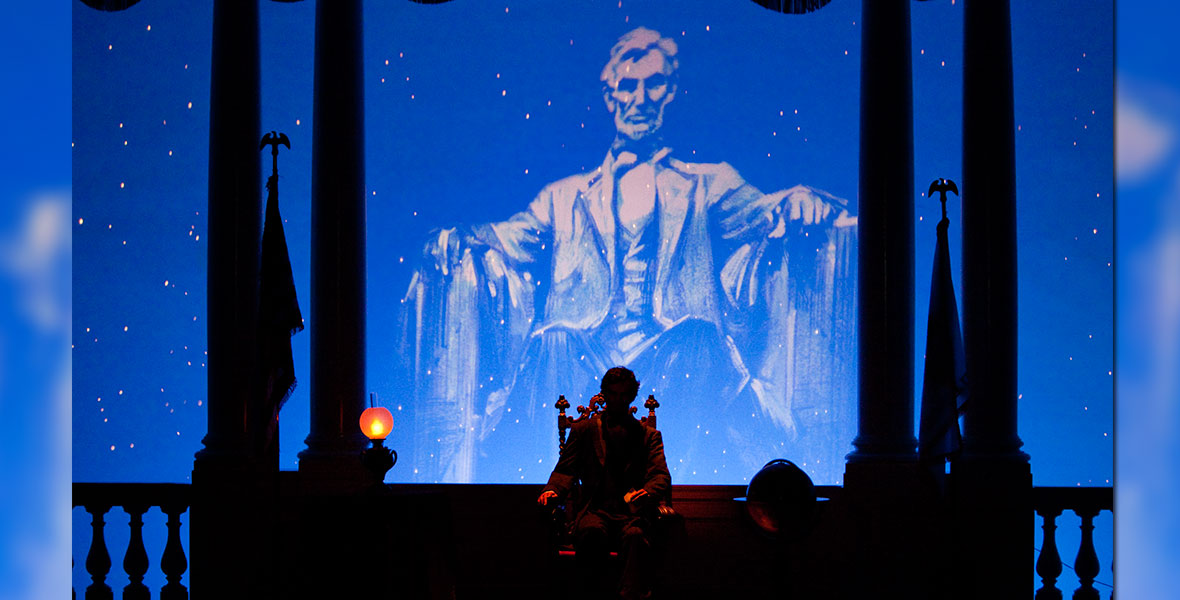 As you can see from the images above, the bust and portrait of Frederick Douglass has been added near the existing bust and portrait of Abraham Lincoln.  Also in the exhibit is a framed copy of US Department of the Interior letter recognizing Douglass as a free man. The two busts side-by-side symbolically tell the story of how the two leaders have worked together.

Douglass was born in Maryland in 1818 and was a slave until escaping in 1838.  During his enslavement, Douglass learned to read and write and became known as an incredible orator.  He settled in Massachusetts with his wife Anna Murray and became a powerful speak who was a figurehead in the abolitionist movement. 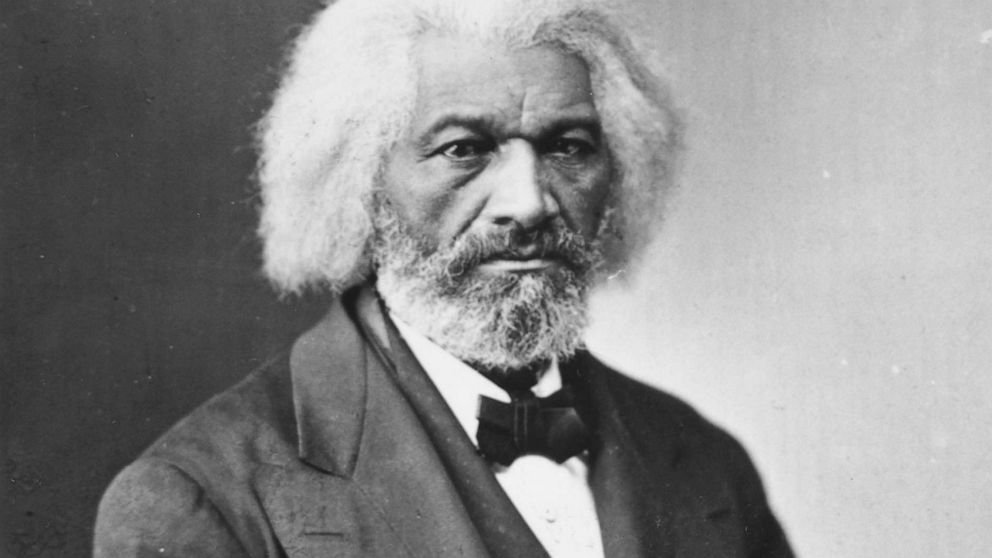 In 1845, Frederick Douglass wrote his first autobiography “Narrative of the Life of Frederick Douglass, an American Slave.”  Adding the bust of Douglass to Great Moments with Mr. Lincoln is a part of Disney’s ongoing efforts to update attractions to reflect the rich diversity of important stores.