After decades of entertaining families at Disney’s Polynesian Village Resort, “Disney’s Spirit of Aloha” Dinner Show has officially ended its run at the tropical resort, based on recent announcements. Today, we popped over to take a closer look at work to transform the site into its next purporse: a Disney Vacation Club resort. 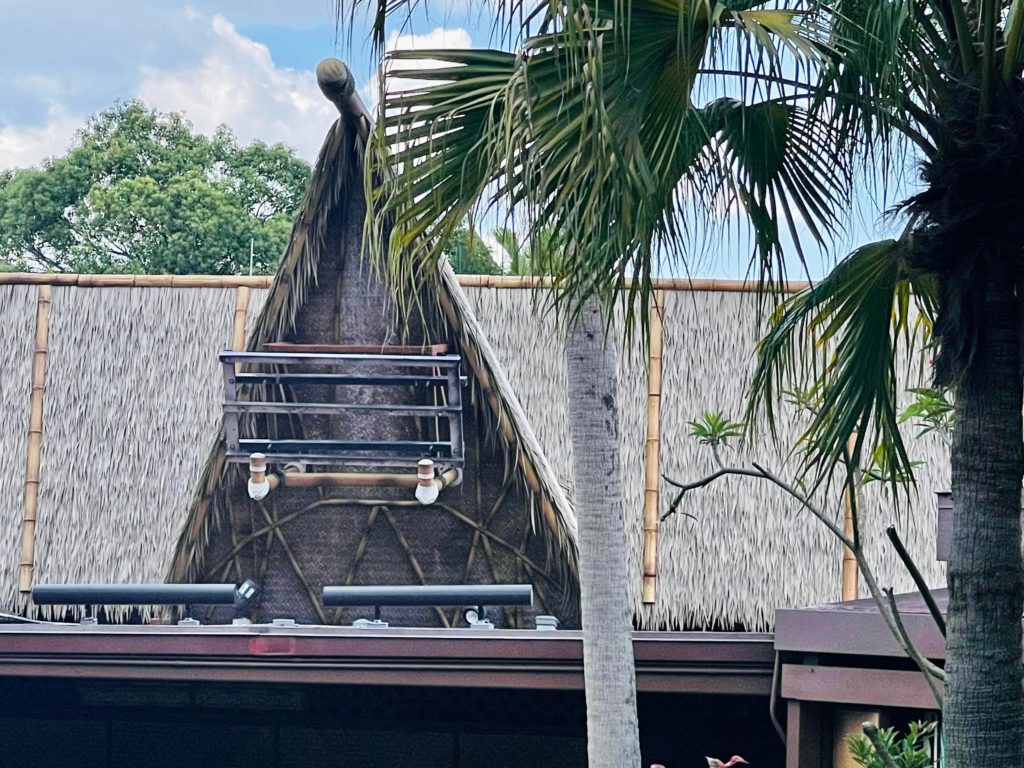 Closed two years ago due to the COVID-19 pandemic, the Spirit of Aloha never made its return to Walt Disney World Resort. In the past few weeks, we have learned much more about the plans for the space.

Today in a visit to the peaceful oasis, the triangular signs that once hung at Luau Cove have been taken down. The entire stage and seating area will also be removed in the coming weeks. 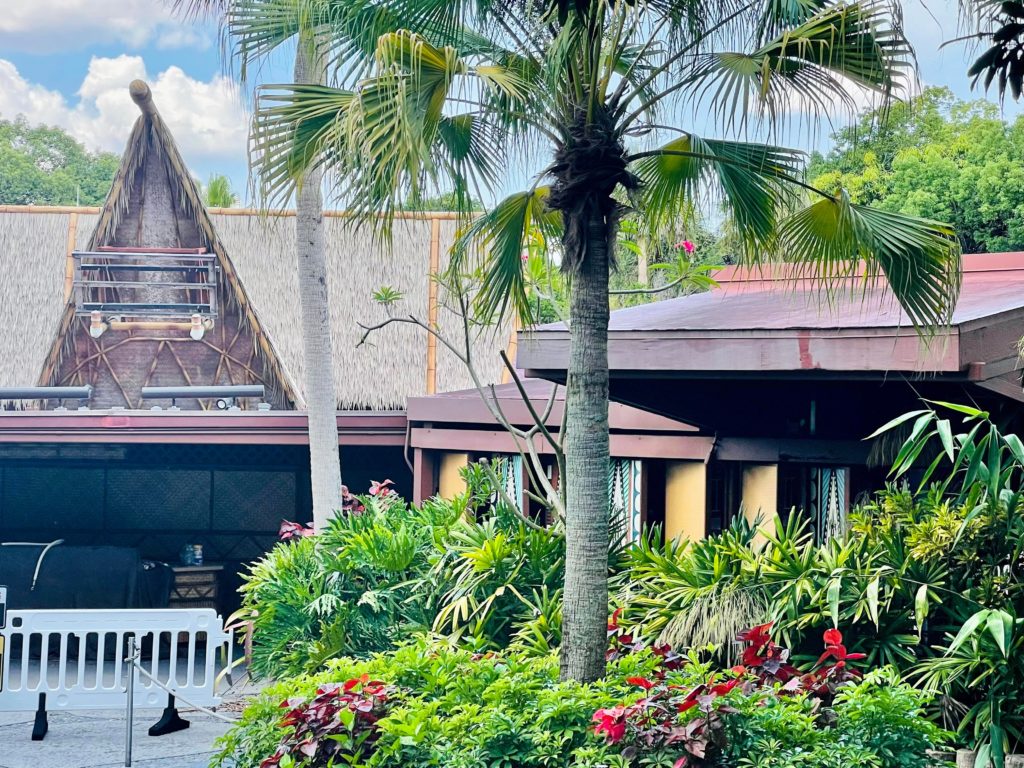 In exciting new though, a Disney Parks cast member did share with us today that he believed the luau will return eventually. The cast member suggested that show might be part of the new DVC area or even move to closer to the lagoon. 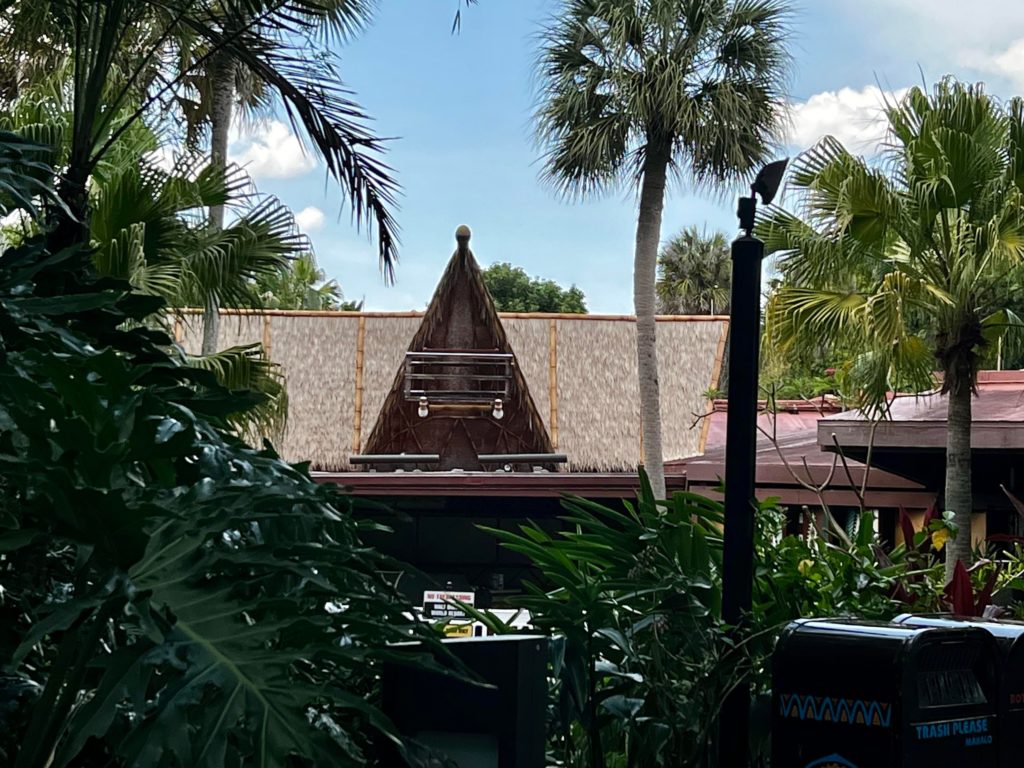 He went further in a conversation with MickeyBloggers Greg and Elyssa to share that the space may possibly move near Tangaroa Terrace building. That location allows the show to sit near Bay Lake, providing a more authentic water locale. 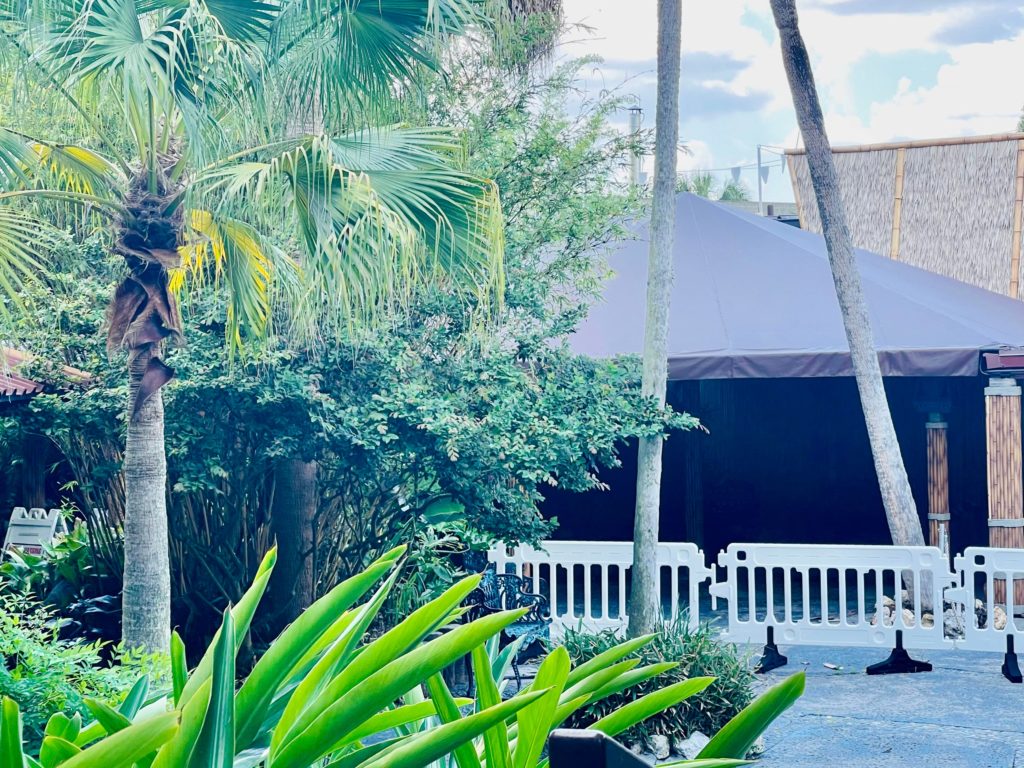 Traditionally, luau often occur near water and join the people of a village or town together to celebrate an important milestone like a birthday or major life event. The change in scenery would assuredly provide a bit more tranquility for the entertaining show. 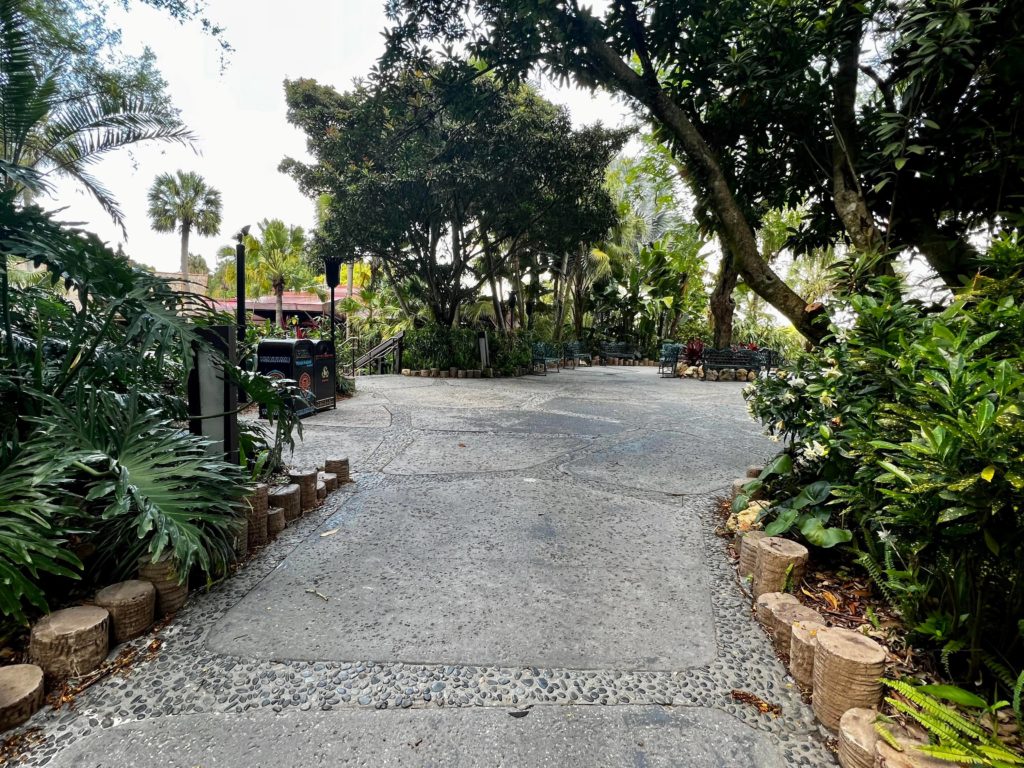 In mid-March, Disney Parks officially announced that the “Disney’s Spirit of Aloha” Dinner Show would not be returning to the resort. A tradition for many families, the experience featured traditional Polynesian food as well as cultural dances and music. In later years, quite a bit of a humor also highlighted the crowd-involved show. 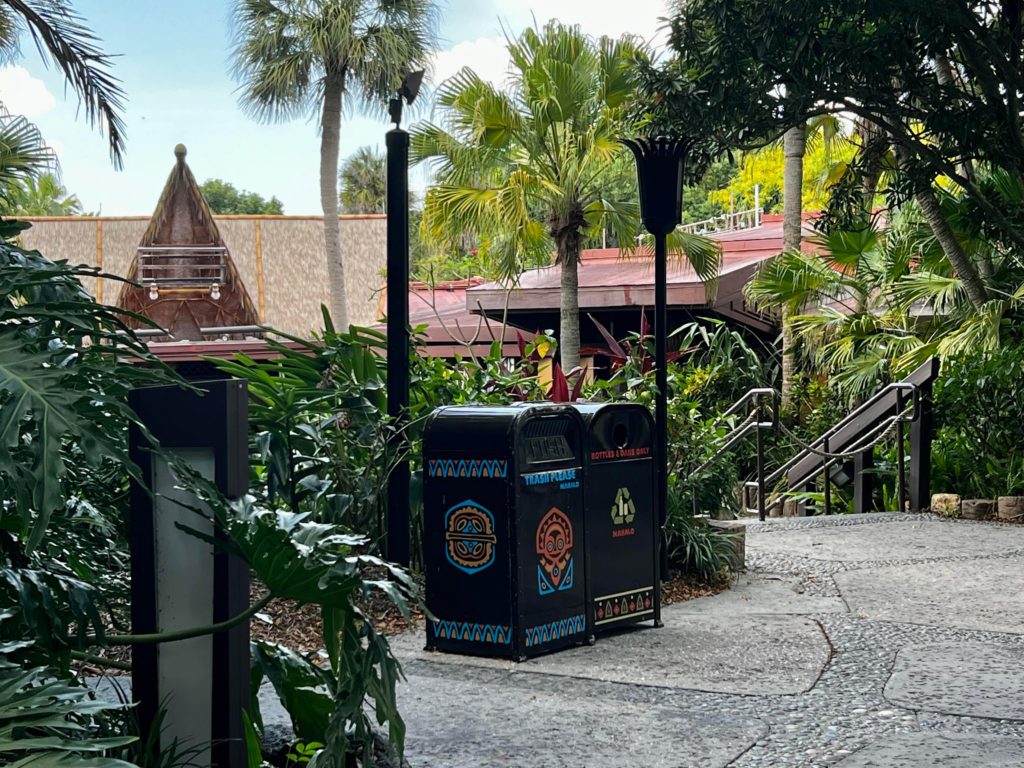 Now, the space will provide a different type of memory for guests once construction wraps on the new DVC tower coming to the space and projected to open in 2024.