The walls outside of the Magic of Disney Store greet guests as they enter the main terminal of Orlando International Airport (MCO). The always-whimsical walls have long added a touch of parks magic before even leaving the airport for “the most magical place on Earth.” 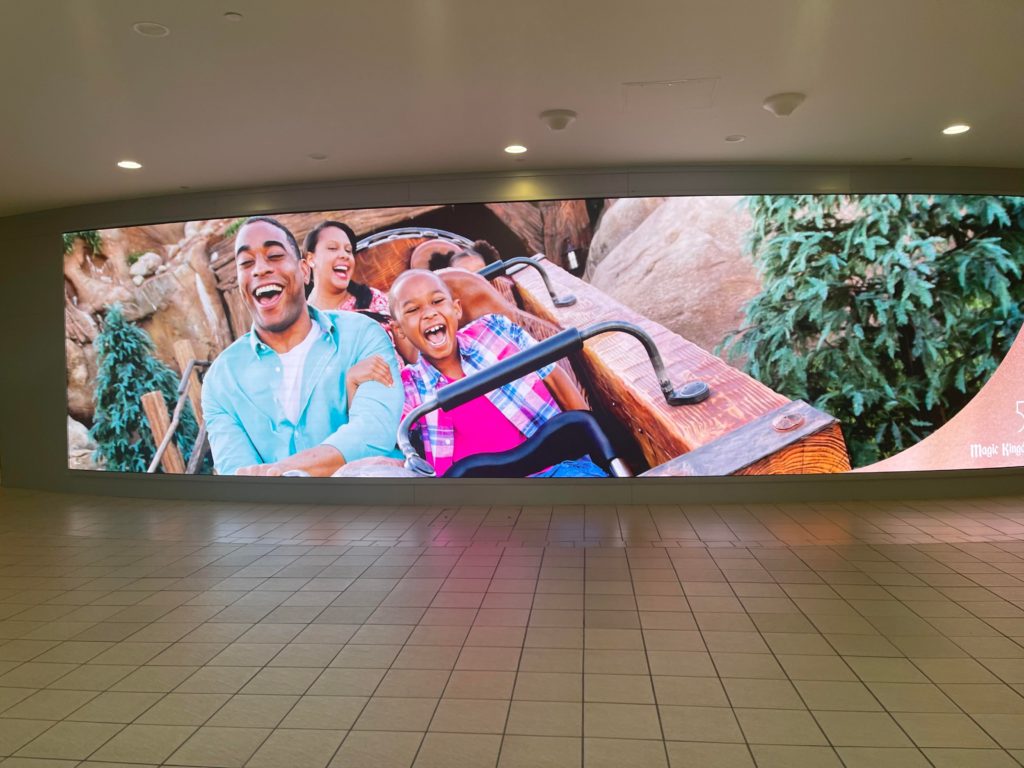 For years, a statue of Mickey and his pals offered a stellar photo opportunity. Then, last year, Disney removed the statue and installed a panoramic projection screen that rotated through four EARidescent images celebrating the Beacons of Magic, a new lighting installtion on the four theme park icons at Walt Disney World in honor of the resort’s 50th anniversary. 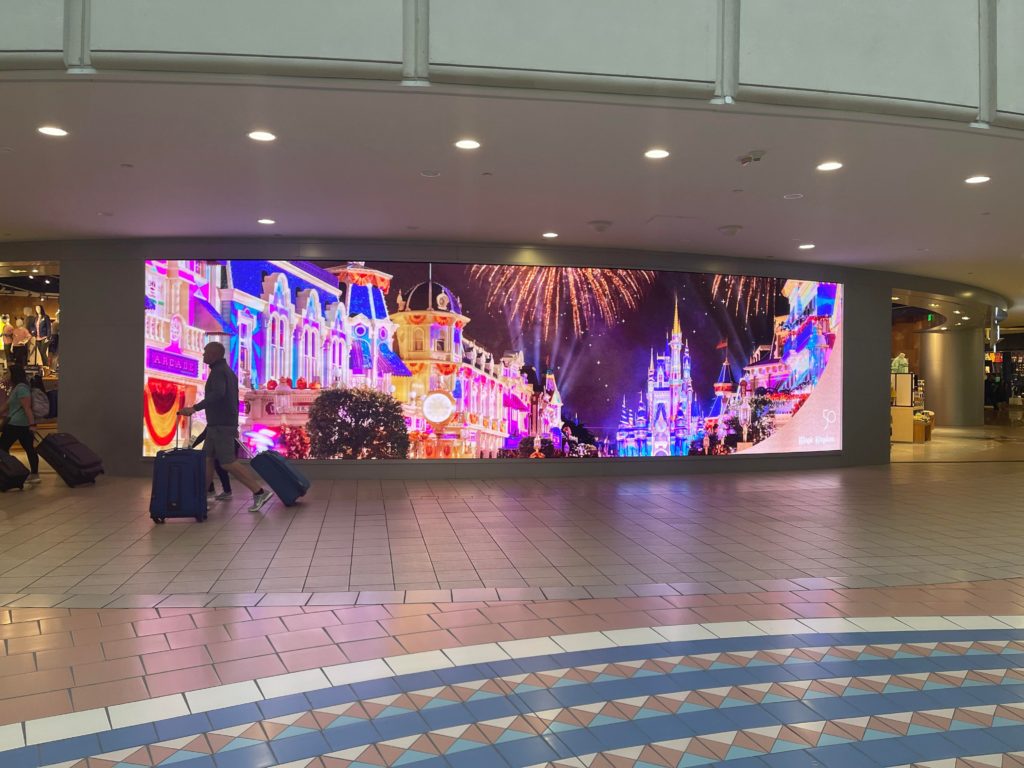 This week, Disney Parks revealed a collection of new images that not only feature iconic structures at the theme parks but also an abundance of photographs that capture the smiles and excitement of a day at Walt Disney World. 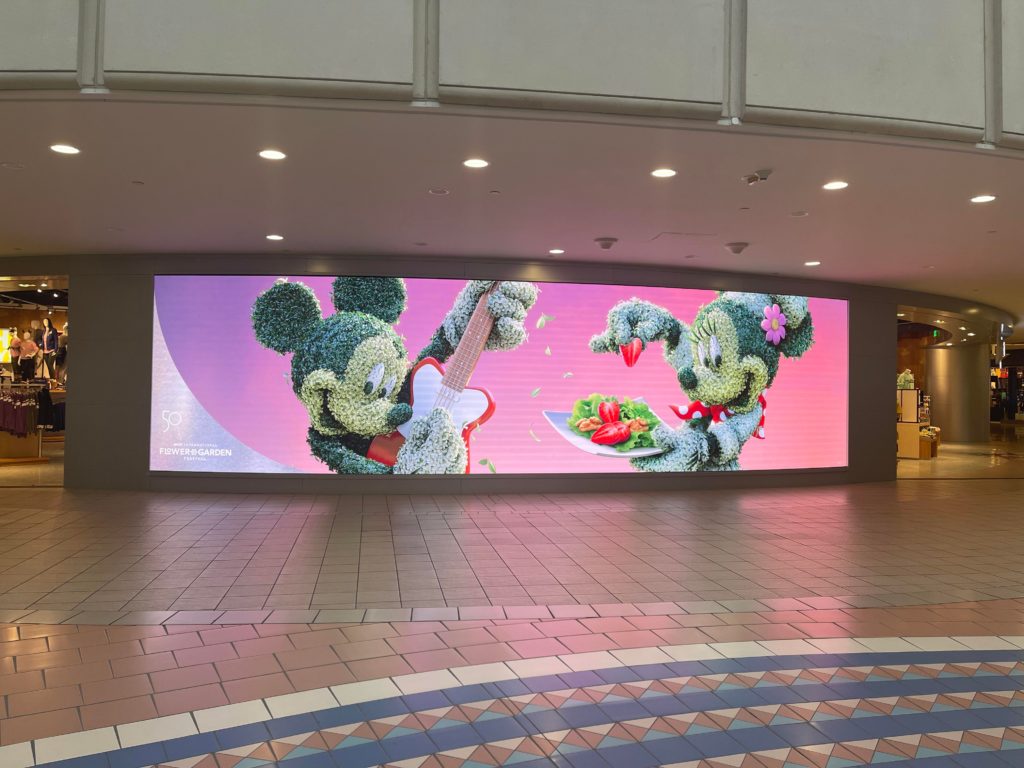 From a riveting ride on Slinky Dog at Hollywood Studios to a relaxing walk through the EPCOT International Flower and Garden Festival, the new graphics introduce guests to the experiences that await them during their trip. 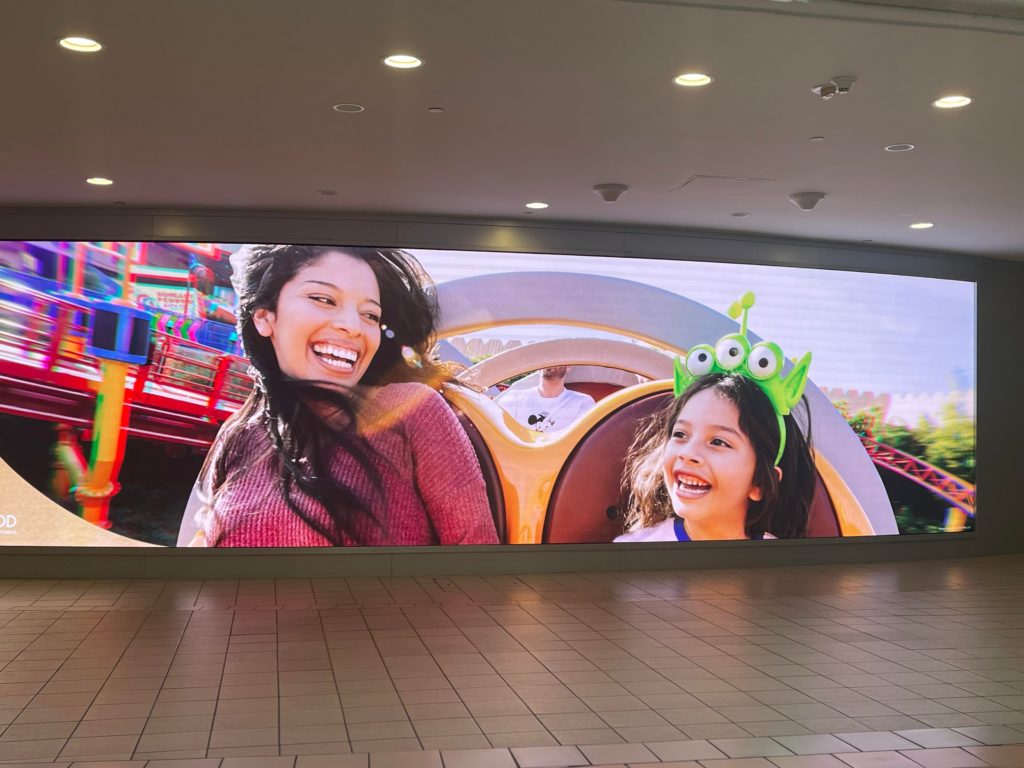 Rather than rushing by, guests may want to take a minute to explore the slideshow. The captivating shots bring such joy, and each one features some kind of 3-D effect. For example, the car for Slinky Dog Dash appears to move back and forth while the images of Disney Enchantment actually include bursting fireworks over Cinderella Castle. 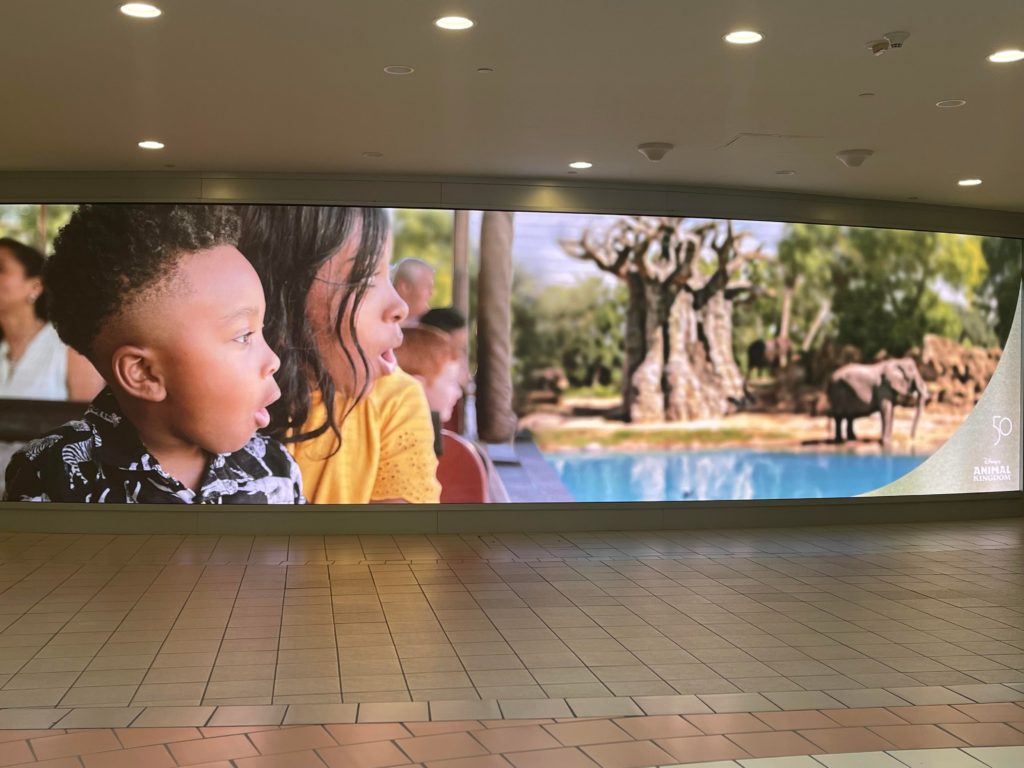 Entering its seventh month of its 18-month-long festivities, the 50th anniversary logo appears on the vast majority of images, reminding MCO guests of “The World’s Most Magical Celebration.” 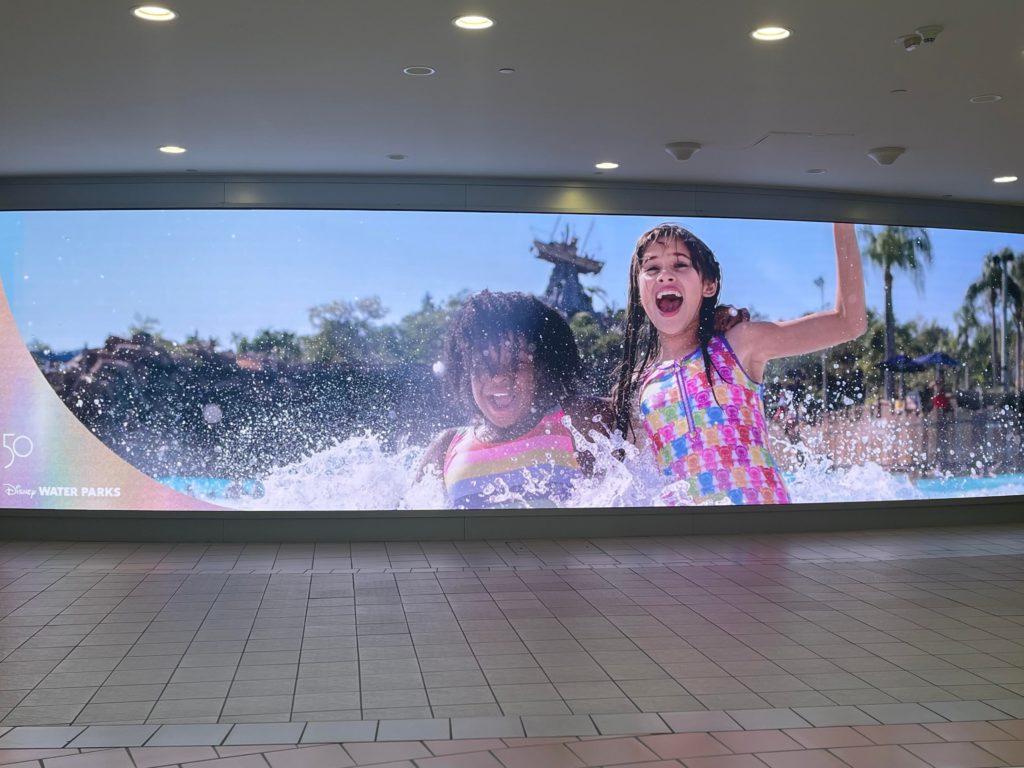 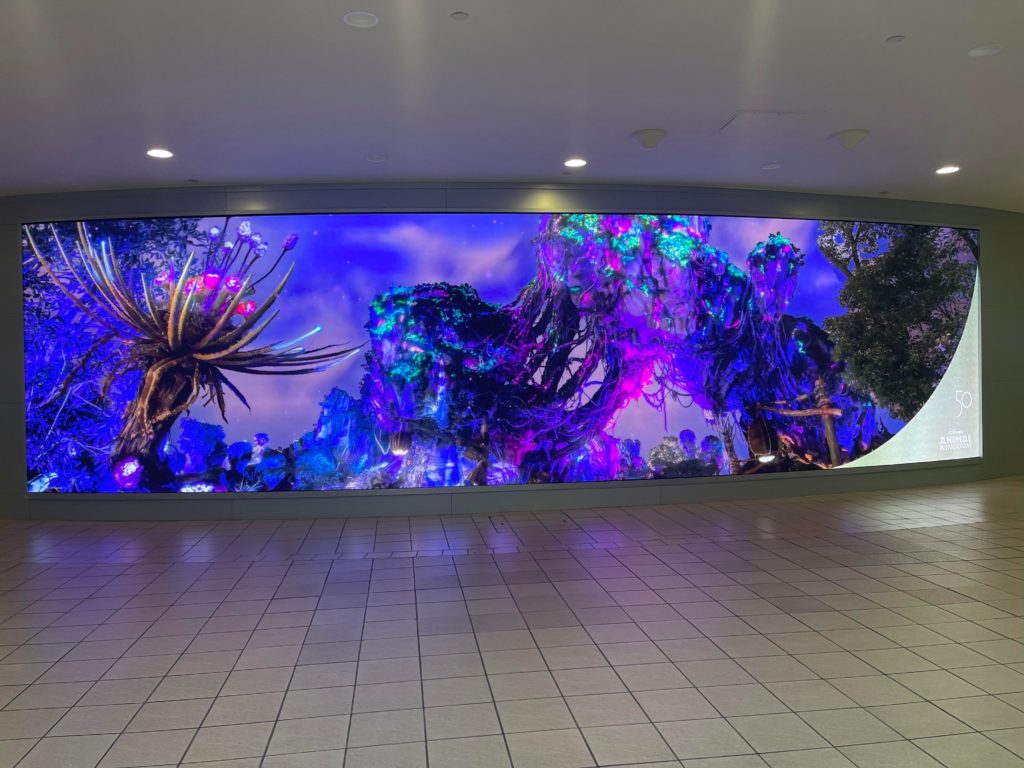 Of all the images, make sure to catch a couple taken at night, including one at Pandora-World of Avatar at Disney’s Animal Kingdom and the Millenium Falcon at Star Wars: Galaxy’s Edge at Disney’s Hollywood Studios. The images certainly brightened our spirts as we head home today and make for yet another thing to look forward to during our next visit.