Tarzan’s Treehouse To Be Reimagined at Disneyland Park

Tarzan’s Treehouse in the Disneyland Park will be reimagined when the attraction opens to guests once again, as confirmed by Disneyland officials today.

This is the first news since the walk-through attraction closed in September, with no reason given when construction walls and tarps started going up. 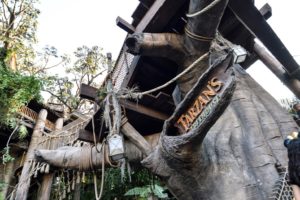 The current rumors surrounding the remaining all focus on the smash success Encanto, which was released late last year to rave reviews.

Ever since then, fans have swirled rumors of the characters making their way into the Disney Parks, and taking over attractions such as the treehouse. 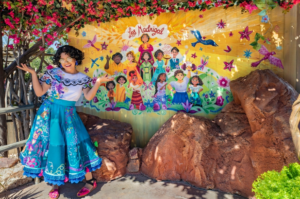 With Disneyland adding Encanto into multiple places at the park, including adding a new float to the beloved Main Street Electrical Parade as well as a meet-and-greet for Mirabel, it’s easy to see.

Fans expect Tarzan’s Treehouse to be reimagined into Antonio’s treehouse room that he receives once he opens his door to reveal his gift. 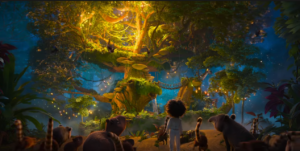 The Treehouse has been a staple of the Adventureland skyline since its opening in 1962, standing close to the world-famous Jungle Cruise.

Upon opening, the treehouse was themed after the Swiss Family Robinson, as seen in the Magic Kingdom, until 1999 when Tarzan swung in and took over. 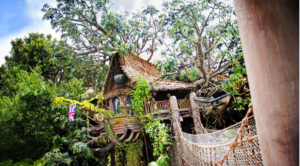 The only other treehouse to take on the Tarzan theming stands in Hong Kong Disneyland, with no news on if their walkthrough attraction will remain based upon the 1999 film.

Changing the theming to Disneyland Paris’ and Magic Kingdom’s versions would definitely bring some new life to the attraction, which mostly gets passed over by visitors. 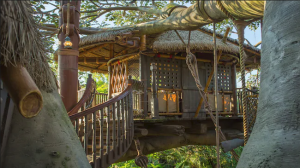 Are you excited to see what will be taking residency in Tarzan’s Treehouse? Let us know your thoughts in the comments below.