Disney Springs is Ready for “Doctor Strange in the Multiverse of Madness!”

There appears to have been an exciting shift in the universe happen over at Disney Springs. Why?

Because everyone is getting ready for the arrival of the upcoming movie: Doctor Strange in the Multiverse of Madness! 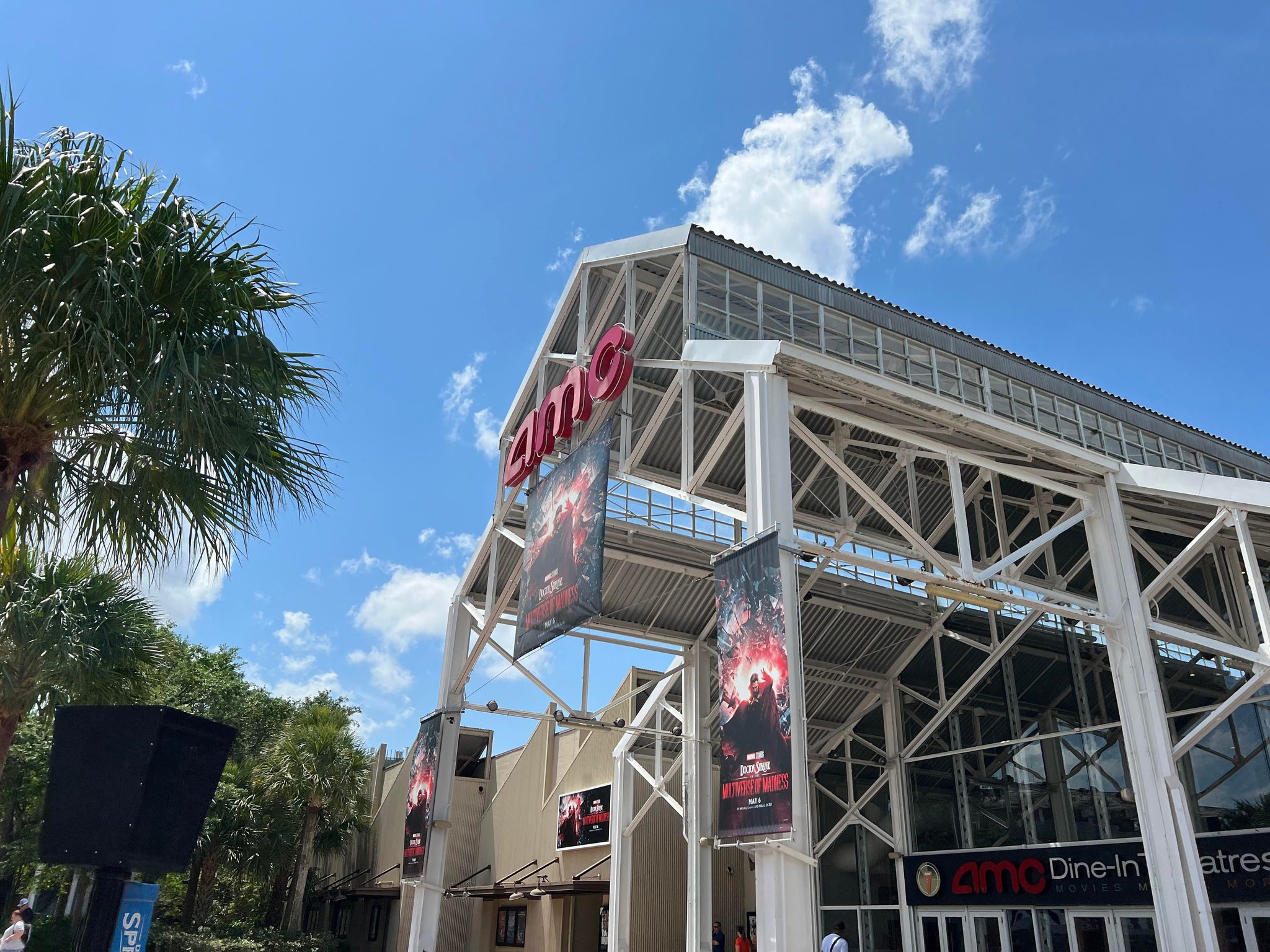 Over at the AMC Dine-In Theater, promotion is well and truly underway for the hottest new Marvel Studios blockbuster.

Huge posters and banners adorn the theater’s exterior, and it is really hyping up the excitement for the upcoming release! 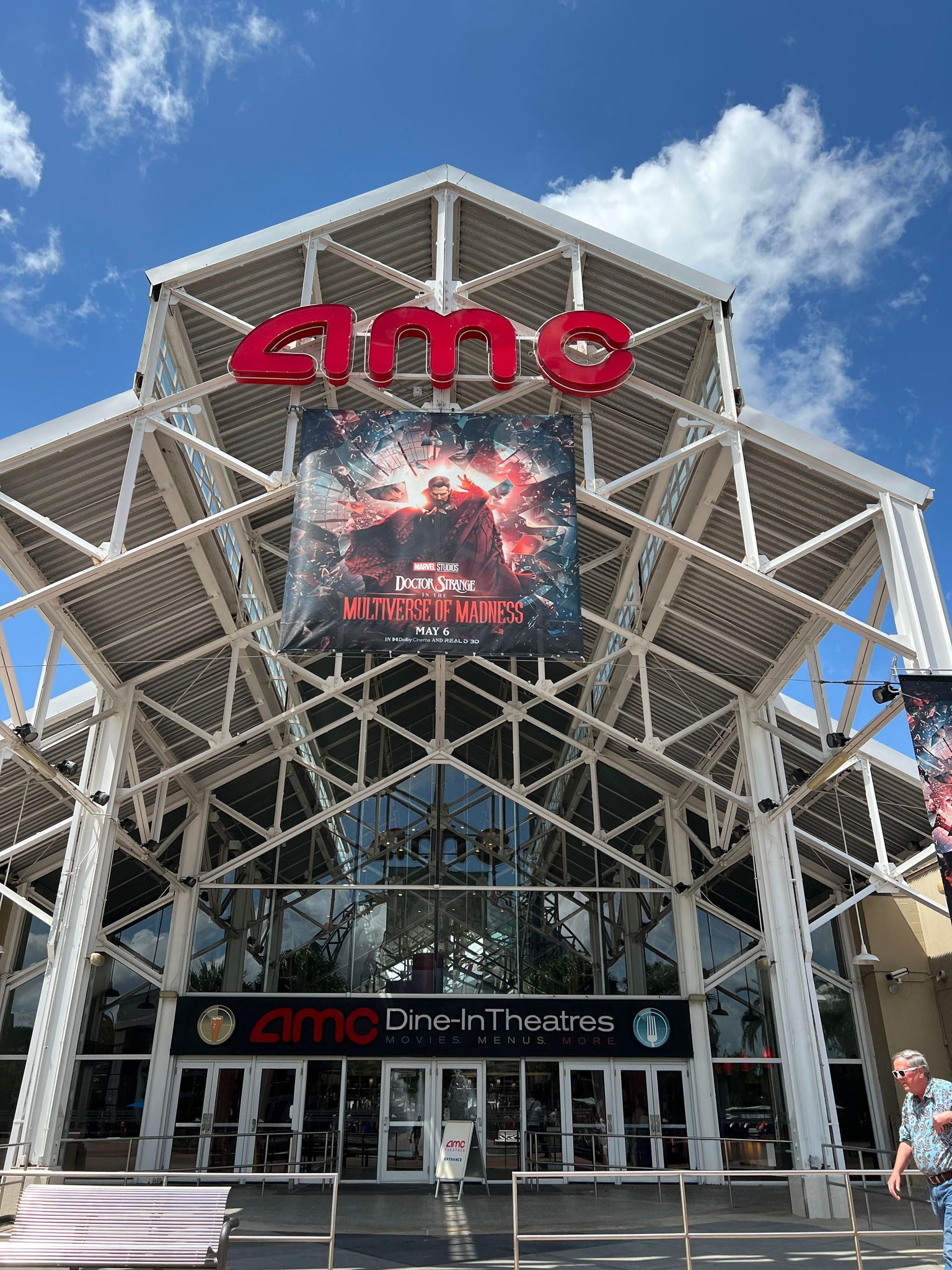 As you can see from the poster, the newest instalment in the Doctor Strange saga is set to burst on to screens on May 6th. It’s not long to wait now! 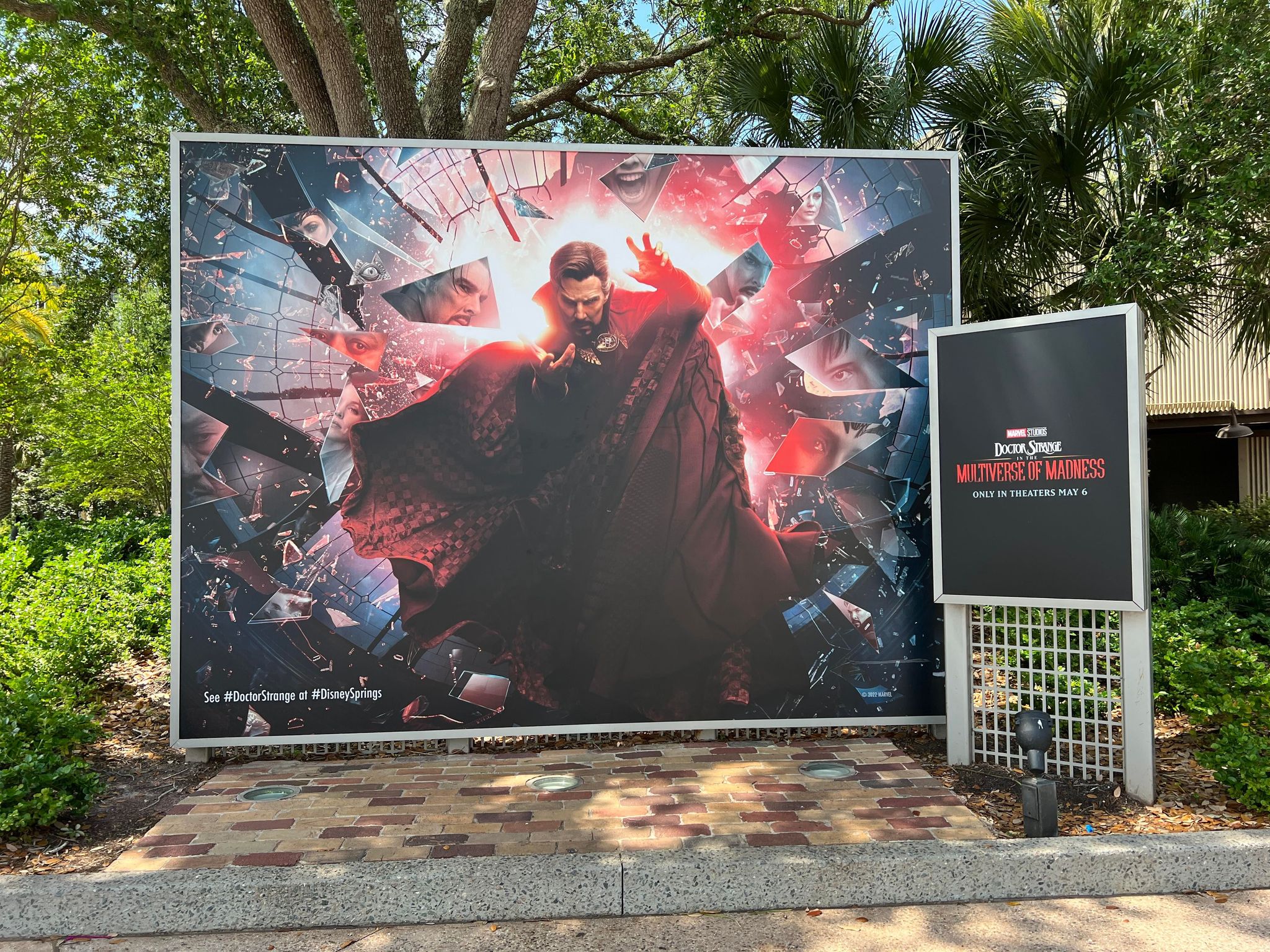 A large billboard has gone up next to the theater too, which makes for a great photo opportunity if you’re passing by. Don’t forget to copy the doctor’s powerful pose! 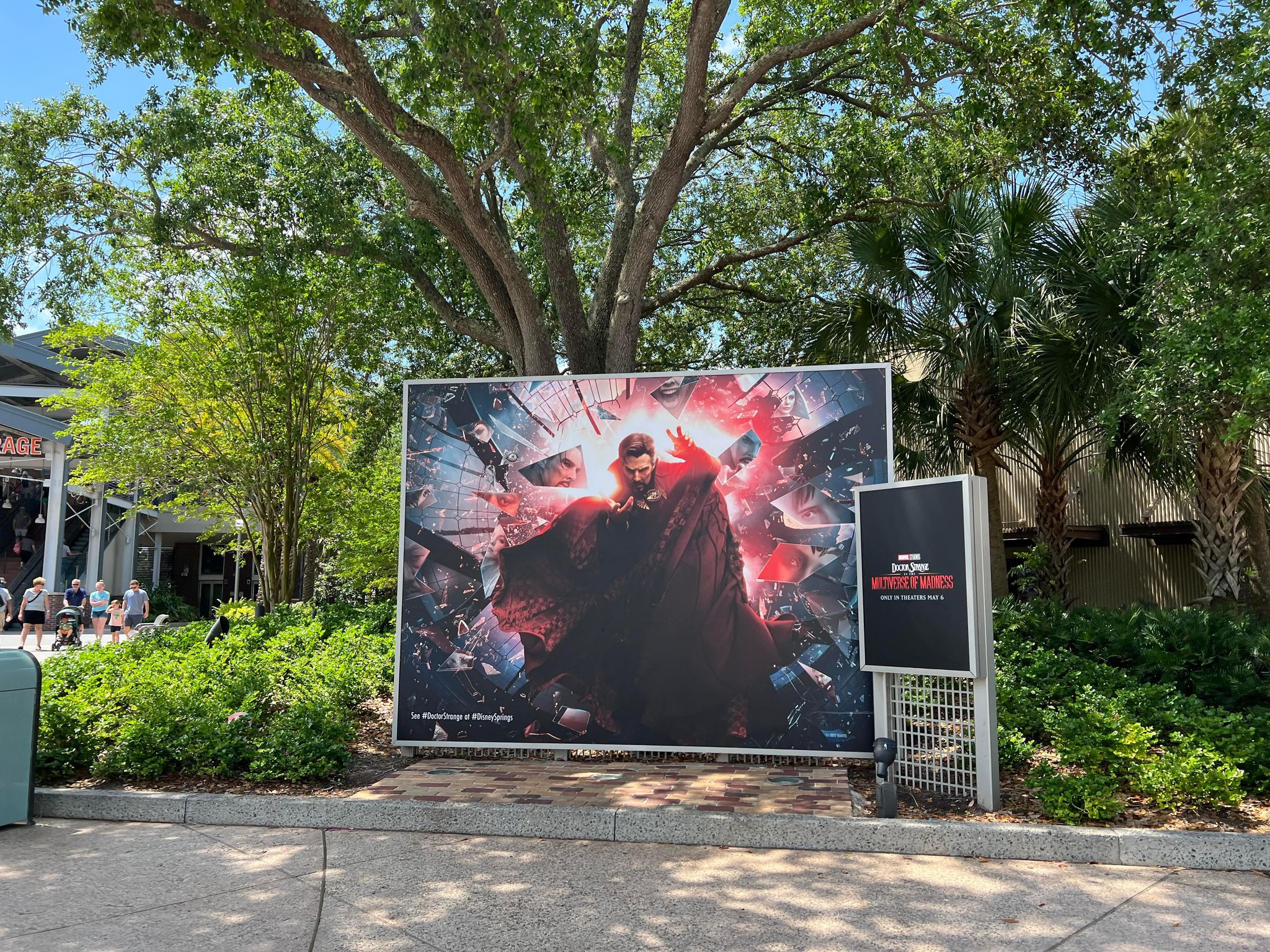 Tickets for this must-see new movie are set to go on sale from tomorrow, Wednesday April 6th, a month before the film bursts onto screens.

Be sure to book your seats early, as this movie is sure to be a sell-out! 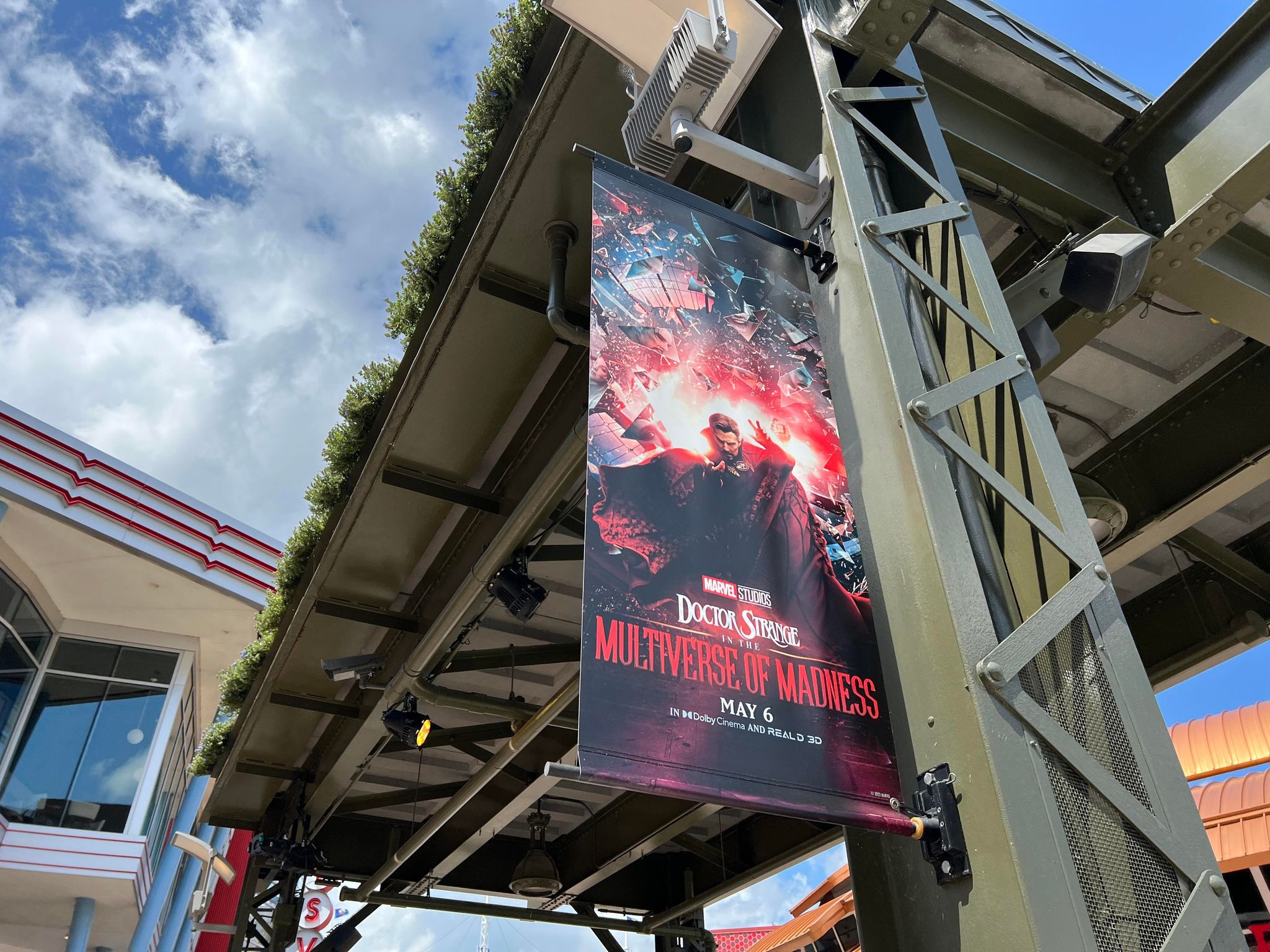 You can catch Doctor Strange in the Multiverse of Madness at the AMC Theater at Disney Springs.

Right in the heart of the Walt Disney World magic, there are few better places to catch the biggest new movies, surrounded by fans! 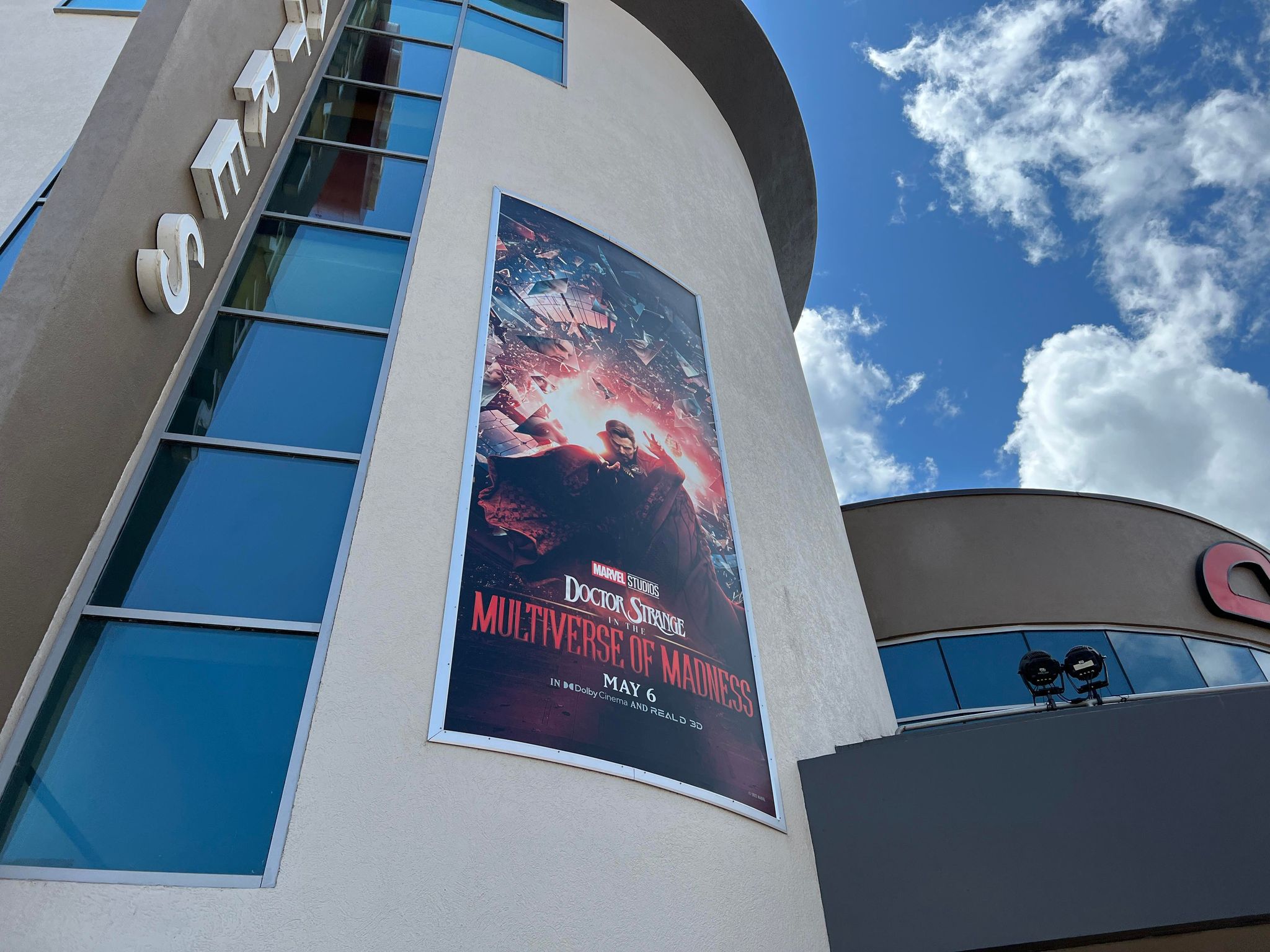 You can check out the official trailer for Doctor Strange in the Multiverse of Madness here. It is set to be an exciting release – will you be there at the Disney Springs AMC Dine-In Theater for its premiere this May 6th? 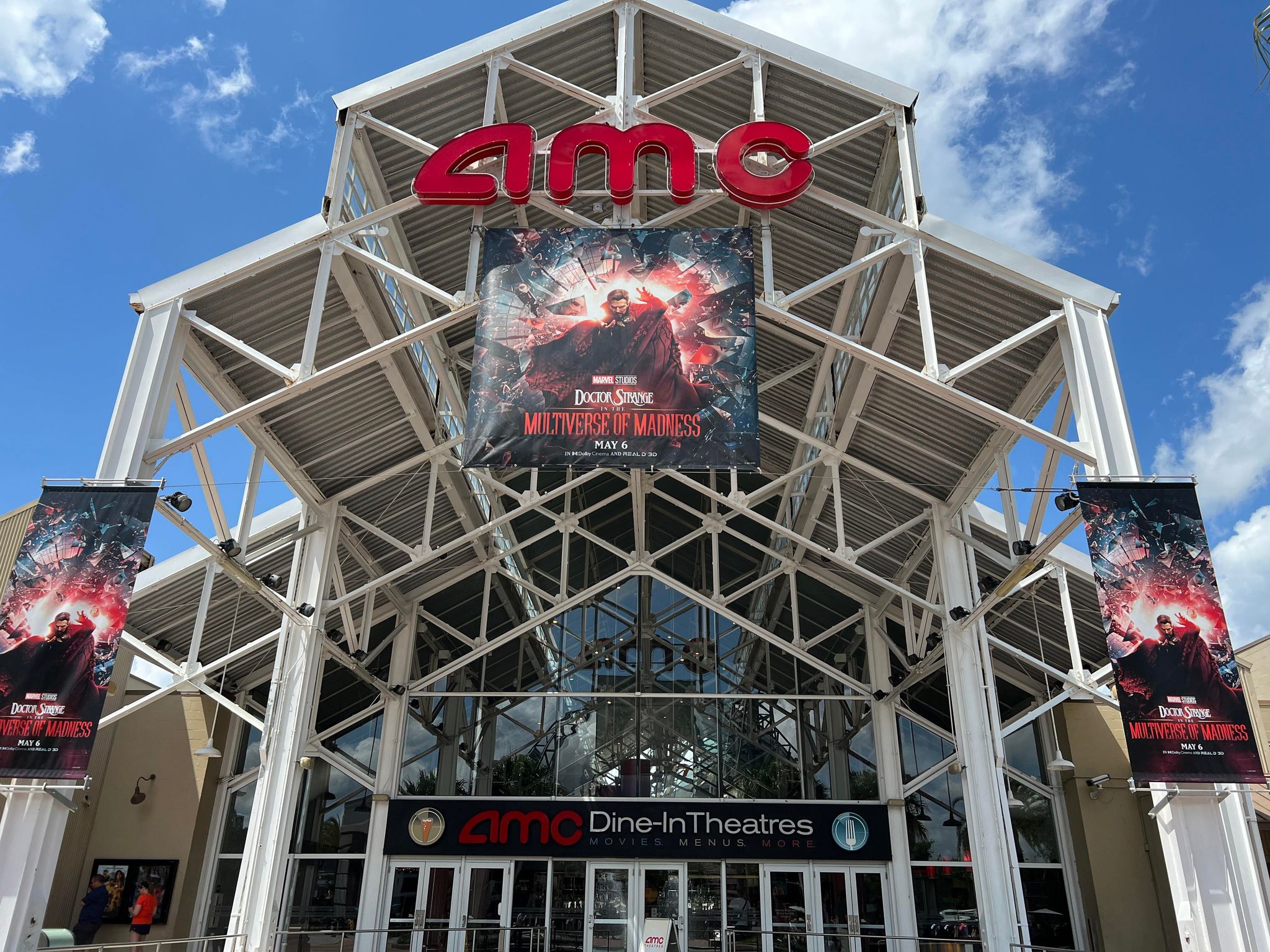