The AMC theater at Disney Springs is getting ready for the premiere of Marvel Studios’ Doctor Strange in the Multiverse of Madness. Take a look! 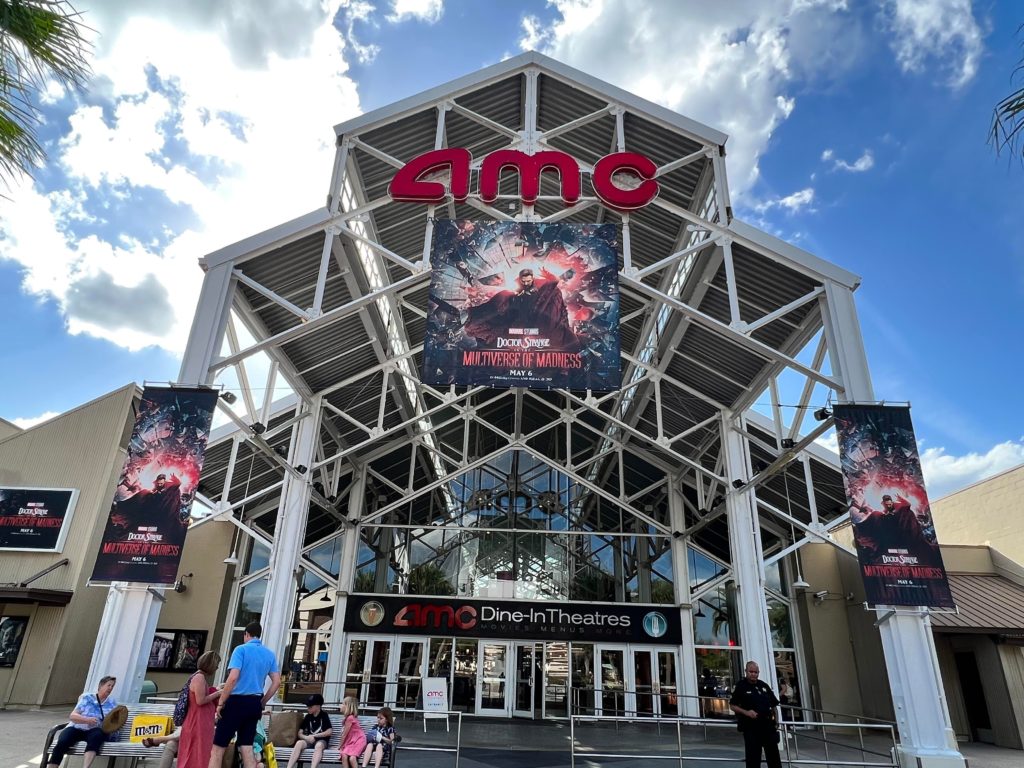 We first saw footage of the upcoming Doctor Strange film during the end credit scenes of Spider-Man: No Way Home. 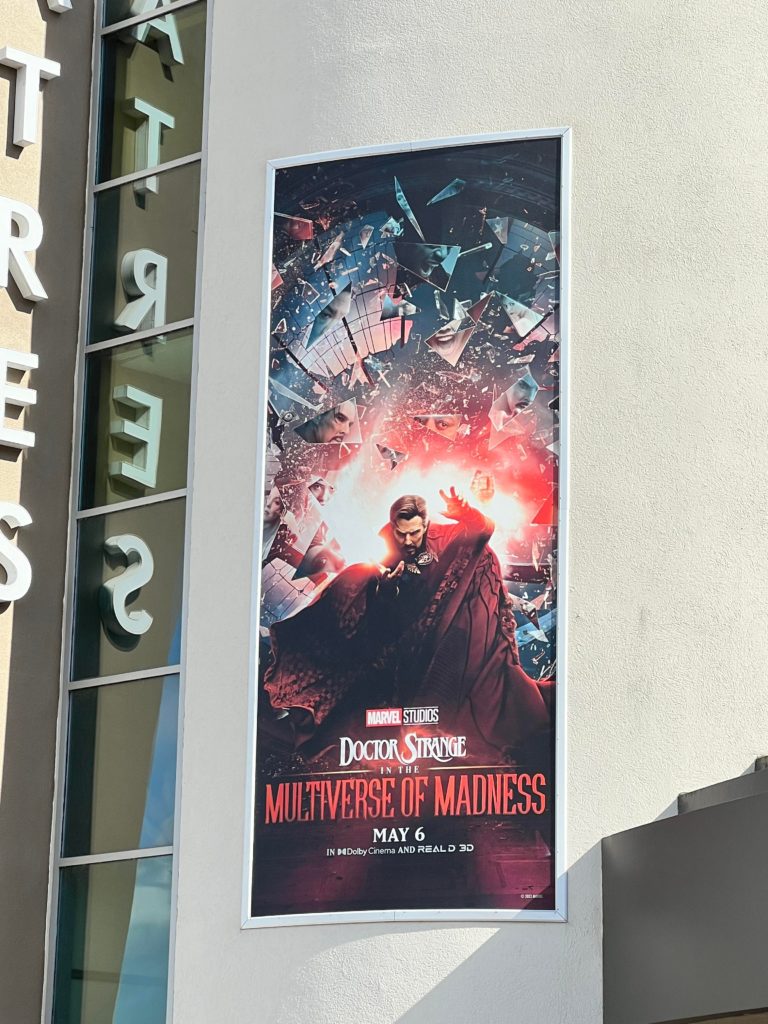 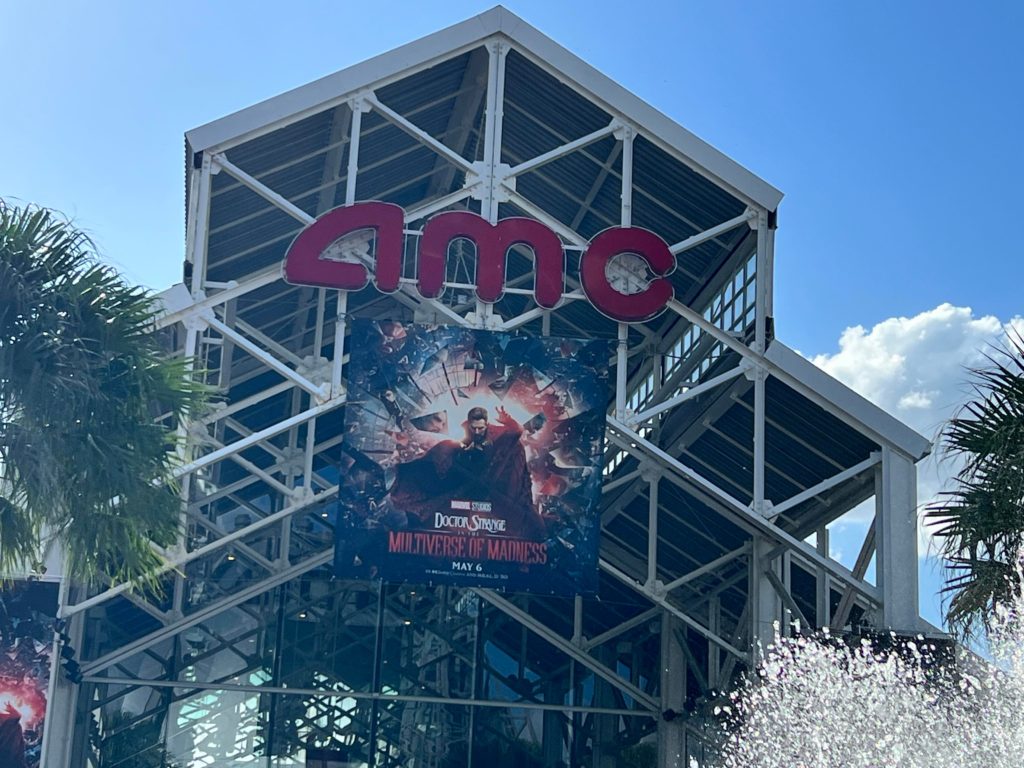 Journey into the unknown with Doctor Strange, who, with the help of mystical allies both old and new, traverses the mind-bending and dangerous alternate realities of the Multiverse to confront a mysterious new adversary. “Doctor Strange in the Multiverse of Madness” stars Benedict Cumberbatch, Chiwetel Ejiofor, Elizabeth Olsen, Benedict Wong, Xochitl Gomez, with Michael Stühlbarg, and Rachel McAdams. 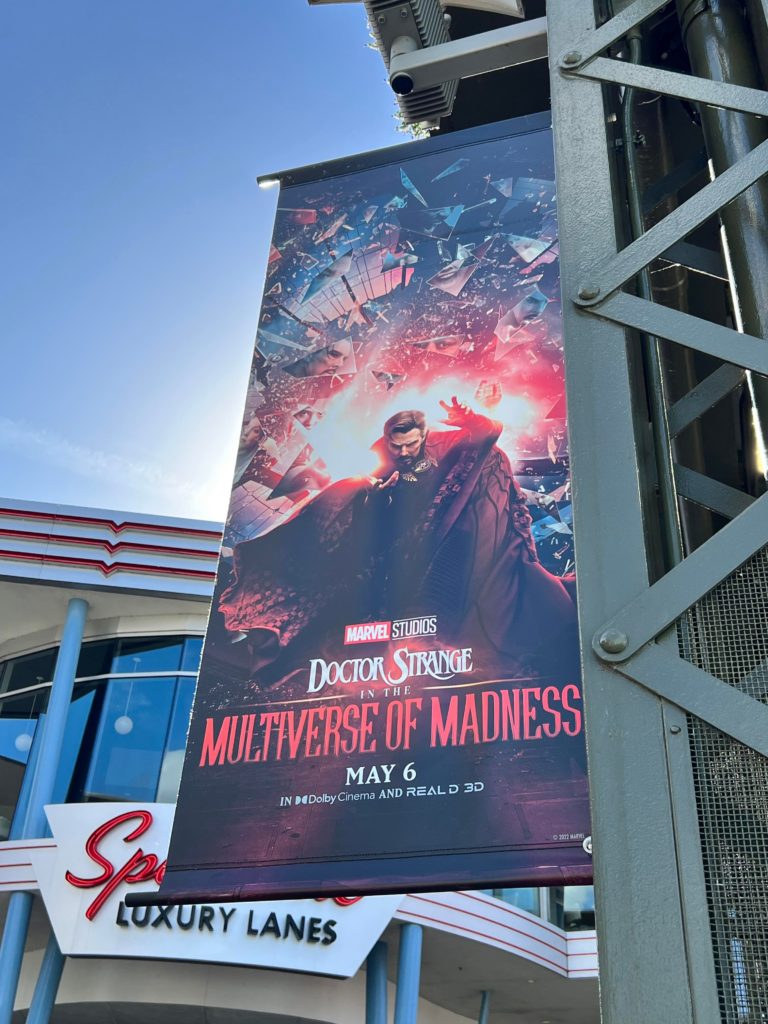 The film is directed by Sam Raimi, and Kevin Feige is the producer. Louis D’Esposito, Victoria Alonso, Eric Hauserman Carroll and Jamie Christopher serve as executive producers. The screenplay was written by Michael Waldron.

Doctor Strange in the Multiverse of Madness premieres in theater May 6, 2022.