Did Disney Plagiarize This Fan’s Artwork, and Try to Retract the Mistake?

Andrew Martin- an artist and avid Disney fan- is claiming Disney plagiarized a tiki music box design he created. Not only is he claiming they stole his design, but that Disney also sold his stolen work for profit both on their website and in the Parks. 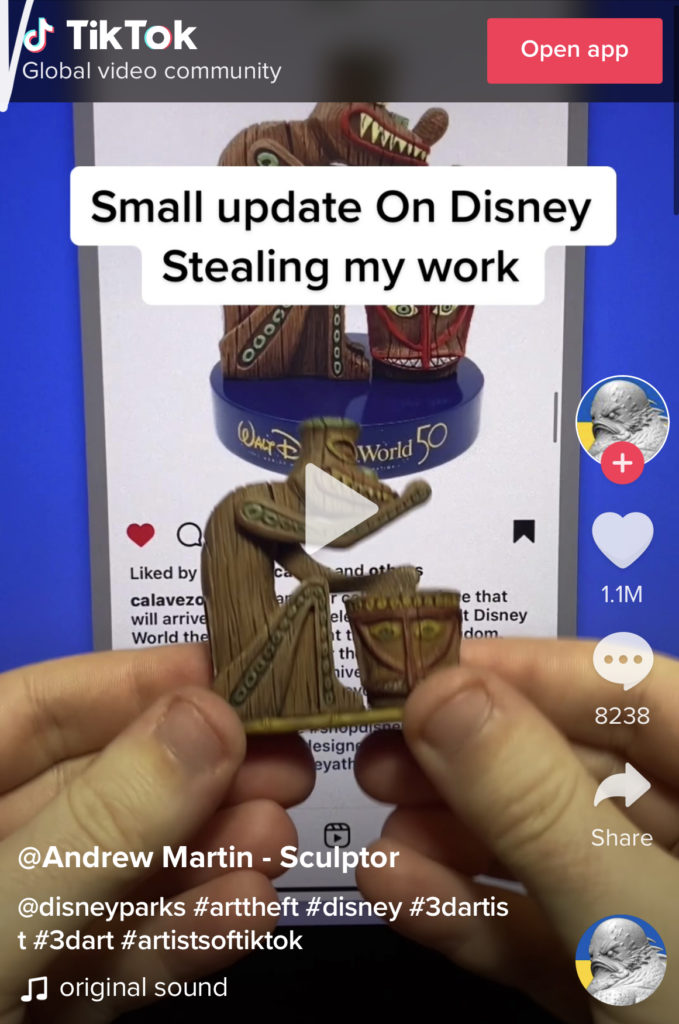 Now, Disney has recently removed the tiki box Martin is claiming he designed from the shopDisney website- so does this mean Disney is trying to retract their mistake quietly?

Andrew Martin designed a tiki music box that he shared across his social platforms last year. Martin claims that Disney saw his design, and went ahead and made a 50th Anniversary piece of merchandise to the EXACT specifications of his design…without ever consulting him or receiving his permission. Basically, Martin alleges Disney stole his work, and sold it for their own profit. 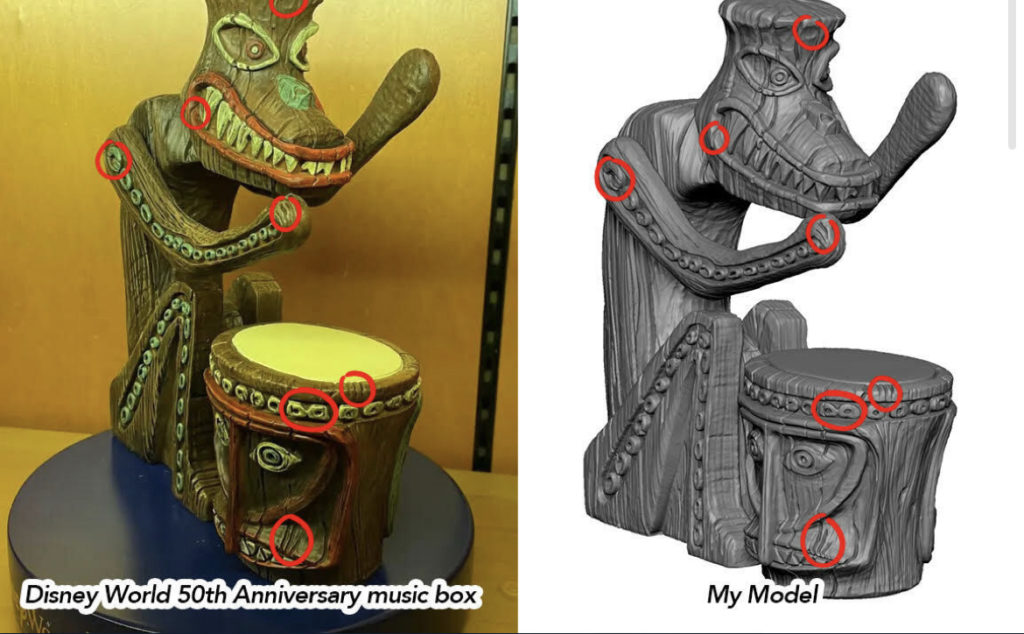 Martin posted a side-by-side comparison of his design next to Disney’s…and we must admit the similarities are glaring. Every scratch, every inconsistency, even the exact same color scheme seem to have been copied from Martin’s original design. 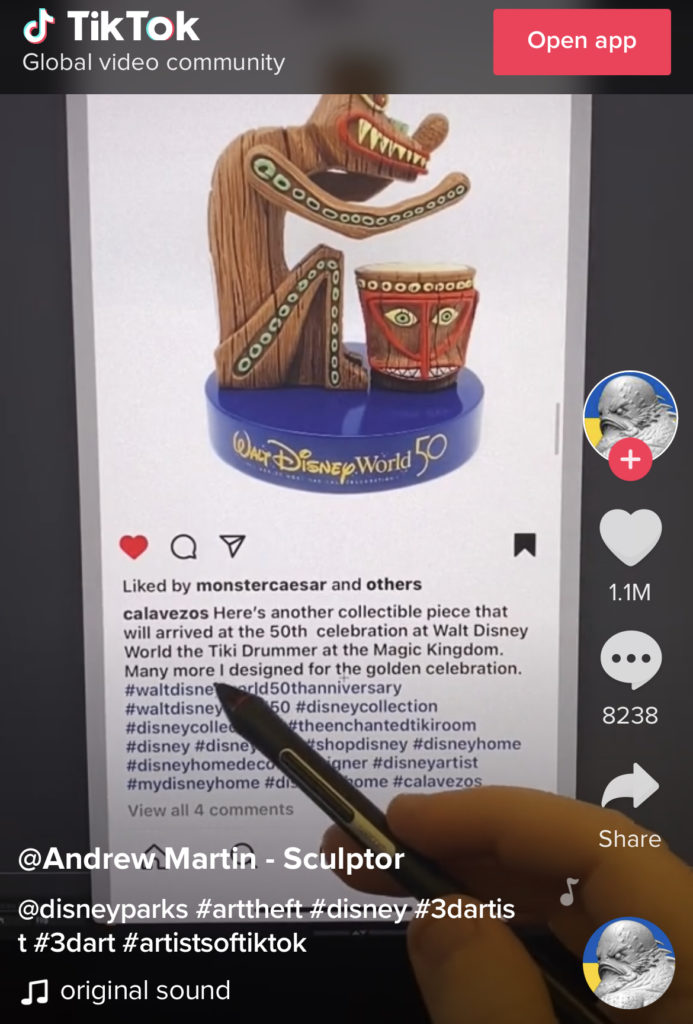 Martin did some digging himself into the designer who claimed to design the piece for Disney. Above is a screenshot of the alleged designer’s account showing the product, as well as claims by the designer that he, in fact, did design the tiki figurine for Disney. 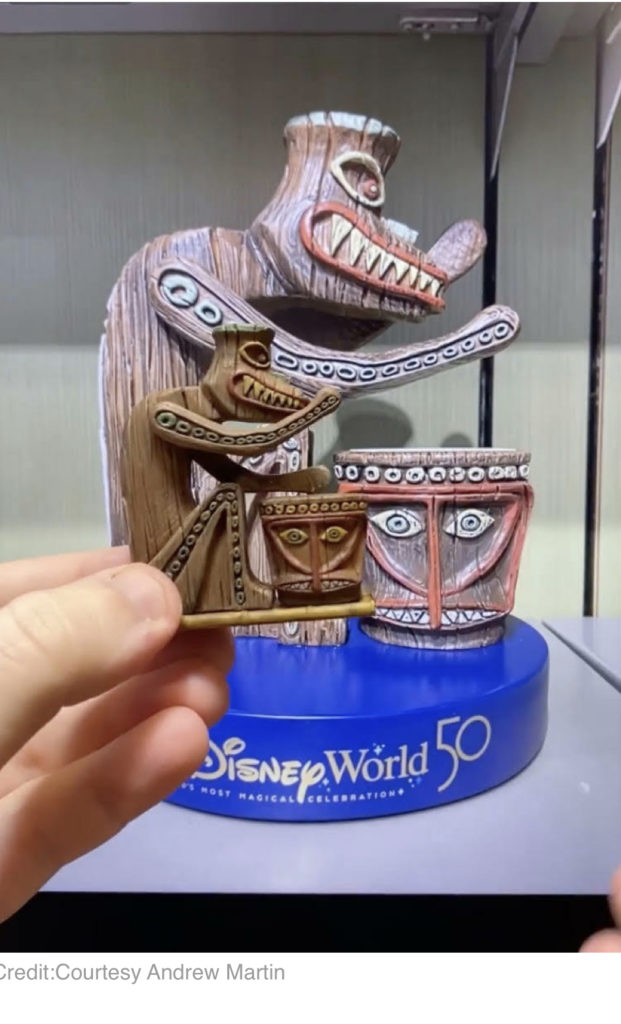 Since Martin began questioning Disney and the true origin of their rumored stolen design, the social media accounts linked to the designer (including the post claiming design credit for the tiki man) have been mysteriously taken down.

In addition to the alleged designer’s disappearance from social media, the tiki product has also been removed from shopDisney’s website where it was once sold as a part of the 50th Anniversary collection. Martin has reached out to Disney multiple times, and claims they refuse to comment on the ordeal. 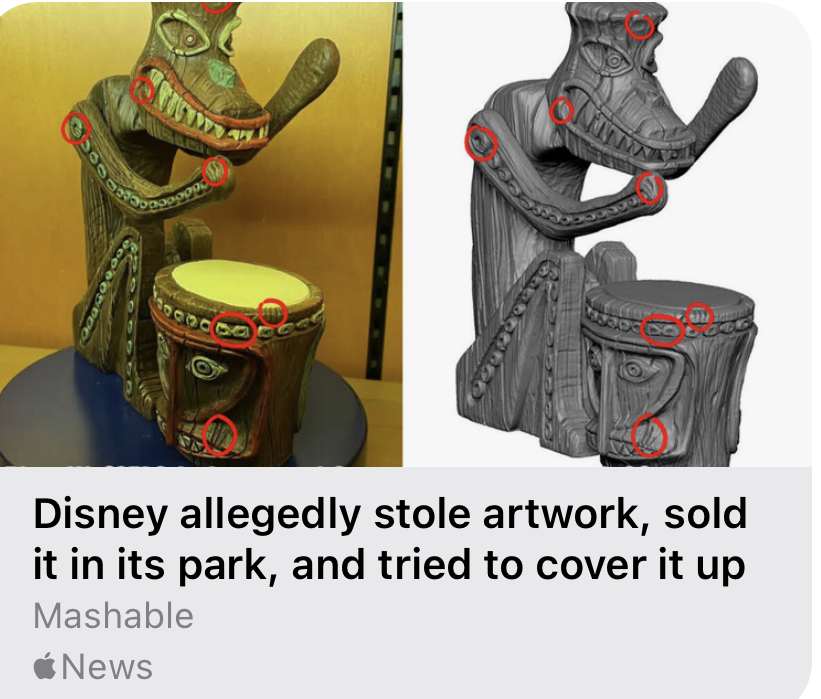 Although the designs do look exactly the same, it’s impossible to know if Disney stole the design…but we want to know what you think! Did Disney steal this artist’s designs for profit? Or is it just a major coincidence? Leave a comment and let me know!