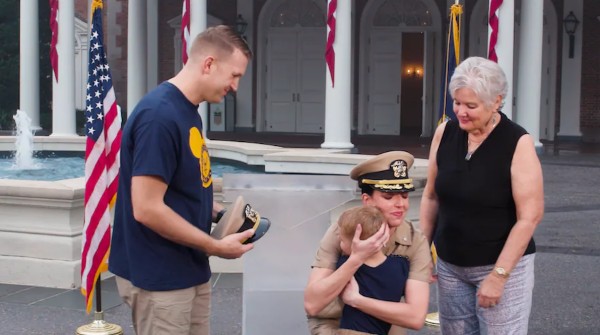 If you’ve been following along with us here at MickeyBlog you’ll know that March is Women’s History Month.  Disney is celebrating the month be highlighting women in the Armed Forces.  Disney recently thanked U.S. Navy Cmdr. Laura Stegherr for her contribution and service to our nation with a special promotion ceremony held at the American Adventure Pavilion at EPCOT. 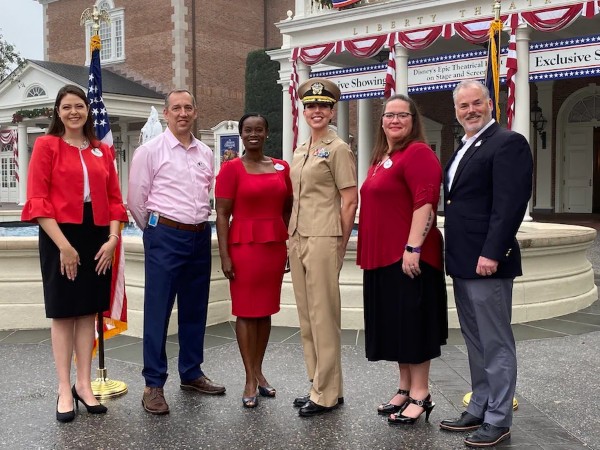 Laura had previously served in the Navy with a member of Disney’s SALUTE team, and Disney worked to make this moment extra special for Laura and her family.

The ceremony began with the national anthem and was following by presenting the order promoting Laura to Navy Commander.  She was then able to reaffirm her oath toward serving the nation.

Laura was joined by her family and she delivered remarks to honor the occasion and her husband Chris and mother Kathleen helped pin the new rank on her uniform.  Laura’s young son Jack also placed her new Commander cover on her head!

You can check out the video of the moving ceremony below:

Also in attendance at this ceremony were members of Disney SALUTE, a veteran affinity group that honors and celebrates Disney’s active military members, Veterans and their families. Also participating in the ceremony was EPCOT Vice President Kartika Rodriguez.

“The opportunity to recognize members of our armed forces is truly magical,” said Kartika.  “The American Adventure Pavilion is the perfect setting to celebrate Laura and her family who have dedicated their lives to serving our nation. The women in our military continue to set an example for us all with their valor, leadership and patriotism.” 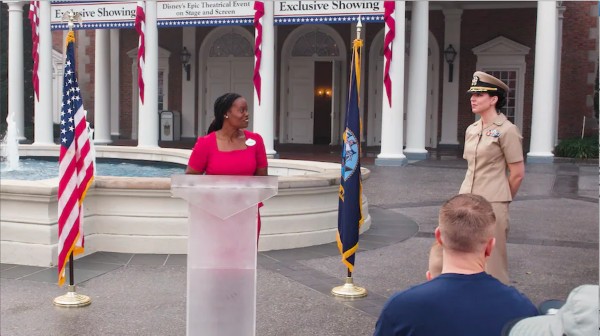 Laura is a Navy public affairs officer having served sixteen years ashore.  Her duties include having worked at the Pentagon, the USS Harry S. Truman aircraft carrier.  She also went on a United Nations peacekeeping mission in Haiti and aided disaster relief in Japan.

“Wearing this uniform and this new rank today is about the women and men who broke down barriers and made it possible for me to serve and to continue to do what I love to do. Today is truly about them,” said Laura. 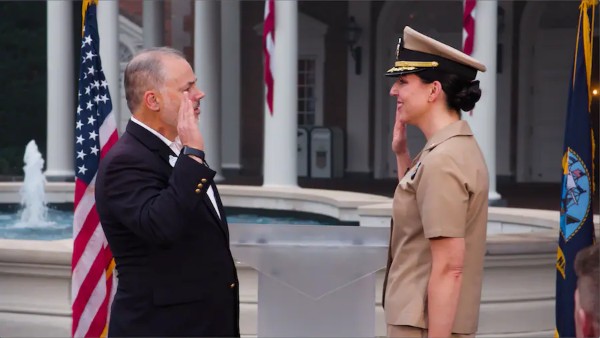 She also thanked Disney, as she shared, “Disney has always held a very special place in our hearts,” said Laura. “From coming to Disney as a young girl, to celebrating our honeymoon, and now having the privilege of bringing our son Jack. Celebrating this milestone as a family here at Disney, after deployments and months at sea, truly feels like a homecoming.” 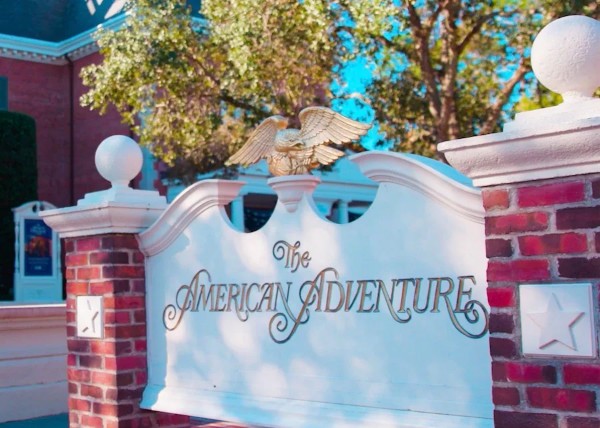 Congratulations Laura on your military promotion!  Readers are encouraged to keep following along with MickeyBlog for more Walt Disney World news and updates.