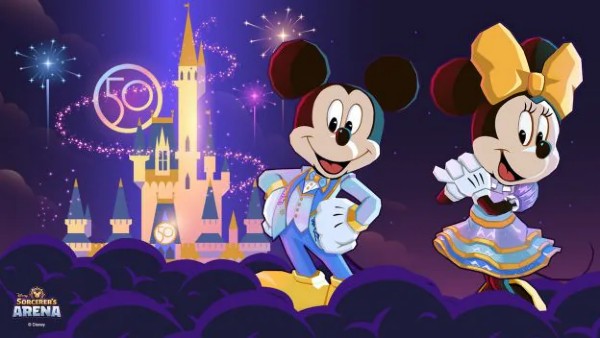 Walt Disney World’s 50th Anniversary has been going on since last October but NOW Disney is bringing it to cyberspace with the popular Disney and Pixar mobile game Disney Sorcerer’s Arena! 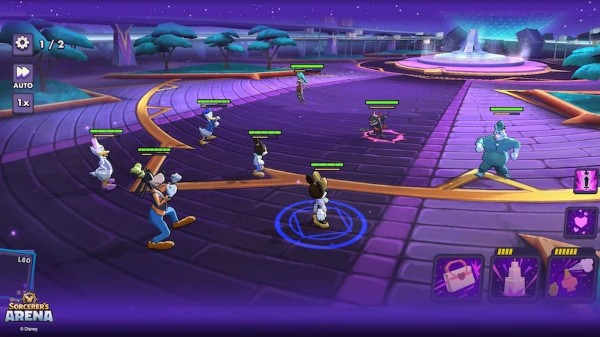 For those unfamiliar, Sorcerer’s Arena is a competitive world where every choice you makes determines your legacy.  You’ll collect a wide range of Disney and Pixar characters to help your teams win in the Arena! 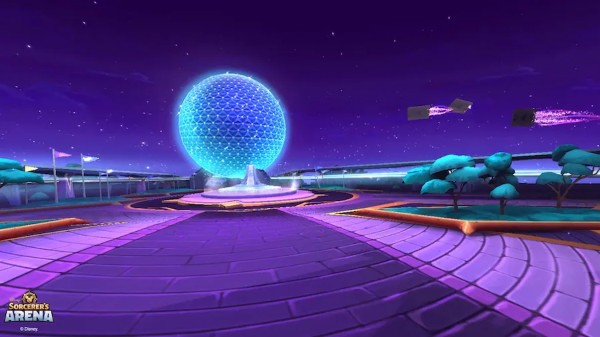 In the game Sorcerer’s Arena offers players special magic boosts inspired by Disney Parks attraction via powerful spells like Splash Mountain Soak and Thunder Mountain Boom. Best of all, this month Disney’s Sorcerer’s Arena takes it one step further with a brand new in-game arena featuring a Spaceship Earth theme (see above.)  Best of all, to celebrate Disney World’s 50th Anniversary, Spaceship Earth is even illuminated with EAR-idescent lights. 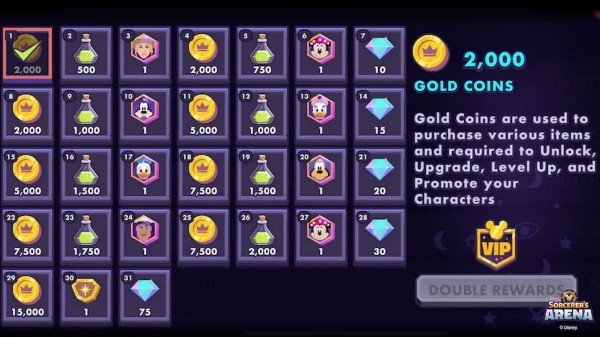 This week, if you log-in daily you’ll get even more 50th Anniversary gifts including character tokens and spells.