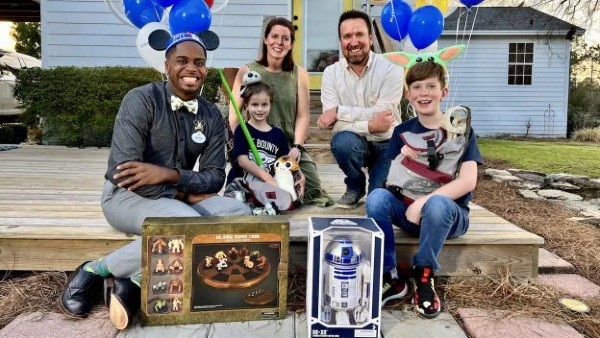 Disney and Make-A-Wish have long been collaborating on making wishes come true but now the wishes have gone out-of-this world!  Disney is giving some lucky young Star Wars fans the chance to be among the first to board Star Wars: Galactic Starcruiser.

These awesome passengers, who we’ll tell you more about in a moment, will be embarking on their maiden voyage later this week. 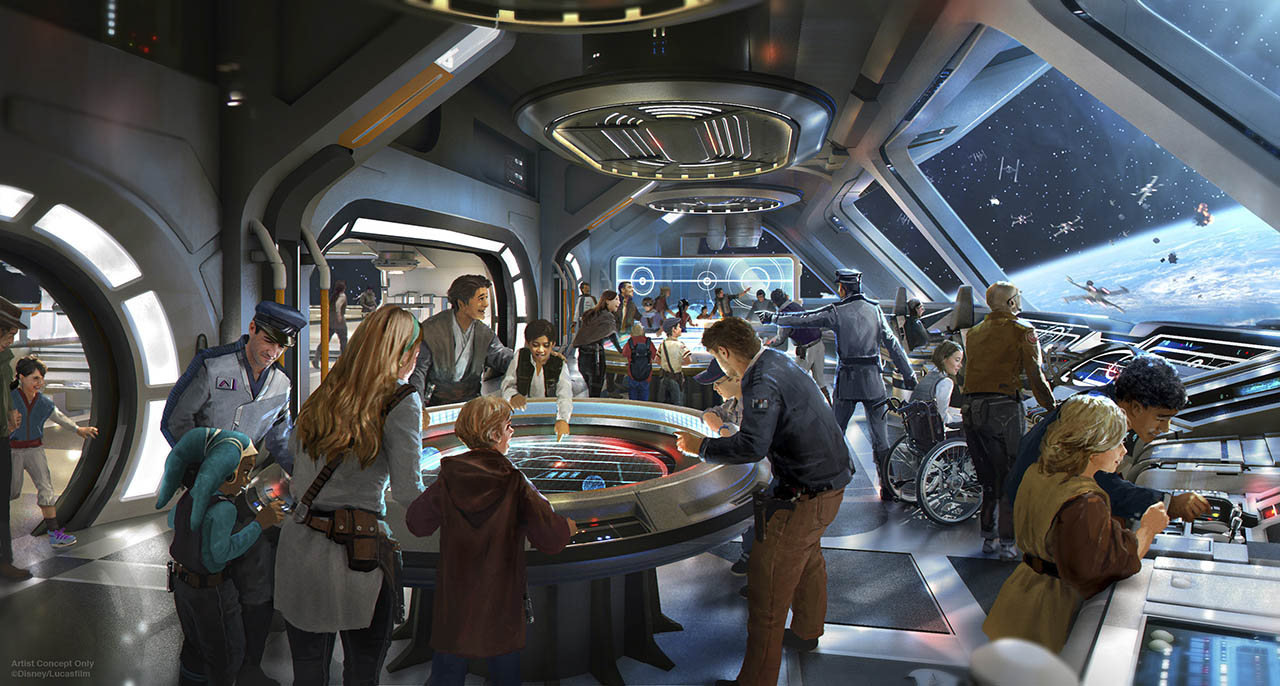 Disney has worked with Make-A-Wish for more than 40 years and has granted more than 145,000 Disney-inspired wishes.  Disney has been busy the past few weeks letting those lucky enough to be heading to space aboard the Starcruiser of the adventure that awaits.

This includes a heartwarming moment when one young Jedi named Luke form White Springs learned that his wish had come true. Check out the video below:

“Surprising Luke was one of the most special moments I’ve been part of at Disney,” Walt Disney World Ambassador Raevon Redding said. “To see the pure shock and excitement spread across Luke’s face was like nothing else I’ve ever experienced. I can’t wait to see that joy grow as he boards that magnificent ship for the first time.”

Below you can see an image from other Make-A-Wish kids who will be boarding the Halcyon: 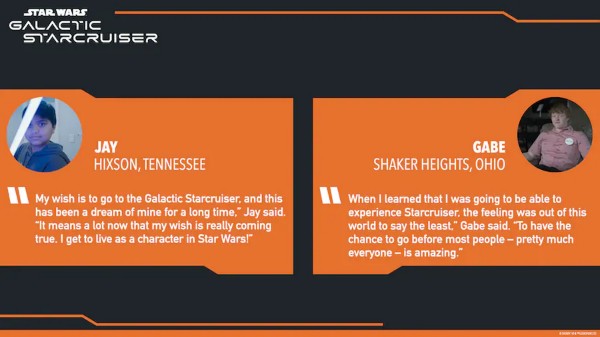 Just like Raevon, cast and crew members alike can’t wait to make dreams – or in this case, wishes – come true. This is one of many reasons why we’re proud to be cast members. The maiden wish voyage is just one of the many ways that Disney is giving back to members of the community.  The company recently donated $3 million to celebrate Disney World’s 50th Anniversary and toward important causes in central Florida!