If you’re headed to Disney’s Animal Kingdom this week, you absolutely can’t miss this epic new sand structure, which has just been completed at the entrance to the park! 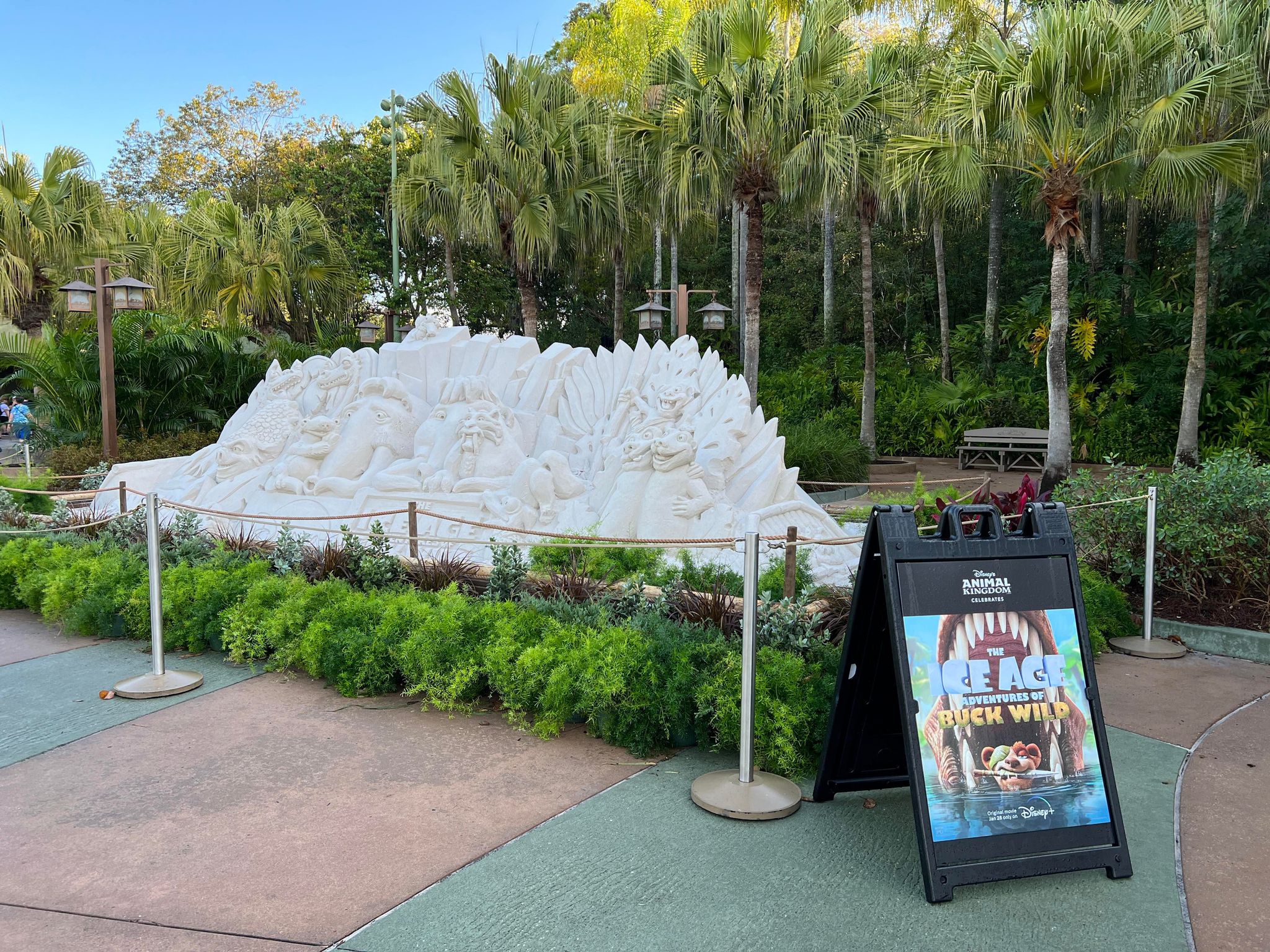 In celebration of the brand-new Disney+ movie Ice Age: The Adventures of Buck Wild, this epic work of sand art has been positioned at the front of Disney’s Animal Kingdom for guests to admire.

Featuring our favorite characters returning to the franchise, as well as some newer faces, this sculpture is an awesome promo for the brand-new movie! 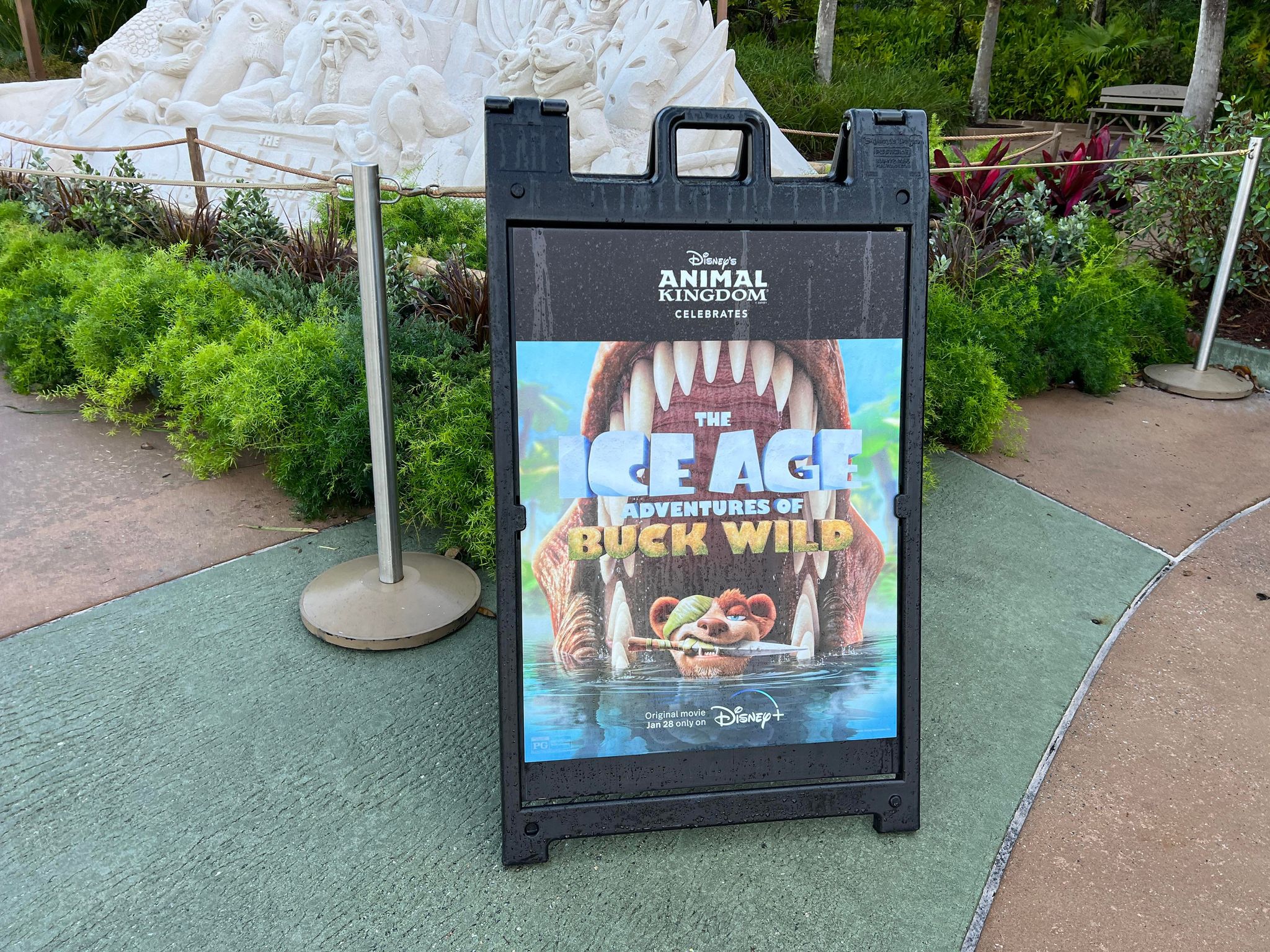 Ice Age: The Adventures of Buck Wild was released onto Disney+ back in January. The movie follows the possum brothers Crash and Eddie, who meet a feisty, one-eyed, dino-hunting weasel named Buck Wild, and adventure ensues! 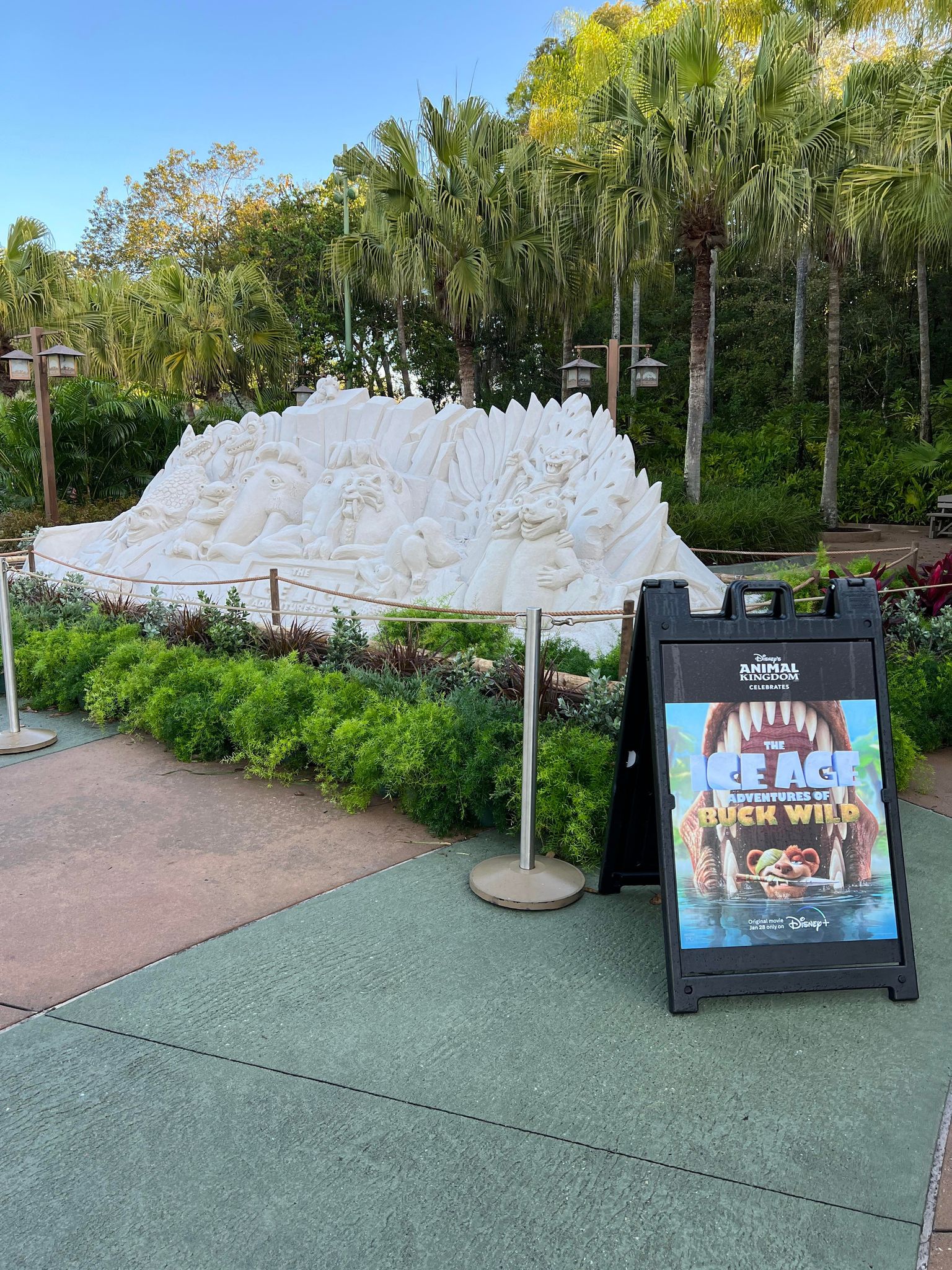 If you’re yet to watch the movie, you can find out all you need to know in MickeyBlog’s handy guide here. But, for now, let’s check out this amazing new sand sculpture! 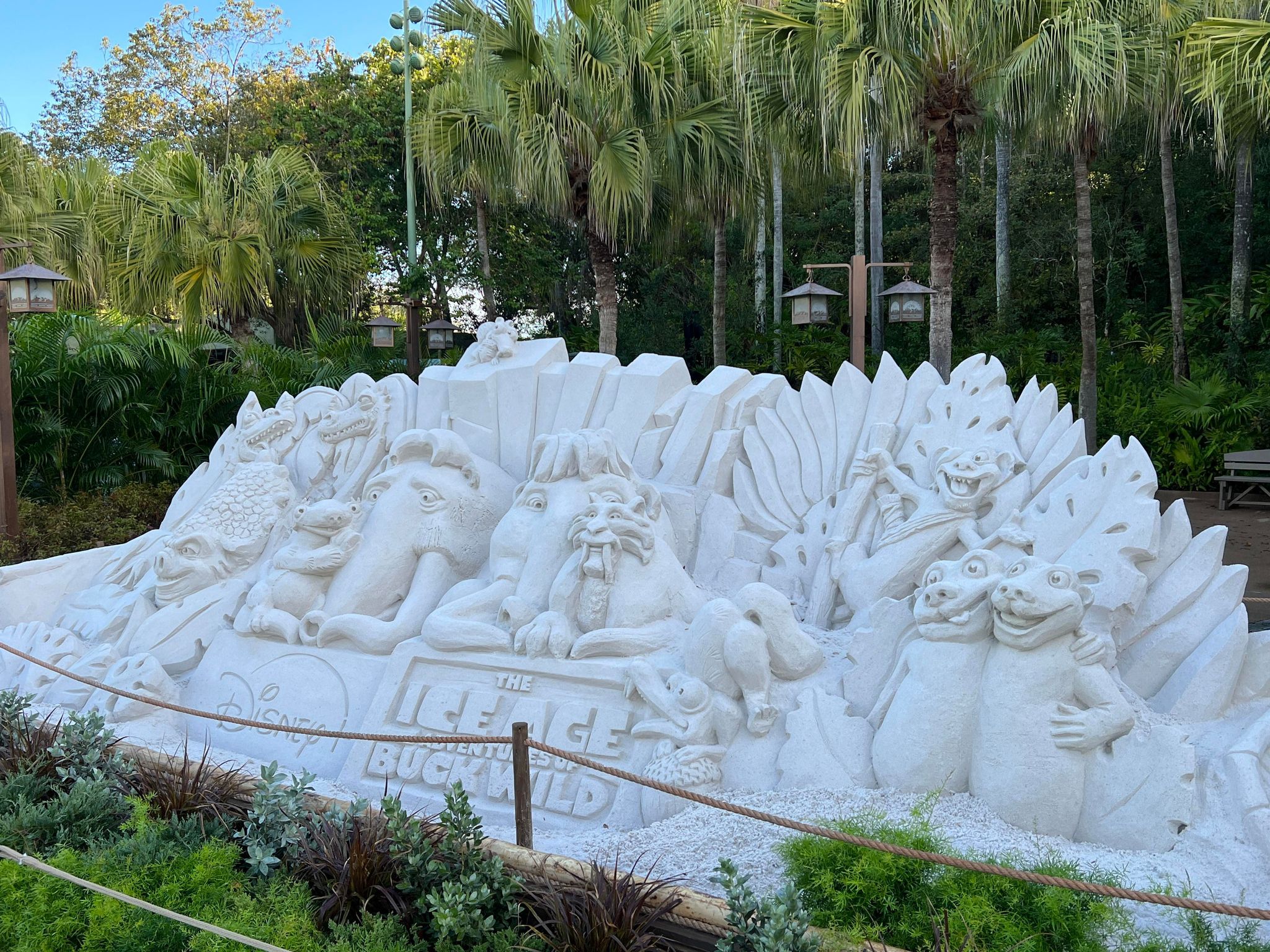 Expertly sculpted out of the purest white sand, this huge sculpture is an amazing billboard for the Ice Age franchise. 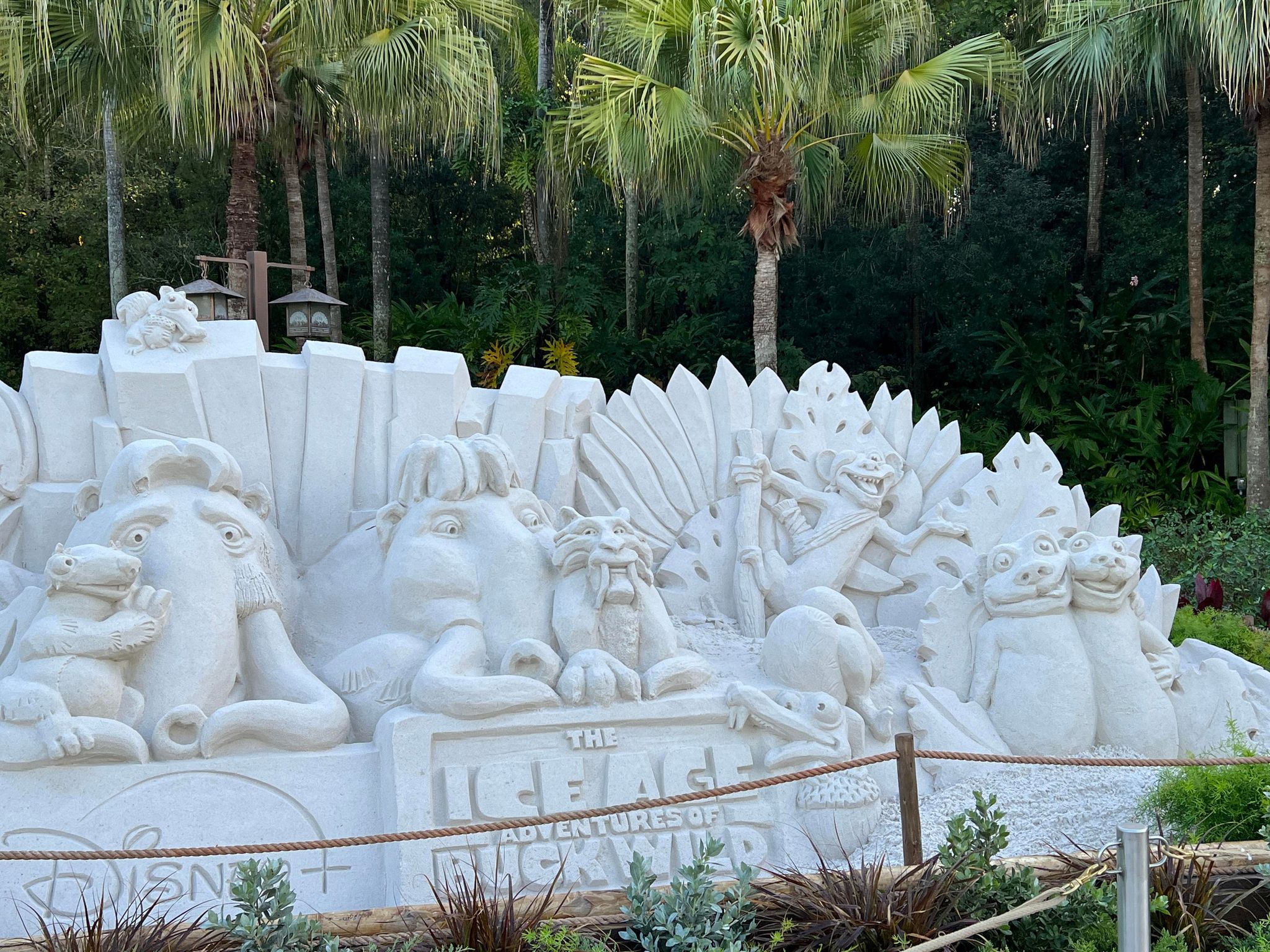 As well as Crash, Eddie, and Buck, we can also spot the familiar faces of characters including the prehistoric pals Sid, Diego, and Manny. 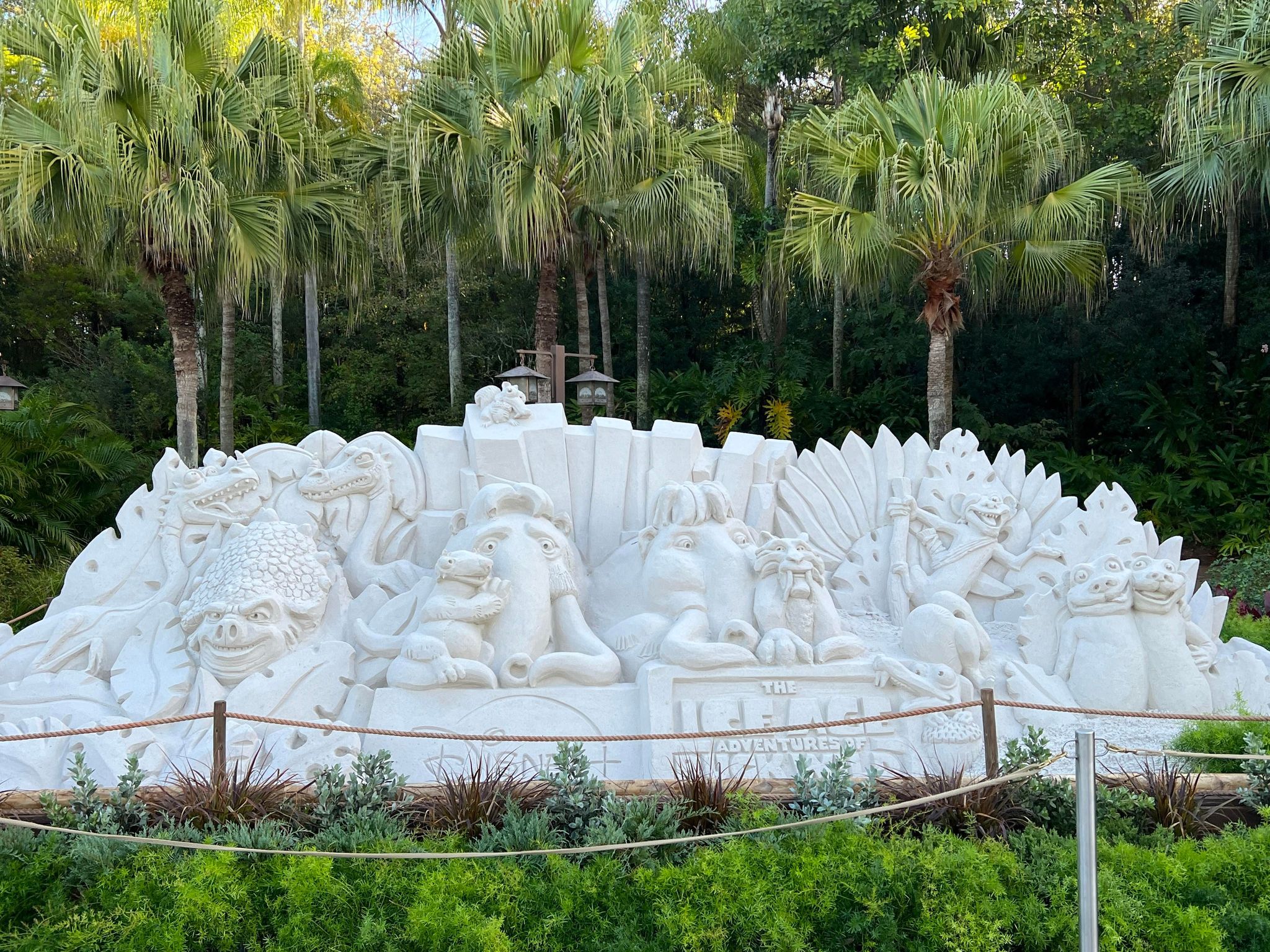 You can also spot the hilarious Scrat, a character which Disney recently lost the rights to. 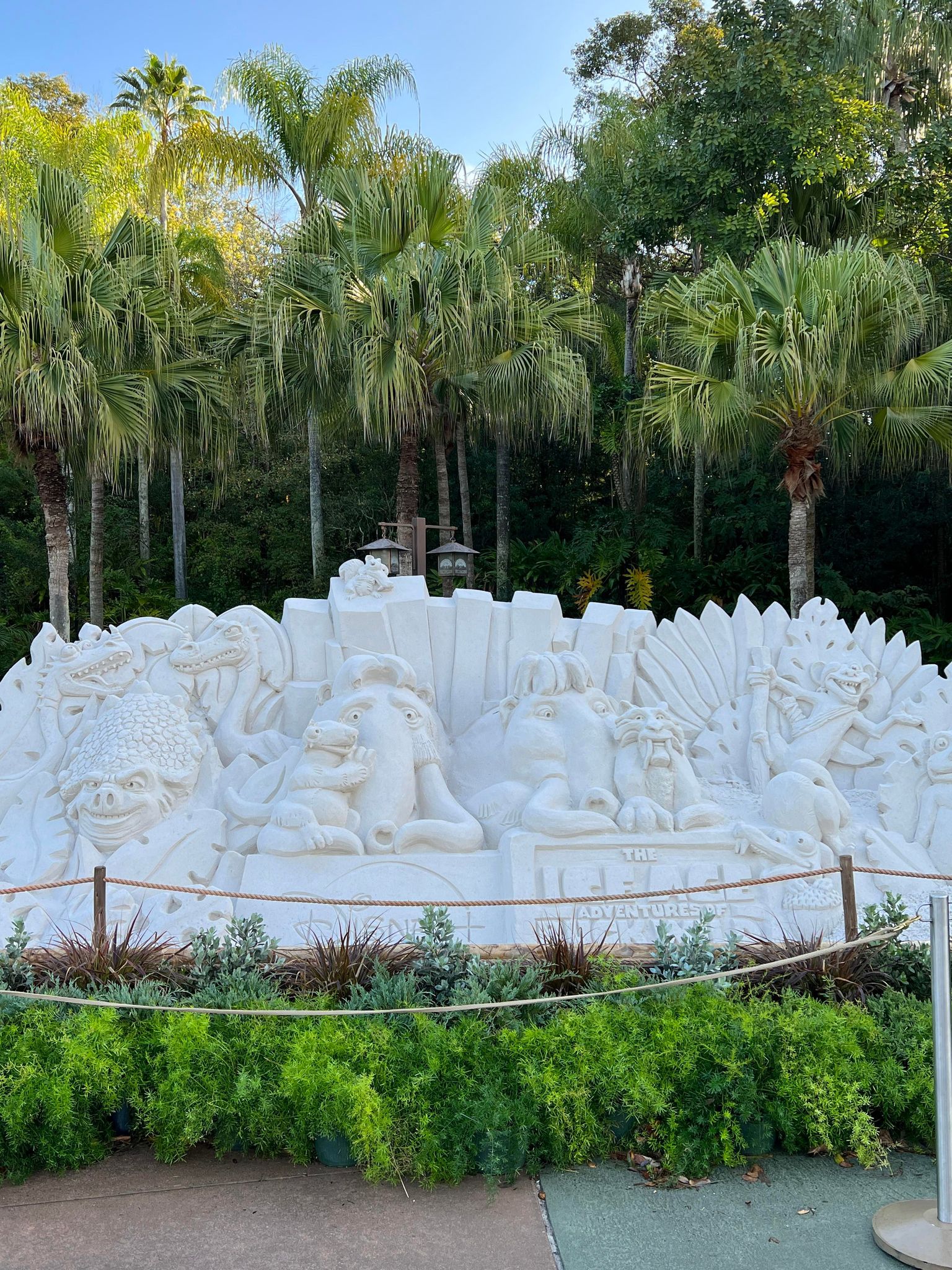 This Ice Age masterpiece isn’t the first sand sculpture to pop up in Disney’s Animal Kingdom. This time last year, an artist was busy at work on an impressive sculpture in celebration of Disney’s Raya and the Last Dragon, which was certainly a popular temporary work of art for guests to admire! 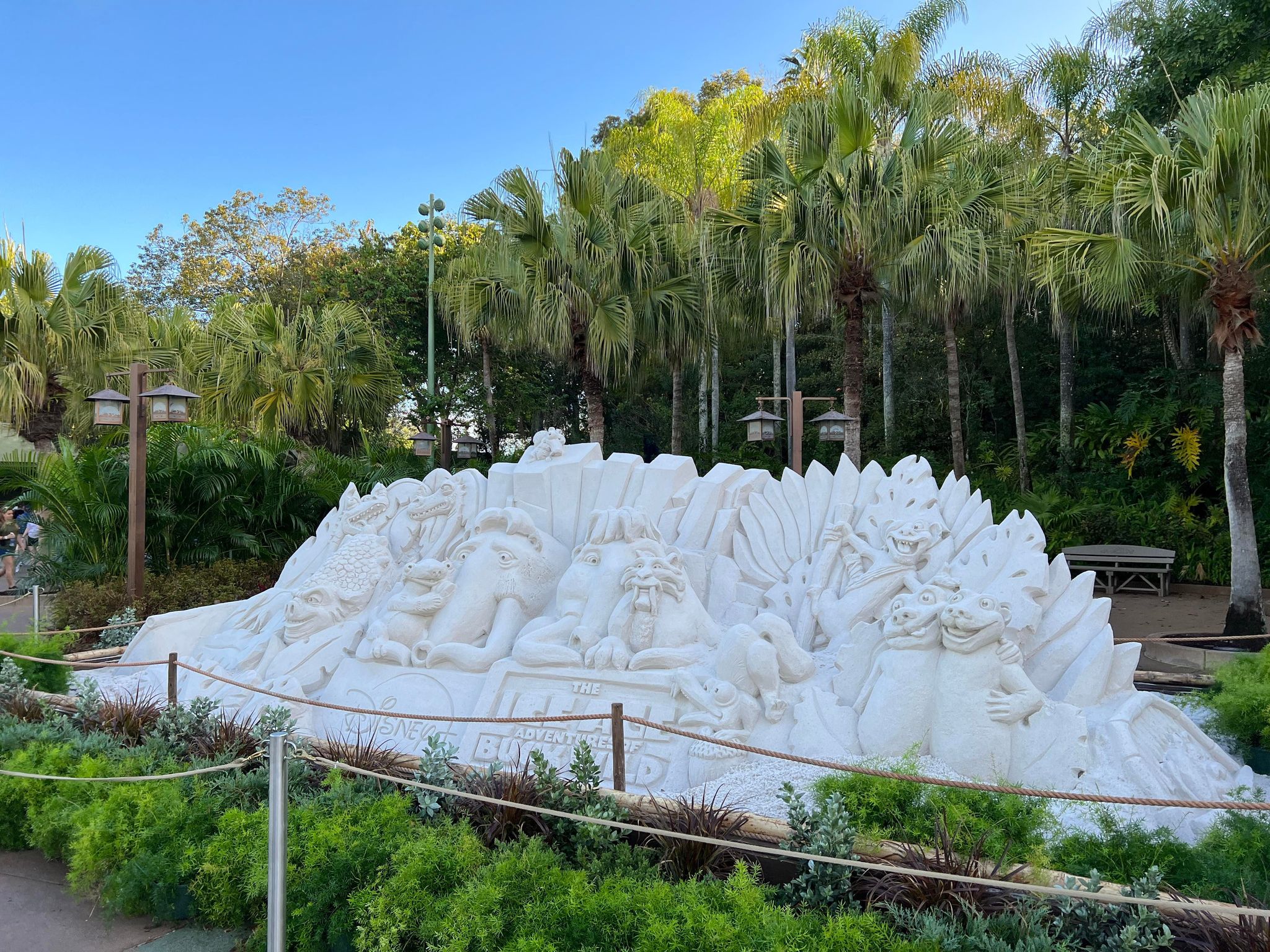 Next time you’re visiting Disney’s Animal Kingdom, make sure you stop to check out this amazing sand sculpture. And, in the meantime, don’t forget to catch Ice Age: The Adventures of Buck Wild over on Disney+!