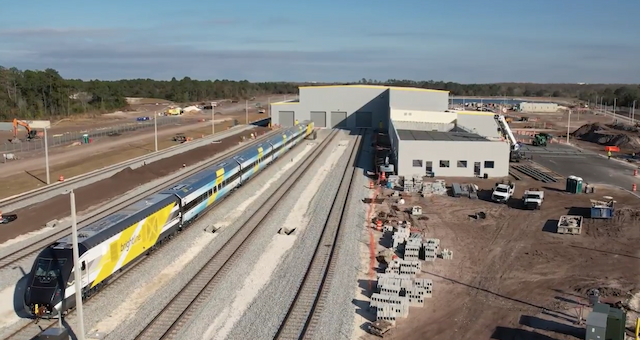 We’ve got a progress report on the high speed rail link that is currently under construction and will connect Southern Florida with Orlando and Orlando to Tampa.  The company Brightline will be operating the route and we’ve been paying close attention to its progress as part of the project is a planned route that will connect Orlando International Airport to Disney Springs.

Today Brightline announced that the first train that will transport passengers on the route has officially arrived in Orlando! 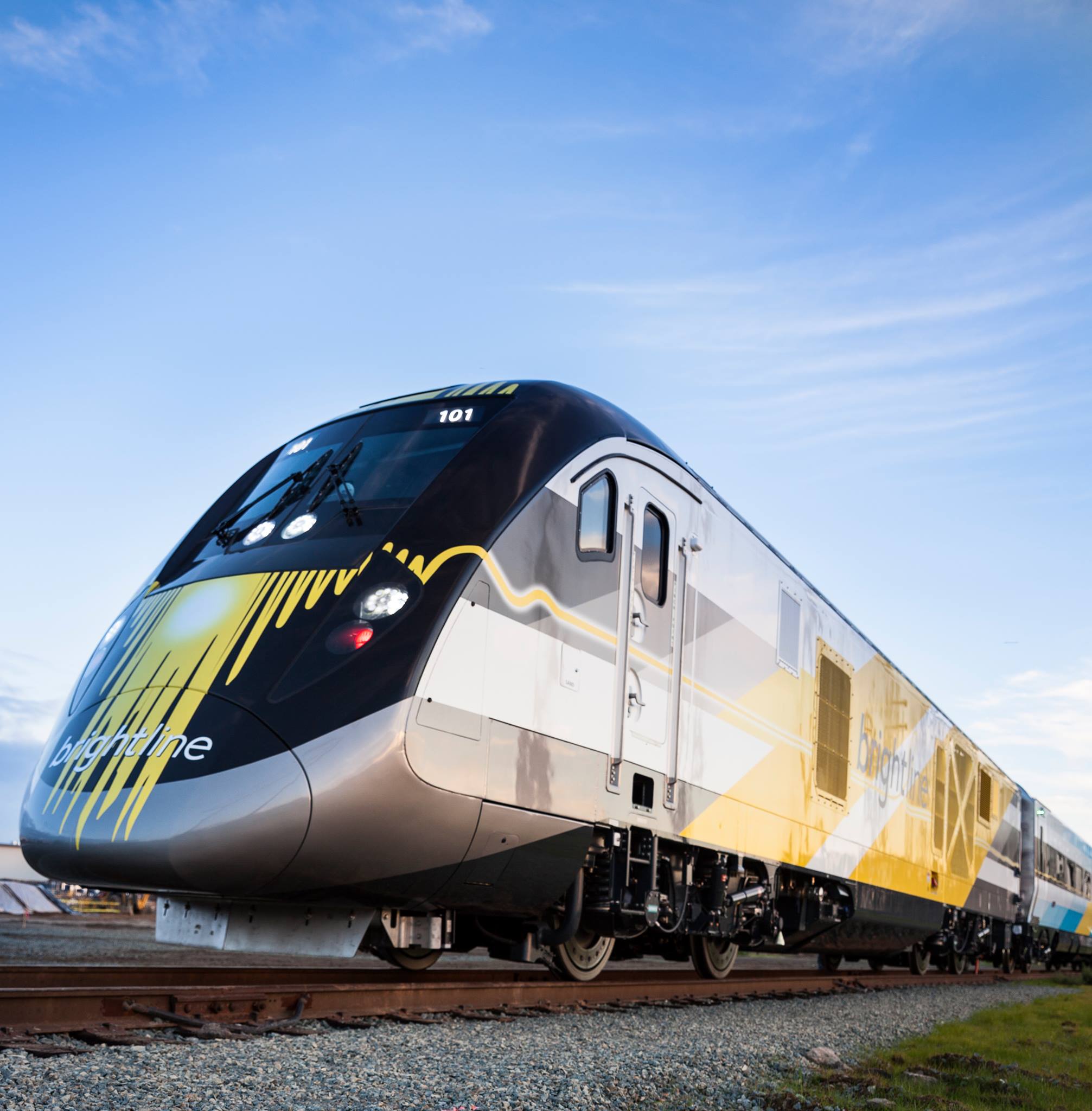 The train is called the “Bright Blue 2”  and will have its new home at Brightline’s Vehicle Maintenance Facility which is located just south of Orlando Airport.  This is an historical moment as it is the first train to arrive in Orlando.

In a recent press release, Brightline tells us that Bright Blu 2 is a six car train consisting of two locomotives and four passenger coaches.  It left the Siemens Rolling Stock facility in Sacramento at the end of January and traveled 3,000 miles across ten states before reaching its home in Orlando!

The train is the second of five new trainsets that will be arriving in Florida in preparation for the Orlando service.  The first train, Bright Red 2 arrived last October to its destination in West Palm Beach.  Once completed, the project will be the country’s first and only private high-speed rail network.

Train sets are definitely a combined effort. As Brightline tells us,  the components for the stainless-steel coaches comes from more than 160 suppliers from 27 different states. Brightline tells us in a recent press release that the trains have been designed for luxury and comfort. Highlights include ergonomic seating, contemporary communication systems and enhanced Wi-Fi. 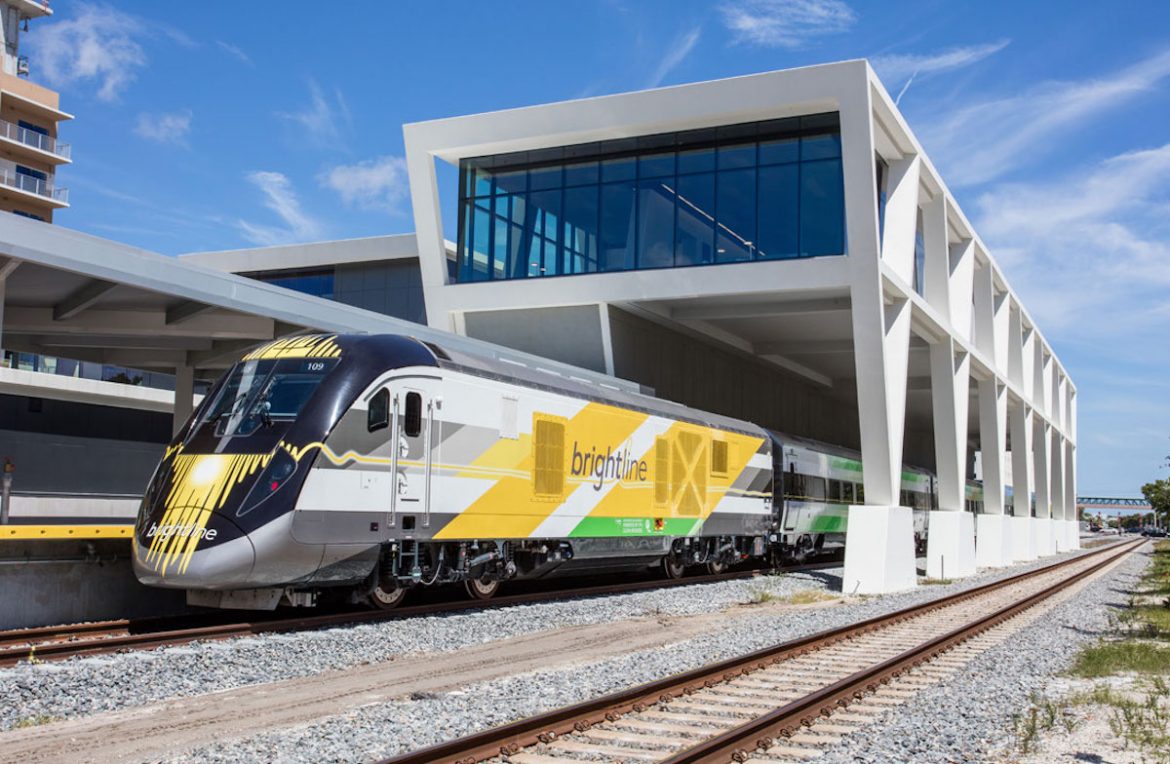 We also know that the trains will boast wheelchair storage and fully accessible restrooms meaning that they will exceed ADA requirements.

The Orlando project is currently about 70% done and over 1,300 construction workers were employed to work on the line.  Disney has yet to announce when/if services will be available from Walt Disney World. This is something we’ll be following closely so keep checking back with us!