A beautiful fusion of Disney’s fantastical characters and Japanese anime, Disney’s Twisted Wonderland is finally out for Android and IOS!

Welcome to Twisted Wonderland. Let us show you the real happily-ever-after.

"Disney Twisted-Wonderland" is now available in the U.S. and Canada!

A New Twisted World to Explore!

The premise of the game places the player in control of their own character who has been summoned forth by the infamous magic mirror to the world called ‘Twisted Wonderland’.

The mysterious masked headmaster asks you to join one of the seven dormitories, each of these dormitories is “twisted” from one of the worlds from Disney’s classic films. 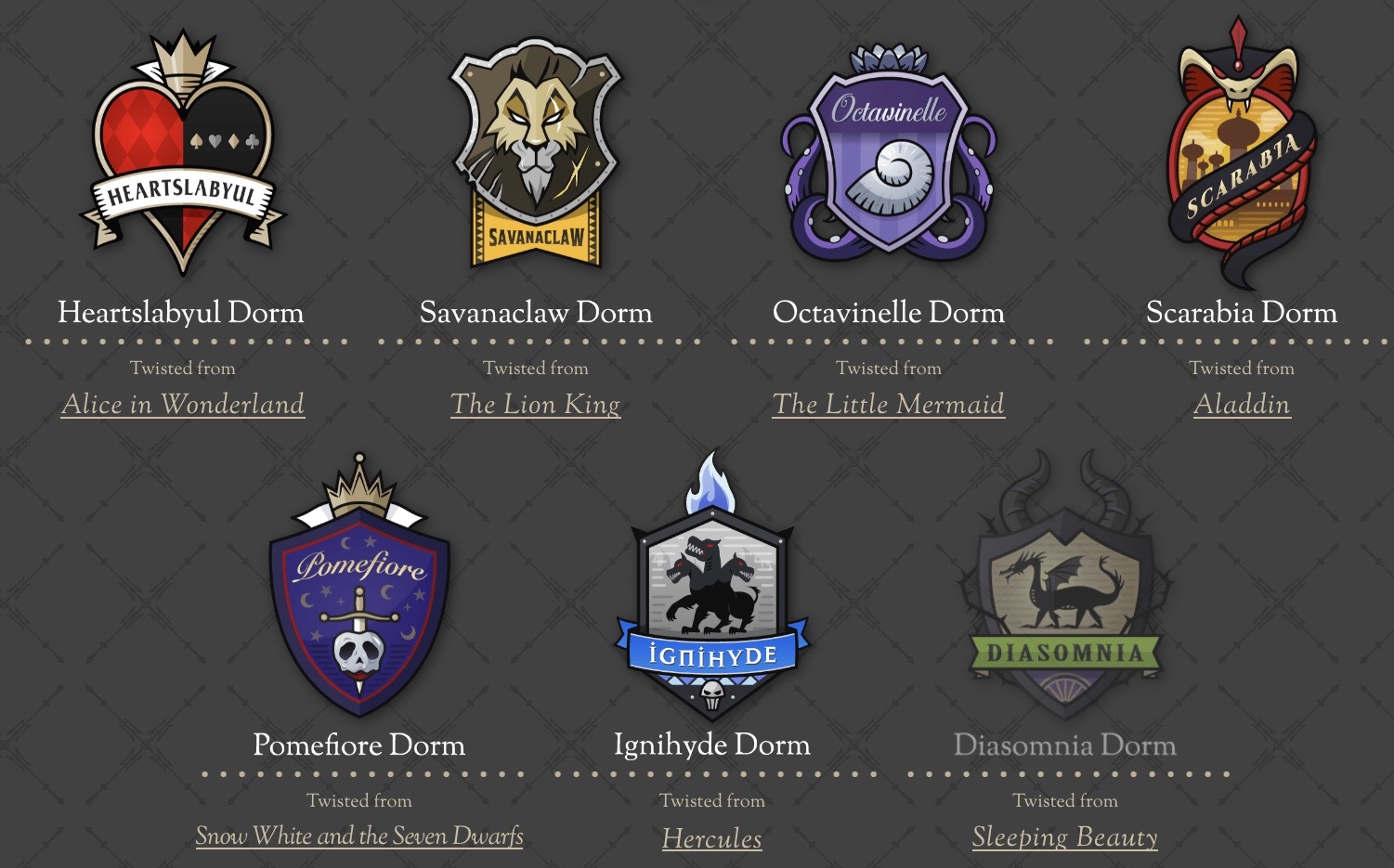 As an example, Ignihyde Dorm is based upon the film Hercules, around the villain of the film Hades, and led by the student Idia Shroud who has his own flaming set of hair. The Ignihyde dorm was based on the King of Underworld’s spirit of diligence.

Each of the 7 dorms embodies a different Disney villain. Heartslabyul for Queen of Hearts, Savanaclaw for Scar, Octavinelle for Ursula, Scarabia for Jafar the sorcerer, Pomefiore for the Evil Queen, Diasomnia for Maleficent, and as mentioned prior Ignihyde for Hades.

One of the great aspects of the game is that it utilizes two captivating battle systems!

The first battle system, reminiscent of Aniplex’s other mobile hit Fate/Grand Order, is a turn-based tactical RPG system that allows you to control a group of characters and their spells, attacking twice per turn.

The second battle system, titled ‘Twistunes’, is based around music! The player must tap the note as it enters into the target. Twistunes segments are often used to advance the story and are ranked on a grade of D to S.

Twistunes help to break the game up from repetitive turn-based battle, allowing for tons of fun!

One aspect of the game that longtime fans of Disney may enjoy is the easter eggs that are scattered throughout. Through connections of Disney’s many famous worlds, to characters from the various films, the game has several connections and easter eggs.

One particularly interesting easter egg was the enemy Ramshackle Ghosts. The ghosts have a striking resemblance to the Lonesome Ghosts from Disney’s 1937 film of the same name. How many Disney Easter eggs can you spot!?

The mobile game looks to be an interesting foray for Disney into Japanese anime. The game was released over a year ago in Japan and finished within the top ten for mobile games. With the Japanese audience loving the Disney game.

The Twisted Wonderland Twitter has also been releasing special animated shorts, which are even voiced by well-known Japanese voice actors! These clips give a glimpse of the character, while showing the anime-style sequencing!

Play through Main Story Book 2: The Usurper from the Wilds featuring the characters twisted from The Lion King – Savanaclaw Dorm!

The unique perspective of twisting Disney-related stories into characters and stories of their own sounds like a fan’s dream come. Twisted Wonderland is just getting started and we cannot wait to see what is on the horizon!

If you are a fan of Disney be sure to check out this game available for both IOS and Android today!

As the tag line says – Let us Show you the real Happily-ever-after!