With New Year’s Eve festivities getting back to normal after the pandemic, the Magic Kingdom DJ has returned to the castle stage.

Each year on December 30th and December 31st, the DJ will take to the stage in between the two firework spectaculars that will light up the sky surrounding the Magic Kingdom. 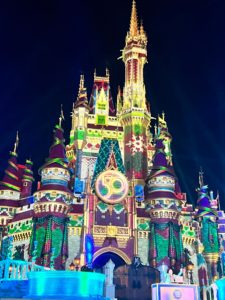 Including the DJ at an event such as New Year’s Eve proves to be a success as he brings in the party spirit to guests looking to enjoy the festivities.

This is opposed to when a DJ randomly showed up one evening on the Main Street train station to bid guests a good night in late August, which led guests to become very confused and file complaints. 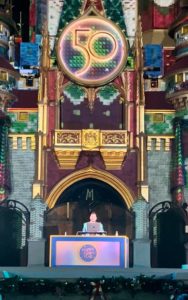 As you can see, he stands in the middle of the castle stage with Cinderella Castle standing in all of her Christmas glory with one of the different Christmas projections on show. 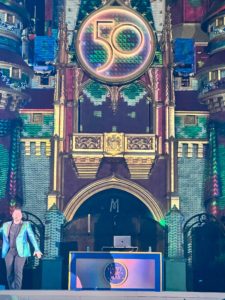 The DJ booth says “Happy New Year” with a navy and iridescent detailing on to match Walt Disney World’s 50th-anniversary celebrations that is currently being held until March 2023. 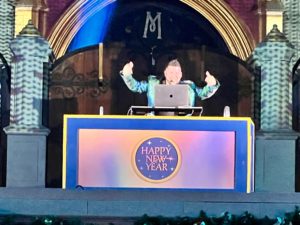 The DJ is doing a great job by not only playing music but hyping up the crowd with his enthusiasm as well.

We can imagine the view of the crowds from the stage can be daunting! 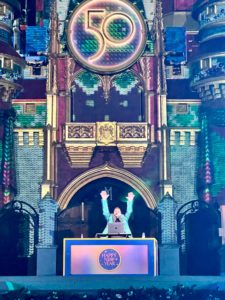 What will you be doing to ring in the new year? Will you be adding any Disney touches to your celebrations?

Remember that Disney’s New Year’s Eve fireworks ‘Fantasy In the Sky’ will be streamed live from Disney Parks Blog to help you and your family celebrate, even when away from the parks.